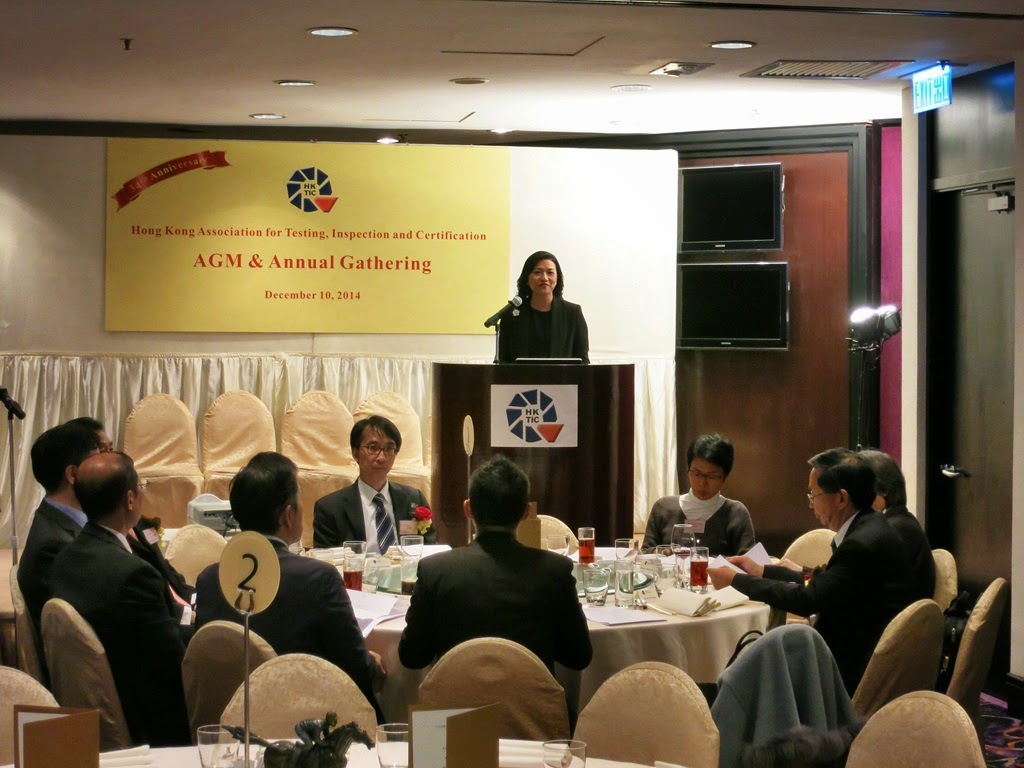 Mr Felix Chan (Fugro Technical Services Ltd) was elected as our Chairman in AGM and gave a welcome speech to all members. He expected to enhance HKTIC platform for resource sharing and information communication. 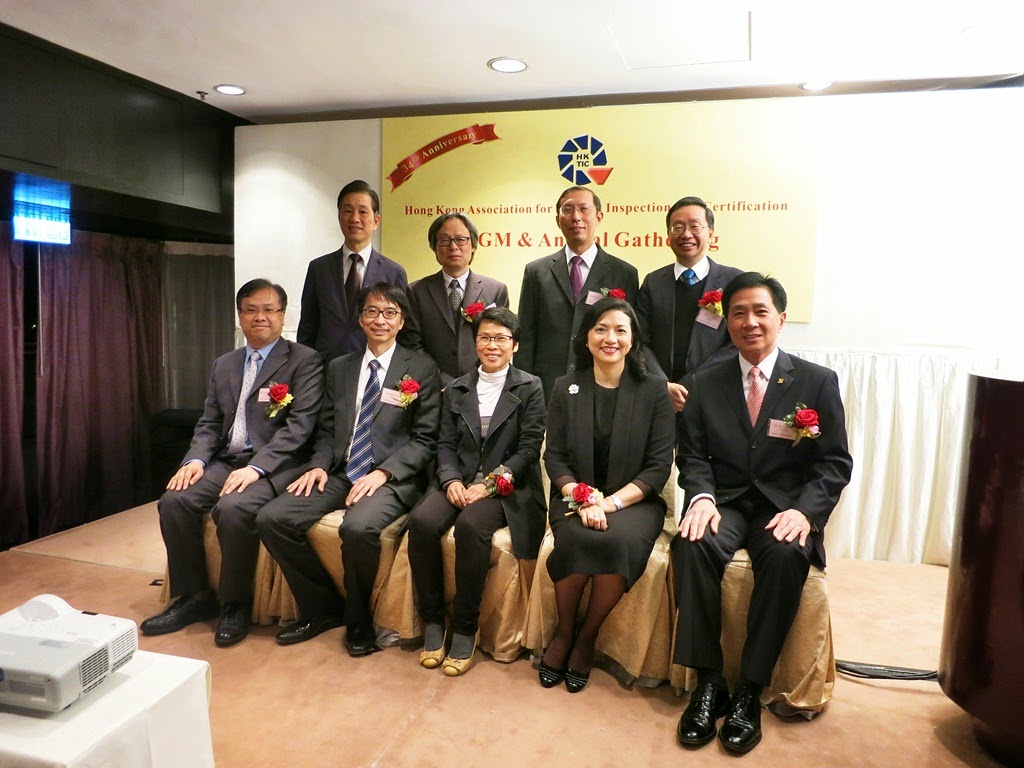 Mr. Kesson Lee (Secretary-General(T&C), HKCTC) was the first guest speaker. He appreciated HKTIC to support HKCTC for many activities included seminar, leaflet development and talent development. HKCTC had promoted T&C industry to 11 secondary schools in 2014. The new leaflet would be focused on food testing and certification. Moreover, he said HKTIC contribution a lot on CCC development. He also told us that ISO 9001 TC176 meeting would be held in Nov 2015 in Hong Kong and it expected to have more than 300 experts participation. Dr. George HK Lau (Asso. Professor & Programme Leader (Testing & Certification), School of Science and Technology, OUHK) was the second guest speaker and his talk entitled “An Update on Profile of the Testing and Certification Industry in Hong Kong”. 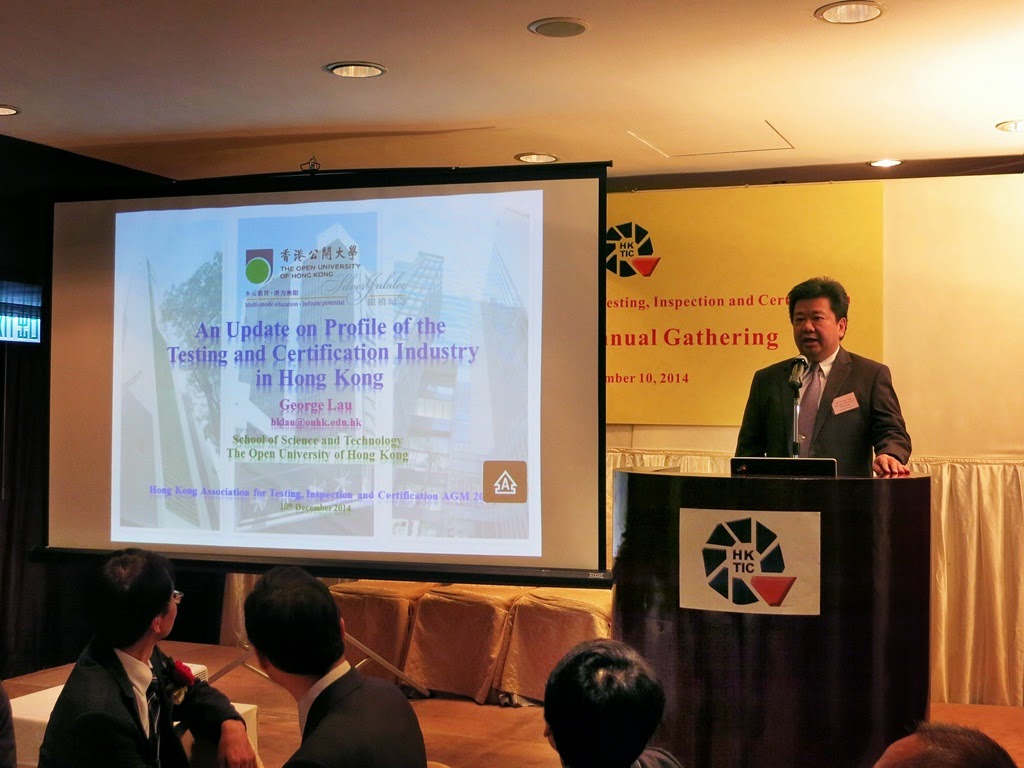 Firstly, Dr. Lau introduced the background of T&C industry in Hong Kong. The Task Force on Economic Challenges was formed in Oct 2008 by HKSAR government to study the impact of the global financial crisis in 2007. Then TFEC identified six economic areas (six potential industries) in Hong Kong in April 2009 and Testing and Certification was one of areas. After than the Hong Kong Council of Testing and Certification (HKCTC) was established to drive the development of the T&C industry. The industry profile was showed as following diagram. 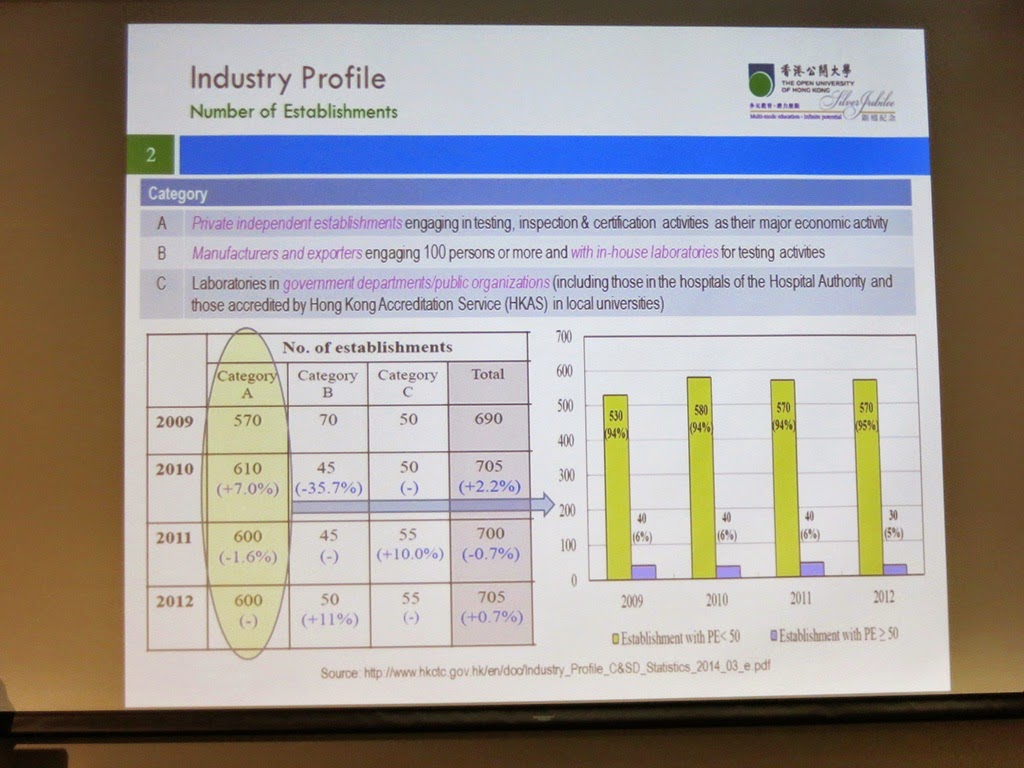 After Dr. Lau analyzed the composition of the T&C industry included number of employee and their qualification, business receipts and distribution. He showed the Gross Surplus / Business Receipts Ratio and found that T&C industry was as good as Accountancy and Legal activities! Overall GDP was increased by 8.6% in 2012 and had continuous increased since 2009. Finally, Dr. Lau concluded that “China has created both opportunities and challenges for the local T&C industry and Hong Kong has an excellent reputation in high integrity of practitioners – which is the core element for the T&C industry”. 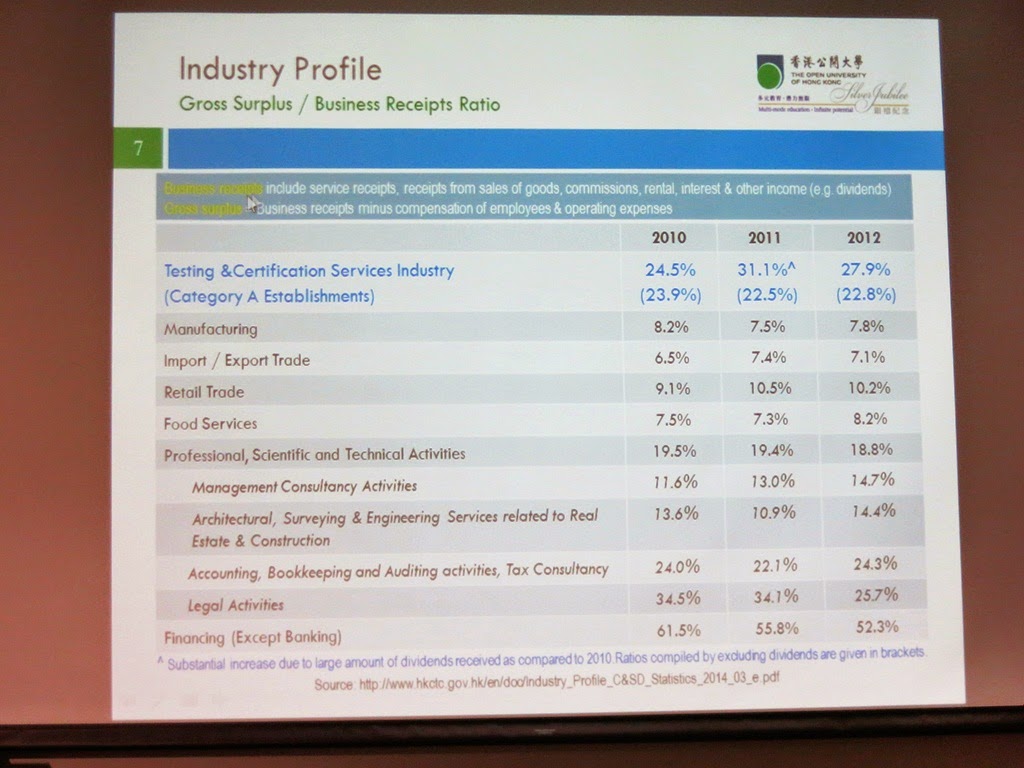 After that our Chairman presented a souvenir to both guests and took a group photos with all participants.
Group photo with all guests (HKTIC General Committee member) 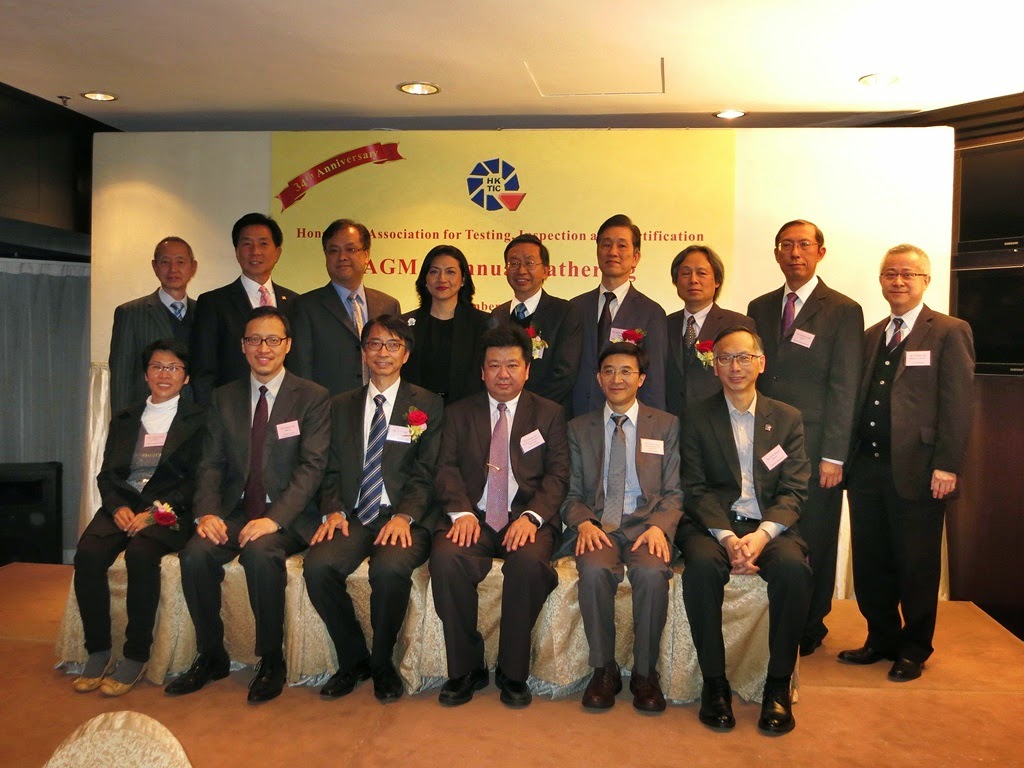 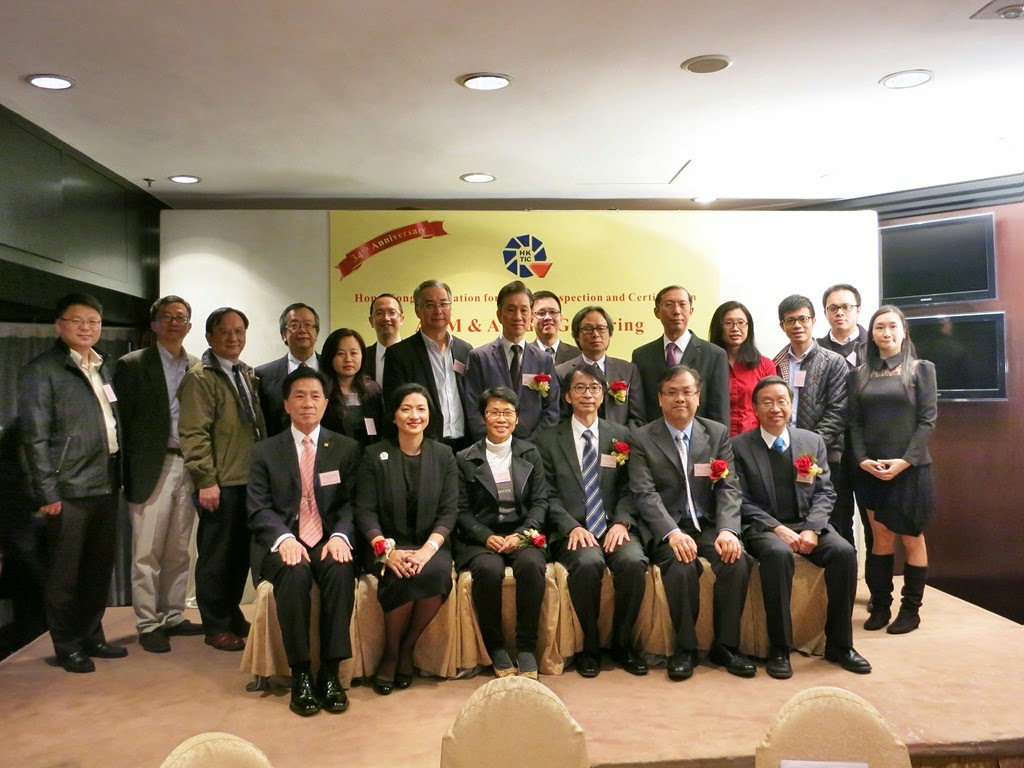 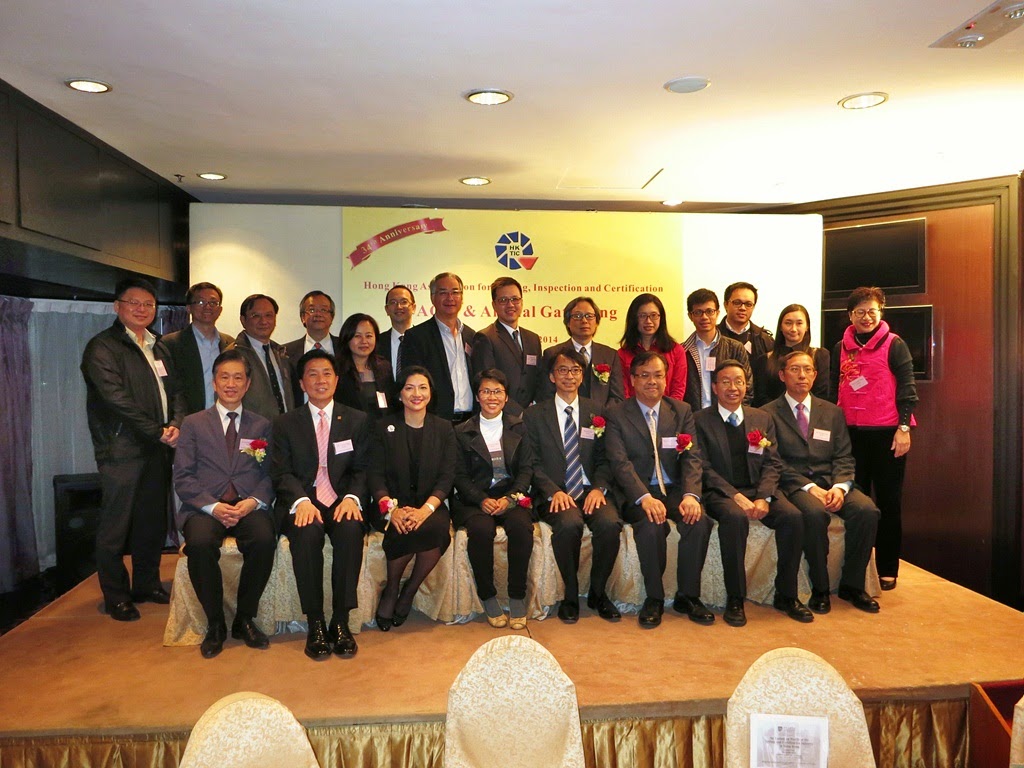 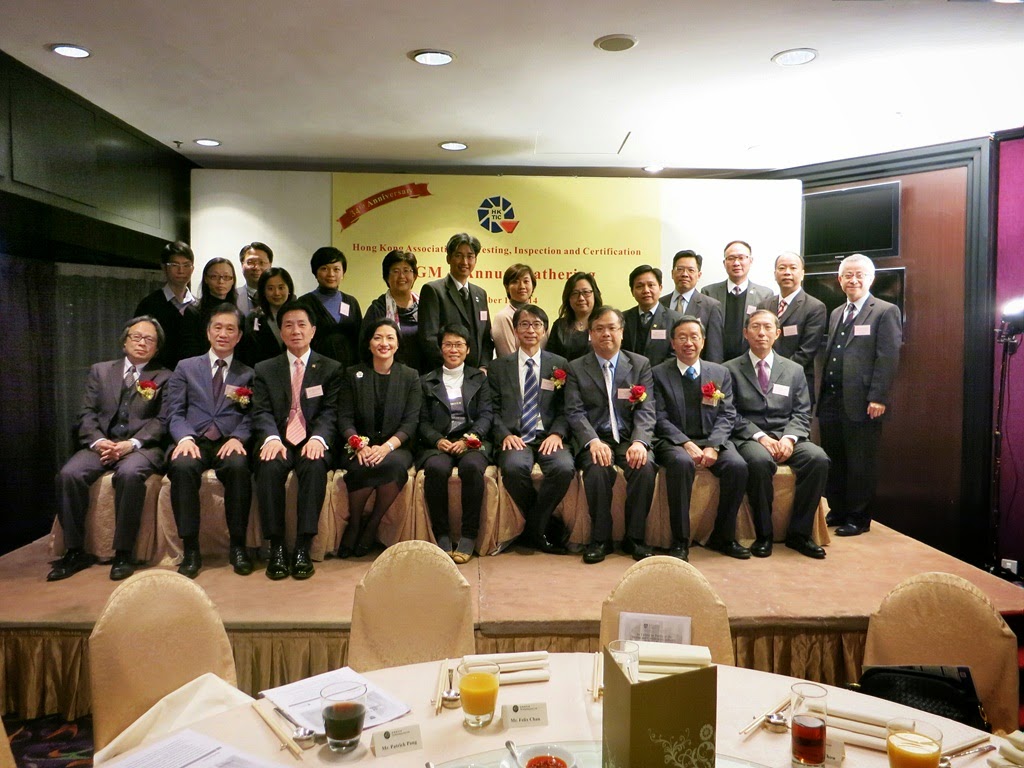 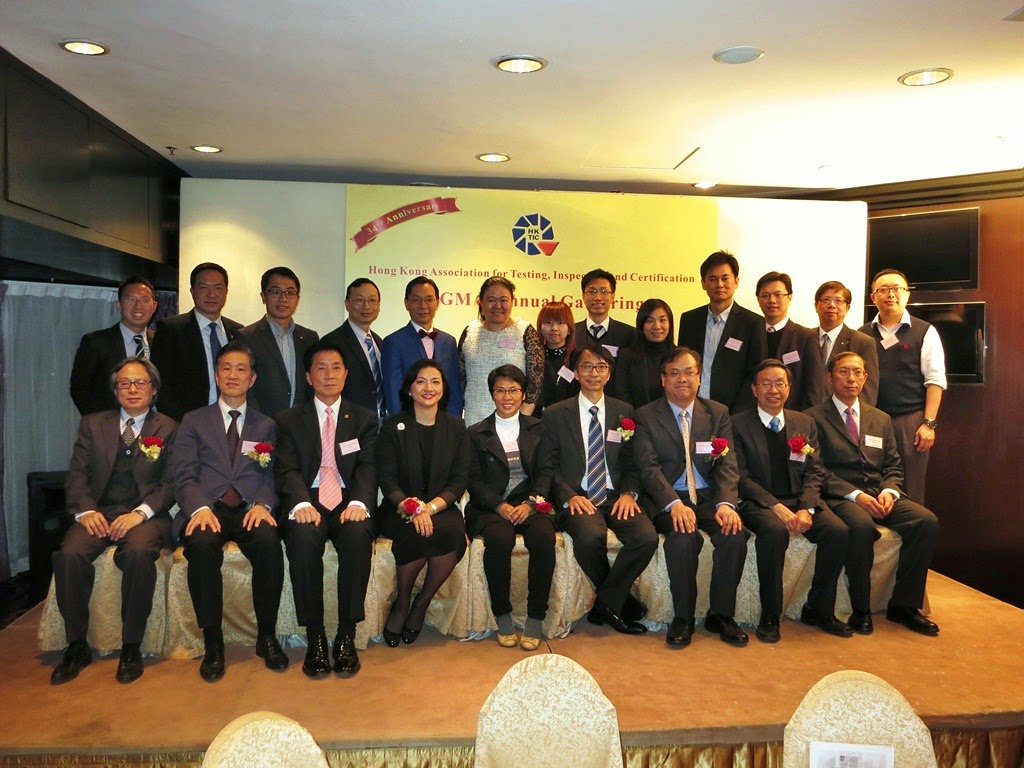 Then I took a photo with Mr. Matthew Yien (HKQF – ITAC Secretary) 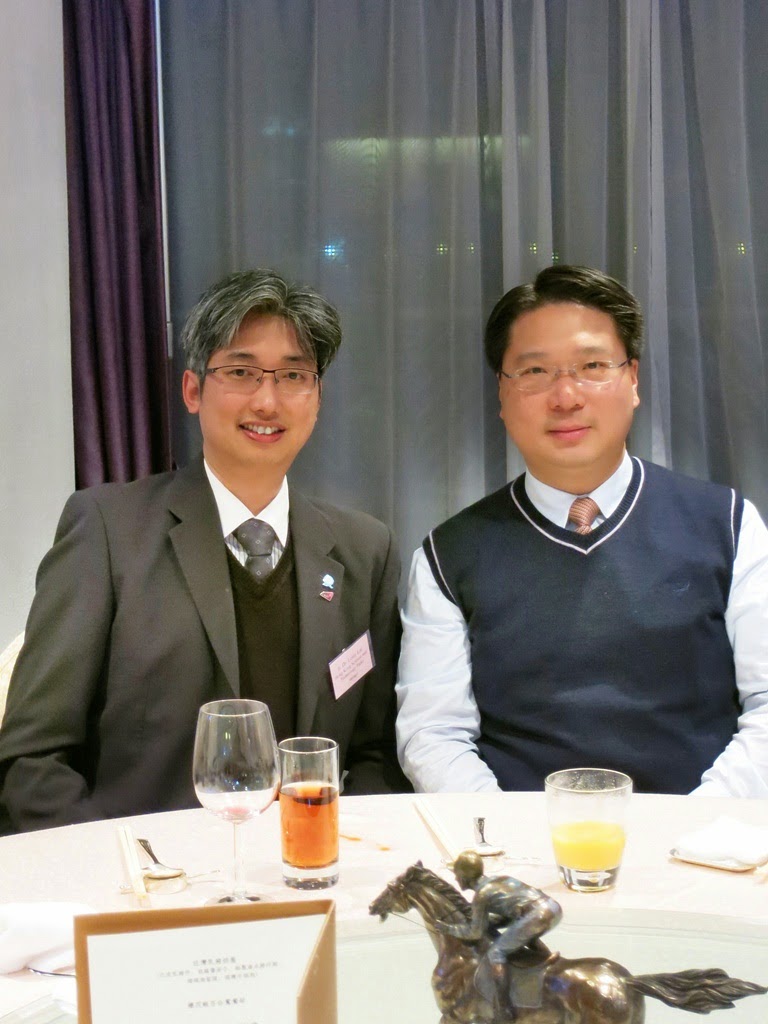 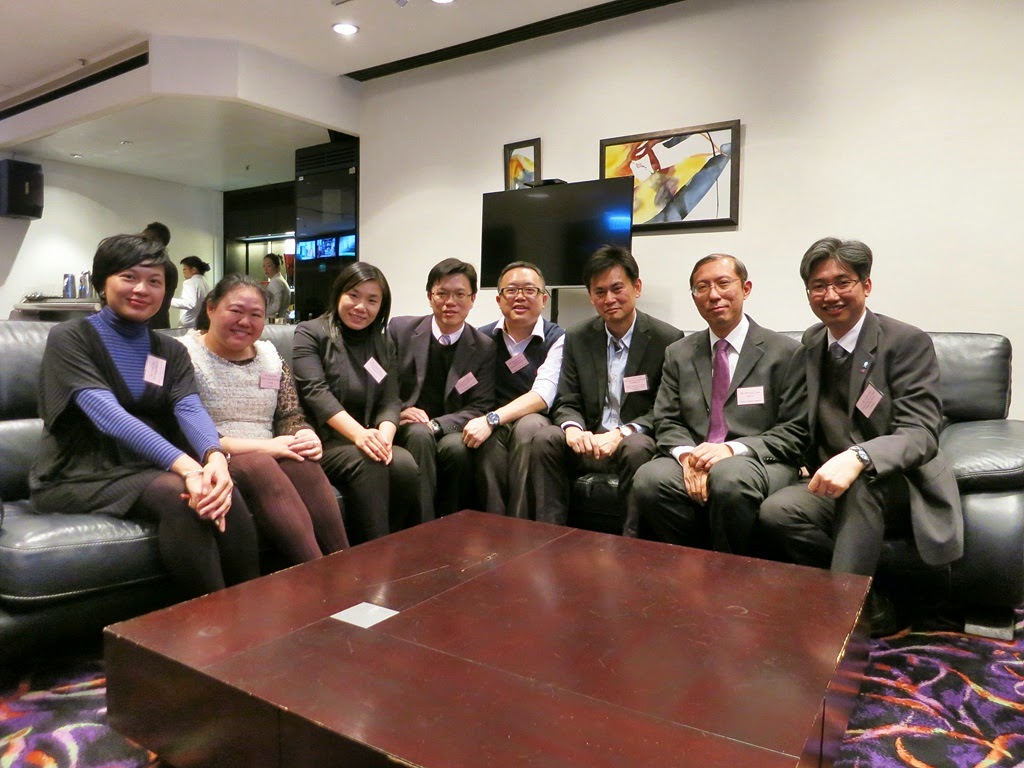