The seminar entitled “Developing an Innovation Workforce” was organized by Hong Kong Institution of Engineers (HKIE) –Manufacturing & Industrial Division (MI) after AGM on 29 April 2016.  The immediately past chairman Ir. SC Ho reported the past years activities.  He said they were looking forward the fourth industrial revolution in 2015 and appreciated members’ contribution upto 40 technical seminars, Apps workshop and industrial visits in the last year.  He encourage us to participate the HKIE Conference 2016: Moving forward to 2025 Hong Kong Industrial Development, Technology and Innovation. 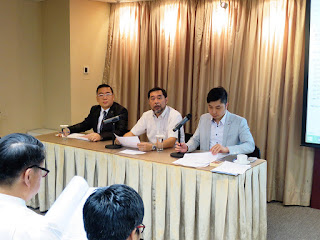 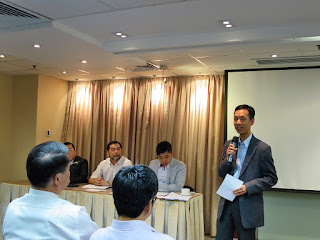 After the AGM, Ir. Dr. Victor Lo was the guest speaker and his topic named “Developing an innovative workforce”.  His aim is to explore new approaches to conventional quality management.  Moreover, he shared his vision that “I want to make greater China a better place for innovators” and his mission “To assist organizations to bring innovative ideas to quality life”. 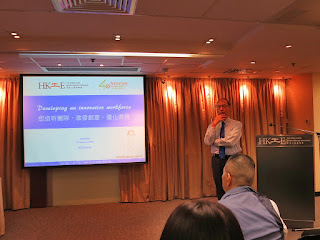 FranklinCovey was invited to provide a Workshop on the 7 HABITS of Highly Effective People on 12 & 27 April 2016. I would like to summarize what I learnt from the workshop for sharing.  This book was recognized as the most influential book of the 20th century by Chief Executive Magazine Reader Survey. 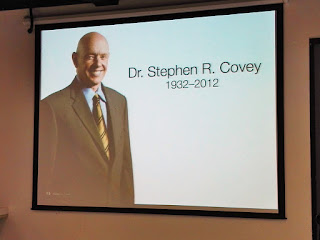 Ms. Sharon Lui (Principal Consultant, FranklinCovey) was our trainer. I took a photo with Ms. Lui for memory 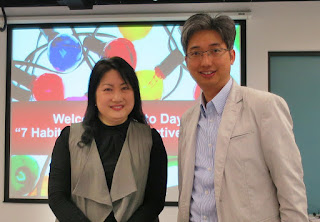 HKSTP organized a seminar named “Medical Device Regulatory Affairs and Quality Assurance” on 25 April 2016.  This seminar is set to tackle the increasingly complicated International, Asian and European medical device regulations and quality requirements.  The seminar aims to share knowledge on medical devices regulations in major jurisdictions such as US, Europe, ASEAN and Hong Kong, as well as how to maintain and apply them and avoid the pitfalls form both practical and academic perspectives.  I took a photo with Prof. Albert Poon at the end of seminar for memory. 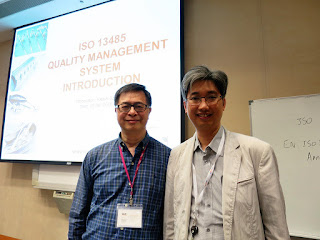 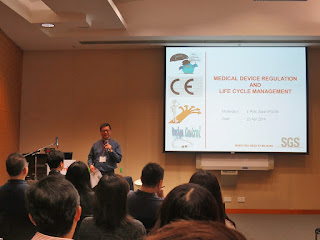 LMI academy was invited again to provide a Performance Management and Advanced Coaching Skills Workshop on 19 April 2016. I was one of participants and would like to summarize what we learnt from the workshop.  Mr. Dick Yip (Principal Consultant, LMI) was our trainer.  He had provided two innovation training to us in 2015. 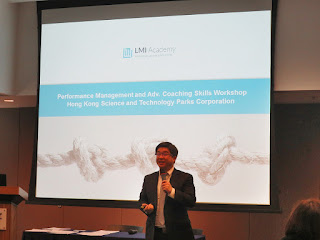 I was invited by Dr. Victor Lau (Technology Transfer Officer, KTO, CityU) to join CityU Business & Industrial Club (CUBIC) Happy Hour Tea Gathering from Life Science Group on 18 April 2016.  I would like to summarize the talk as follows.

Dr. Herman C. Lam (CEO, Powder Pharma Coating Inc.) was the guest speaker and his topic entitled “From Rainforest to Desert: Commercialization of the revolutionary electrostatic dry powder coating technology for pharmaceutical and nutraceutical industries”.  Dr. Lam said Powder Pharma Coating would be the next generation of coating technology for pharmaceutical R&D and manufacturing to replace traditional aqueous and solvent coating processes. 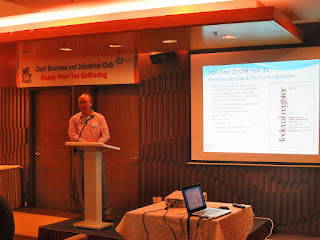 
The comparison of cost between Powder and Solvent coating was shown in the following table.

The training program on “Patent Analysis and Corporate Development Series 2016” (專利分析導航企業發展) was organized by Shenzhen Intellectual Property Society (深圳市知識產權研究會 ) from March to August 2016.  It aims to enhance the scientific management on IP skill and quality of R&D with IP protection.  I attended the 2nd series named “Extenics (可拓學)”.  The training was held in Shenzhen Science Museum from 15 to 16 April 2016.  I took a photo in front of the venue. 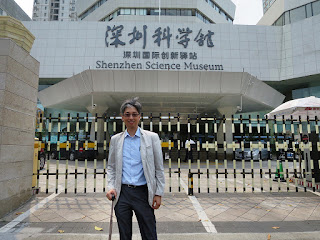 Before the seminar, I took a photo with Prof. Cai Wen (蔡文) (middle) and Dr. Michael Li (Founding President, Institute of Systematic Innovation, Hong Kong (ISIHK)) (left).  Extenics (可拓學) is original developed by Prof. Cai Wen (蔡文) through his 30 years research (The first paper published since 1983).  Extenics includes three steps and they are “Extension”, “Transfer” and “Evaluation”.  Moreover, I got Prof. Cai’s signature for his books. 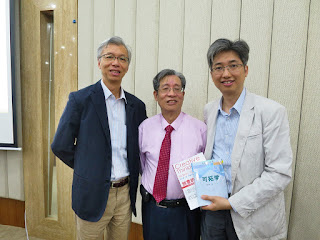 I (Former Chairman of HKSQ) was honor to be invited by both Dr. Sammy Wan (Head of Quality, Safety and Envir., Analogue Group of Companies - ATAL) and Dr. Aaron Tong (Former Chairman of HKSQ) to attend HKIE MI Division Gala Dinner on 15 Jan 2016.  Before the dinner, we took some photo with HKIE friends for memory. (Left: Dr. Pat Cheung (TQM), Dr. Aaron Tong (HKSQ; TQM), Mr. Harry Li (Past President of IIE(HK)), Dr. Sammy Wan (ATAL; HKIE) and I (HKSQ)) 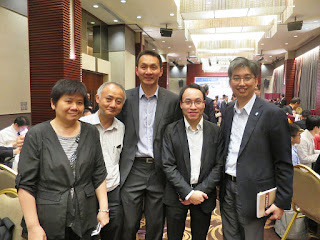 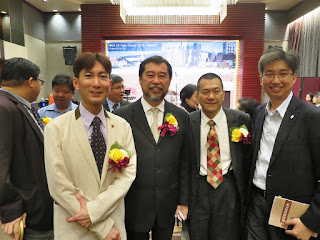 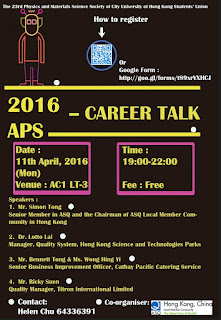 In the beginning, Dr. Jonathan Chung gave opening speech and shared the 2013 Graduates survey.  He added that BEng in Materials Engineering is accredited by Hong Kong Institution of Engineers (HKIE) for corporate membership in Materials Discipline. 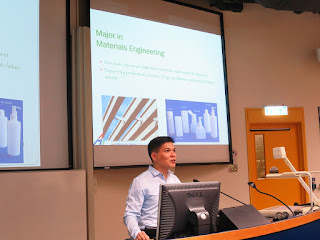 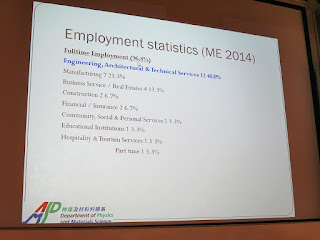 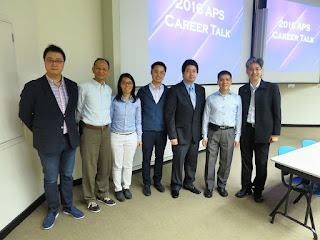 China Business Centre, PolyU arranged a Talk named “New Silk Road Regional Policies and Infrastructure Politics” on 11 April 2016.  They invited Professor Rafis Abazov (Visiting Professor, Al Farabi Kazakh National University, Almaty Kazakhstan) to be guest speaker.  I had been invited by Prof. Azat A. Abdrakhmanov (President, Kazakh Organization for Quality and Innovation Management (KOQIM) – its previous name was International Association of Quality Managers and Auditors (IAQMA)) as keynote speaker in TQM Kaz 2011 Forum and TQM Uz 2012 Forum in Kazakhstan and Uzbekistan, respectively.  Therefore, I would like to join this seminar and made more friend in Kazakhstan.  I took a photo with Prof. Abazov for memory. 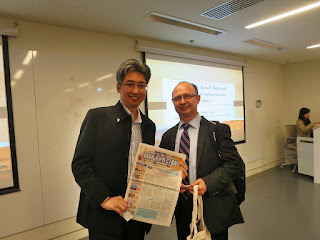 Hong Kong Society for Quality is celebrating its 30th Anniversary in 2016.  One of the activities to commemorate this occasion is the first seminar of our Quality Philosophies Series featuring Deming, Juran and Crosby.  The Quality Gurus promoted their management philosophies in the last Century, creating lasting effects on the Quality Revolution in the West and the East.  It is believed that the Quality Philosophies of these gurus are still influencing behavious of people today, and supporting the Quality and Innovation movement of the 21st Century.  Before the seminar, I worked as facilitator and introduced our guest speakers including Dr. Aaron Tong (Former Chairman, HKSQ), Dr. KS Chin (Former Chairman, HKSQ) and Mr. Peter Fung (Chairman, HKSQ). 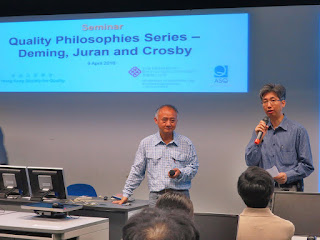 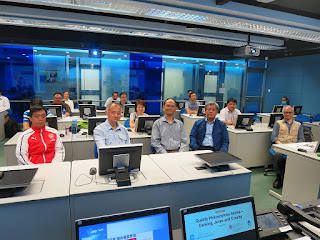 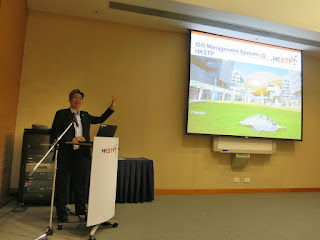 Then I described 7 Quality Principles which we employed.  During the discussion, I had also shared my career experience to the student because I had studied HD in Applied Science in City Polytechnic of Hong Kong since 1989. 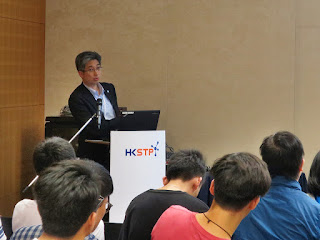 The APAC Innovation Summit was a flagship innovation conference of Hong Kong Science and Technology Parks Corporation (HKSTPC) and the first series in 2016 named “Internet of Things (IoT) which was held from 7th -8th April 2016.

In the beginning, Mr. Andrew Yeung (CCO, HKSTP) made a joke that our CEO Mr. Allen Ma was missing and then Mr. Allen Ma called him said that he was in the virtual world. 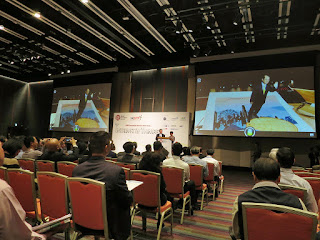 After that Mr. Allen Ma (CEO, HKSTP) came back to the real world and gave welcome speech. He said IoT contained “Integration” and “Realization” and he mentioned the “Power of Collaboration” through HKSTP three platform named “Robotic Engineering”, “Smart City” and “Health Ageing”. 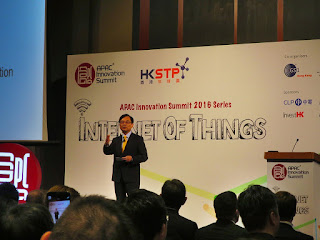 The TecONE seminar named “Smart City – Impact and Opportunities for Hong Kong” was organized by Hong Kong Science & Technology Parks Corporation (HKSTP) on 5th April 2016.  Smart city is the future scenario of many developed economies in the world.  Today’s seminar was BizLink activity to mingle with industry players at ease, and to get insights into the smart initiatives adopted by various smart cities in Europe, North America and Asia, with a stronger focus on those in the Mainland and Hong Kong.  I took a photo with our guest speaker Mr. Eric Yeung (Convener, Smart City Consortium) in front of the TecONE office. 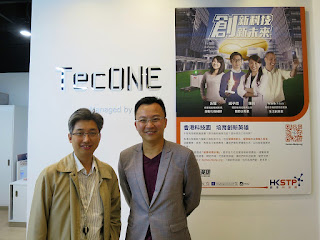 Mr. Eric Yeung (Convener, Smart City Consortium) who is the founder of FlexWorkflow Limited and his presentation topic named “Developing Hong Kong as a Smart City”.  Firstly, he introduced the global market size of Smart City about US$450 Billion in 2014 and estimated to reach US$1.1 Trillion in 2019.  Then he introduced top smart cities of the world such as Barcelona, New York, London, Nice and Singapore (Juniper Research 2015). 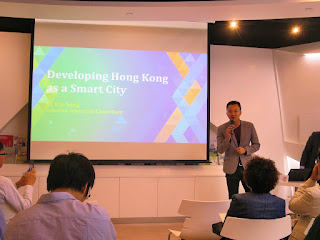