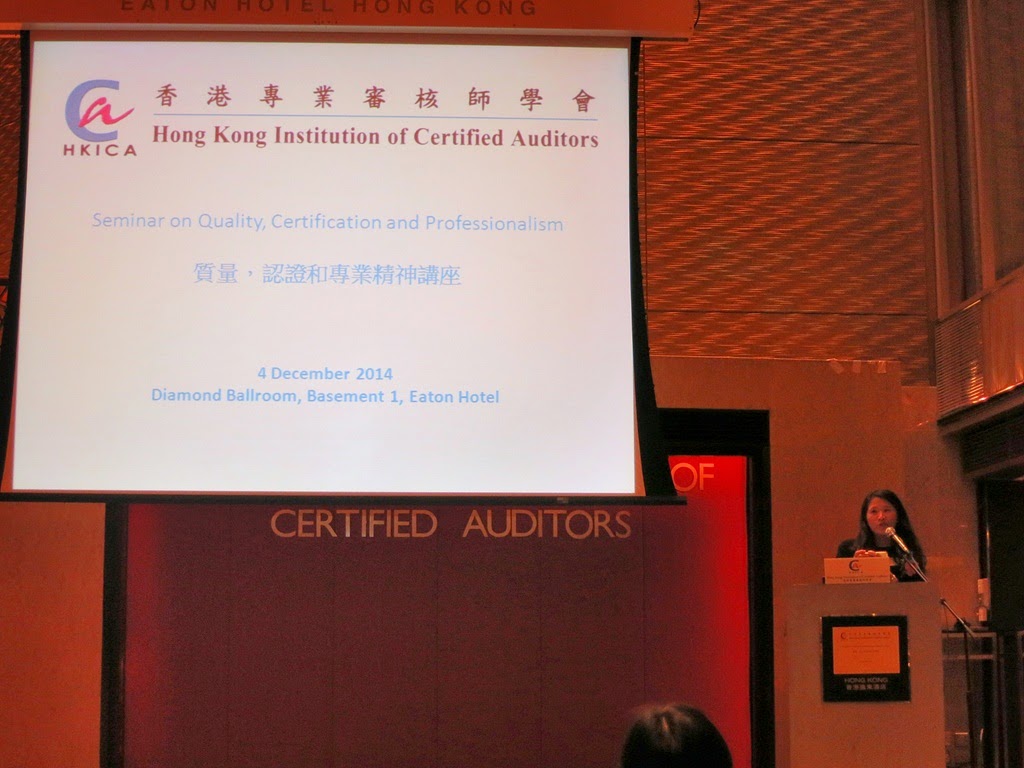 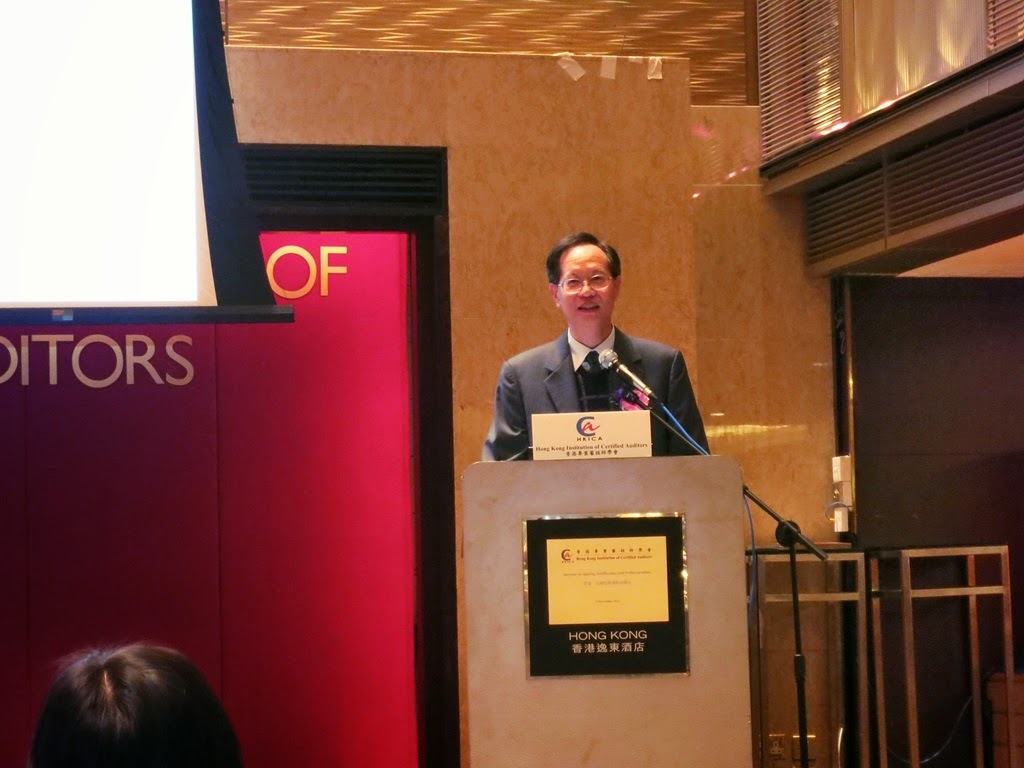 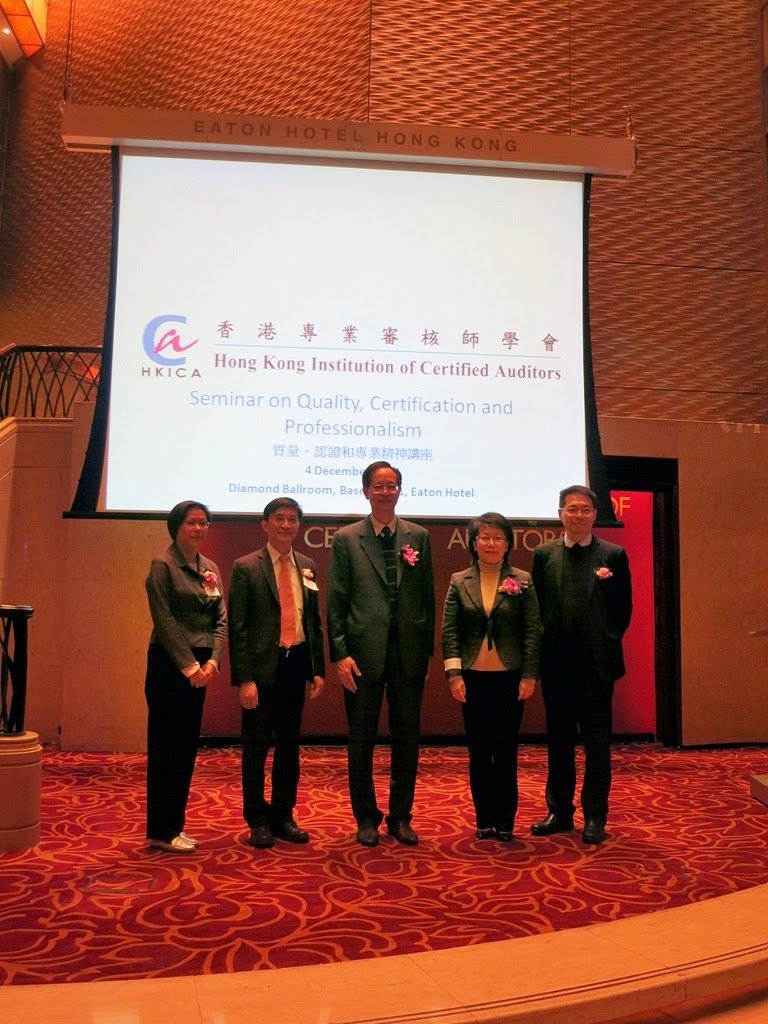 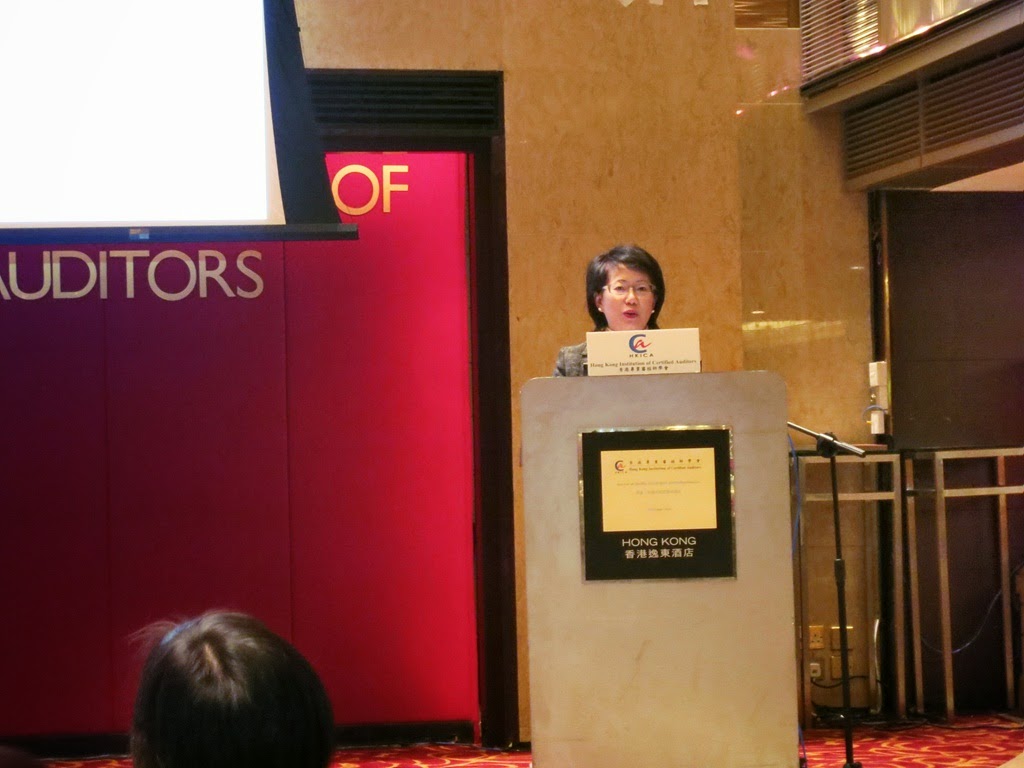 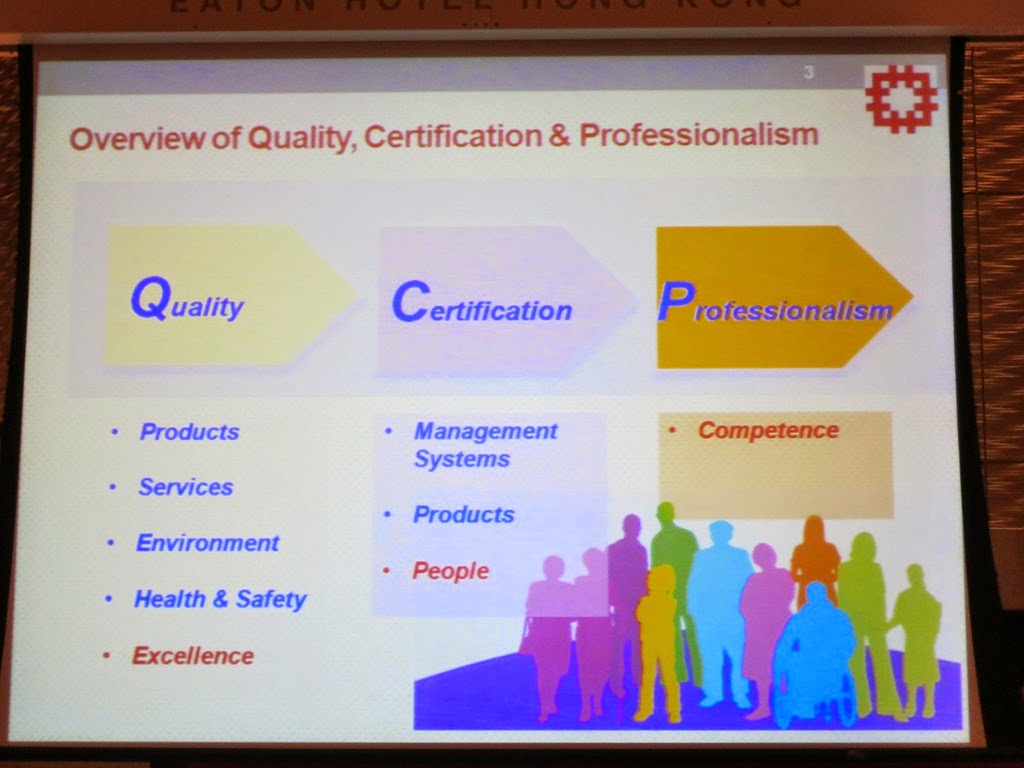 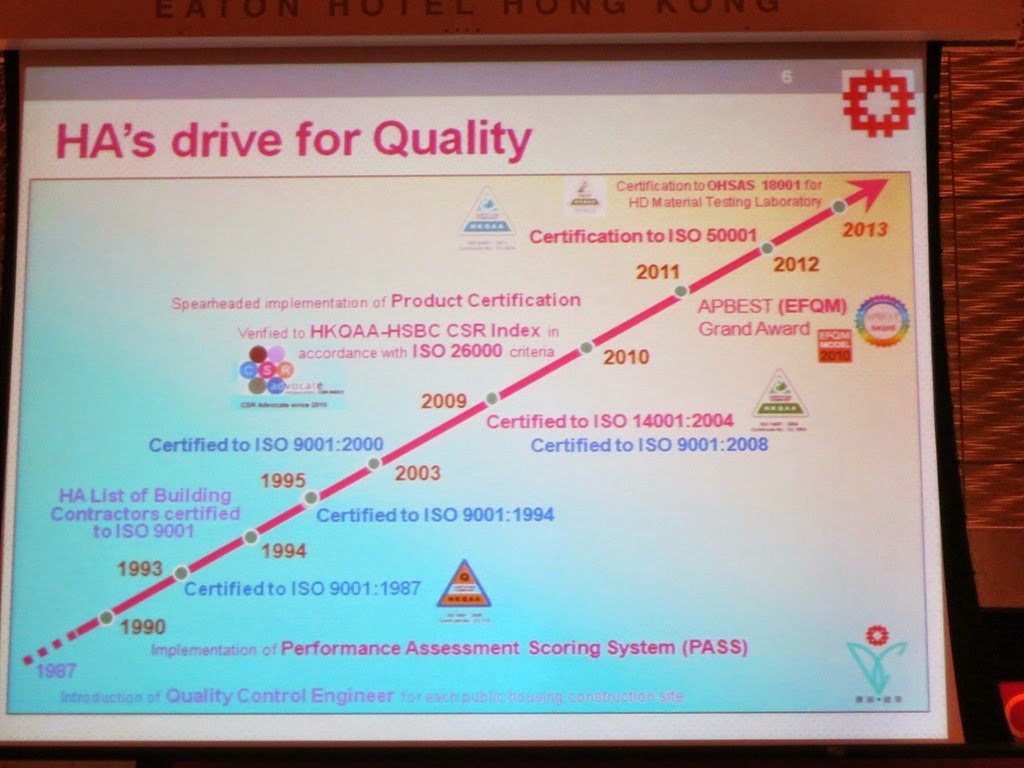 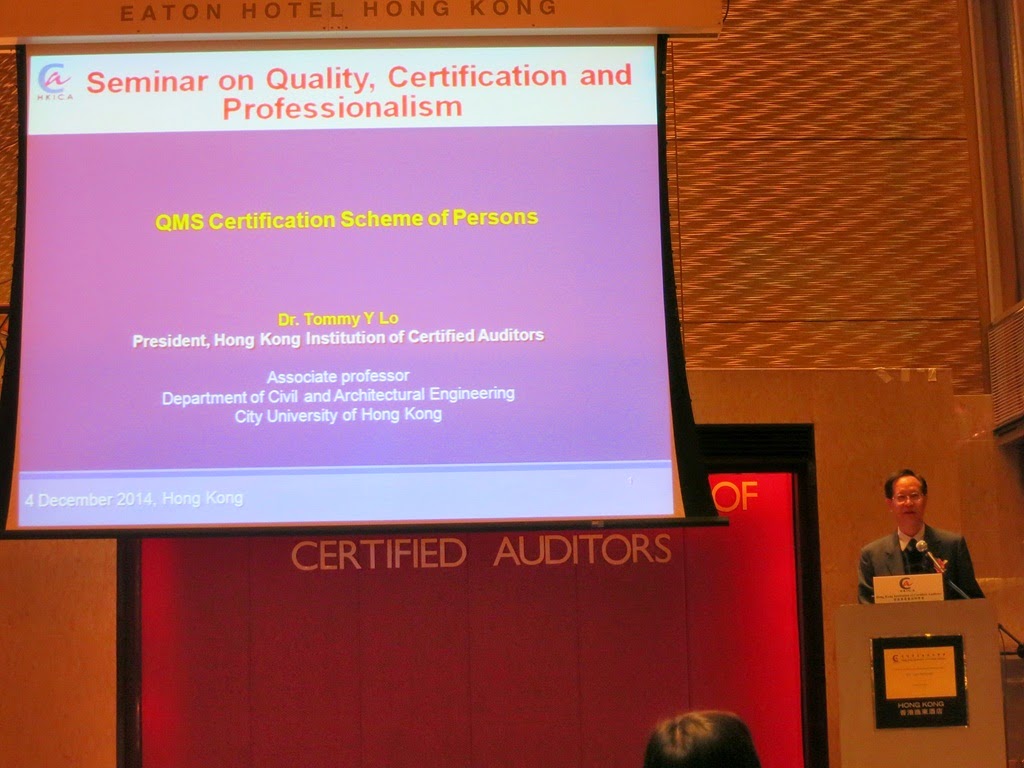 Dr. Lo said they got the SME Development Fund for the Project named “To upgrade the QMS personnel certification scheme of HKICA in compliance with ISO/IEC 17024 for international accreditation”. And then seek for CNAS accreditation. The status of HKICA would be same as CCAA in China after accreditation. 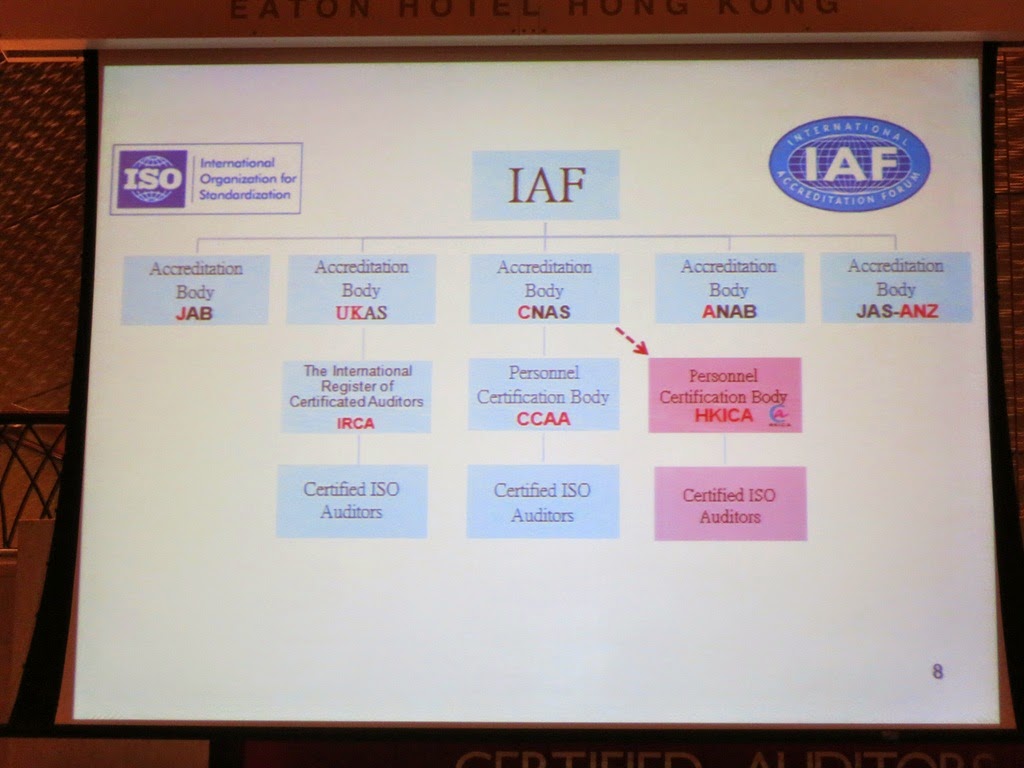 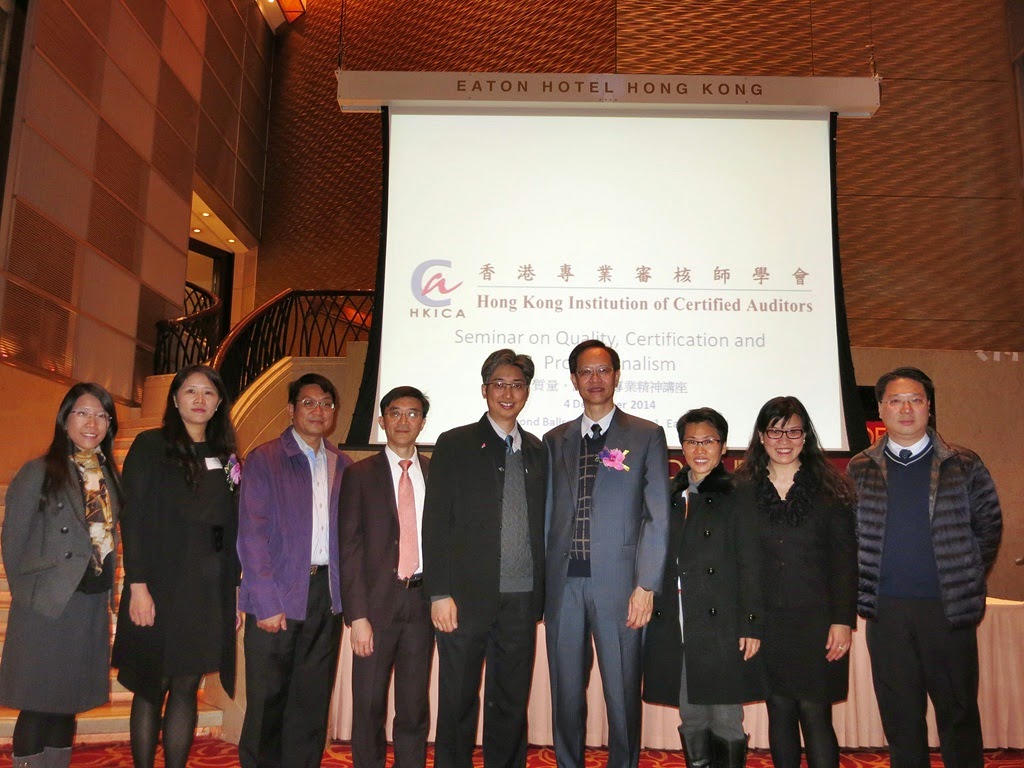 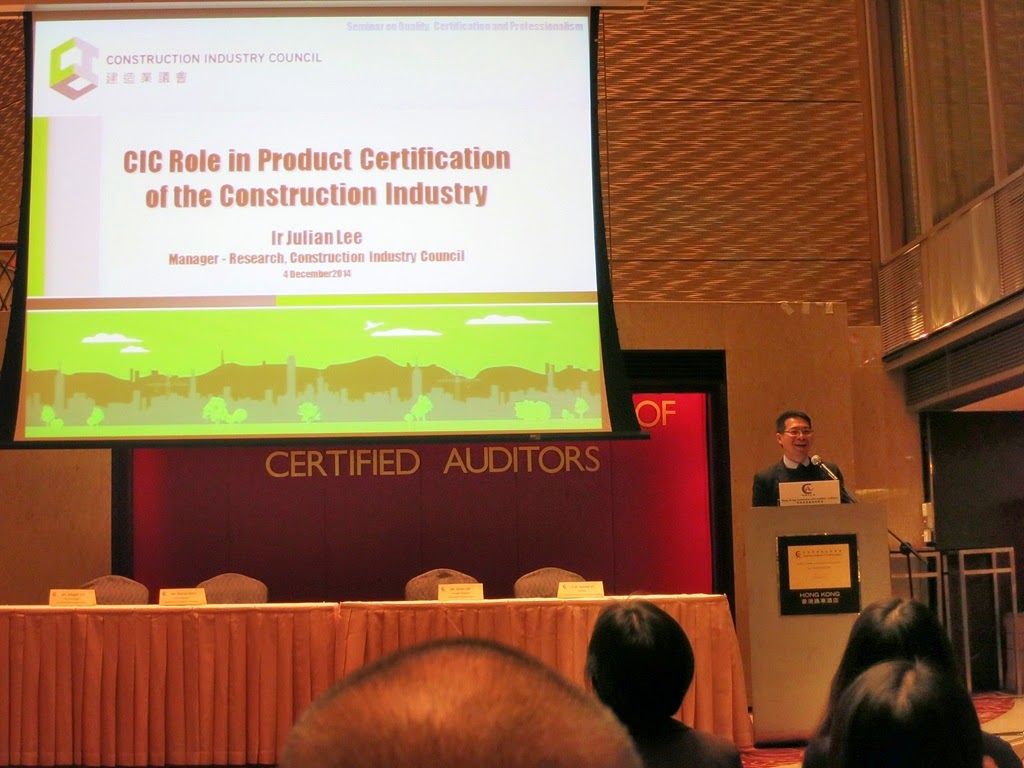 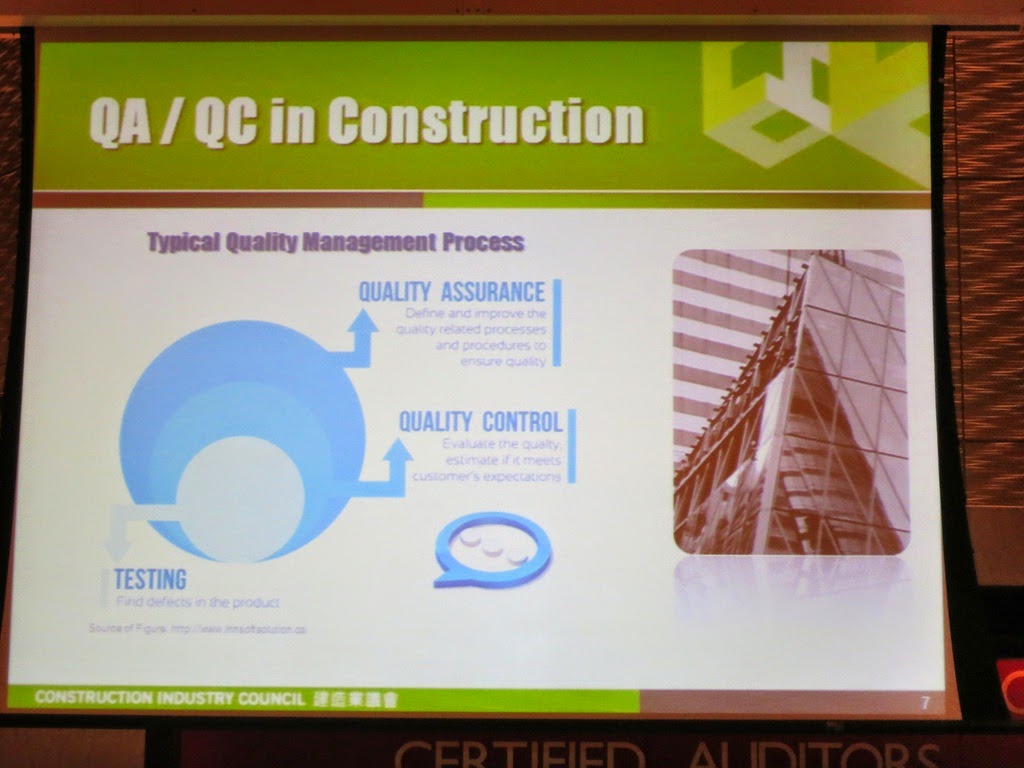 In order to ensure a high level of QA of construction materials, upstream quality monitoring, product certification conformity schemes (PCCSs) were initiated in Hong Kong since 1991. The existing PCCSs in Hong Kong was showed in following table. However, CIC should promote various PCCSs by liaising with related government authorities including Buildings Dept., Housing Authority, etc. as well as industry stakeholders from the private sector. 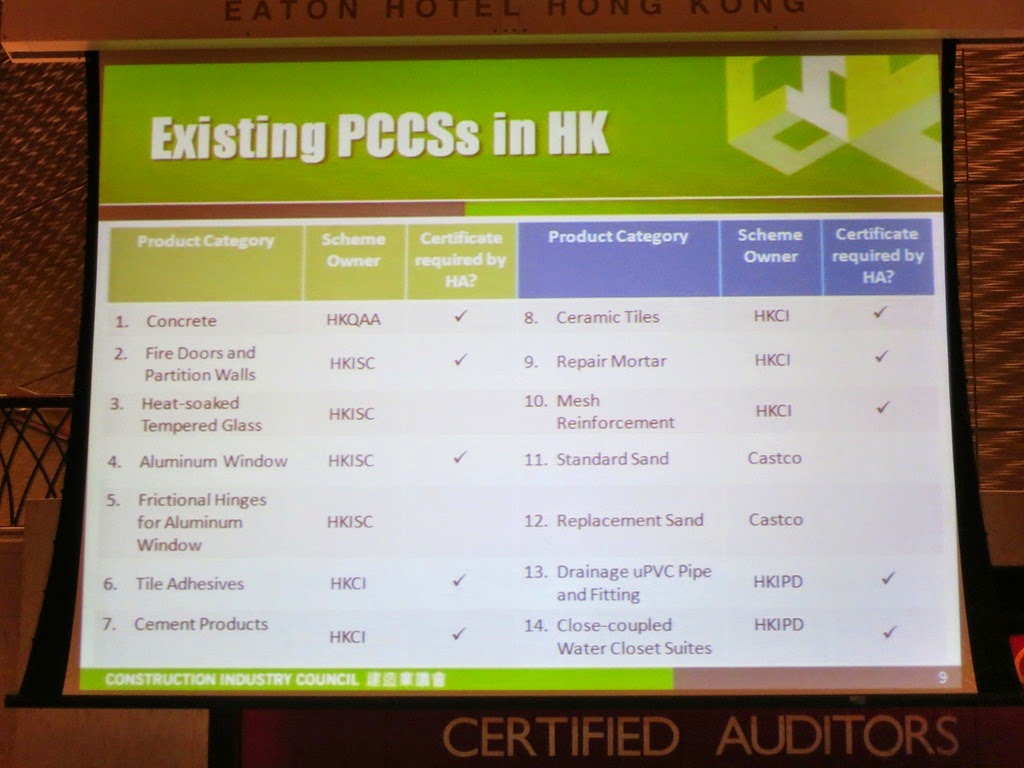 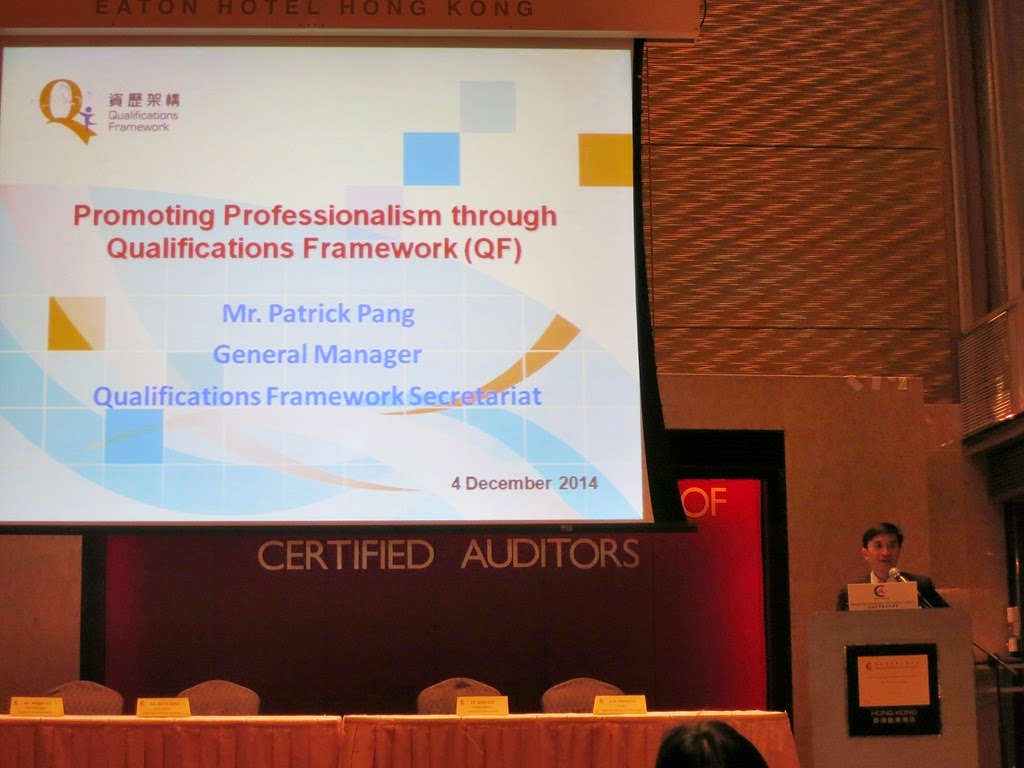 The Hong Kong Qualifications Framework had separated into 7 levels to match between Vocational & Continuing Education and Academic level. 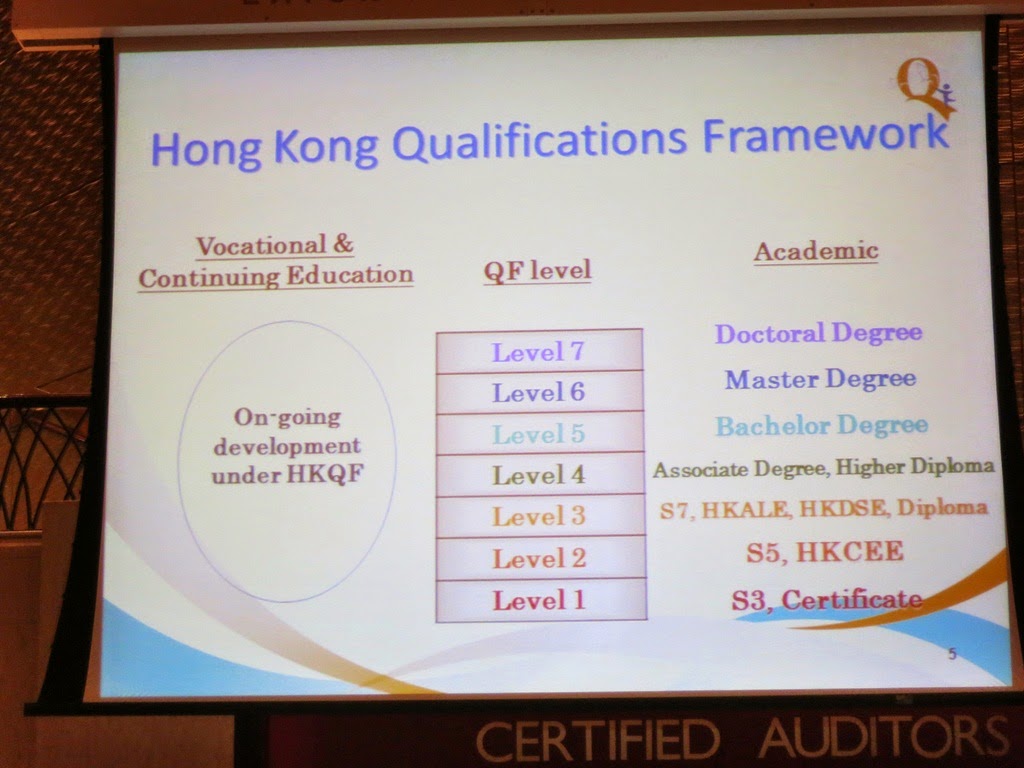 Mr. Pang introduced that HKQF was industry-led and implemented on industry basis through the formation of Industry Training Advisory Committees (ITACs) in which involved employer, employee, professional bodies and industry. For TIC ITAC set up on 15 August 2010. HKICA and HKSQ were professional bodies supporting the scheme. 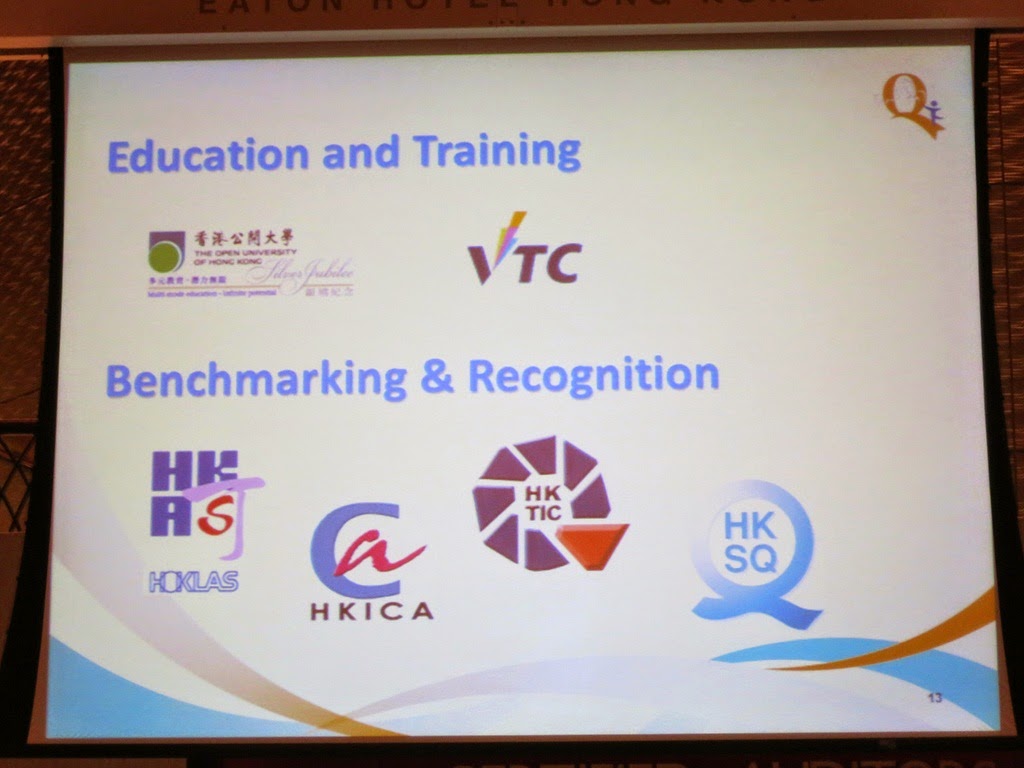 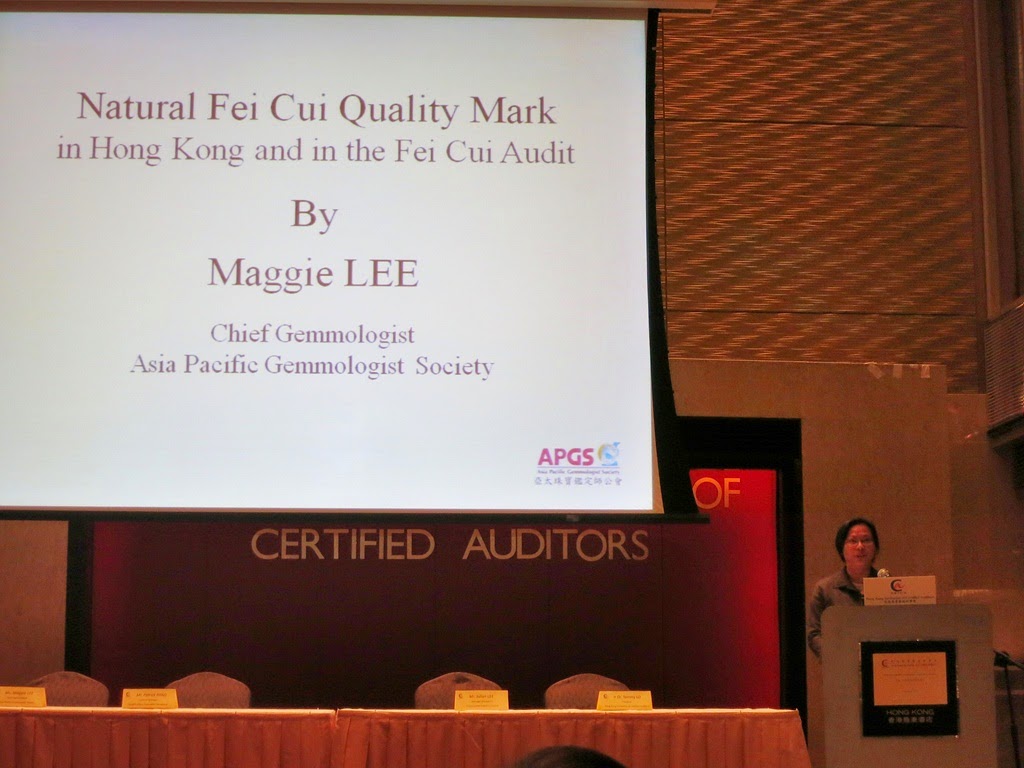 The definition of Fei Cui (GB/T 16553-2010) is “Natural FEI CUI is the mineral aggregate with craft value. It’s consist of jadeite or of jadeite and other sodic, sodium calcium pyroxene (kosmochlor, omphacite). It also can small amounts of amphibole, feldspar, chromite, etc. minerals.” She said trade of Fei Cui separated into two group that one was Natural and the other was Treated. Type A is Natural Fei Cui (Jadeite Jade). Type B is chemically treated and resin impregnated Fei Cui. Type C is dyed colour Fei Cui. Type B+C is chemically treated, resin impregnated and dyed colour Fei Cui. Then Ms. Lee mentioned the standard methods for testing Fei Cui in Hong Kong. 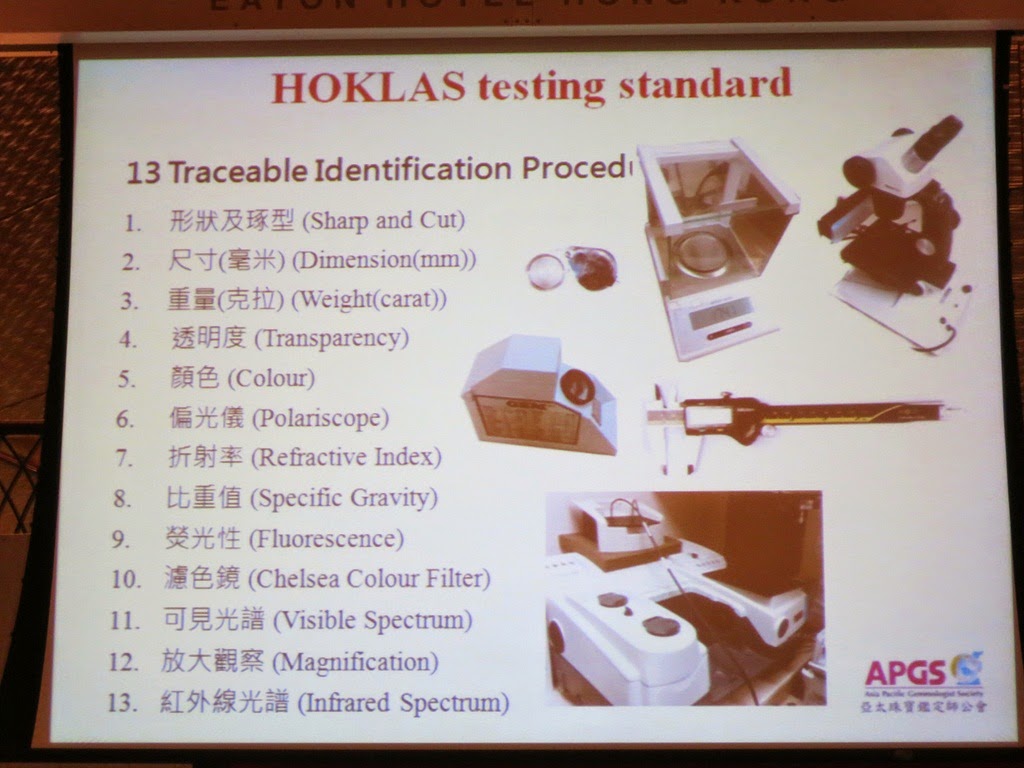 At the end, Ms. Lee introduced the audit for Natural Fei Cui Quality Mark in which was irregularly audit to make selection for testing from experience jadeite gemologist. 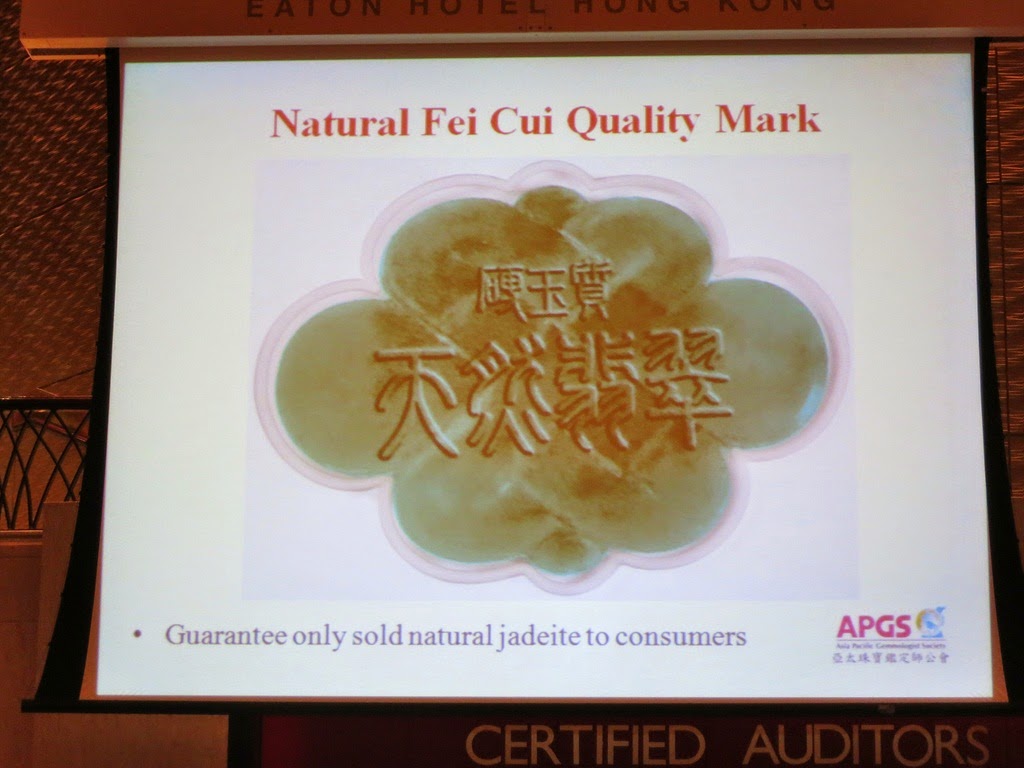 The 7th Anniversary of HKICA Annual Dinner was held on that night. Ir. Dr. Tommy Lo (President, HKICA) gave a welcoming speech and told us a story when he was auditor in China in about 1985. It was for ISO 9001 audit and found that the quality manager was very serious. He was on-site with Dr. Lo even though his daughter born in the same day of audit. Dr. Lo remember that he presented the ISO 9001 certificate was held in the Great Hall of the People in Beijing (北京人民大會堂). 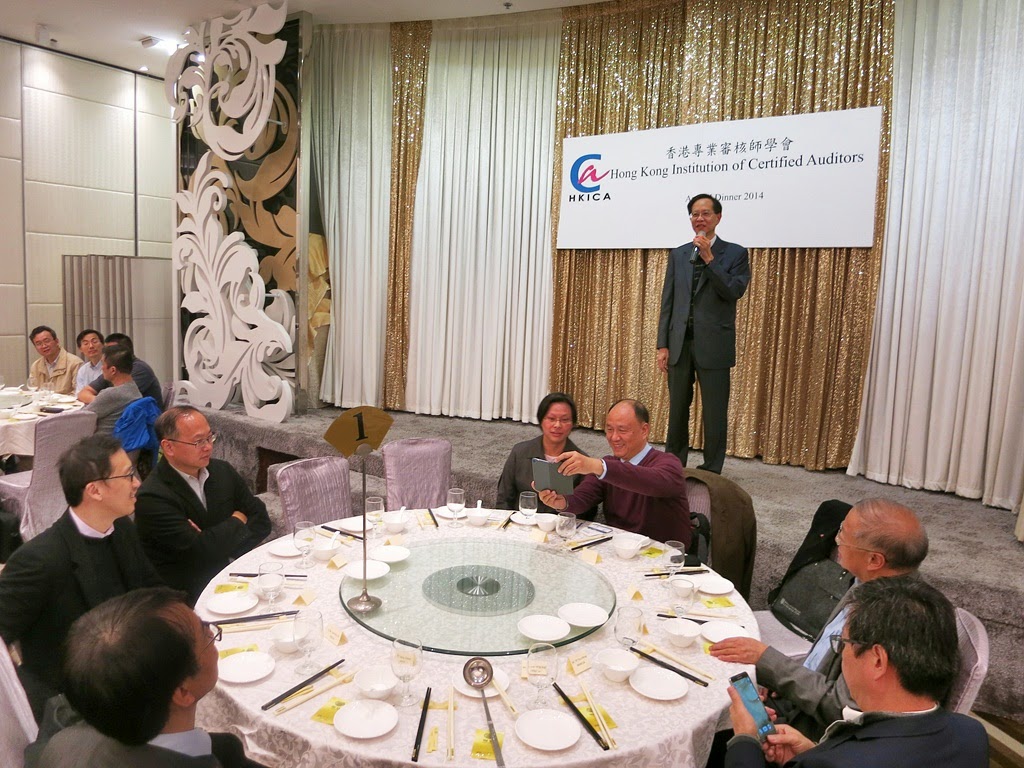 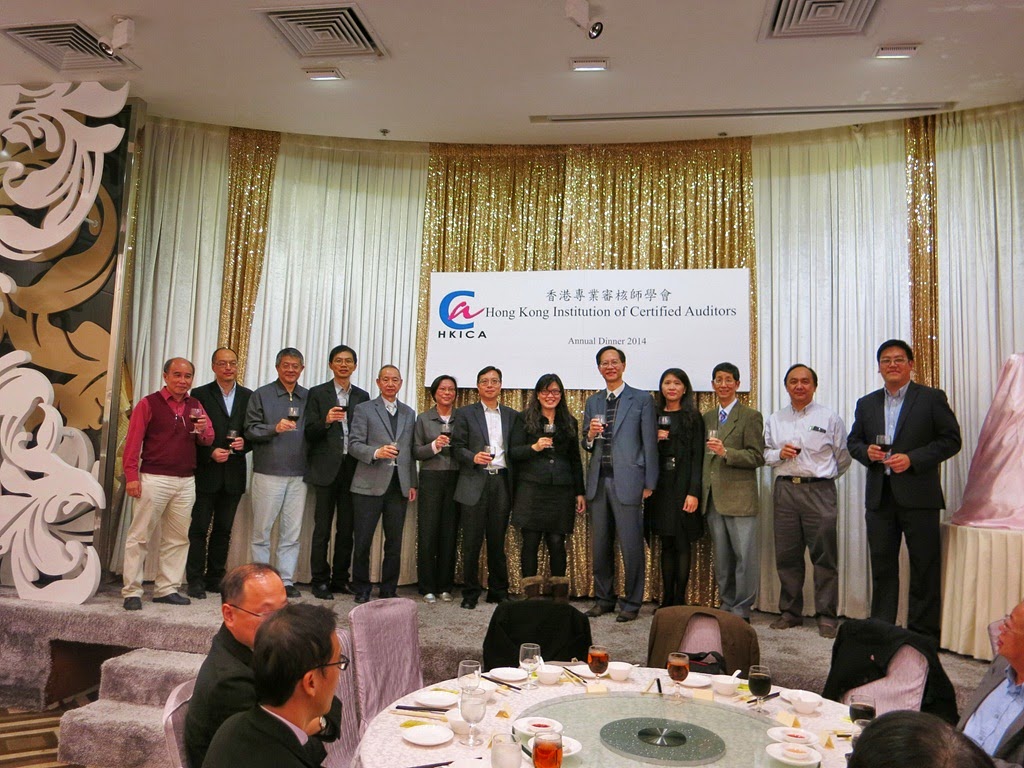 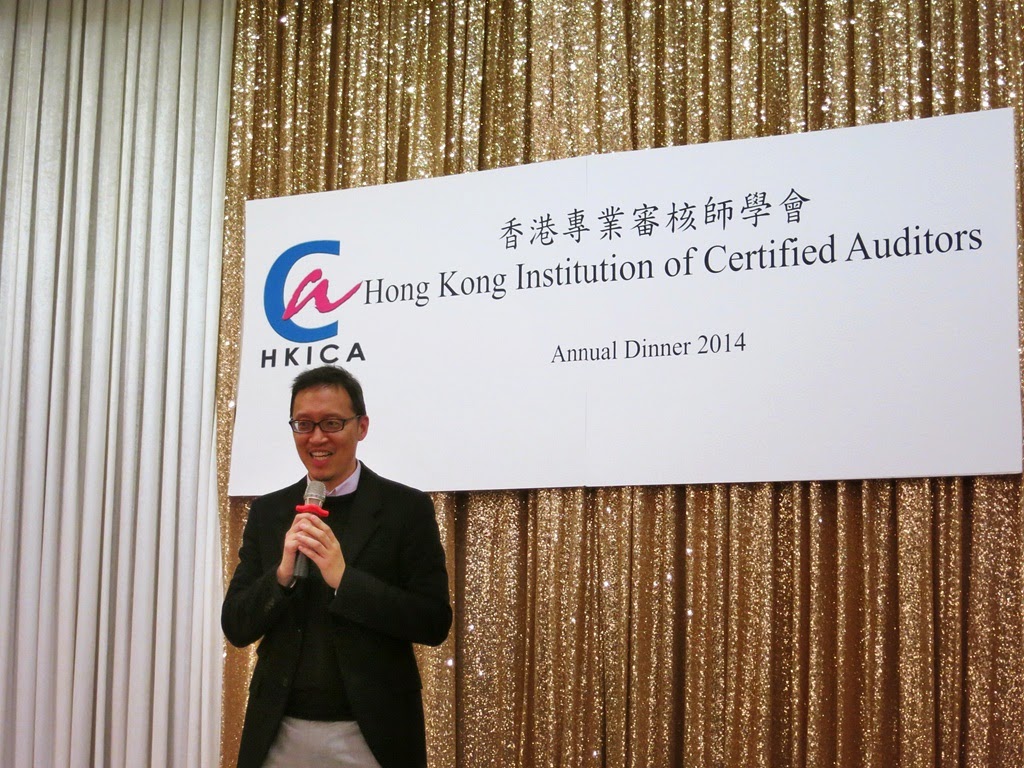 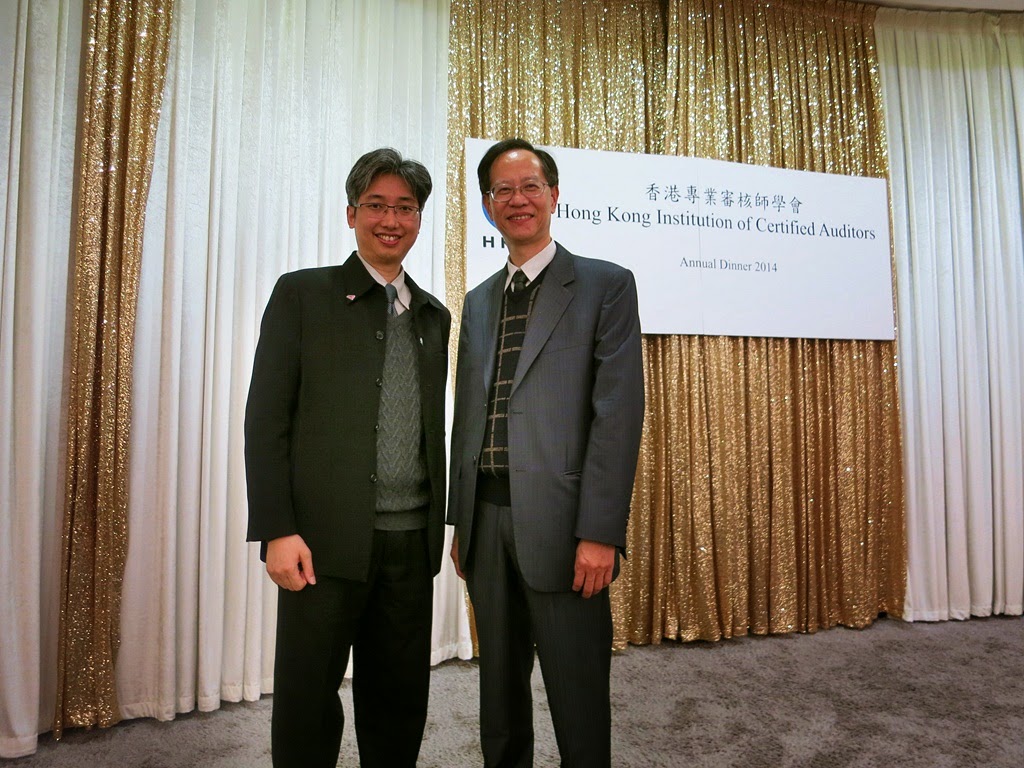 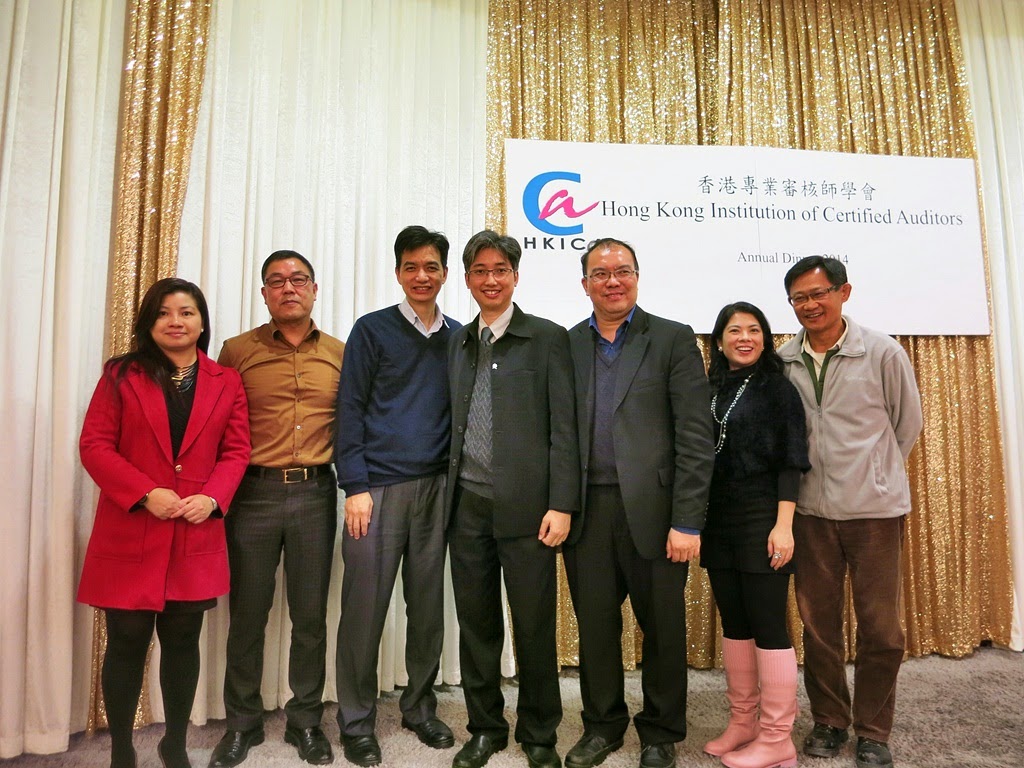 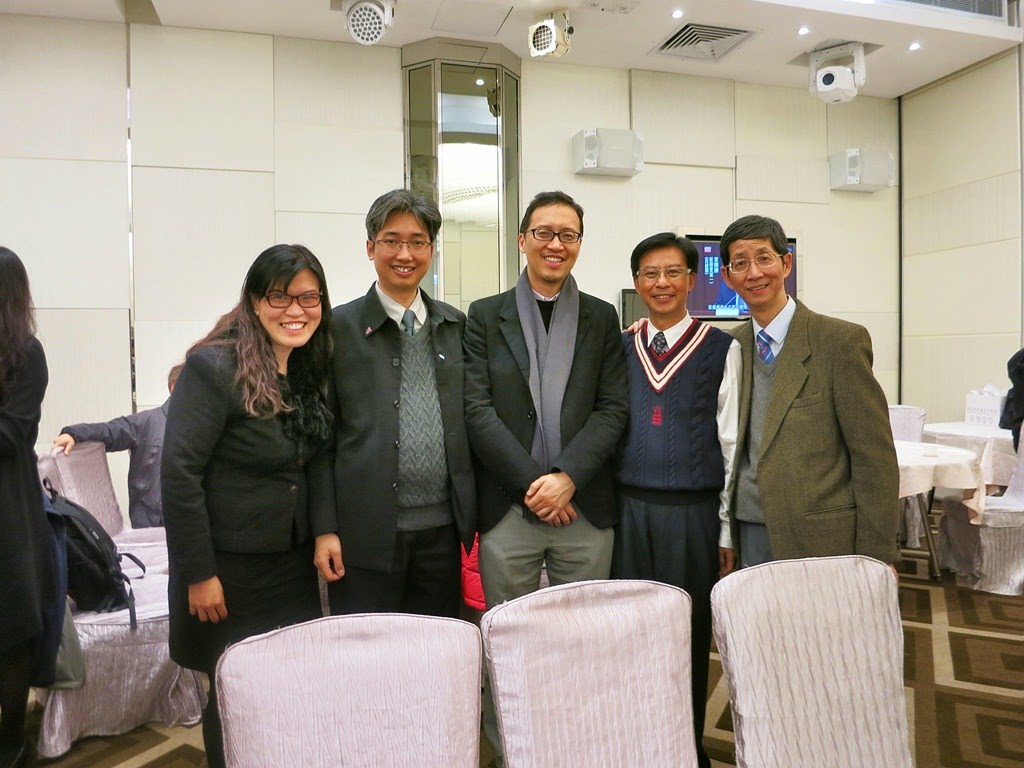 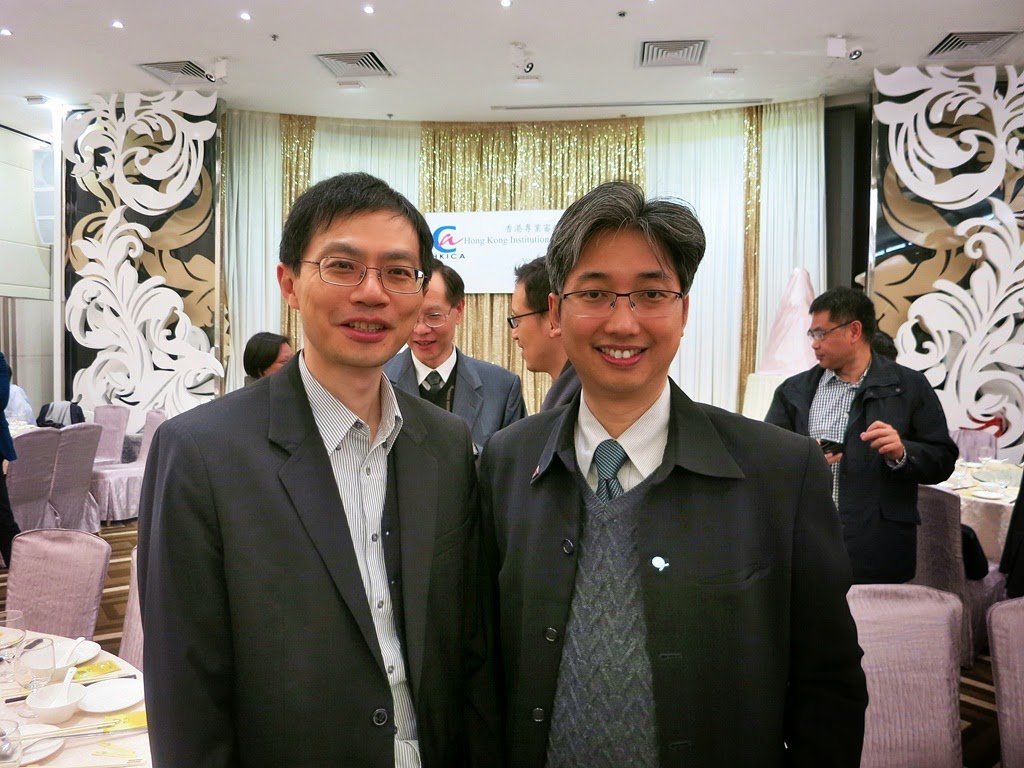 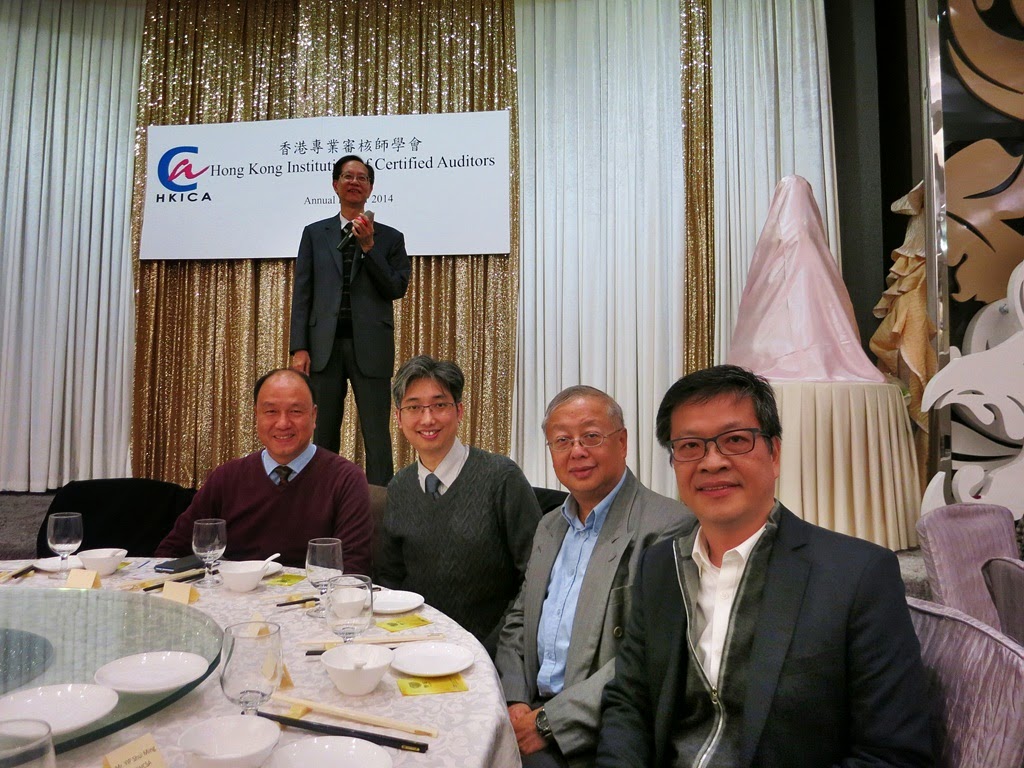