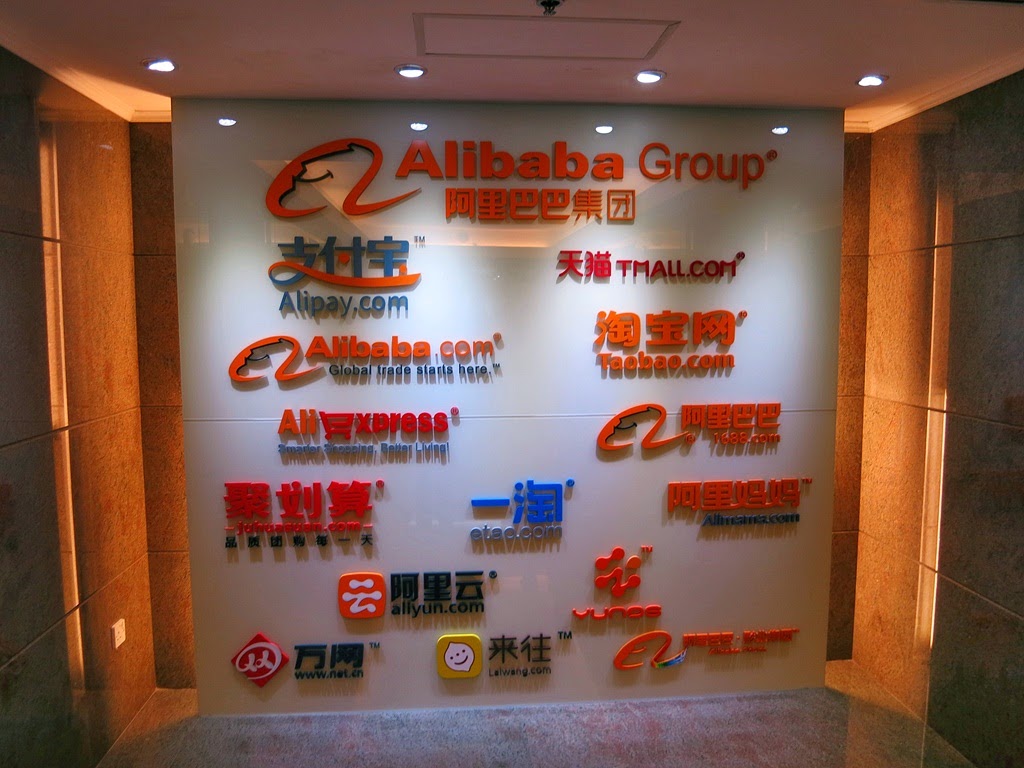 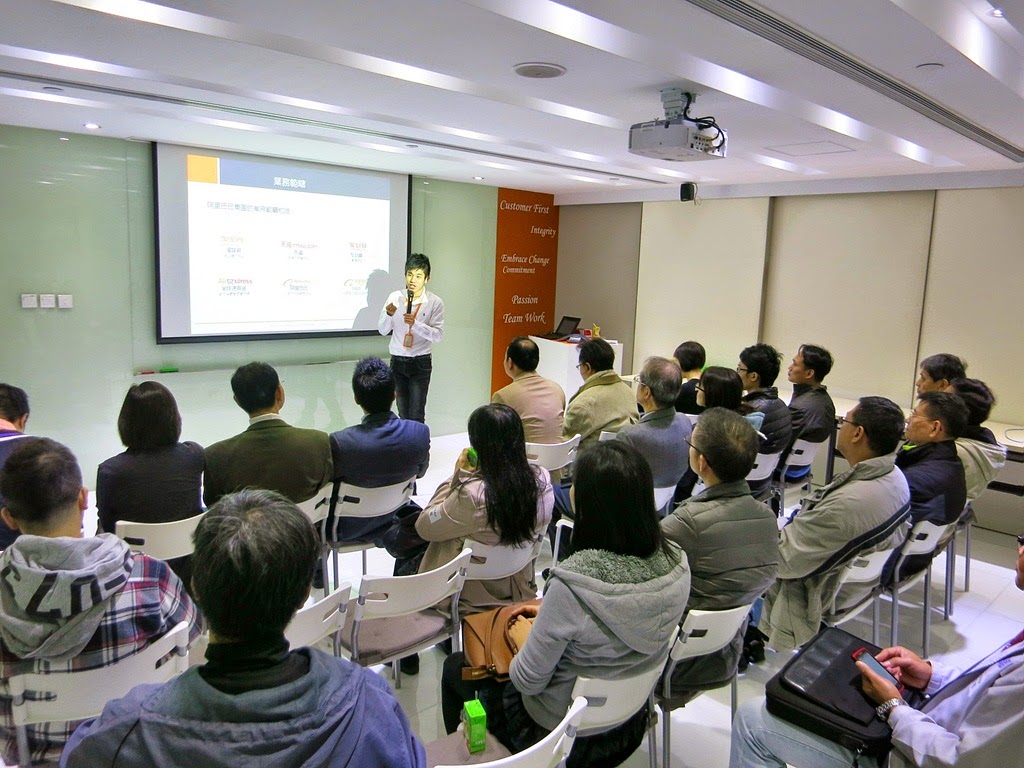 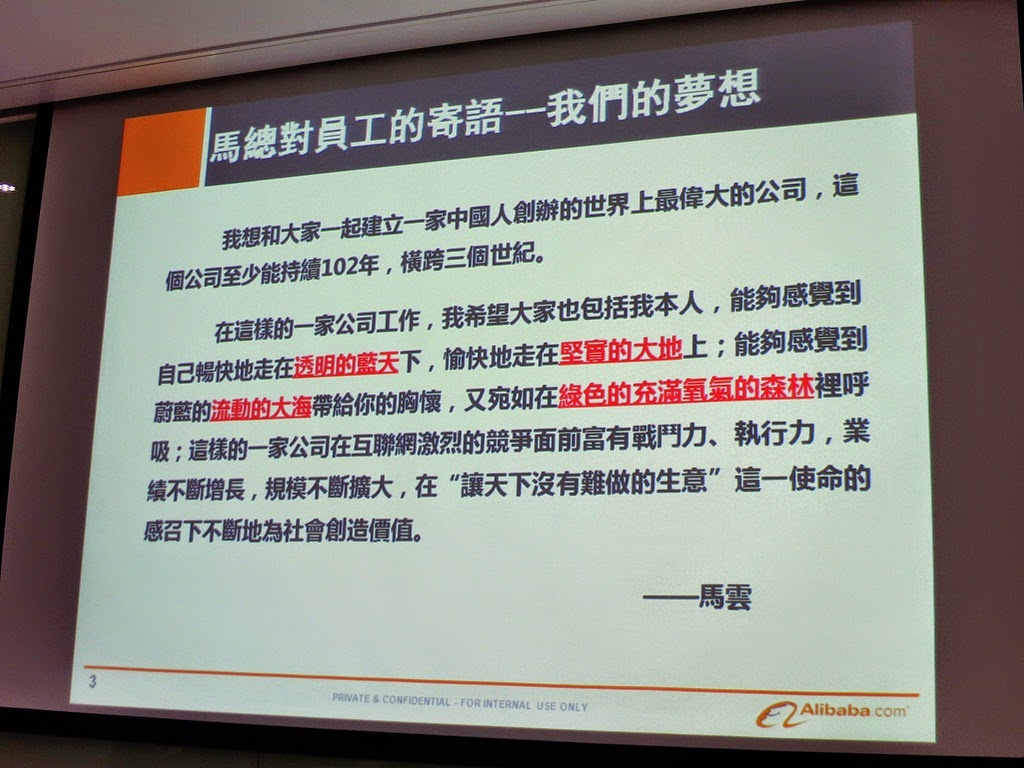 Terry also mentioned their culture on spirit and system. For spirit culture, it included vision, mission, values and target. The following diagram showed what they believed. Smile culture is happy working and serious life; and customer first, staff second and last stakeholder. Their vision has three points below:
i) No. 1 platform for information sharing
ii) To be the Highest happiness index enterprise
iii) Survive 102 year.
(Why set for 102 year? It is because Alibaba started in 1999 and Ma Yun want his company can run over one century.)
Their mission is “To make it easy to do business anywhere.” (讓天下沒有難做的生意). 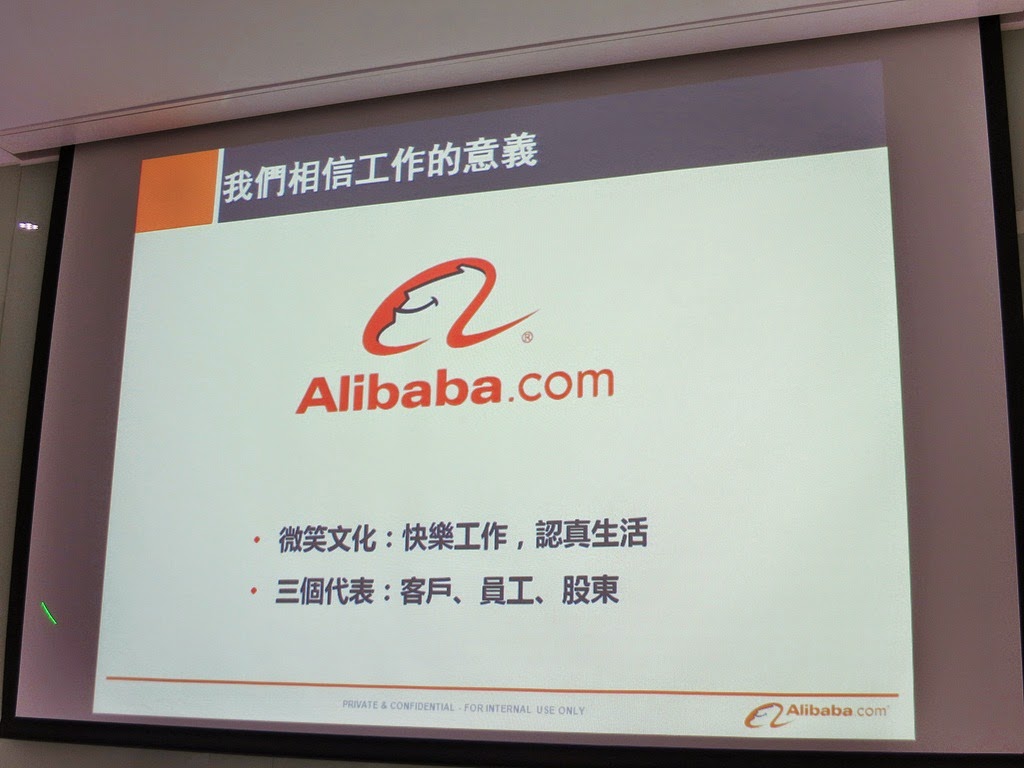 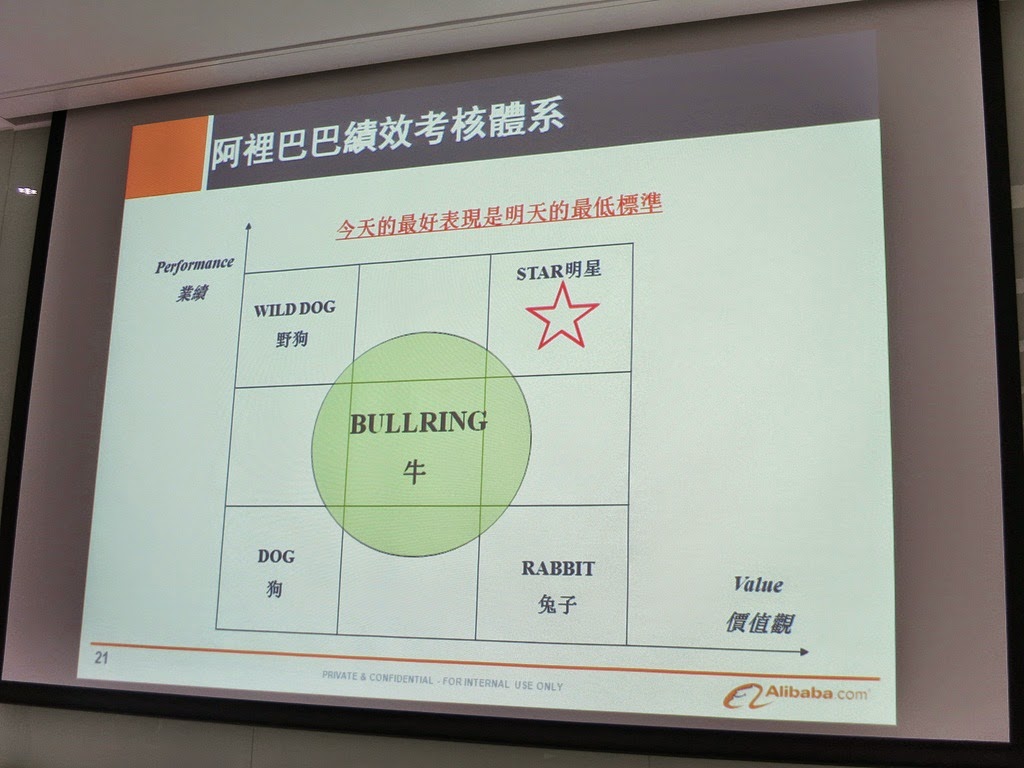 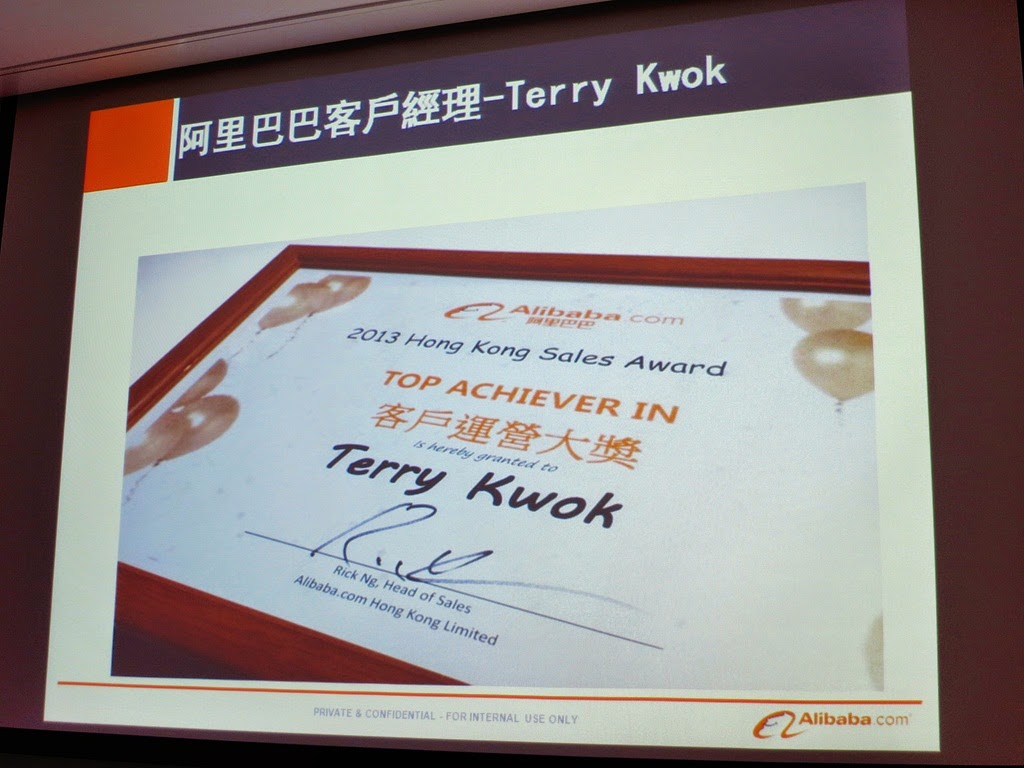 Then we visited their office. Their notice board shared happy photo and some game such as guess “who they are” from kid photos. 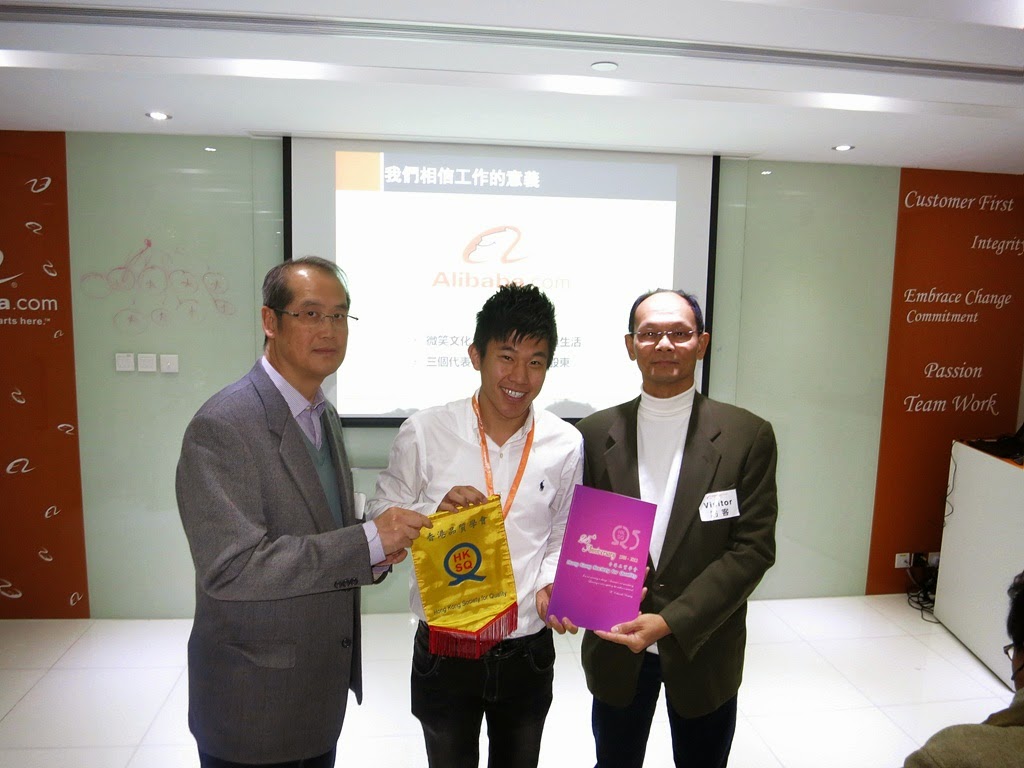 At the end, we took a group photo. 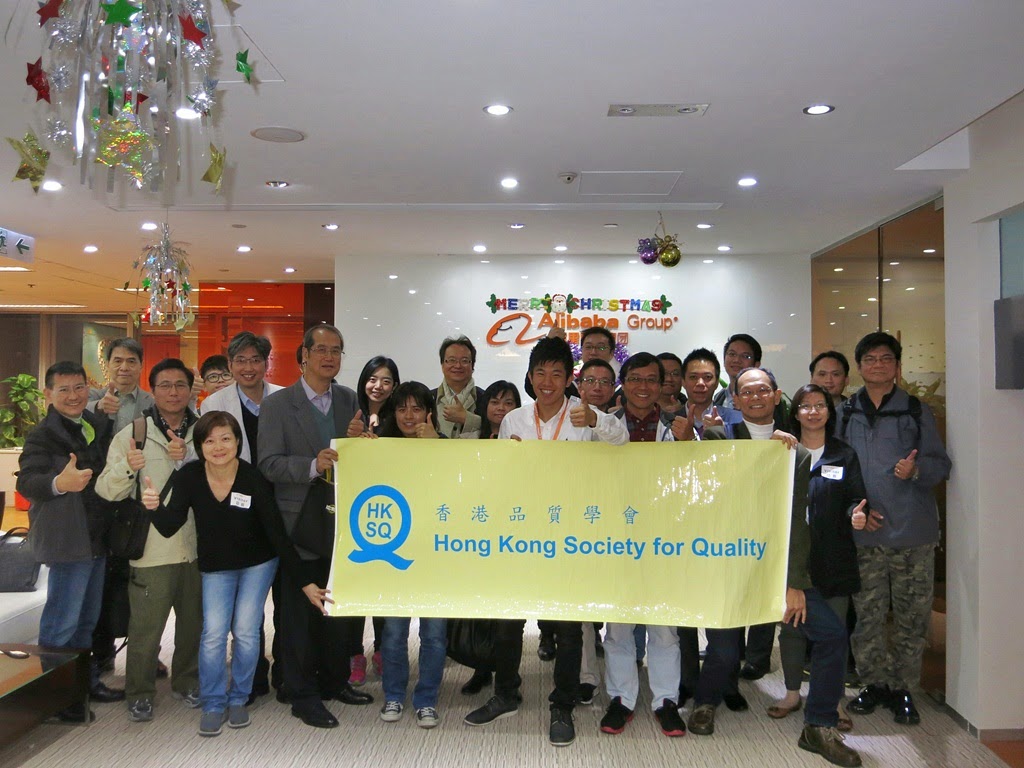 Minda and I took a photo for memory. 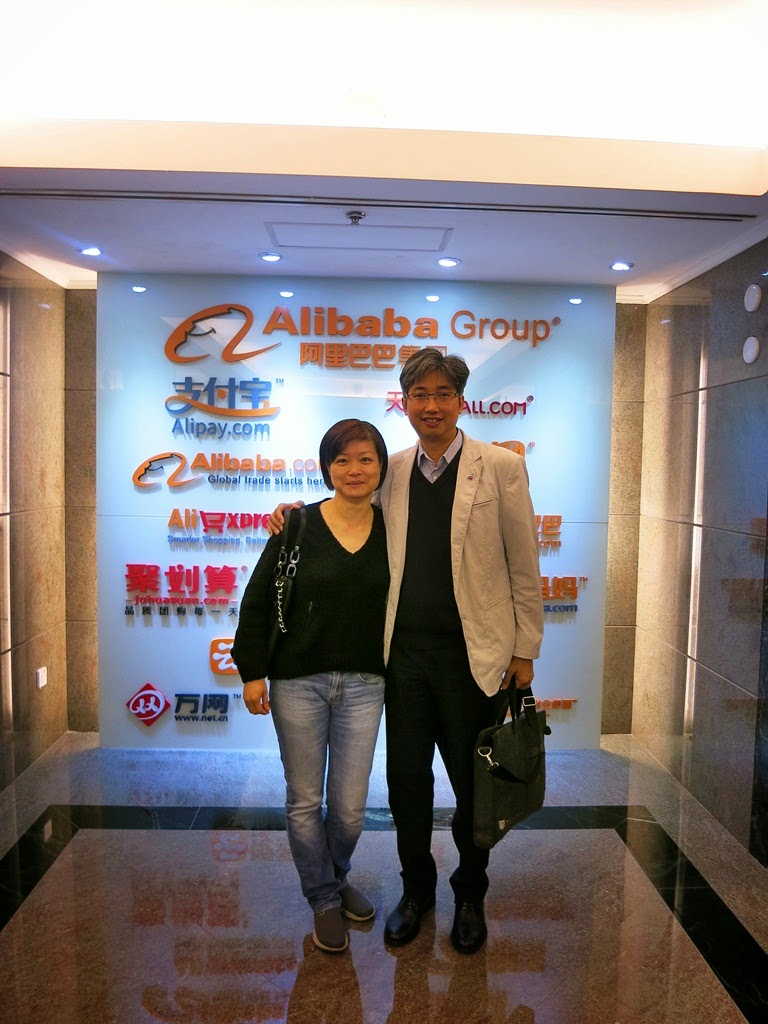