In collaboration with China Association for Quality (CAQ) and The Hong Kong University of Science and Technology (HKUST), Hong Kong Society for Quality co-hosted the 10th ANQ Congress 2012 from 31st July to 3rd August 2012 in Hong Kong. This 2-day Congress (1st & 2nd August 2012) and half-day technical visit (3rd August 2012) will focus on different areas of quality research and implementation such as Service, Manufacturing, Testing and Certification, Healthcare, Environment, Education, etc. The second day of the congress was summarized in the follow and some photos were collected for sharing.


Since Day 2 started at 9:00am, we had a time to take a group photo in front of the backdrop. 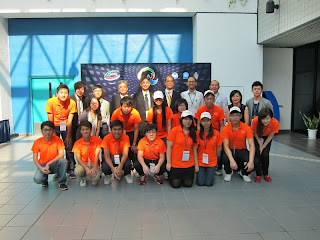 The first session was IAQ session entitled "Quality in Healthcare - Its past, present and future" which was chaired by Prof. Yoshinori Iizuka (Professor Emeritus, University of Tokyo).

The first speaker was Prof. Fugee Tsung (Professor & Head of the Department of Industrial Engineering and Logistics Management (IELM) at HKUST) and his topic named "Service Science and Six Sigma for Healthcare Improvement". 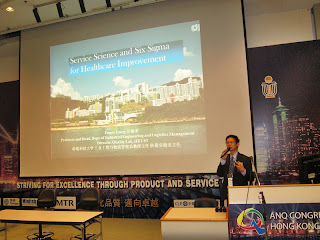 The second speaker was Mr. Janak Mehta (President of International Academy for Quality (IAQ)) and his presentation was "IAQ Initiatives on Healthcare". 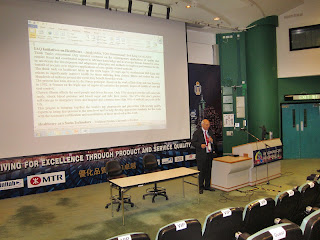 After that I went to other parallel sessions, Dr. Ngo Van Nhon (1st Vice Chairman & Secretary General, VQAH) was presenting his paper entitled "ISO 26000 - Showing the Way in Social Responsibility and Sustainability Development". 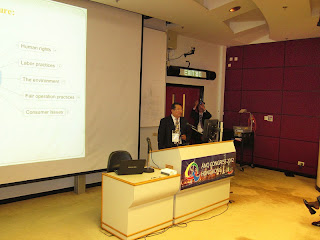 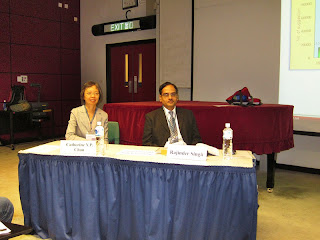 Then we took a photo in front of my poster. 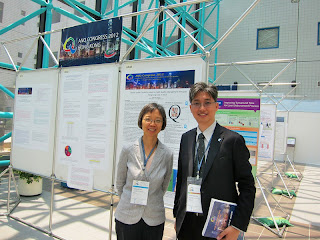 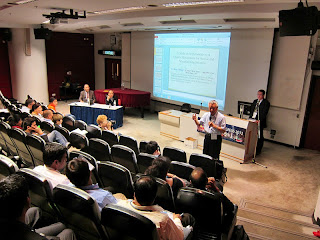 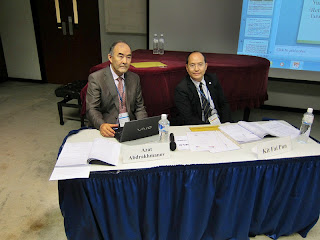 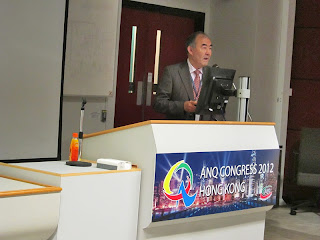 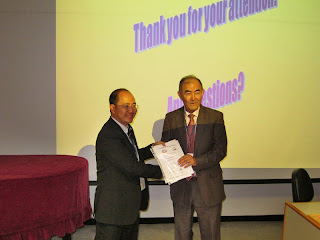 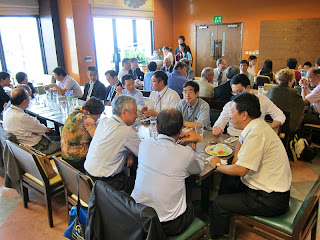 In afternoon, there were three of parallel session for ANQ Recognition for Excellence in Quality Practice (ARE-QP) Awardee sharing their experience. I attended the MTR Corporation and Mr. Adi Lau was the representative. 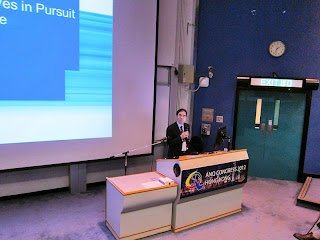 After that Mr. Gregory H. Watson (Immediate Past Chairman, International Academy for Quality) gave us a greeting message through video. It was because Mr. Watson had a urgent business event in the China and he was not available on that date. 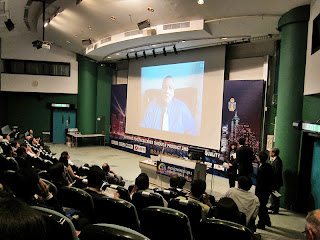 Then Prof. Noriaki Kano (Professor Emeritus, Tokyo University of Science) shared with us "The First Ten Year Journey of ANQ". It was very meaningful to introduce ANQ history to all participants. 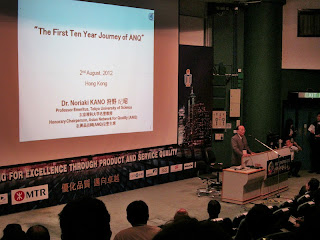 The second keynote speaker in Day 2 was Mr. Janak Mehta (President, International Academy for Quality (IAQ) & Chairman, TQM International Pvt. Ltd. (TQMI)) and his topic was "Quality - The Essence of Being!". 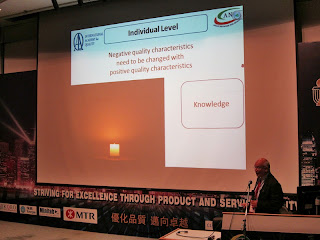 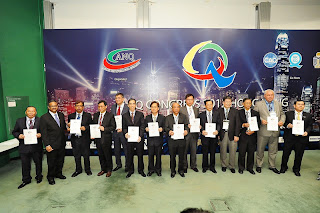 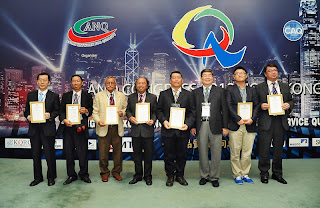 Then I presentation the Best Paper Awards (<10% of paper selected). Dr. Albert Tsang and Jacky Ting was awarded. 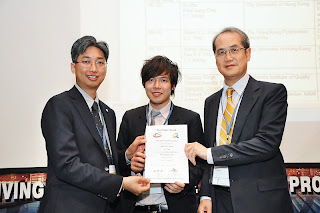 Japanese representative got the award and took a happy photo. 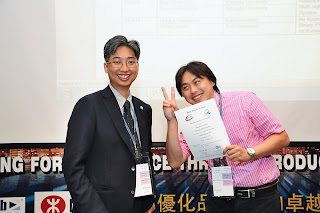 Dr. Zoie Wong was awarded. Those Hong Kong papers were reviewed by our professor team and then nominated to ANQ Congress Committee. 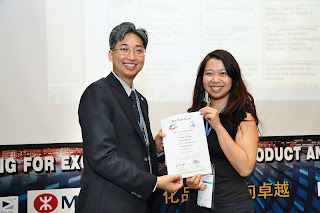 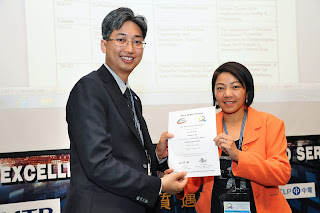 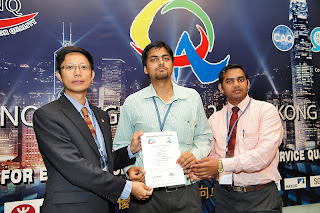 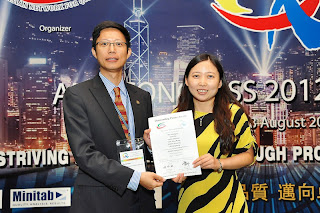 Invitation video to ANQ Congress 2012 from The Standards & Quality Association of Thailand (SQAT) was showed. 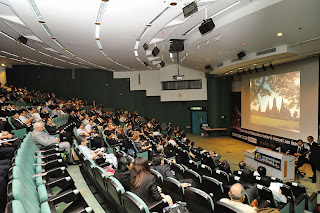 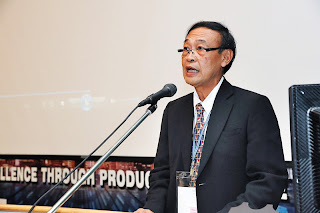 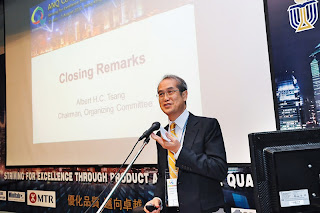 Then Dr. Tsang reviewed the statistics and said the ANQ Congress 2012 was successfully completed. Attracting 400 delegates from 21 countries and regions around the world, the 3-day event was one of the largest ANQ Congresses ever held in its history. The event was highly regarded by delegates and it was organized and managed in ways that conform to the ANQ Way. It broke HKSQ record that there were 41 participants from Hong Kong. 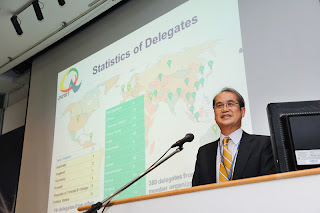 The detailed statistic was shown in the following diagram. 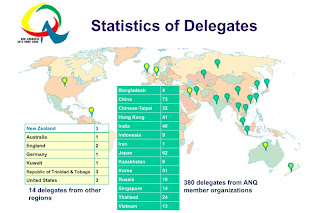 After that we all went to Banquet in YMCA Hotel.