In order to celebrate the successful of ANQ Congress 2012 and appreciate to all HKSQ committee members, as well as, welcome some ANQ members who stayed behind, we arranged a Post-ANQ Congress Networking and Ceremony Dinner which held at Sea King Restaurant, LeiYuMun, Kowloon on 4th August 2012. The restaurant was in the village behind the tall building as the photo below. 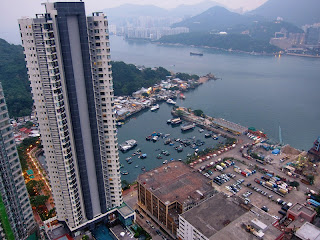 Some guests who stayed behind included Mr. Roland K. Jahnke (IAQ-Germany) ,Prof. Azat and Ms. Gulbakhram (IAQMA-Kazakhstan) (as the photo), as well as, SQI friends. 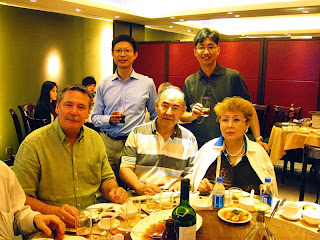 Prof. Fugee Tsung and I toasted for the success of ANQ Congress 2012 Hong Kong. 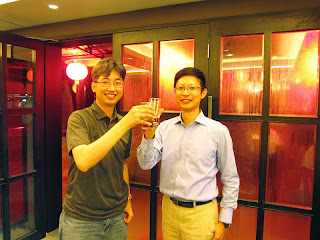 Then I invited Prof. Azat to give a speech since IAQMA was elected to be Board Member of ANQ. 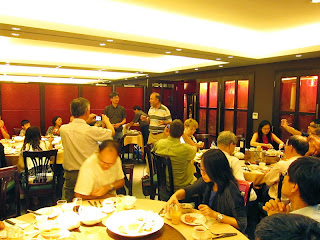 After that I invited our New ANQ Chairperson Mr. Kenneth Liang (Chairman, SQI) to give some comments to this Congress. We then toasted to all participants. 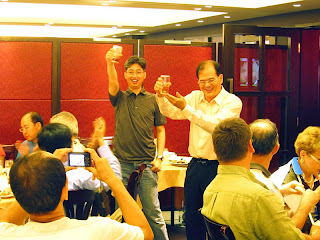 Mr. Humphrey Lee (Vice-chairman of HKSQ) expressed how good of sea food we had. 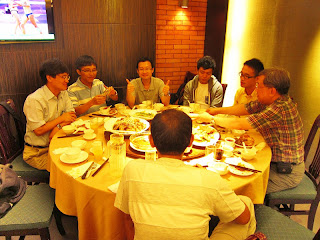 Other members were focused on the sea food too. 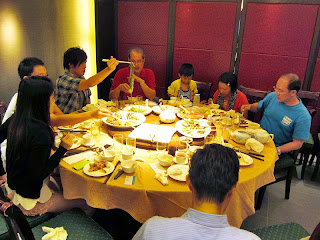 Since I had bring my personal wines included red wine, Whisky and XO, we sang a song after drank. Prof. Azat sang a Kazakhstan song. 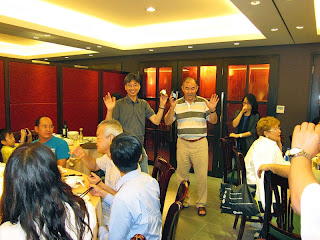 Roland sang a Germany Song and then Mr. CP Chow explained to him we had drink Germany Beer. 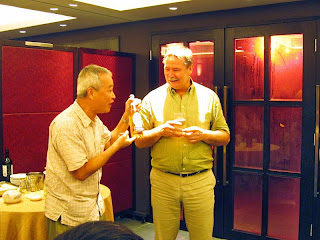 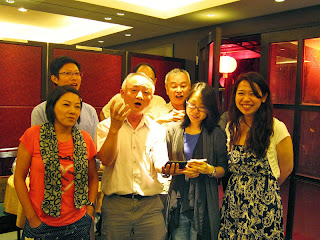 They won many applause. 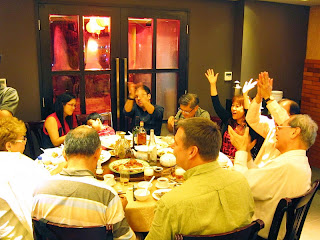 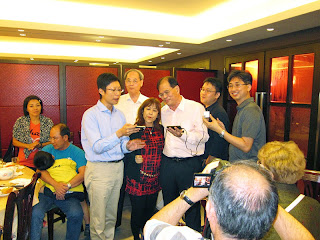