Asian Network for Quality (ANQ) Congress 2019 was held by Standard and Quality Association of Thailand (SQAT) in The Berkeley Hotel, Bangkok, Thailand from 21-25 Oct 2019. The congress theme was “Quality Innovation for Sustainability”.  The ANQ Congress 2019 – Gala Dinner was held on 24th Oct 2019. Minda and I arrived early for reserving a good table. 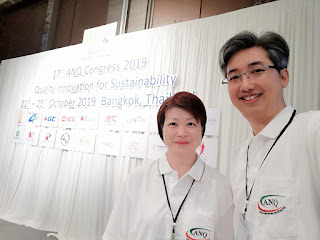 Then we took a photo with traditional Thailand dancing team. 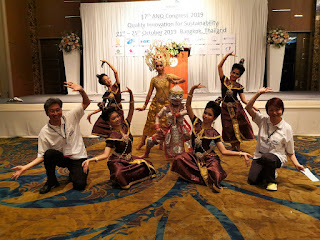 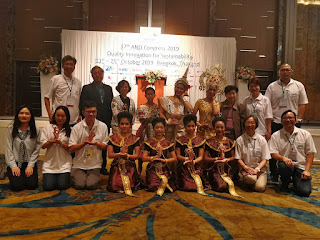 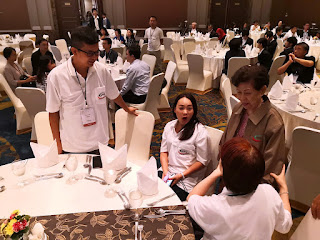 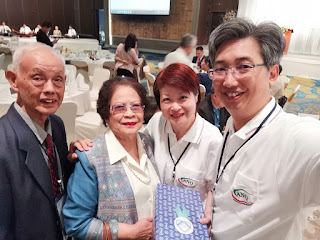 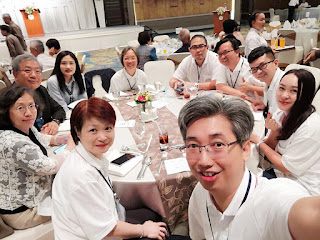 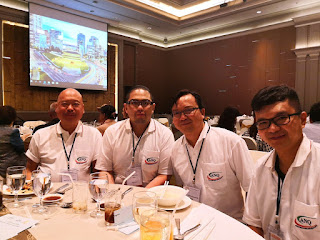 
Many people had already enjoyed the performance. 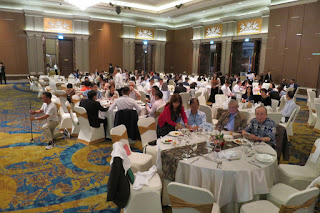 Another type of dancing

The artist played with us. 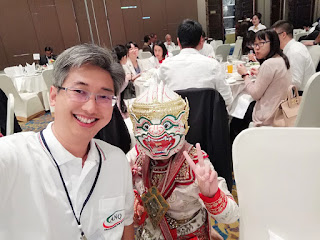 After that we had ANQ traditional performance by member in different country.  The order was in sequence as Mainland China, Hong Kong, Taiwan, Korea, Japan, Vietnam + Russia and Thailand. 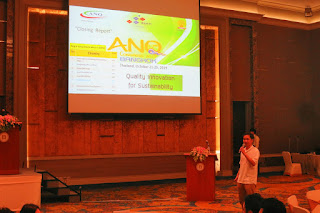 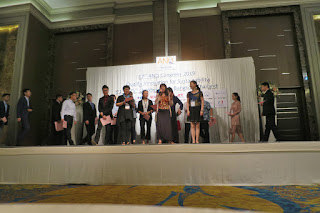 Then I represented HKSQ for Hong Kong to lead a song named “In the same boat (同舟共濟)”. I said Hong Kong now was under difficult situation and we were in the same boat that needed to help each other.  Let’s promote ANQ spirit for assisting people’s quality of life. (Singapore Hongkonger - Mrs. Alice Liang also joined us.) 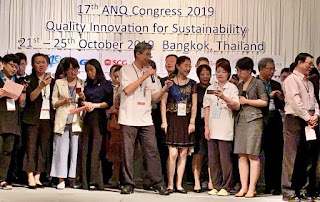 After that Taiwan team led by Prof. Yang and Mrs. Roseline Yang to sing two songs and they were “Hard work equal Win (愛拼就會贏)” and “ Sweet like Honey (甜蜜蜜)” 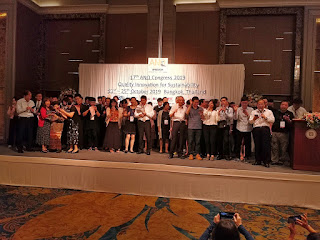 Our video recorded below. 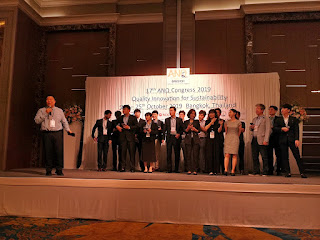 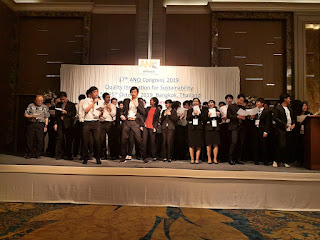 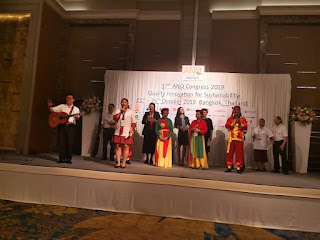 We all distributed this song which was created by VQAH originally. 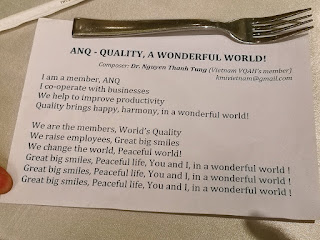 Lastly, Prof. Phulporn led us to dance the traditional Thai for all people.  Small circle formed in the beginning. 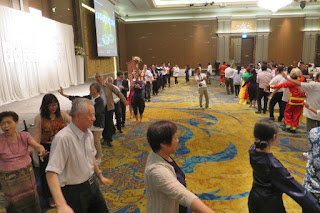 I recorded their happiness during the dancing.

After that we made a big circle to cover the whole hall!

At the end, Hong Kong team took a photo for memory. The first photo we all dress the ANQ T-shirt. 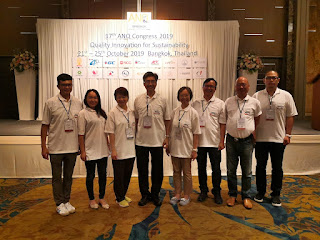 Then we took a group photo and we had appreciated SQAT to arrange ANQ Congress and Wonderful Gala Dinner.  Minda and I would join the technical visit in early morning next day. 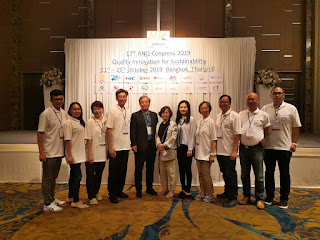