The Industry and University Collaboration Forum (IUCF) is one of ASTRI’s major events held in Hong Kong Science Park. The theme of IUCF 2017 is “Connecting the Dots for Re-industrialisation: The Greater Bay Area Landscape”.  This event is focus on innovation and technologies that can facilitate the next generation of industrial revolution for this region.  I took a photo during registration. 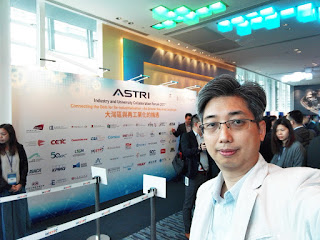 In the beginning the forum, Mr. MY Wong (Chairman of the Board, ASTRI) gave a welcome speech.  He said Industry 4.0 would bring a big change of the world.  Then he introduced different technology and innovation in ASTRI team and recently got a HKIA 2016 award. 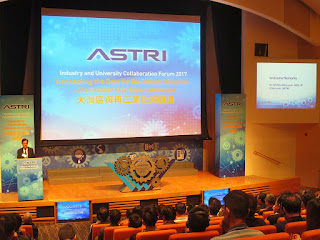 Mr. Nicholas W. Yang (Secretary for Innovation and Technology, HKSARG) gave an opening remark.  He said Hong Kong aimed to be Innovation and Technology (I&T) hub.  Then he briefed several I&T initiatives such as Re-industrialisation through the project Data Technology Hub (DT Hub) and Advanced Manufacturing Centre (AMC) developed by Science Park.  Moreover, he quoted the CE Address that doubles the R&D GDP from ~0.73% to ~1.5% through ITF.  Nevertheless, the internship sponsor will extend to post-doctorate talent for R&D work in Hong Kong. 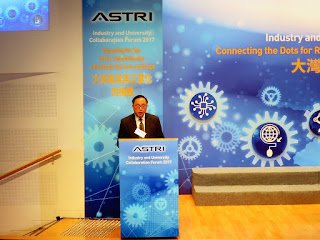 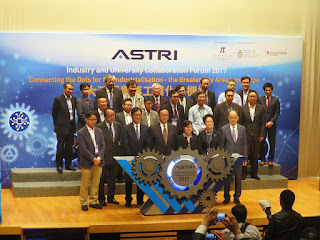 The first keynote speaker was Prof. Lap-Chee Tsui (Founding President, The Academy of Science of Hong Kong) and his topic entitled “The Role of Basic Research in Building an Innovation and Technology Ecosystem”.  He said Hong Kong’s basic research capability was very strong that was one of advantages in the Greater Bay Area.  However, the gap between upper stream and lower stream was very large.  We needed to collaborate among region areas, and between Industry and University.  He also said that young scholars not only published research but also considered the IP to commercialization.  We needed to think the balance.  Finally, he pointed out one of big directions in industries was to connect and develop with university and supply chain. 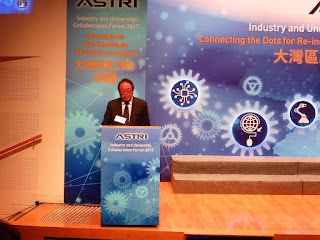 During the tea break, I met Mr. Jimmy Kwok (Chairman, Federation of Hong Kong Industries (FHKI)) and we took a photo for memory. 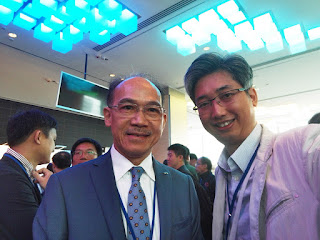 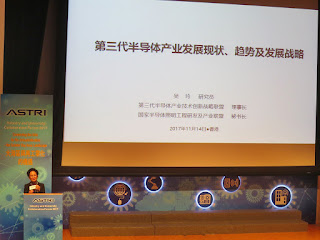 Then Ms. Ling introduced the first, second and third generation of semiconductor’s raw material compositions.  She said LED developed much faster than you expected. 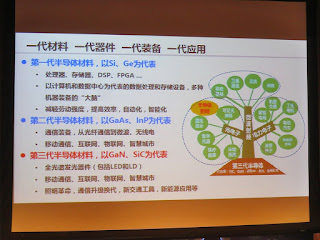 After that Ms. Ling briefed to establish the health industry ecosystem consists of increasing value of supply chain, matching the capital chain and enhancing the service chain.  All above was supported national energy strategy. 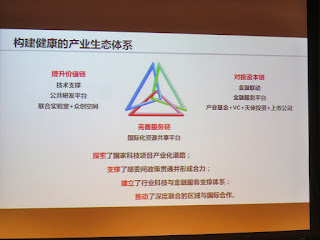 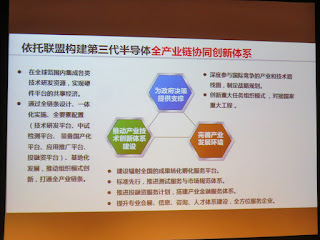 The last speaker was Prof. Li Ze-xiang (Professor, Department of Electronic & Computer Engineering, HKUST) and his topic named “Innovation, Entrepreneurship and Re-industrialization”.  He said four key items to be discussed and they were Innovation, Startup, Incubation and Re-industrialisation. 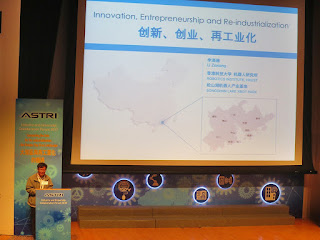 Firstly, Prof. Li introduced HKUST Automation Technology Centre and those researches based on professors’ interests and students’ interests that come out many innovative ideas.  Some success startups were mentioned such as DJI founded since 2006. 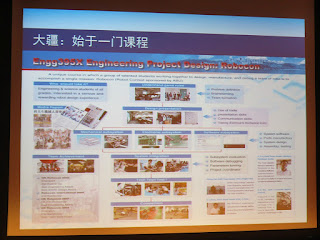 Then Prof. Li quoted Michael Moritz (Chairman, Sequoia Capital) that “The Phantom 2 Vision is the rough flying equivalent of the Apple II.”  And he added the R&D system established by “Student’s interests, perspective and passion”, “Course, Topic and Entrepreneurship combination”, “Alumni partnership”, and “Student lead with Teacher’s coaching”. 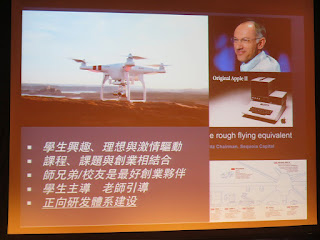 After that he told us how difficult the startup development and they had top 20 fail reasons in which 7 points were highlighted. For hardware startup, he introduced Dyson experience through the 5 steps were 1) Concept; 2) Design; 3) Prove; 4) Scale and 5) Production. 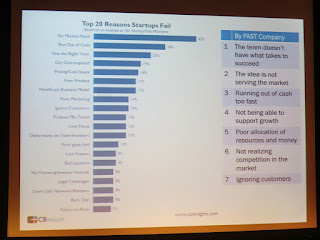 For Re-industrialisation, Prof. Li introduced the C2M model that was Customer and Material、Machine、Manufacturing、Movement. 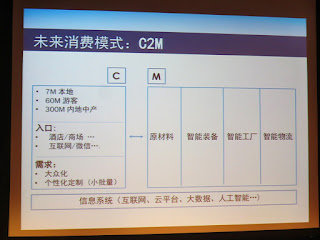 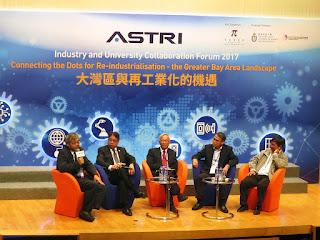