The APAC Innovation Summit series was a flagship innovation conference of Hong Kong Science and Technology Parks Corporation (HKSTPC) and the topic in September was entitled “Smart City Connected City” which was held on 7-8 Sep 2017.  The summit aimed to explore the Smart City Blueprint for Hong Kong and how smart resilient planning could successfully be realized in neighbouring countries.  Before the summit, I met Mr. Peter Fung (Immediate past chairman, HKSQ) and took a photo for memory.  I had only attended the first morning session and summarized as follows. 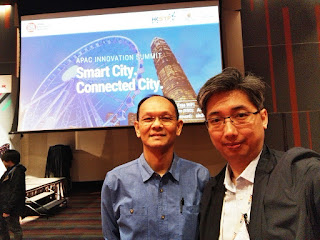 In the beginning, Mr. George Tee (CTO, HKSTP) gave welcome remarks.  He said it was the 3rd year in the topic of Smart City.  Hong Kong is a good place for Smart City Solution.  HKSTP collaborated with CUHK to develop the Smart Region and Smart Solution. 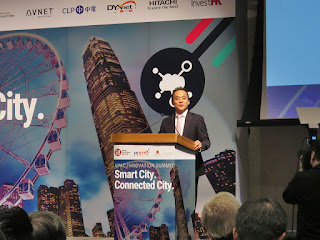 Dr. David Chung (Under Secretary for Innovation and Technology, HKSAR Government) was our guest-of-honour and gave an opening speech. He said government had developing the Smart City Blueprint through consultant.  One of recommendations was to start smart city development early.  Moreover, we would cooperate with Shenzhen for developing Innovation and technology loop.  He asked us to build Hong Kong to be Smart City together. 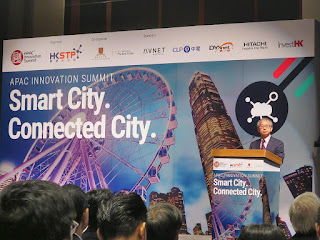 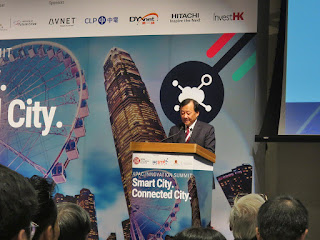 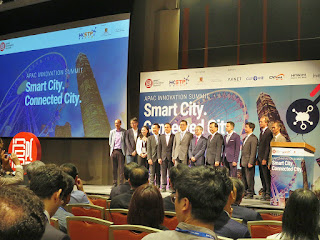 The first keynote speaker was Mr. Allen Yeung (Government Chief Information Officer, HKSAR Government) and his topic entitled “Smart City Blueprint for Hong Kong”.  He would like to share the latest development of consultancy study on smart city blueprint and introduced some proposed initiatives as well as open data in Hong Kong. 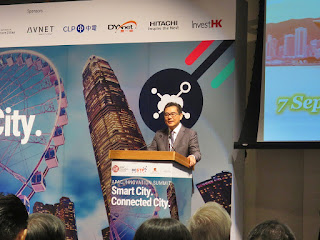 The public consultation for Smart Hong Kong had started and completed at the end of Sep 2017.  You are welcome to submit your view at www.smartcity.gov.hk .  Then Mr. Allen Yeung briefed the urban challenges and trends included Ageing Population, Economic Shift, Rapid Urbanization, Climate & Resource Scarcity and Technological Breakthroughs. 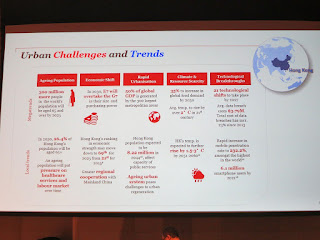 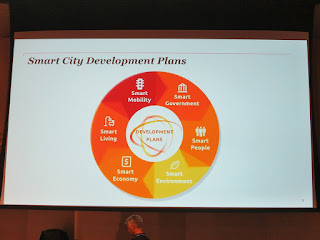 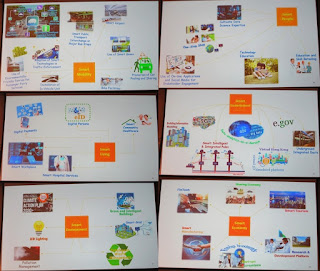 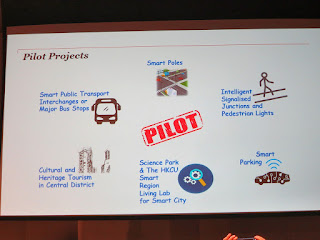 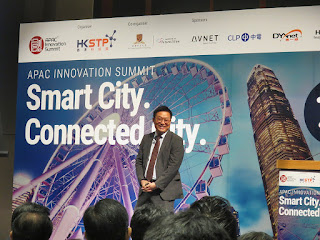 After that Mr. Hwang introduced Korea’s strategy for the Fourth Industrial Revolution.  Smart City was one of strategies and focused on “People-centric”.  He said the first generation was digital city in 1994 through internet technology.  Second generation was in Songdo and Incheon in 2004 which key technologies included Sensor plus Internet.  Then many cities were belonging to Third Generation which employed Big Data + Sensor + Internet.  Singapore (2015) and Pittsburgh Colombus city (2016) belong to Fourth Generation that they used AI + Big Data + Sensor + Internet. 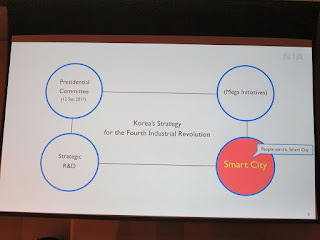 Mr. Hwang said “Smart City is not a product!” because “City is the most complex system”. 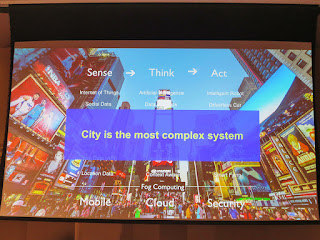 It could be distinct cities with or without platform.  Smart City Platform had three layers and they were Infrastructure layer, Data layer and Service layer.  IoT was platform of platform!  New Approach to Smart City Platform would be “Data Hub” + “Standard API”.  Data Hub enables to use data for smart city services from a variety of sources and with different formats.  Standard API makes API of different cities standardized. 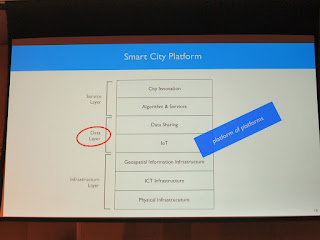 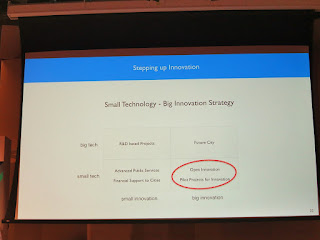