This is very sad news about Prof. Yoji Akao who was the founder of Quality Function Deployment (QFD), passed away at 88 years old on 24 Oct 2014.  We, Hong Kong Society for Quality (HKSQ), expressed hearty condolences to Prof. Yoji Akao 's family, friends and colleagues.  Prof. Yoji Akao is the first winner of the Ishikawa-Kano Award (IKA) in ANQ Congress Delhi 2010 (from 19-20 Oct 2010). 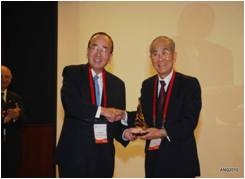 
Moreover, Prof. Yoji Akao got the Deming Prize for Individuals by JUSE in 1978. (https://www.juse.or.jp/upload/files/list_Deming_Prize_for_Individuals2016.pdf) 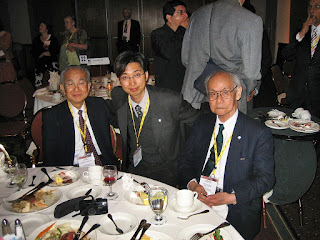 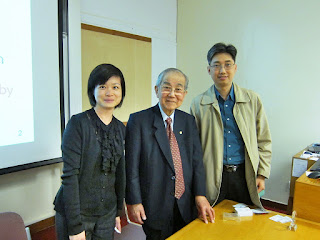 We had lunch with Prof. Yoji Akao and Mrs. Akao in next day. I took a photo with them. 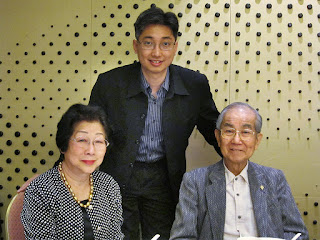 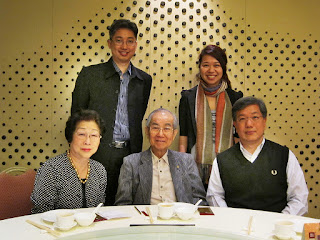 Next year, we joined the Hong Kong QFD Symposium 2012 and met Prof. Akao again.  At that time, his student (also like his daughter) Dr. Catherina Chan (President, HKQFDA) established HKQFDA in 2009 and would like to promote QFD in Hong Kong.  Prof. Akao held my hand and told me that you are an important man. 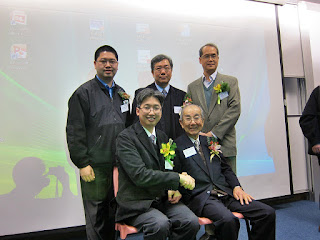 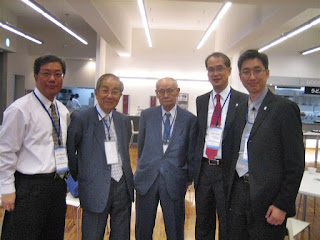 
Prof. Yoji Akao was the keynote speaker but he was not able to join ANQ Congress 2015 this time.  His student Dr. Catherina Chan presented for him and the topic named “Introducing QFD to Taiwan”.  Then we all sign the birthday card for Prof. Yoji Akao for his 87 years old. 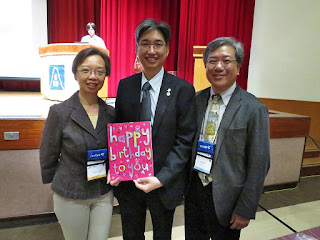 
I have Prof. Yoji Akao’s QFD Book in English version named “QFD: The Customer-Driven Approach to Quality Planning and Development” which published by Asian Productivity Organization in 1994. 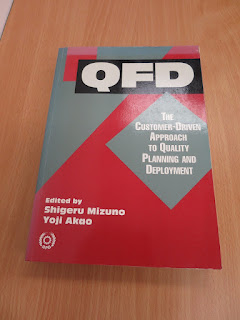 It is with deep sadness that Hong Kong Quality Function Deployment Association shares the news of the death of Prof. Yoji Akao, our Honorary President, on 24th October 2016.
Yoji Akao was the founder of QFD. His passion with and his dedication to QFD was greatly respected. His humility, kindness, enthusiasm, sincerity, caring heart and beautiful spirit had deeply touched the heart of every one who knew and who had met him. We are grateful for the time we had with Prof. Akao. The memory of him will always be in our hearts.
As we celebrate the life of Prof. Akao, let us join the family in mourning a departed world quality guru.

Dear Catherine and all,
It is sad to hear this new. It is a great loss in the quality world.
We extend deep and heartfelt sympathy to Prof. Yoji Akao and his family.

On behalf of all members and Board of Directors, and myself as President of the Canadian Society for Quality, we extend our deepest sympathy to Professor Yoji Akao family on the passing of this great quality pioneer whose memory and renowned contributions to quality knowledge will live for ever. I had met him personally many times in the United States during the ASQ and the IAQ conferences and meetings and taken pictures with him. His warm greetings, smiles, and handshakes will always be in my memory.
We pray for his soul to rest in peace!

It is a really sad news that Prof. Yoji Akao passed away. His contribution on QFD was indeed great in my country, Korea.
Many quality professionals have used QFD for quality activities in companies. His contribution will be remembered for a long long time.

A great loss to the quality community of the world. Father of QFD (Quality Function Deployment) will no more with us physically, however his thoughts and practices remained with us.
I got opportunity to meet him in ICQ 2005 at Tokyo I still remember he listened to my paper on Students' Quality Circles and even asked me how the young students understand the importance of Pareto Diagram?
Wish he come to Nepal to see how students of class six can explain the cumulative frequency.
Also Sensei is not With us but his knowledge we will carry over for ever.
With Love and Regards

Dear Mr. Lotto,
IT is really to know about the demise of Prof.Yoji Akao the father of QFD,HongKong.
The Quality community across the world has lot a veteran and is difficult to fill up the vacumn

I pray God to give strengh to his family to bear the loss of Prof.Yoji Akao.

Sad to hear. A loss to Quality family

It's with deep regrets to hear of the sad news of the passing of Prof. Yoji Akao (Father of QFD).

On behalf of SQI and Singapore friends, we would like to convey our deepest condolence and heartfelt sympathy to the family of Prof. Yoji Akao.

It's a bad news!
Prof. Yoji Akao's death is a big loss to the quality management world. His contribution to quality is unforgettable!
--
Prof. Zhen He (何桢)
Associate Dean, College of Management and Economics, Tianjin University
Chair, Dept. of Industrial Engineering
(IAQ)
30 Oct 2016

It's a sad news learning that Professor Yogi Akao, IAQ Honorary Member and one of world quality gurus is passed away. It's a great loss for IAQ as well as for the world quality community and specifically those who have been familiar with and used QFD in their quality improvement project across the world. His innovative approach in QFD was very effective and functional which helped many organizations to improve their competitive advantages in global markets.

I had the honor of meeting him in many conferences for more than a decade and in all those opportunities, his unique commendable character of sincerity, kindness, openness, humility and many other top qualities of a true quality guru impressed me.

I deeply feel sad for his loss and would like to express my heartfelt condolences first to his family, close friends and colleagues and then to IAQ family and finally to all quality professionals in the world.

Noted with deep sadness for the news that Prof. Yoji Akao, the founder of QFD, passed away.
We are grateful for his kindness, enthusiasm and beautiful spirit.
The memory of him will always be in our hearts.

It's with deep regrets to hear of the sad news of the passing of Prof. Yoji Akao, Father of Quality Function Deployment (QFD).He is the first winner of the Ishikawa-Kano Award (IKA) in ANQ Congress Delhi 2010.

On behalf of VQAH and Vietnamese friends, we would like to convey our deepest condolence and heartfelt sympathy to the family of Prof. Yoji Akao.

Thank you for information about Prof Akao passing away. It is indeed a great loss in quality area especially in QFD.

We have sent our condolence to Prof Akao’s family through Dr. Catherine Chan.

Indeed a SAD News... may god rest his soul in peace..

Thank you for sharing... appreciate your energy and effort in sharing the news

Request if you can change my communication id from reliance to gmail. (devashishnandi@gmail.com)

Dear Sir!
Thank you for Notification.
I, a member of Vietnam Quality Association, extend deep and heartfelt sympathy to Prof. Yoji Akao and his family, too!​
Best regards,
Do Thi Ngoc
1 Nov 2016

Thanks for letting us know about the passing on of the great son of the world. New comers like us have missed an opportunity to hear from his mouth.

May His Soul Rest in Peace