Mr. Peter Fung (Chairman, HKSQ) and I (HKSTP representative & Former Chairman, HKSQ) were honor to be invited by HKQAA to attend the MOU Signing Ceremony of Hong Kong Quality Assurance Agency and Shaanxi Province Quality and Technology Supervision Bureau (SPQTSB) (陝西省質量技術監督局).  Recently, the economy of Shaanxi Province has been accelerating and has played a pivotal role in the “One Belt, One Road” initiative.  HKQAA cooperated with SPQTSB to jointly facilitate the industry development in both Hong Kong and Shaanxi.  In the beginning, we took a photo with Mr. Bryan Peng (Assistant Director, HKQAA) (Left 1) and Mr. Nic Chan (Account Manager, HKQAA) (Right 1). 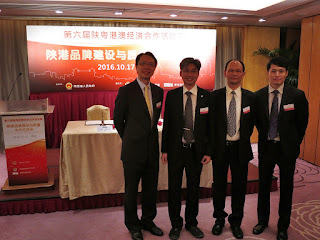 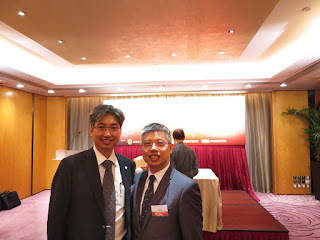 In the beginning, Mr. Li Wei (李偉) Shaanxi Province representative as the Master of Ceremonies (MC) and introduced speakers for MOU. 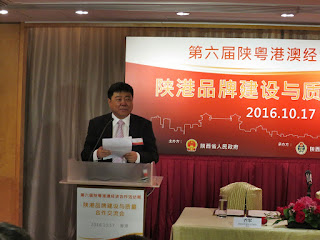 Firstly, Mr. Zhang Xiao-ning (張小寧) (省政府副秘書長) gave a welcome remark.  He said the Qin Shi huang (秦始皇) standardized the measurement units during Qin dynasty.  The location of starting is in Shaanxi.  Then he briefed the government’s strategies included One Belt One Road, Thirteen Five-Year Plan, etc. 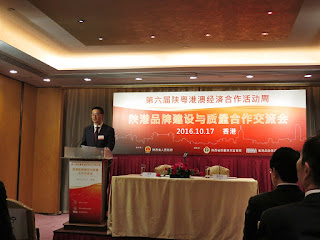 Then Ir. Dr. Hon Lo Wai-kwok (Chairman, HKQAA) gave welcome speech.  He said customer raised their requirement to the industry on both management level, quality and environment protection.  We would follow China government strategies such as One Belt One Road and CEPA to enhance our competitive edge through One Country Two Systems.  Today’s MOU included 4 strategies cooperation to improve the industry capability in both Hong Kong and Shaanxi. 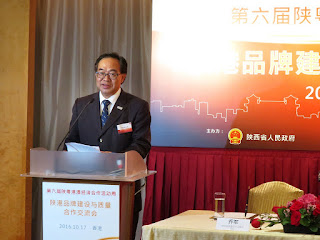 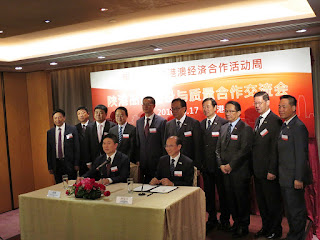 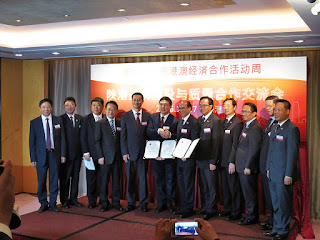 The first speaker was Mr. PC Chan (Chief Operating Officer, HKQAA) and his presentation named “SPQTSB and HKQAA Strategic Cooperation Program”.  He briefed the objective of this cooperation was to enhance the testing, inspection and certification service in both Hong Kong and Shaanxi so as to improve the quality and brand level. 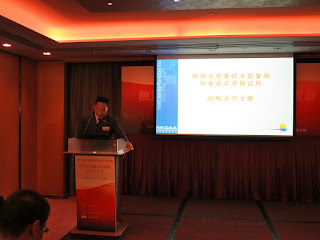 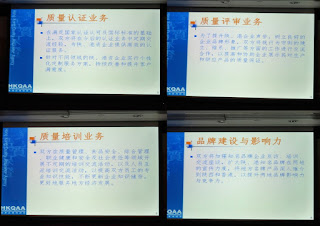 After that the industrial representatives in both Hong Kong and Shaanxi were shared their experience. The second speaker was Mr. Xiao Yu long (肖玉龍) (陜西省外經貿實業集團有限公司). He said they would like to establish the integrated service platform for SME. 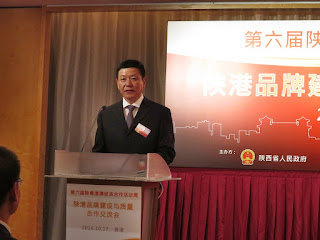 Mr. Wong (黃家和) (金百加集團主席) was next speaker and he was also broad director of HKQAA and Chairman of Hong Kong Brand Development Council.  He said good brand was very important and he hoped the activities between Hong Kong and Shaanxi would increase in near future. 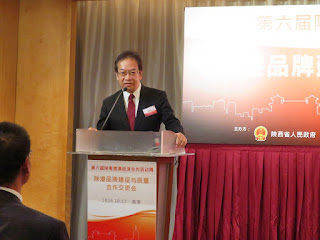 Mr. Chow (富士達) said they were one of key suppliers from Huewai and ZTE. He said the competition in future should be on Quality and Brand. 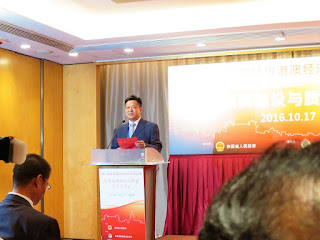 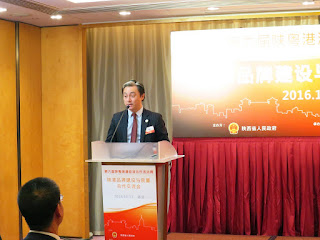 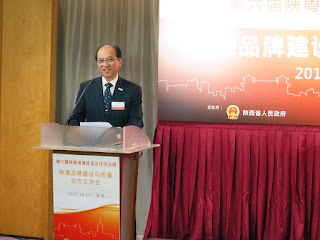