HKSQ had arranged an event under Life Quality Series named “Tapas, Iberico Ham and Wine Pairing Workshop” held on 12 December 2015. It is the second workshop we arranged for life style and quality. The VPlusU Company Limited and DIVERXU Limited are the partner companies of this workshop and we learnt about Spanish Tapas and Quality of Iberico Ham, as well as Winemaking. 12 participants joined the workshop where 5 are HKSQ exco members, 6 are HKSQ members (or companions) and 1 ASQ-HK member. We took a group photo for memory first. 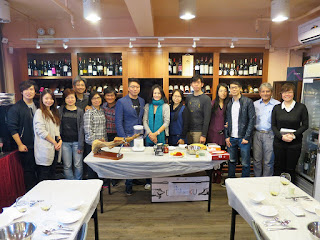 In the beginning, Representative of VPlusU introduced Light Wine Making Process. He explained the Sparkling Wines (where bubbles of carbon dioxide gas have been trapped in the wine) such as Champagne from France (Traditional Method), Cava from Spain and Asti from Italy. Tank Method used Prosecco (Italy). Another wine named Fortified Wine which had extra alcohol levels of 15-22% such as Sherry from Spain and Port from Portugal. 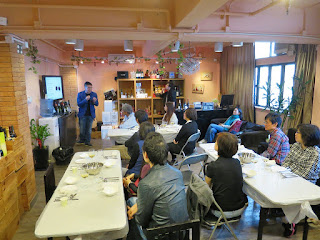 Wine styles different come from climate, grape varieties and oak. The character of wine to be analyzed were Weight, Sweetness, Acidity, Tannin, Flavor and Fruit Character, as well as, Service Temperature. The following diagram showed some samples of White Wine and Red Wine. 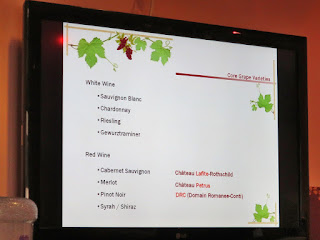 After that the meanings of wine label were discussed. Moreover, Food and Wine Matching principles were briefed such as light weight with seafood without cook, medium weight with cooked seafood or white meat, and heavy weight with grilled red meat. 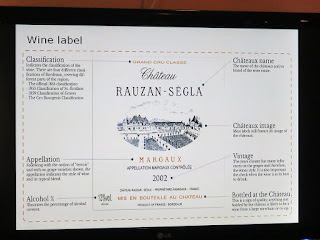 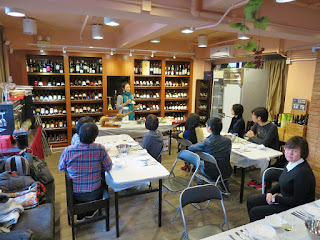 The soup was blending from the mix of Spain shoot (筍), oil, vinegar, etc. 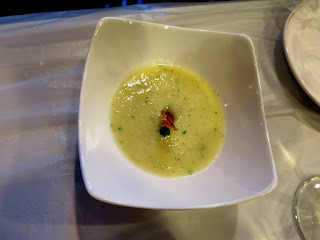 Before demonstrated the ultra-thin cuts of ham, we took some photos to catch this happy time. 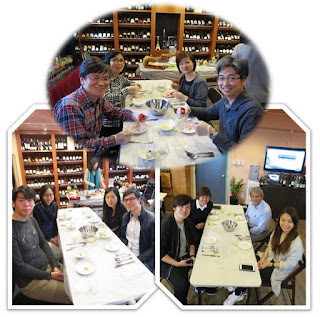 Then Esther showed her video to explain different parts of Iberico Ham included Babilla, Maza, Punta and Jarrete.
Youtube at Diverxu - 火腿貼士懶人包7分鐘足本 All Tips About Ham 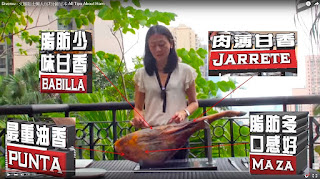 After that she demonstrated how to perform the ultra-thin cuts of ham and everyone had a chance to practice it. She cut the ham with 36 months (storage time) for us. 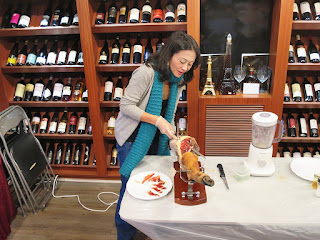 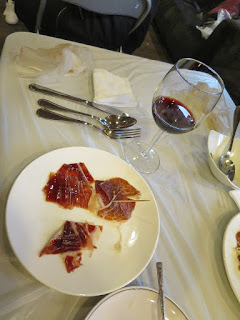 Finally, we sliced by ourselves and I recorded our happy time for memory. 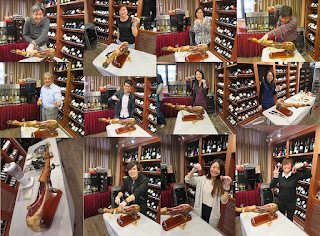 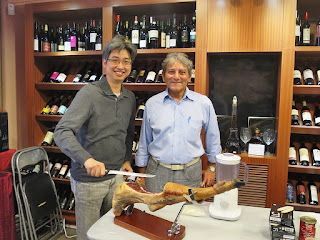