The DIY Marketing Workshops Series (4) named “Marketing Research” was organized by Hong Kong Science & Technology Parks Corporation (HKSTP) on 3rd Dec 2015. Marketing research is one of the most effective tools to know about your markets and customers. The findings of successful marketing research will definitely help companies to develop effective marketing mix. 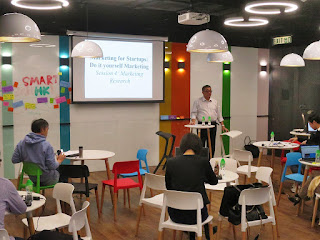 In the beginning, Prof. Powpaka introduced different types of research. He said the goal of academic research was to discovery theories; and a theory was an explanation of a phenomenon, as well as, it was facts. 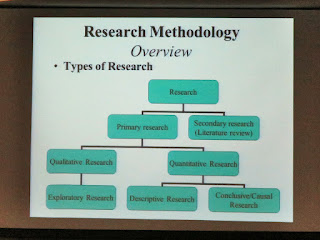 Then he explained the research methodology that separated into “Concept” to “Construct” to “Valuable”. Where Concepts had constitutive definitions but was not able to be measured directly. Constructs were concepts that could be measured if operational definition added. The relationships among Concepts, Constructs and Variables were discussed. For instance, 1 concept → 1 construct → 1 scale → 1 or more observed variable. Different Scales were explained as follows:
i) Nominal scale – ID
ii) Ordinal scale – Ranking
iii) Interval scale - Degree of difference between items (without zero)
iv) Ratio scale – with zero value 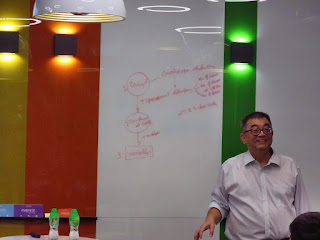 After that Prof. Powpaka drew another diagram. The upper part (Perceived Quality (PQ) → Attitude (A)) was concept (in Empirical World) and the lower part (Xn → Yn) was Variables/Scales (in Abstract World). Since Concept was not be measured, we could only measure its variables and verified our concept relationship from Abstract World to Empirical World. 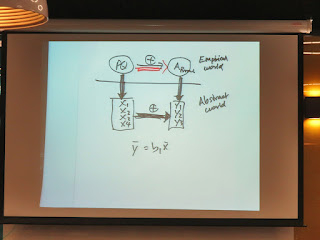 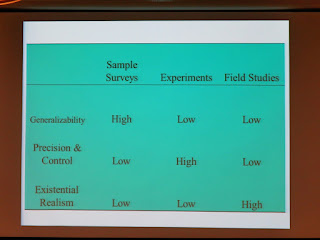 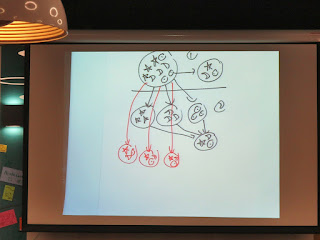 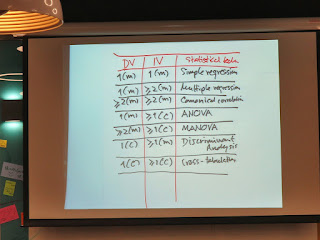 For Positioning Research, Prof. Powpaka showed the steps from “Need Recognition (Problem)” to “Search” to “Alternative Evaluation” and then obtained the Perception Map(s). Where A to F in diagram was Shopping Centre and 60 degree was ID line. It could estimate the ideal location. 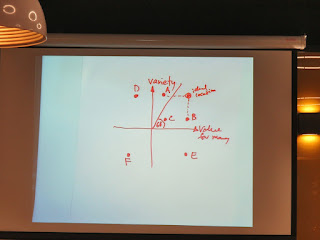 After that Prof. Powpaka demonstrated the data analysis using SPSS using the model that X1-X11 were parameters and Y1 was Brand and Y2 Purchasing Intention. The first step used Factor Analysis to find how many factors (Data reduction) and then compared their Means (FS) and using factor scores for multiple regression with Y1. Finally, he used simple regression to find the relationship between Y1 and Y2. 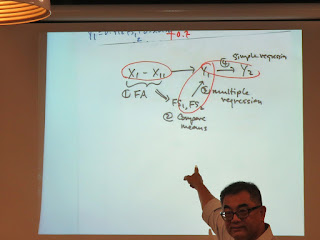 At the end of the workshop, I asked Prof. Powpaka how to calculate Cronbach’s Alpha. He demonstrated and said it should be larger than 0.7. He also told me that Cronbach’s Alpha used as reliability test for sample survey under “Structural Equation Modeling”. (P.S. usually used to test model with large scales) 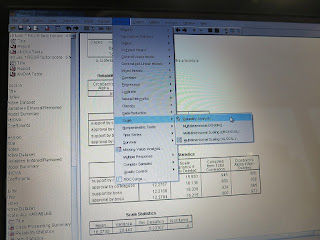 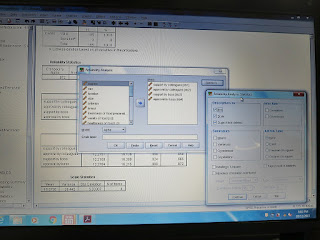 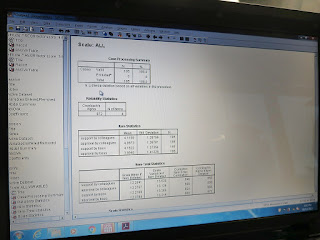