The October Topic of ASQ Influential Voice had been raised by Paul Borawski (CEO, ASQ) "Quality In Fields "Beyond" Quality". Paul briefed an innovative weekend event called Doors Open in which ASQ offices were opened for visitors more than 100 year-old building. Then he would like to discuss about “beyond” Quality in CSR and Innovation.

The Banking drama Hanzawa Naoki (半沢直樹) was scored the highest ratings in three decades in Japan. I would like to discuss it from quality perspective. Hanzawa Naoki had almost all elements on Ohmae's Professionalism included super-specialized knowledge, skills and moral values, adhere customer first, curiosity, analytical mind and never give-up with strict discipline. He has a vision to change the bank ecology system and also revenge for his father (it is only for drama).

Hanzawa Naoki is a bank staff and one of his duties is due diligent. He focused on people rather than machine. He has a good observation technique & skill to find the key values or key problems. Left upward photo showed that he found staff with excellence skill and their technical patent. Right upward photo showed that he observed no one to take the phone call in another factor for about 20min. The lower photos showed Japan TV advertisements; it was observed that most enterprises focused on Innovation such as “Toshiba leading Innovation” and “NISSAY insurance evolution through creativity”. 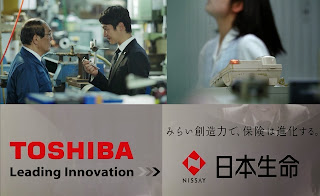 Lastly, I found that Japanese drama was developed in very detail and striving for excellence. I observed one screw which Hanzawa Naoki used to remember his father (His father suicide because the bank staff cheated him and causeed his factory going to bankrupt.). The screw with blood stains for 25 years and it located in the range of the 8th to 12th screw threads. It was consistent in the whole drama from Hanzawa Naoki as a child to the end of the story. 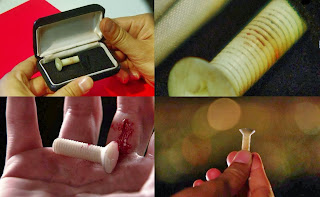 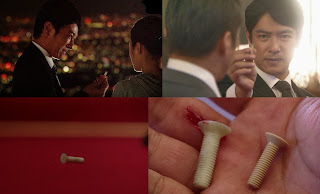 I would like to point out why the drama was so attractive in the following points:
i) Detail striving for excellence
ii) Humanization
iii) Audience Resonance

I think it is beyond customer need or potential need or expectation. The director of this drama was able to observe people’s feeling and subconscious, as well as, social phenomenon. All these ideas join together and become Innovation – Banking Drama Hanzawa Naoki (半沢直樹).