The Seminar on Integrity and Professional Development in Testing & Certification Industry was organized by the Hong Kong Council for Testing and Certification (HKCTC) and co-organized with Association of Construction Materials Laboratories, HKTIC, HKICA, ICAC, HKQF and VTC. The value of testing and certification services depended on its credibility. Therefore, this seminar aimed to bring together representatives of relevant public organizations, professional bodies and gurus in the industry to share their wealth knowledge in the two major pillars of credibility included Integrity and Professionalism.

In the beginning, Mr. Kesson K.S. Lee (Secretary-General, HKCTC) gave a welcoming remarks. He briefed the existing status of Testing and Certification Industry. 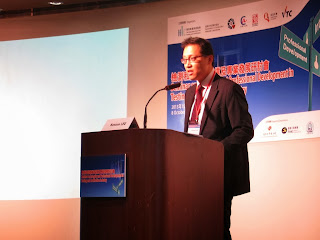 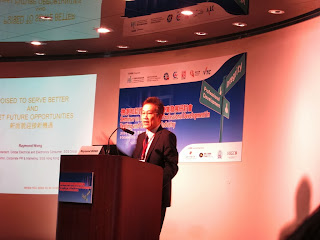 Then Mr. Wong introduced the two major elements of SGS that were People (i.e. Trust, Integrity & Professionalism) and Knowledge (i.e.Regulation, Technical and Market). In addition, Mr. Wong mentioned their Code of Integrity in which annual Integrity Training Program and E-learning were provided to employees. For professional development, they separated into Academic Knowledge, People Development and Skill Training. There were 6 levels from "Lead Self" to "Lead Others" to "Lead Others and Manage Business" to "Lead Leaders and Grow Business". 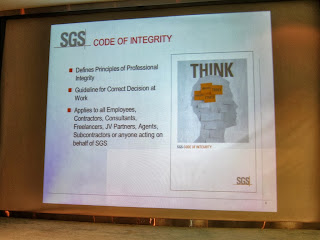 The second speaker was Mr. Lawrence Chung (Deputy Executive Director of Hong Kong Ethics Development Centre, ICAC) and his topic named “Professional Integrity for Testing and Certification Industry – A Perspective from the ICAC”. 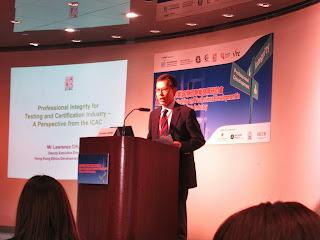 Mr. Chung said to fulfill the Law which was a minimum requirement. The highest requirement was Professional Integrity. Professional Integrity included 3As that were Alert (Common Integrity Risk), Aware (Anti-corruption Law) and Act (Ethical Decision Making). For prevention of Bribery Ordinance, it need to avoid another 4As (Agent, Accepts/solicits, Act and Approval) stated in the following diagram. 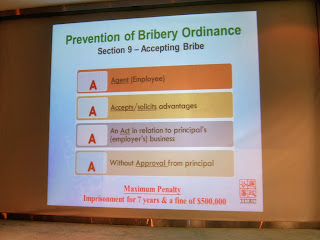 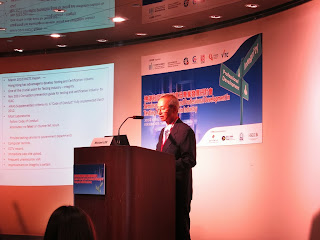 For Nondestructive testing, it was high risk because ultrasonic test for welding was no electronic records to prove the presence of defects. For On-site testing, slump test for concrete workability had not done but result was “pass”. For Sampling, it only selected good test sample or pretreated sample. Then Mr. Lee shared the following case of handle over capacity situation. 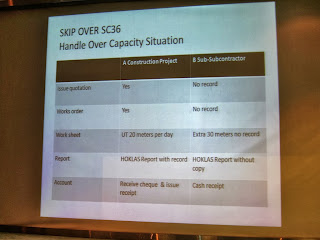 Finally, Mr. Lee suggested to perform refresher Course on “Code of Conduct” every 3 year and developers to employ material testing laboratory directly through Architect, not by construction company.

Mr. Felix Chan (Convenor, Education and Training Subcommittee, TIC Industry Training Advisory Committee (ITAC), Qualifications Framework (QF)) was the fourth speaker and his topic entitled “Introduction to the Specification of Competency Standards for Testing and Certification”. Mr. Chan introduced the 7-level hierarchy of QF and which aimed to foster life long learning. Then he also briefed the Specification of Competency Standards (SCS) and Recognition of Prior Learning (RPL) mechanism. 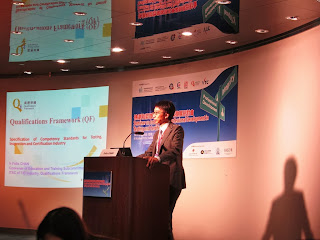 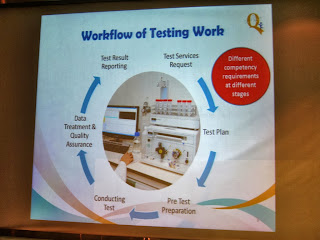 The application of SCS in TIC industry included “HRD & HRM”, “Benchmarking & Recognition” and “Education & Training”. Finally, he reminded the coming TIC SCS Industry consultation period would be from 1 Nov 2013 to 30 Jan 2014. Moreover, the consultation session would be held on 13 Nov 2013 from 3:30pm to 5:30pm in the Auditorium, CGO, Tamar.

Mr. Dominic Lam (General Committee Member, HKTIC) was the fifth speaker and his topic named “Professional Certification Scheme for Testing Personnel: Why and Who needs it”. Firstly, Mr. Lam introduced the industry profile and its role such as supporting manufacturing, export and other service industries for Hong Kong economic. 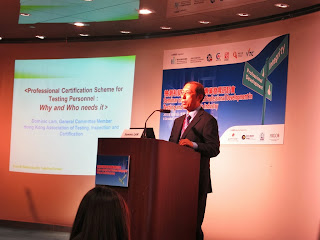 Then he introduced the Professional Certification Scheme for Testing Personnel (PCSTP) for demonstration of individual’s professional competence. The overall scheme was showed in the following table. In order to continuous improvement, the scheme encouraged to accumulation of continuing professional development units (CPDUs) for re-certification. 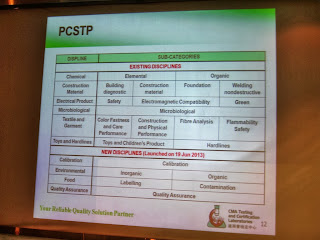 At the end, Mr. Lam used an example “CEO vs King of Hong Kong Style Milk Tea” to explain what ever how high position you are, you are still not a professional and got nothing if missing integrity!

Dr. Lawrence Chan (Deputy Executive Director, VTC) was the sixth speaker and his presentation was “Professional Development and Continuing Training for Practitioners of the Testing and Certification (T&C) Industry”. 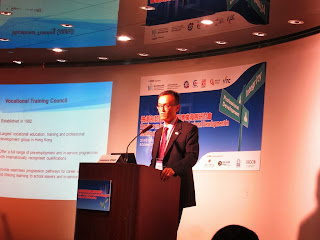 The last speaker was Ir. Dr. Tommy Lo (President, Hong Kong Institution of Certified Auditors) and his topic entitled “Auditor Training for the Testing and Certification Industry”. He introduced the factors to be considered by auditor for Product Certification Scheme. 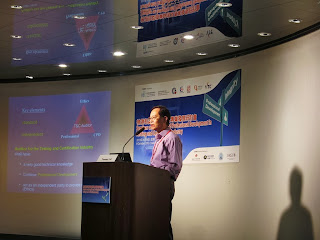 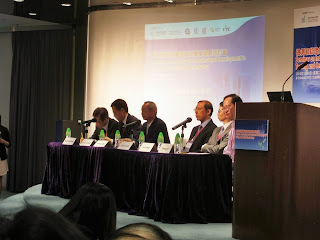 Mr. Lawrence Chung said there were near 4000 cases received in ICAC those cases were ~62% from private companies, ~30% from government department and ~7% from public bodies.
Mr. Raymond Wong discussed about Integrity Culture which not only for staff but also for customer. He added that SGS sent 20 MC questions quiz about integrity for staff monthly.
Mr. Dominic Lam answered how to increase the recognition of PCSTP such as industry acceptance and HOKLAS considered in Approved Signatory.