I had taken some photos at about 10:00pm for sharing. (I came back to HKSTP after EngD Society AGM meeting at CityU in that night.) 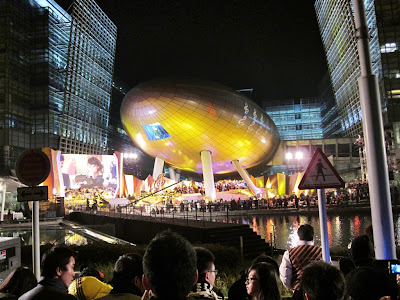 Beautiful scene of the performance stage under Golden Egg 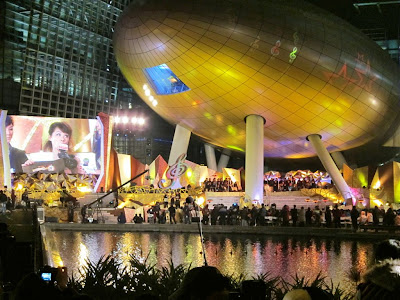 Close view of the stage 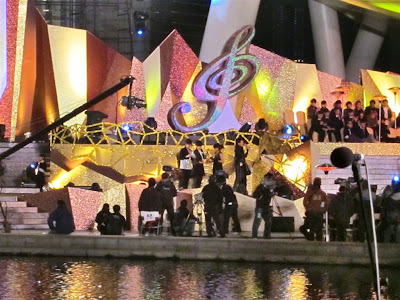 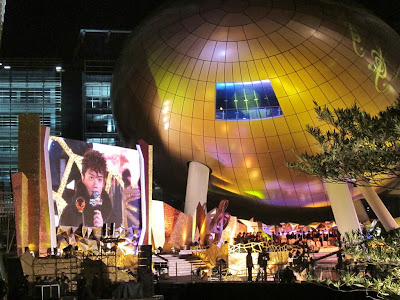 The light effect reflected from the surface of Golden Egg was wonderful. Many fans came for different singers 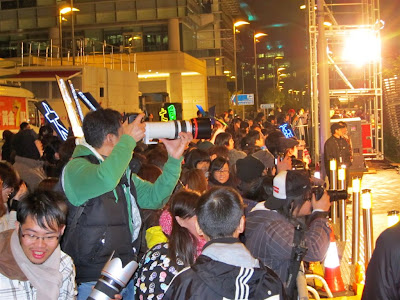 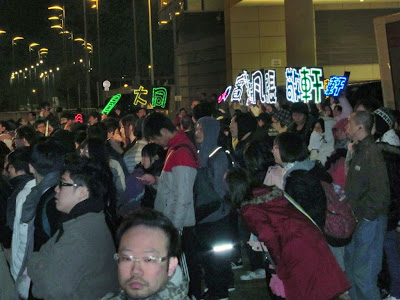 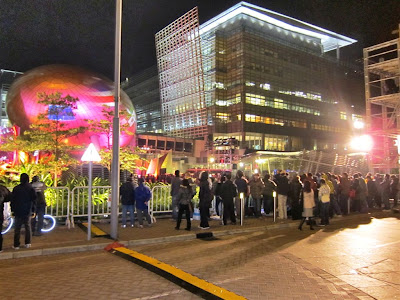 When I left, I saw that the biotech centre was lightening which was behind the Golden Egg. 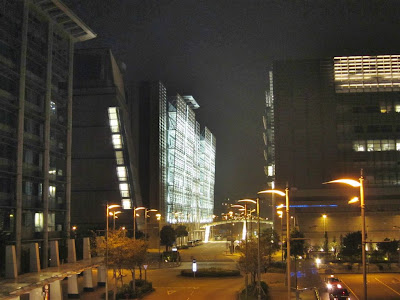