After the conference and academic exchanging and sharing, we went to the city named Enshi (恩施) from 22nd to 24th April 2019. I took a photo in front of Enshi Railway Station. 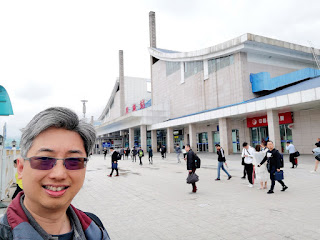 Since we arrived early, we went into the Ramada Hotel which was located near the station. 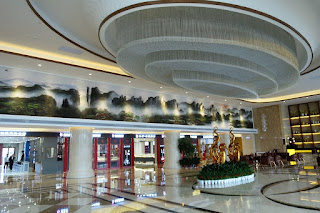 The lobby was very big and the whole Enshi scene was drawn in the picture.

We joined the local tour and the travel bus arrived. 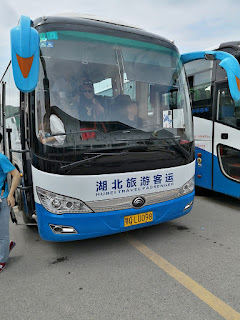 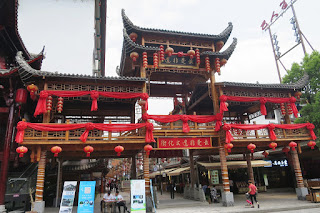 I saw a tree in the middle of the house. 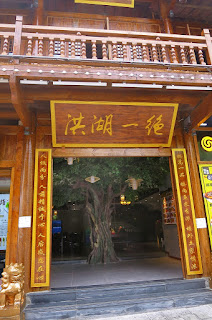 We took a photo in front of the building named Daughter City (女兒城). 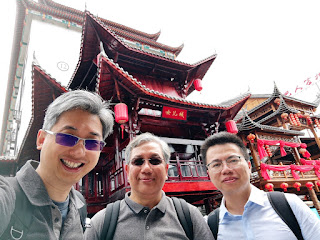 The umbrella upside down in the ceiling was saw and very beautiful. 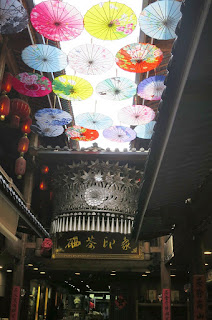 There are many performance in the city but we haven’t enough time to see it. 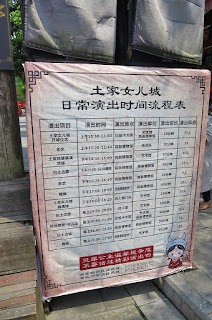 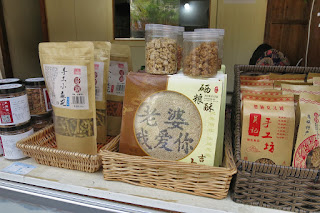 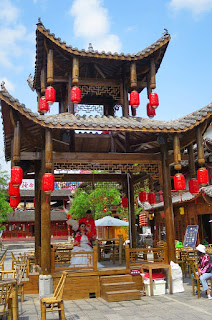 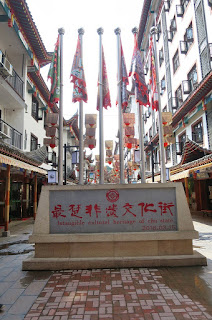 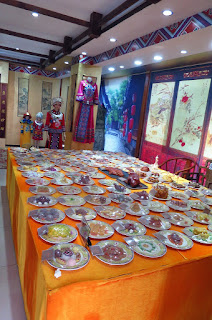 Some visitor tried to be bride.


We tried the local food but most foods were spicy. 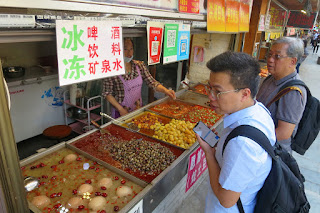 After that we went to the Local King City (土司城). 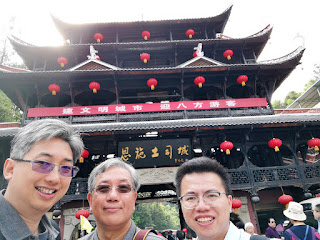 We walked up to the top of the city and saw the whole building.

We took a photo for memory. 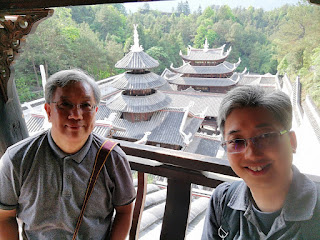 We went to the protection wall. 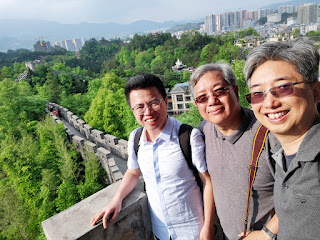 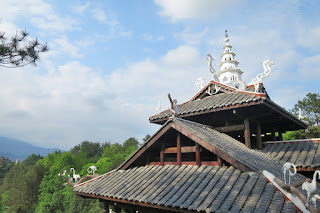 Then we went into the Bell Tower. 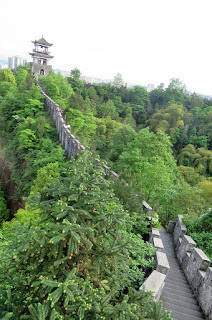 I knock the Bell. 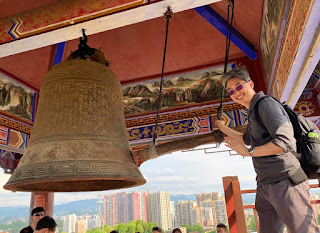 When we went back, we walked another way and through the tilted steps. 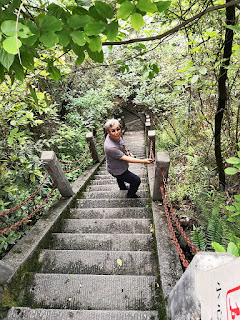 We then saw a lake and suspicion bridge. 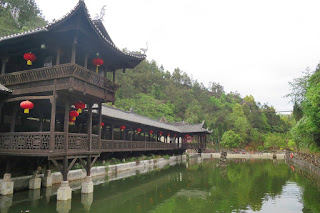 We also took a photo near the river. 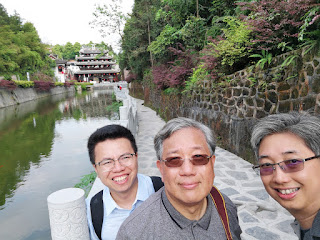 Since the travel agent arranged a bad hotel but received us full payment, Prof. Zhen-Song Chen got back the booking cost and arranged another hotel named “Hualongcheng Hotel” (華龍城大酒店). 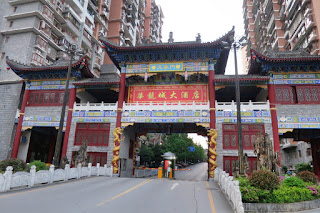 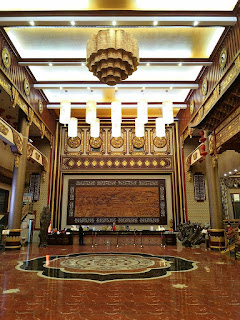 The room is large! 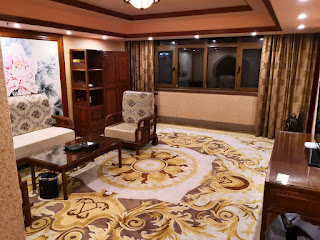 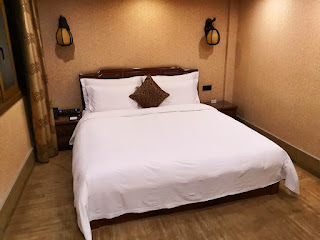 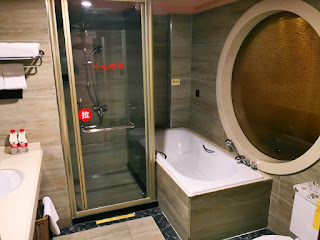