After ANQ Congress 2016 closing ceremony, Gala Dinner was arranged in the FEFU restaurant and started at about 7:00pm on 22 Sep 2016.  We prepared a song for Hong Kong and like to share some photos for memory of this Joyful Time. In the beginning, Dr. Yury Gusakov gave an opening speech of Gala Dinner. 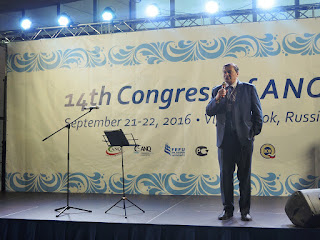 Then a photo of the head table with all guests and ANQ board member representatives was taken.  So many people joined the dinner. 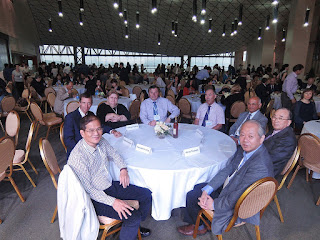 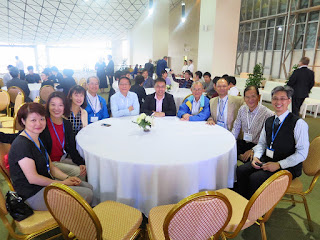 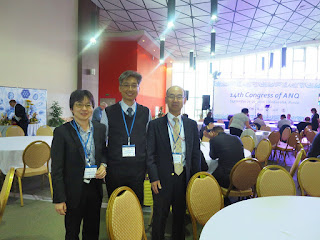 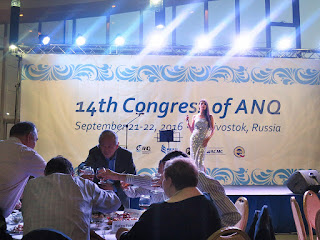 During the dinner, ANQ members had their own performance.
The first team was from China (CAQ) and their song named “The Heart of China” and then CAQ invited all Chinese to sing a song named “Real Hero” by Jacky Chan. 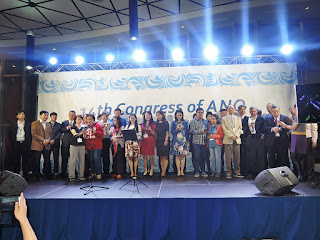 Then CSQ was the second team and they sang a song named “Green Mountain” and invited Kano and SQI to sing together. 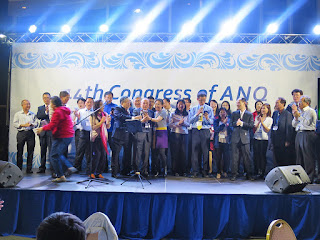 HKSQ was the third team and we sang a Beyond’s song named “AMANI”. I explained the meaning of that song.  “AMANI, NAKUPENDA, NAKUPENDA WE WE, TUNA TAKA WE WE” means “Peace, Love, We Love You, We Need You”.  We hope the peace in the world unless Children was suffered at the end. 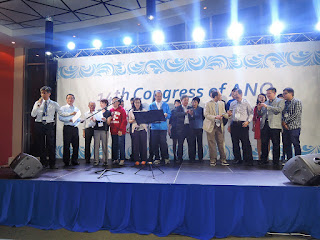 We invited Roland (German), CSQ, CAQ and SQI come to sing together. 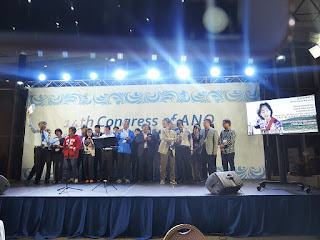 During the break, we toasted with CAQ. 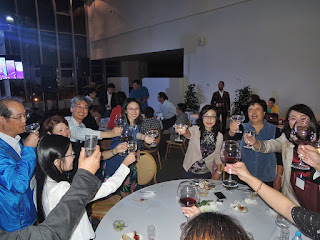 The fourth team was from Korea (KSQM) and they sang a song named “With Love – Sunflower”. 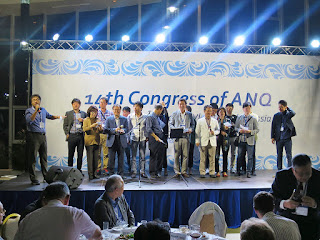 The fifth team was from Vietnam (VQAH) and their member wore traditional dress. 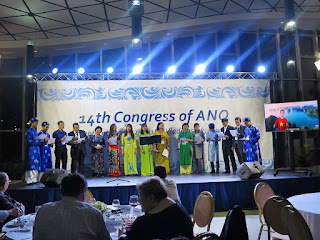 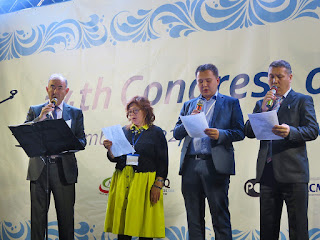 Then the Russian Organization for Quality (ROQ) prepared a song led by two girls who wore traditional dress. 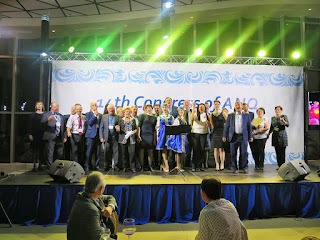 After that the song from Japanese Society for Quality Control (JSQC) and they sang a cartoon song that every Hong Kong people knew.  That is Doraemon (哆啦A夢 / 叮噹). 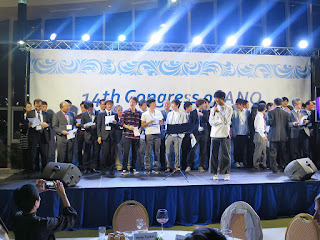 India team (ISQ) sang a song.  It was a popular song in India. 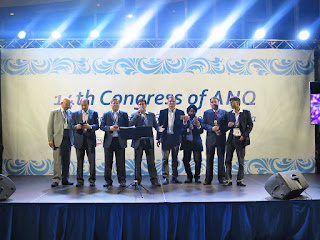 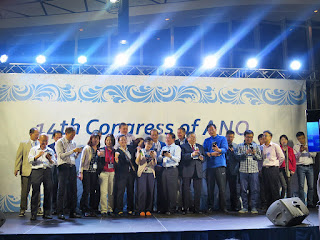 SQAT (The Standards and Quality Association of Thailand, Thailand) invited us to dance. 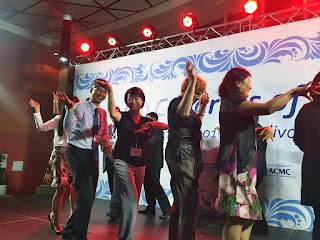 At the end, our chairman Mr. Peter Fung led us to toast to others. 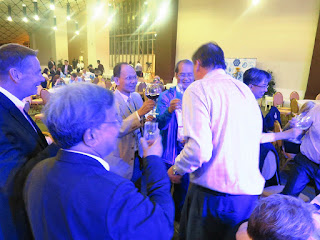 I also toasted to all friends. We had a very happy night in Vladivostok (海參崴) and would perform again at ANQ Congress 2017 in Kathmandu, Nepal. 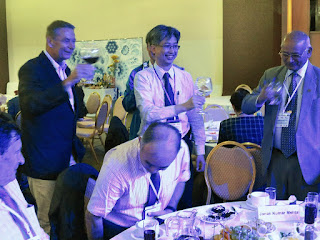