One Belt One Road Strategy Seminar on IRAN (走出邪惡軸心 - 黑紗背後的伊朗) 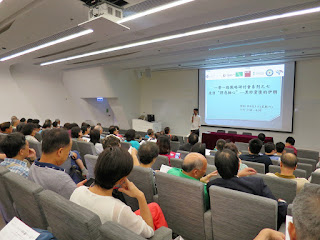 Mr. Chan (陳立基, 凱順能源集團有限公司主席) was the first guest and he gave opening speech.  He said you would change your mind when visited or worked in Iran.  Iran’s Doctor degree coverage was high and most come from USA.  In Iran, 70% studied technology, mathematics and computer science were female.  Their technology development was strong.  He also said Iran was the entire of One Belt One Road (一帶一路的切入點). 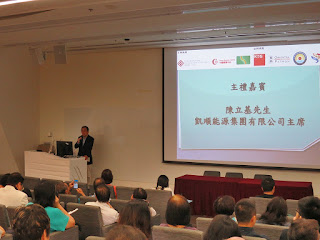 The first speaker was Ms. Cheung (張倩儀) and her topic named “Discuss Iran’s Cultural Confidence through Two Ancient Books”(從兩本古書淺談伊朗的文化自信).  Iran had two fundamental elements in their culture that one was two river region and the other was Zoroastrianism. 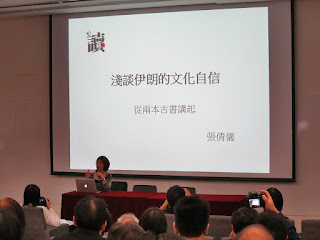 Firstly, she briefed the role of Iran in Silk Road.  Then she introduced the religion of Iran which could trace to Persia (波斯).  During ancient Iran, they believed Zoroastrianism (瑣羅亞斯德教/祆教/拜火教).  Iran believed the most important was Integrity which was belong to Good God and the lying was belong to Bad God. 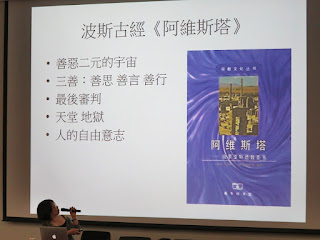 There had two kingdom named Achaemenids (BC 330) (=中國的戰國時代) they attacked Greece and Sassanid (224-651) (=唐朝) they attacked Rome.  However, the language of Persia was found powerful in business at that time.  Finally, she concluded that Iran was a nation with great thinking  (一個有思想的民族). 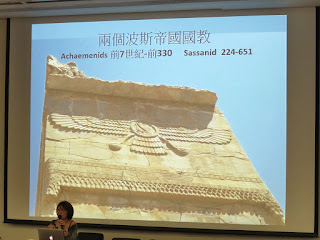 The second speaker was Ms. Cheung (張翠容) and her topic was “Walk through a Turbulent Iran” (走過動蕩的伊朗).  She briefed some history and political events of Iran such as renamed to be “Iran” in 1935. Revolution had happened in 1921 and 1979.  After 1979, Iran was Theocracy (神權國家) because of Islam Revolution.  In 2013, people elected an open-minded leader in Conservatism rather than Radicals. They don’t believed West revolution in other countries’ Color Revolution (顏色革命). 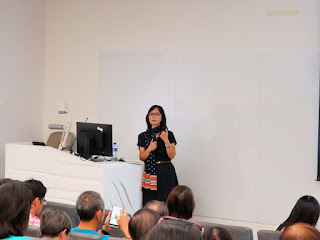 Then she shared some photos about Iran’s lady.  It was different what we think as Islam country.  They like many different color. 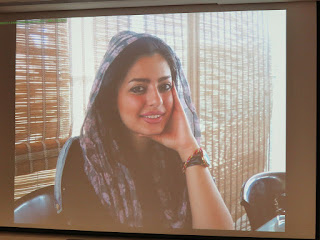 Many club / bar for culture people gathering and exchanging ideas. 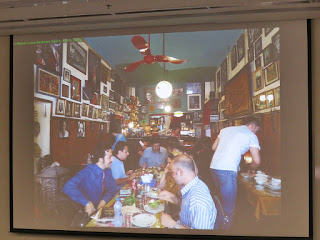 The man was the open-minded leader in Conservatism. 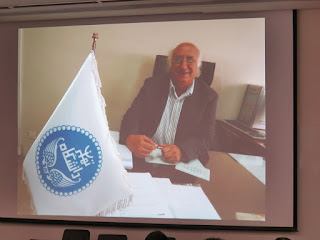 The last speaker was Dr. Thomas Chan (陳文鴻) and his topic entitled “A geo-strategic role in Iran through One Belt One Road Strategic point of view” (從一帶一路戰略看伊朗的地緣戰略角色). 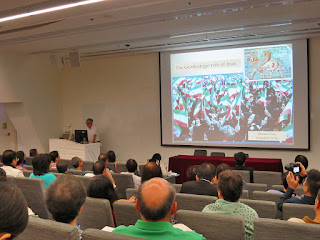 Firstly, he introduced the background of the Silk Road and the empire of Sasanian (224-651) and Parthian (247BC – 224AD).  Then he briefed the Great Game of the late 18th and early 19th Century which was between Britain and Russia over the control of Asia that centered on imperial defense, foreign & colonial policy. 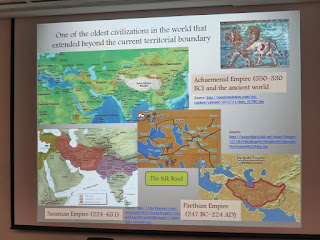 Then he mentioned the politics in Persia/Iran in the 20th Century.  In 1979, the religious revolution that overwhelming support in a national referendum, Khomeini declared Iran an Islamic republic.  However, oil had actually ruled the politics of Iran in addition to its geostrategic importance which had also shifted towards the political economy of oil on a global scale.  Since Iran against USA after religious revolution, it destroyed USA military arrangement.  That’s why USA call Iran as the Evil Nation. 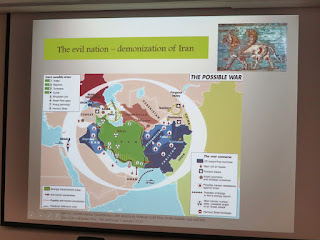 Dr. Chan said Iran was not just a nation, but a culture and civilization that could be the basis for greater regional integration beyond religious sects and the nation-state concept.  Moreover, Iran had the world’s 2nd largest gas reserve after Russia that energy sector as the foundation of its coming economic miracle.  Moreover, Silk Road Railway planned from Urumqi, China through Tashkent & Samrkand, Uzbekistan to Ashgabat, Turkmenistan and then reached Tehran, Iran. 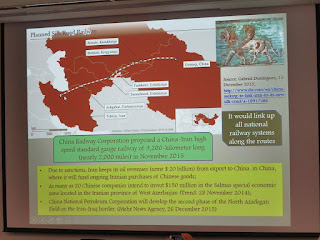 
One question asked by Minda that any consequence for USA visa if visited Iran.  Mr. Chan said it had trouble for business and your application would be held for longer time.  Some participants added that you had better got the USA visa first before visited Iran.  Mr. Chan said visitor for tourism was better but conference that related business would be monitored by USA seriously.  He advised that using China’s bank for Iran’s business. 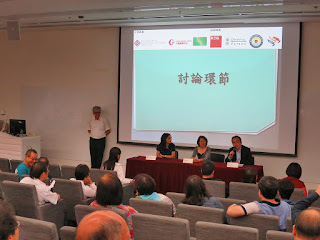