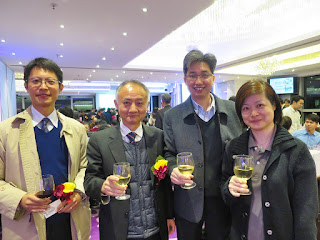 In the beginning, Ir. Victor Ng (Chairman of HKETA) gave a welcome speech. 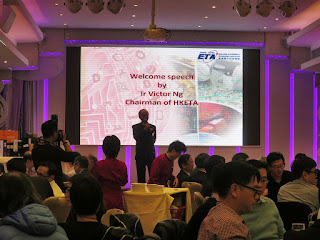 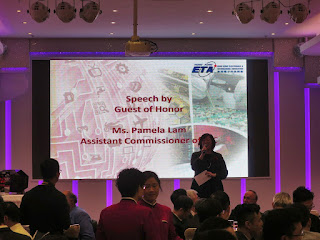 Then all HKETA committee members and VIPs toasted to all guests. 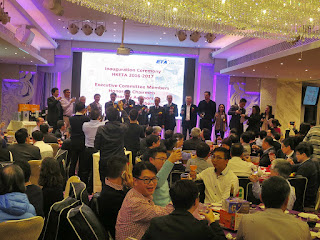 Mr. Kenneth So (Honorary Adviser of HKETA) gave a talk entitled "Mencius Revisited – On Corporate Governance" (孟子重探 – 論企業管治之道). Firstly, he quoted Peter Drucker statement that “… top management is a function and a responsibility rather than a rank or a business is to create a customer.” and also quoted Milton Fredman that “The social responsibility of business is to increase its profits.” 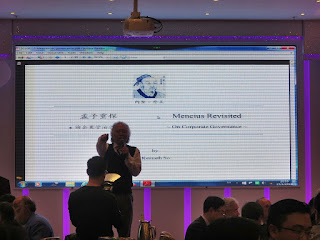 Then Mr. So discussed Jeremy Bentham’s Utilitarianism that “The greatest happiness for the greatest number of people” and used Immanuel Kant thinking “Act only on that maxim whereby you can at the same time will that it should become a universal law” to explain the important of ethic in business.
The following companies were bankrupted because of ethical problems.
i) Barings Bank (1762-1995)
ii) Enron Corporation (1932 – 2002)
iii) WorldCom (1983 – 2008)
iv) Lehman Brothers (1850 – 2008) 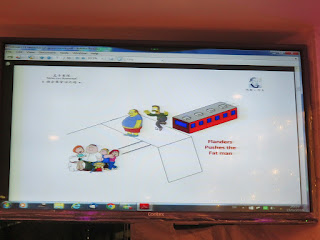 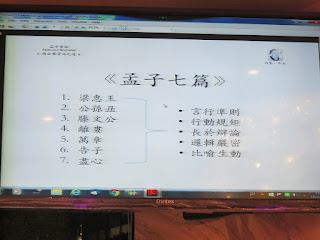 Mr. So explained the way of Corporate Governance in four dimensions including Vision, Mission, Performance and Entrepreneur Paradigm. The Chinese explanations were summarized as following diagrams. 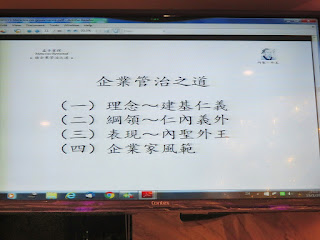 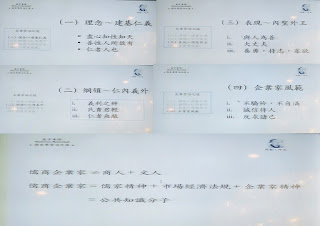 Finally, Mr. So concluded that Confucianism Entrepreneur was not Businessman plus Scholar. They should have Confucianism plus Marketing Economic regulation and Entrepreneur Spirit, indicating that they would be Public Intellectuals.

Mr. Ricardo Lee was the second speaker who discussed and explained the Copyright (Amendment) Bill 2014 with us. 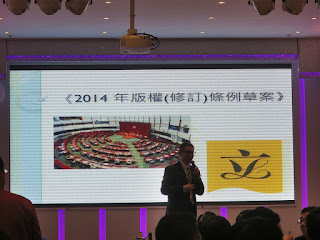 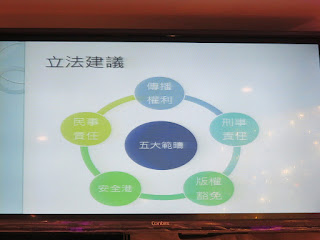 Then he showed some issues which public were concerned. 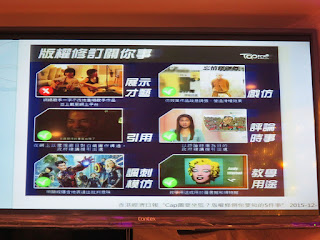 Mr. Lee discussed the need of update the Copyright (Amendment) Bill compared with other countries such as EU, Austria, UK, Singapore, New Zealand and Canada, etc. Especially, USA could consider to add HK to be observation list. 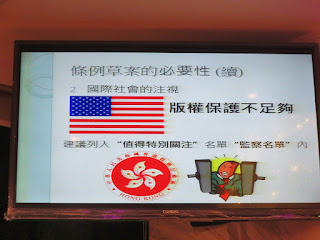 Finally, Mr. Lee explained the different of Fair Dealing, Fair Use and User Generated Content (UGC) to us. Lastly, he said it was a time to make decision how to balance the freedom of speech and copyright. 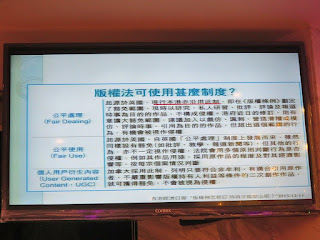 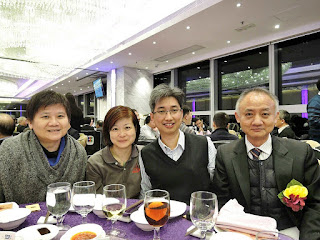