The HKSQ Quality of Life (QoL) Series named "Lei Yue Mun Village Heritage Walking Tour" organized by Hong Kong Society for Quality (HKSQ) on 9th Jan 2016. Lei Yue Mun Village at Yau Tong has always been known as a fishing village. This village has a history that started 400 hundred years ago. The tour would bring us back to locations where the Village was founded, and understood the history behind them. The walk aimed that members could forget their routine work and spent half a day to take a relaxed walk to learn / understand more about the history of Lei Yue Mun Village. We took a group photo in Yau Tong MTR Station before start the tour. 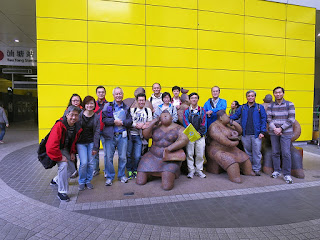 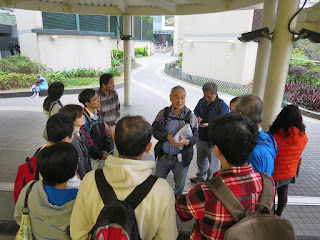 The walking path was explained as the following map. 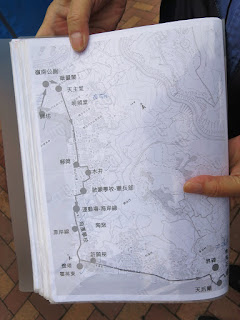 Then we took some photos for memory.
Lei Yue Mun Seafood District 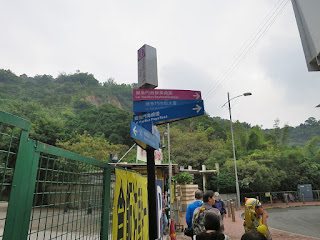 CP explained the history about Ling Nam Sun Tsuen. We located at the public toilet. 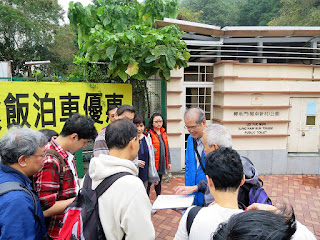 Then we saw a temple named 華嚴閣. 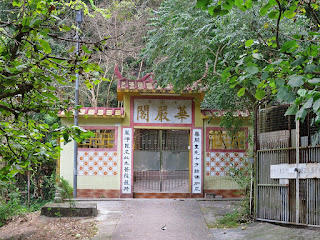 Church was found and it was a primary school in the past. 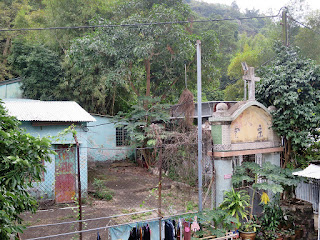 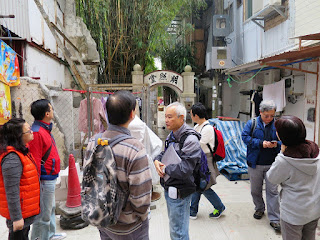 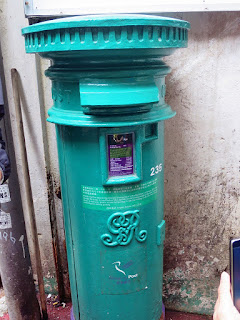 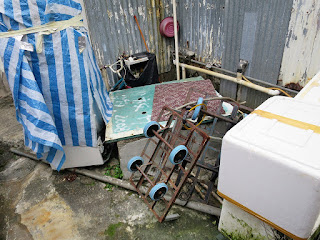 Then we passed the restaurant which we had dinner for Post-ANQ Congress Networking and Ceremony on 4th Aug 2012. 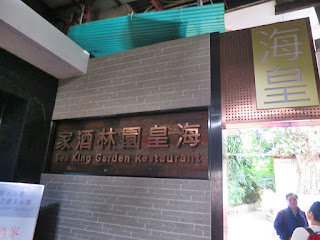 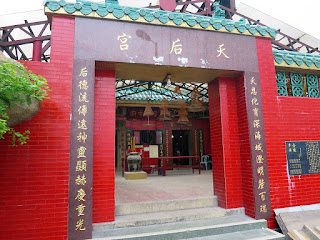 And saw many Stone Words. 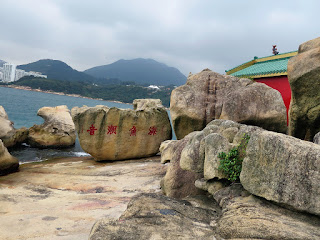 We saw a large Cruises led by Pilot. CP said the Pilot had flag with white and red in color. 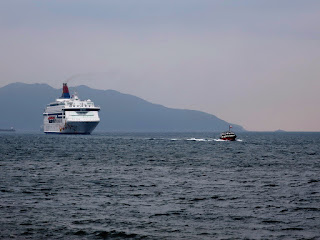 We needed to pass a narrow path to go to the other side. Peter was enough slim to pass it. 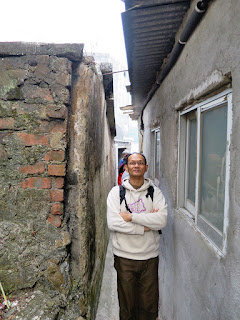 CP explained the rock milling history to us. 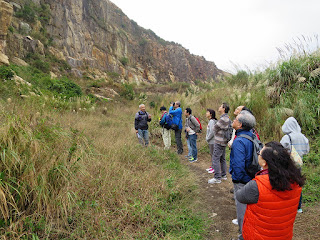 We went to the shore. 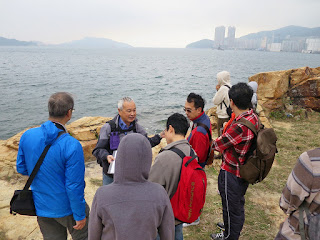 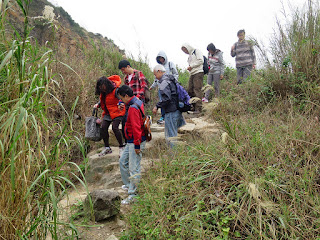 We went to the edge rock. 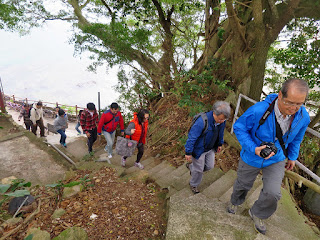 The rock numbered D23 and with different stories but no one knew the actual meaning. 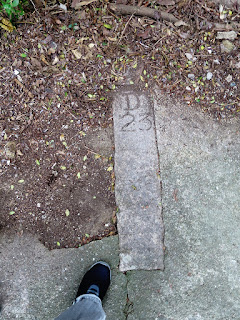 Minda and I took a photo in front of the lighthouse.
The lighthouse was the last location of this walk in which many people shopped goods and product to China during Korea War in the past.
(韓戰爆發，港英殖民地政府加入對中國大陸實施禁運的行列，銅鐵、藥物、紡織品等物資一律嚴禁運往內地，中港之間正常貿易幾近停頓，卻造就了擁有船隊的霍英東(Mr. Henry Fok)、曹文錦等港商，經營偷運物資生意致富。(http://hk.apple.nextmedia.com/news/art/20090921/13230956 )) 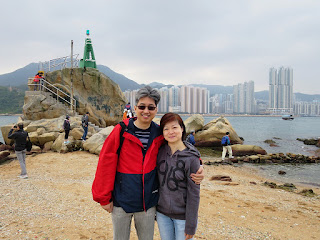 CP hoped that HKSQ members could learn / understand more about unique and valuable heritage in different part of Hong Kong.