The visit named "Tour to Heritage Sites of Central District" organized by Hong Kong Society for Quality (HKSQ) on 14th Sep 2013. The Central District has been developed as the core of Victoria City since the inception of the British rule in the 19th Century (1841). Buildings of the western style then sprung up. There are a total of 42 historical buildings and sites in Central District. Many of these buildings have been demolished and replaced by modern ones. Paying visits to these buildings and sites will help visitors to recall the former glories of past landmarks of the Central District (Victoria City). The visit aimed that members forgot their routine work and spend half a day to take a relaxed walk to understand the history and culture of our City and our community

Before started the tour, Mr. CP Chow (Former Chairman, HKSQ) as our tour guide and explained the travel agenda. 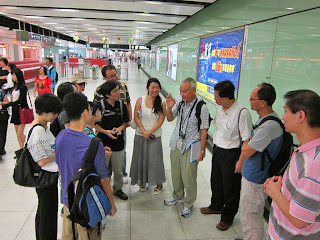 Then we took a group photo. 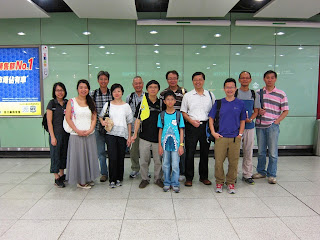 The first location was Statue Square (皇后像廣場) and CP introduced the old post-box (郵筒) with two doors. There were only two of the specific post-box in Hong Kong. 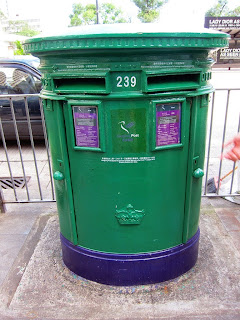 Then we visited Old Supreme Court (former Legislative Council Building) 舊最高法院（前立法會大樓） and its building styles were discussed. The title “ERECTED AD MDCCCCX” was observed and the last number means 1910 (where M=1000, D=500, C=100 and X=10). We suspected why don’t use MCMX. 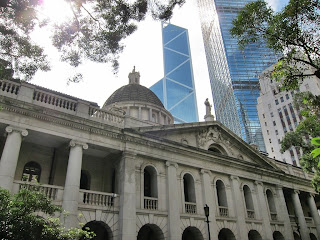 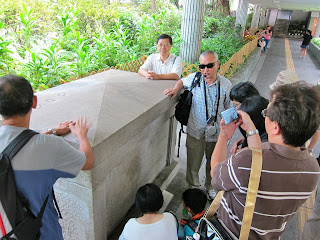 Hongkong and Shanghai Banking Corporation (HSBC) history was briefed where the bronze sculpture of Sir Thomas Jackson Bart who was Chief Manager from 1870 to 1902 were stand in the Square. After that CP explained the bronze lion story and we observed the bullet holes on the lion body during Japan Invasion. The Lion opened its mouth named “Stephen” and the other one closed its mouth named “Stitt”. 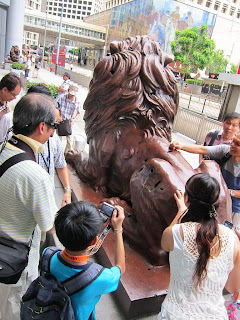 Then we visit the Old Bank of China Building and saw another type of Lions. 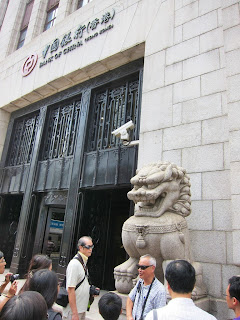 Cute style lions were in another side of the Old Bank of China Building. 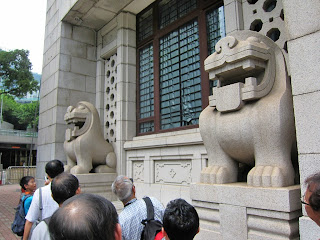 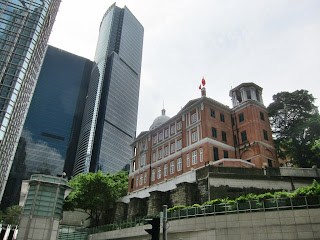 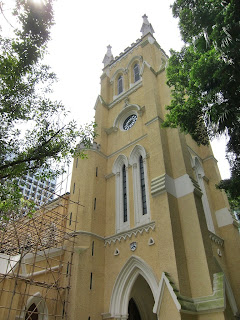 At the end, we visit the Duddell Street Steps and Gas Lamps (using Town Gas) (都爹利街石階及煤氣路燈). Minda and I took a photo in the street steps. 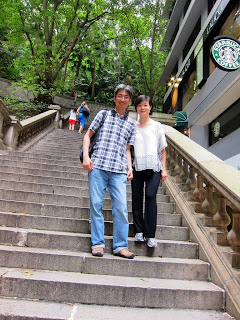 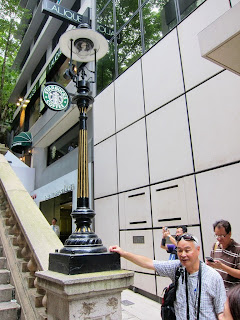 After the tour, we had a lunch together in restaurant.