Dr. CK Law introduced the content of today’s topic “Hong Kong Economic Restructuring and 6 New Industries”. Firstly, he would brief Tung’s and Tsang’s New Initiatives and then discussed the difficulties and challenges. After that he reviewed the policy of innovation and technology in Hong Kong. 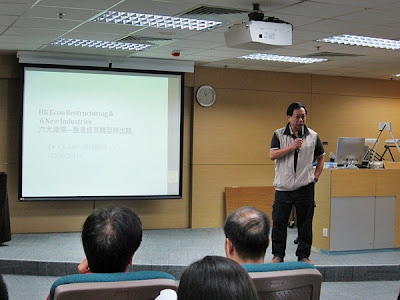 In 1997, Chief Executive Tung Chee-hwa took active steps to initiate new economic activities. Based on the final report of “Commission on Innovation and Technology” which was published in Jun 1999, there were four major recommendations:
i) It needed for stronger institutional arrangements such as university-industry link;
ii) It needed to foster a culture of innovation;
iii) It needed to build human capital by tapping technology talent from Mainland;
iv) It needed to set up innovation and technology funds for research institutes. 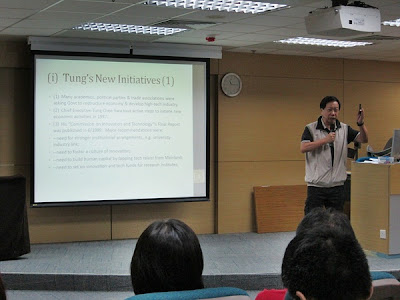 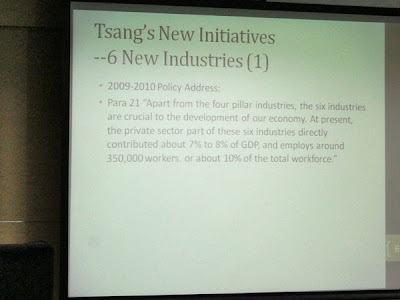 It was only one paragraph in 2009-2010 policy which stated that these six industries directly contributed about 7% to 8% of GDP.

Dr. Law would ask some basic questions about why economic restructuring / new industry as follows:
- Higher economic growth?
- More employment for HK people?
- More tax revenue for government?
- More balanced / stable economy?
- Should these be used as criteria (quantitatively) for evaluating performance of each new initiative?
- What new economic activities can serve all these objectives?

Dr. Law introduced Prof. Michael Porter’s theoretical framework for economic restructuring – “The Competitive Advantage of Nation” in 1990 and “Competing Across Locations: Enhancing Competitive Advantage Through a Global Strategy” in 1999. It needed a successful “industrial cluster” in which had the following characteristics:
- A complete supply chain
- With necessary professional suppliers and services providers;
- With strong trade association, university cooperation … etc.

After that Dr. Law compared the special industrial policy among Singapore, Taiwan, London and South Korea and indicated Hong Kong difficulties. Then he concluded Hong Kong’s financial sector was very open and would be hit by many external factors. The four pillar industries namely, financial services, trading and logistics, tourism, and producer and professional services, were a major driving force and accounted for 60% of GDP. However the 6 new industries were suspected on their contribution of Hong Kong economic terms (GDP, employment, tax revenue) in near future. 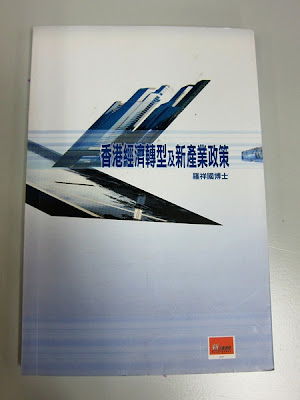