The last lecture of General Education and Public Affairs Certificate Course (通識及公共事務證書課程) was held on 18 December 2010. I would like to summarize it for sharing. 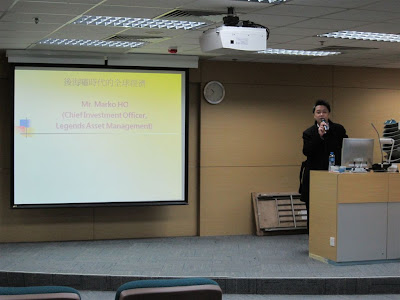 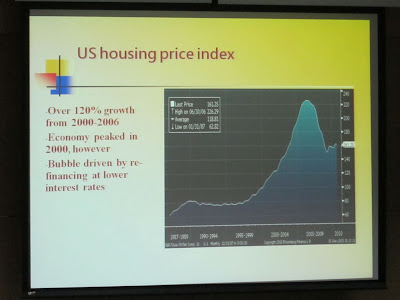 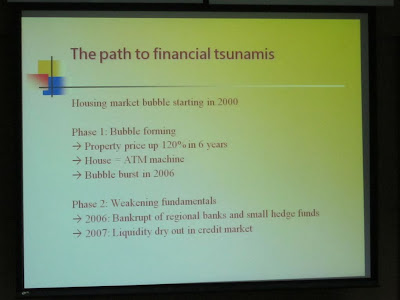 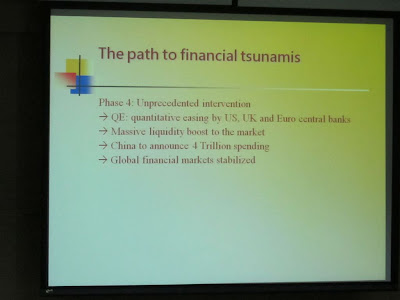 After that Mr. Ho explained how USA to counter financial tsunamis. They used Quantitative Easing (QE) like to flow money on helicopter. In theory, Banks with more money would increase lending and stimulate the economy. The traditional equation is PQ (GDP) = M (Money Supply) x V (Vecosity).
Actually, the money was not invested in USA but went to Asia asset market. 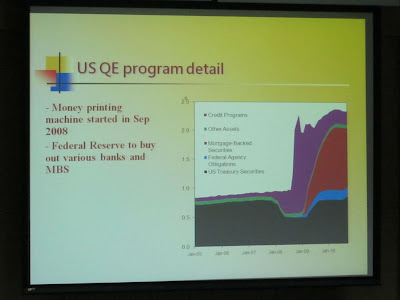 The side-effect of QE was US Dollar to be further depreciated. 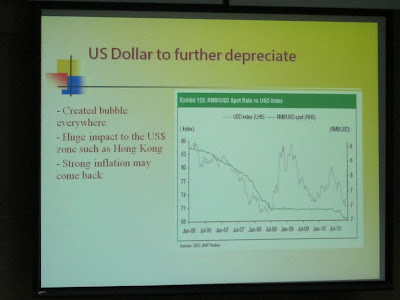 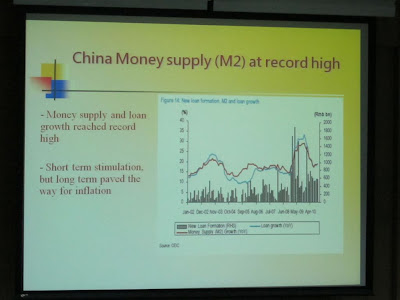 China GDP was able to keep the certain percentage in 2009. It was found that the Gross Capital Formation could cover the loss of Net Export. 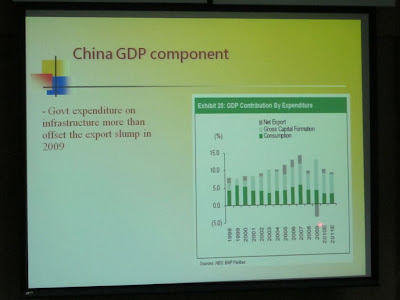 Hong Kong was also affected by the crisis. The continuously decrease the GDP in 3 quarters. Impact mostly in financial industry and the unemployment rate was only 5.43% at the peak in 2009, implying that not much painful out of financial industry. 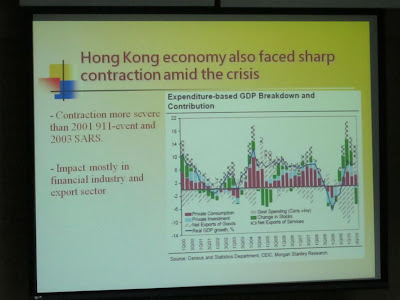 However, property prices soften for a short term during crisis, which reached record high in 2010 and surpassing the level of 1997. The following diagram showed the private housing was under-supply to 2012. 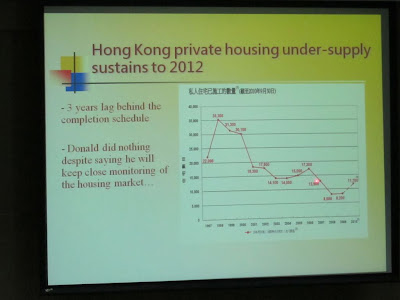 Property value per GDP from now was higher than the level in 1997! 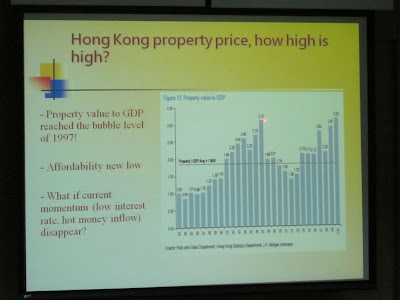 Mr. Ho said Hong Kong government was do nothing for this crisis and QE form USA that resulted housing market bubble in Hong Kong again. 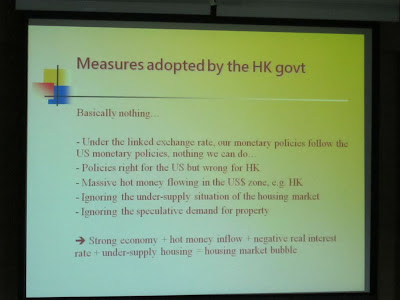