The 6th International Conference on Systematic Innovation (ICSI 2015) was organized by The Society of Systematic Innovation (SSI), Taiwan and co-organized by Institute of Systematic Innovation, Hong Kong (ISIHK), Manufacturing and Industrial Division of the Hong Kong Institution of Engineer (HKIE) and Department of Industrial Engineering and Logistics Management (IELM), HKUST, held from 15-17 July 2015. Before and after conference, there were three tutorials for enhance our understanding on Systematic Innovation. The first tutorial was held on 15 July 2015 Morning and presented by Prof. Toru Nakagawa (Professor Emeritus of Osaka Gakuin University) and his topic named “USIT (Unified Structured Inventive Thinking) in the Six-Box Scheme”. Prof. Nakagawa would like to brief the USIT and shared 5 case studies to us. 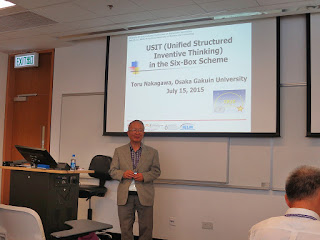 Prof. Nakagawa said USIT was created by Ed Sickafus at Ford from USA in 1995. Since 1999, Prof. Toru Nakagawa introduced USIT into Japan and extended it further as a simplified, unified and new generation of TRIZ. One of famous book by Prof. Nakagawa named “TRIZ Home Page in Japan” was introduced (Toru Nakageawa, 2006). The following diagram showed the history of USIT development in Japan. 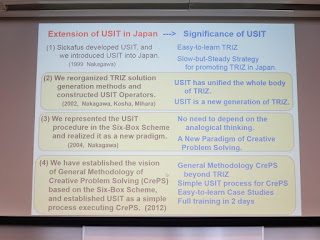 The overall view of the USIT Process named was described and it was obviously to modify conventional TRIZ Four-Box Scheme. However, Six-Box Scheme provided more guide to lead ideas generation for a new system and solution. 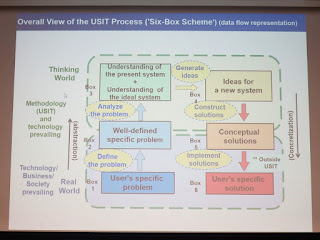 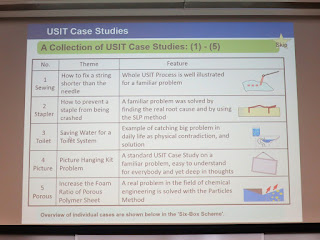 Prof. Nakagawa then introduced the basic concepts in USIT (by Ed Sickafus) below.
- Object: A component of the system, and an entity existing by itself and occupy a space
- Attribute: Category of characteristics of Object (Note: not a value)
- Function: Action between Objects, which changes or controls an attribute or the target object.
The summary of case 1 about fixing a string shorter than the needle was shown below.
Usually, we fixed the string by make two loops (Kuru-Kuru) of the strings around the needle and passed the needle forwards (Suu), to pass the string through the loops (In Japanese – Kuru-Kuru-Suu). Through USIT process, different ideas were generated and summarized in the diagram of Six-Box Scheme below. 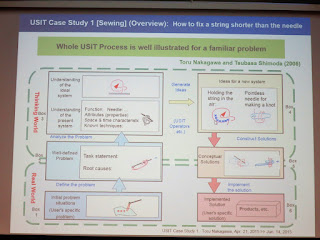 The second case was summarized below. It was found interest to prevent a staple from being crashed. Through USIT process, “Small Little People” (stated in MATRIZ Level 3 course) was employed in the Box 4 to generate ideas for a new system. 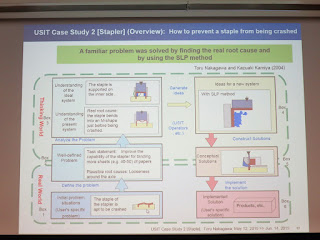 After review five cases, Prof. Nakagawa concluded “USIT - Six-Box Scheme” was a new paradigm of creative problem solving. It solved a fundamental problem in TRIZ that was the lack of clear overall structure. At the end, he introduced his two days USIT Training Seminar structure to us. 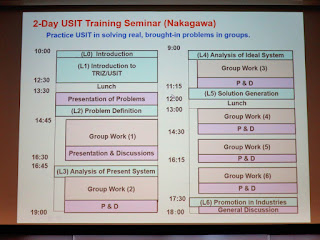 Then I took a photo with Prof. Toru Nakagawa in the hall. 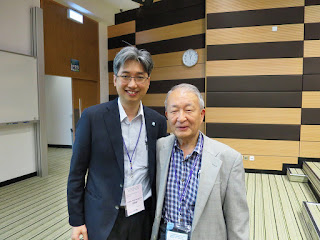 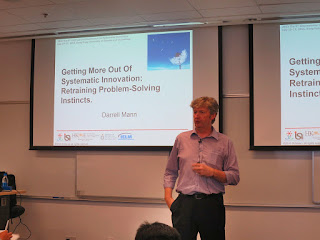 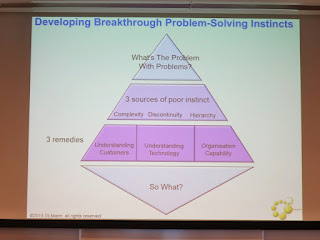 Then Mr. Mann quoted Different Levels of Innovation from the book named “The Future of Management”. He said most of companies for new product were belong to Technology / Officering Innovation (Level 2) and Apple was in Level 3 under Strategy / Management Innovation. For the highest level, Leadership Innovation should be change organization structure. 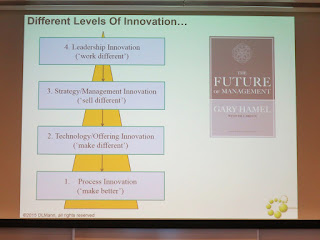 Mr. Mann stated 3 sources of poor instinct included “Complexity”, “Discontinuity” and “Hierarchy”. He said equipment was complicated (like engine) but living organism (like human being) was complex. Complicate problem could be solved but Complex one might not have solution. 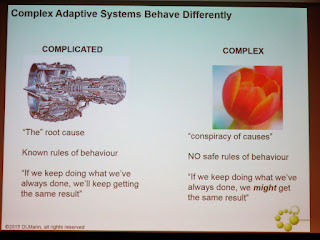 After that Darrell Mann asked why most systematic innovation attempted fail and he performed group discussion. He summarized our ideas and connected those result under their cause-and-effect so as to find the root causes. Darrell Mann also used the Cynefin framework (Complex / Complicated / Obvious / Chaotic) to explain the complex social environments. 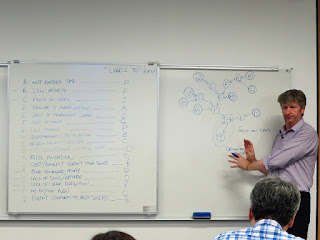 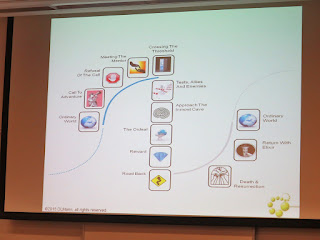 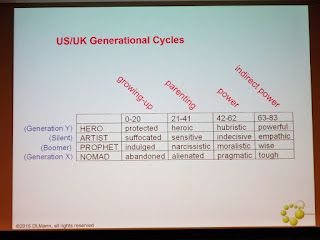 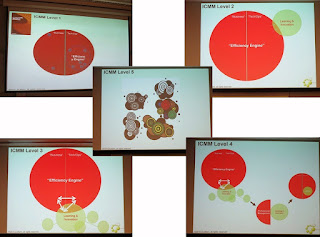 At the end, Darrell Mann concluded that Innovation is:
i) Workout where you’re going (PERFECT)
ii) Find the barriers (CONTRADICTION)
iii) Eliminate them (TRENDS) 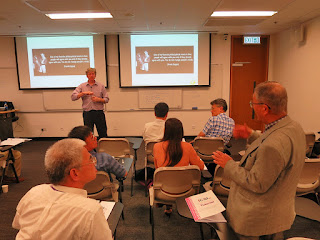 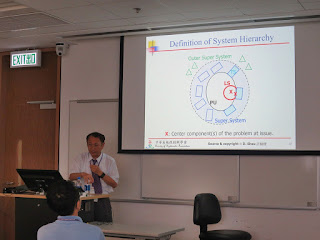 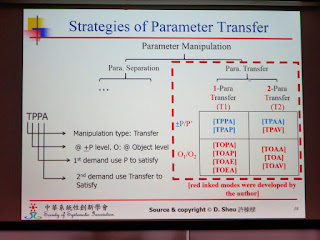 Problem solving process included:
- Identifying physical contradictions
- Identifying related components
- Deploying parameters
- Manipulating parameters
- Integrating solutions
(Remark: It is pity that I was not available to attend Prof. Sheu’s tutorial. I took some photos of his presentation in parallel section and shared in here.)