My wife and I were honor to be invited to attend Warwick alumni event in Hong Kong by Mr. Thomas Ma (HKQAA) on 26 May 2014. The lecture named “The Cancer Revolution: from Stem Cells to Personalized Medicine”. The guest speaker was Professor Lawrence Young. Prof. Young is Pro-Vice-Chancellor at the University of Warwick, and is internationally recognised for his work on the role of virus infection in the development of various tumours. Lawrence is listed amongst the World’s most cited scientists in the Institute for Scientific Information’s list of Highly Cited Researchers, and has an interest in the communication of science, particularly cancer research. 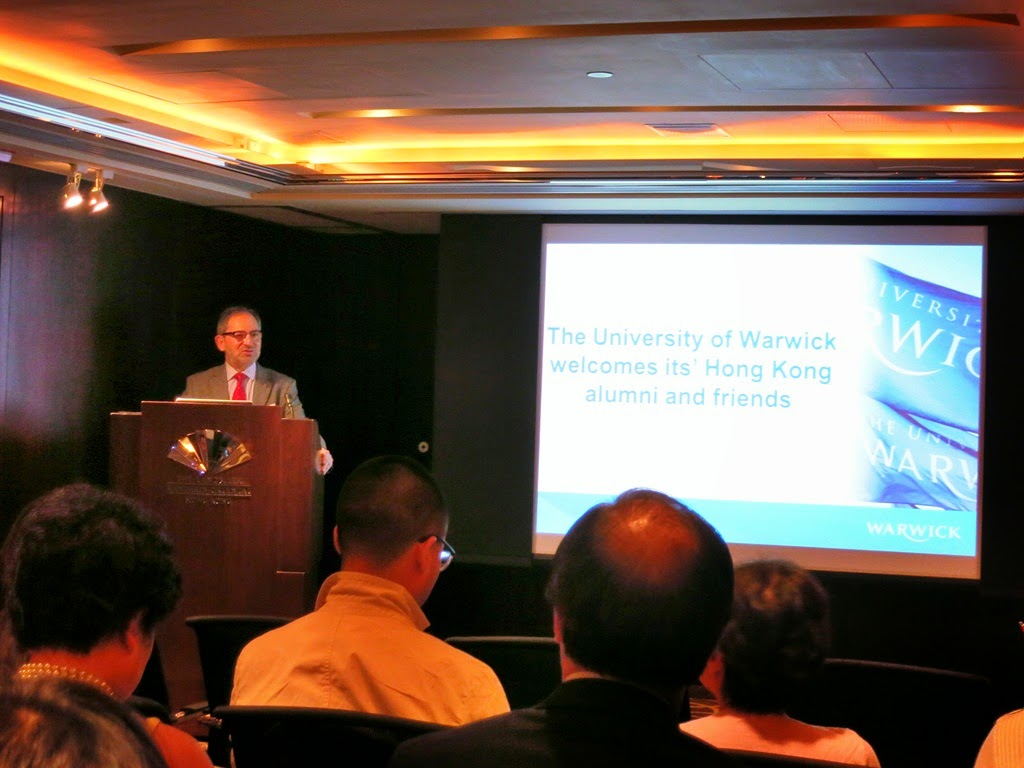 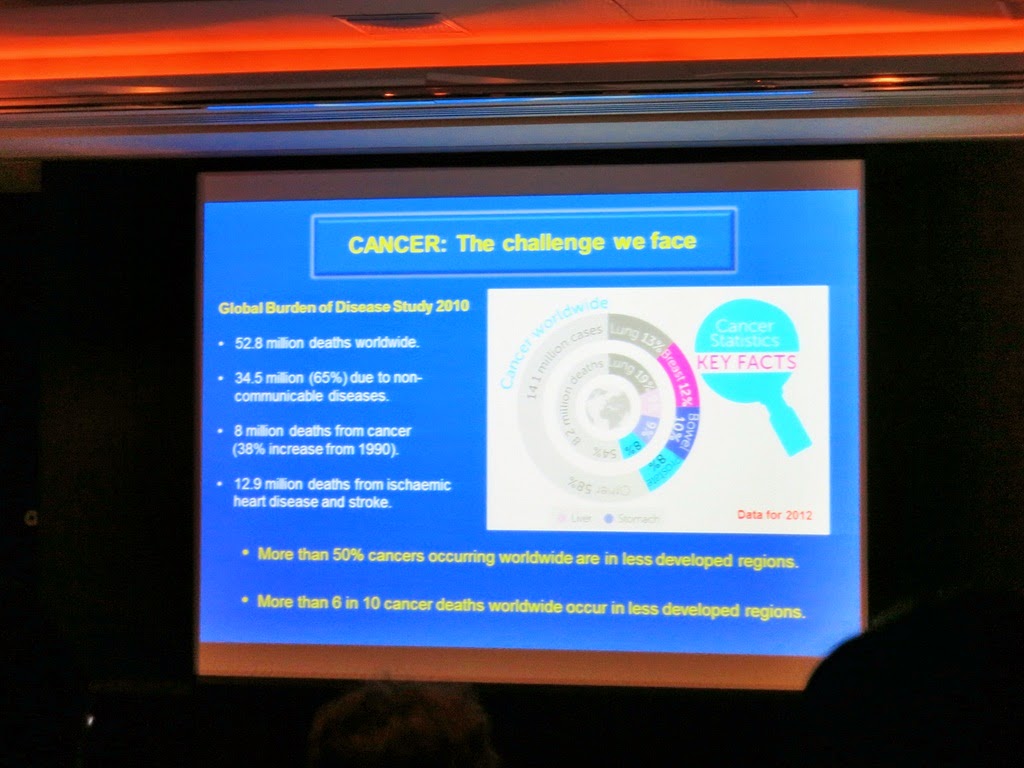 The following diagram briefed “What is Cancer?” That is a disease of uncontrolled growth and inappropriate survival. Cancer from normal cell transferred to Tumour cell through the accumulation of multiple mutations included Genetics, Virus, Diet & Chemicals. 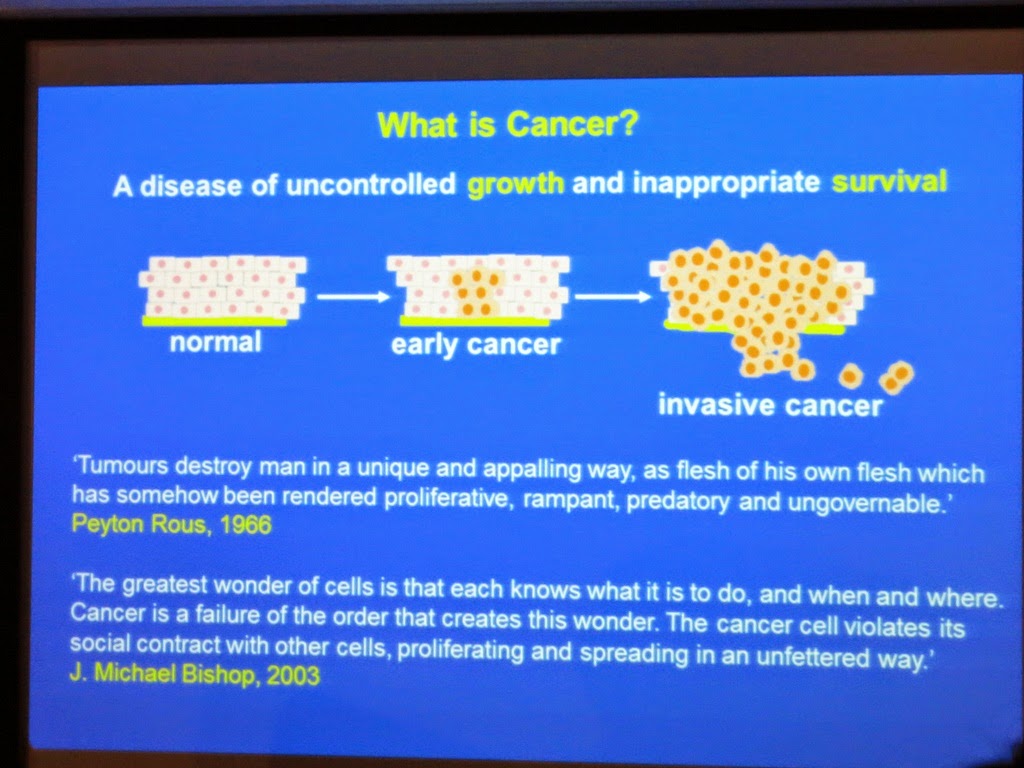 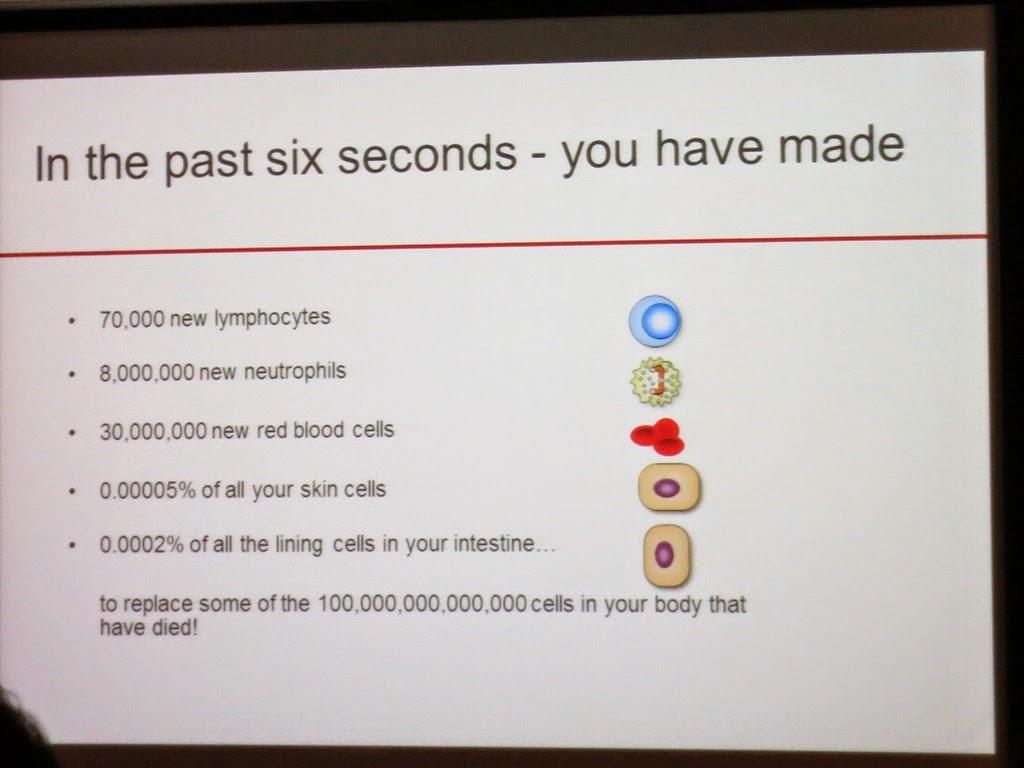 Then Prof. Young demonstrated the cancer cell growth through video. 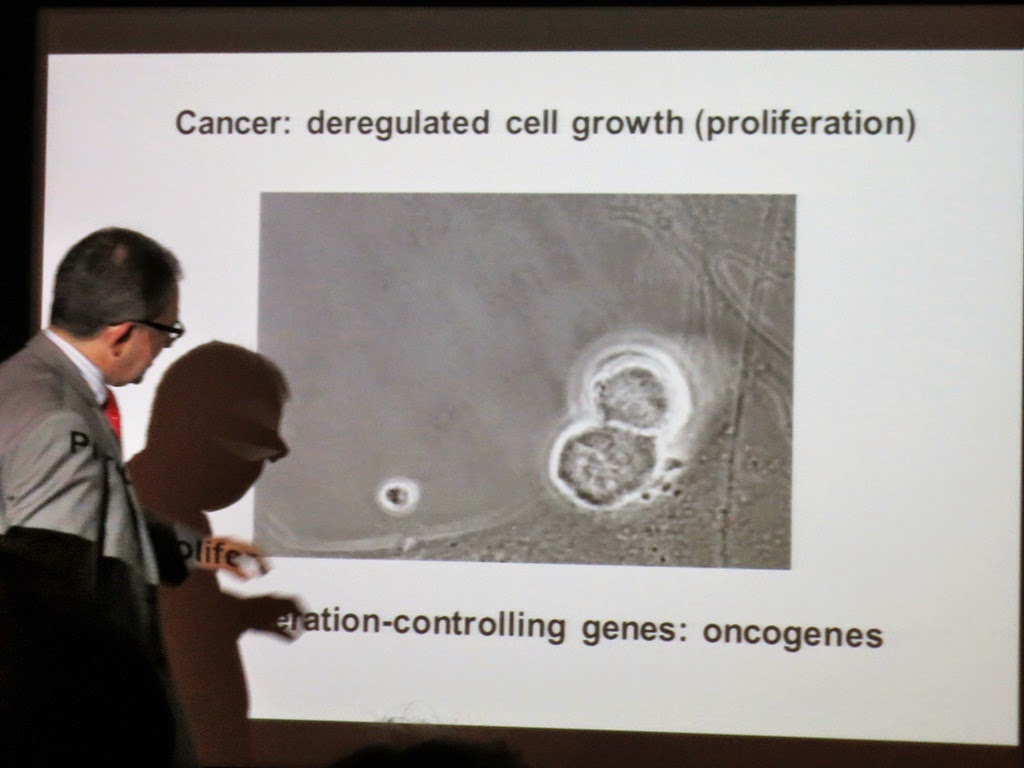 Different regions had different dominated cancer. The characteristic of virus-associated human cancers were discussed.
1. Long latency period between primary infection and tumour development (5 to 50 years).
2. Only small percentage of virus-infected individuals develops the tumour.
3. Complex multi-step pathogenesis.
4. Virus infection is on link in a chain. 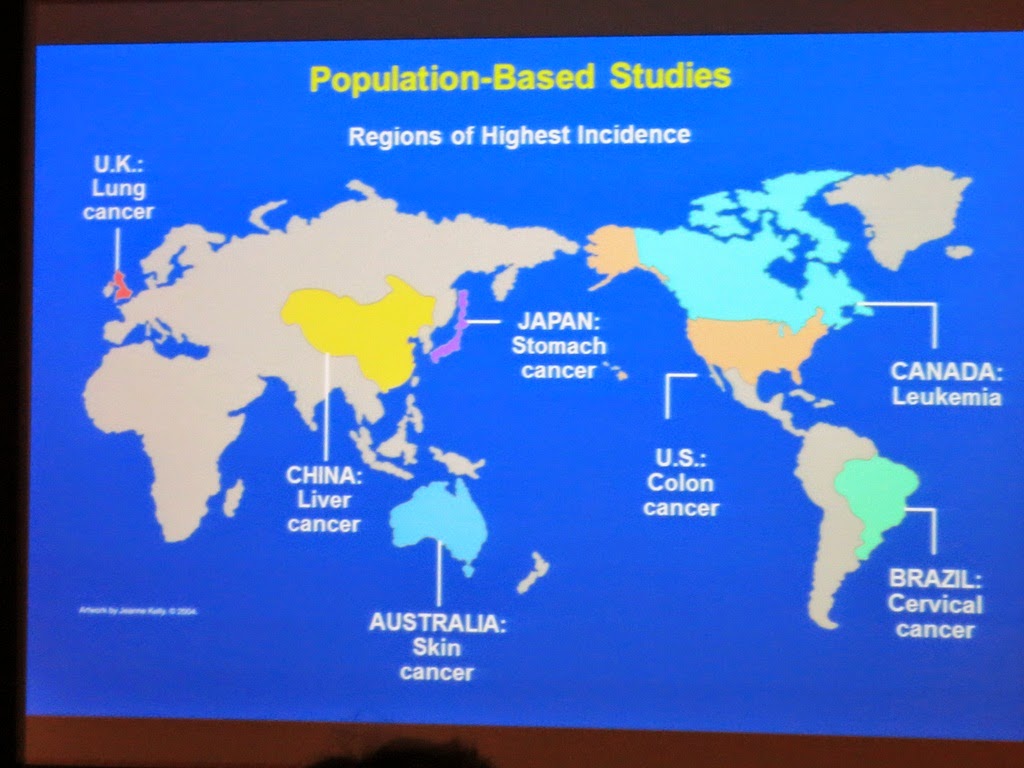 The following showed that it must be treated the cancer stem cell otherwise tumor would relapse. 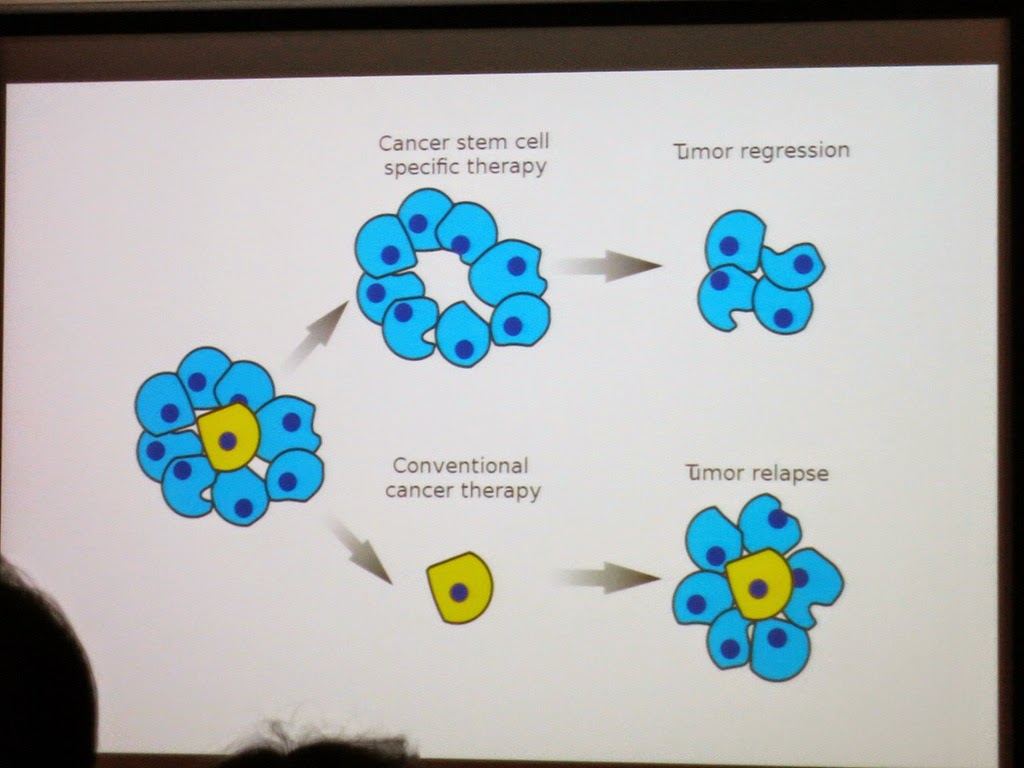 Epstein-Barr Virus - Cytotoxic T Lymphocyte (EBV-CTL) for clinical trials were discussed in which vaccine could be developed from people blood individually. It could develop the stratified (personalized) medicine. 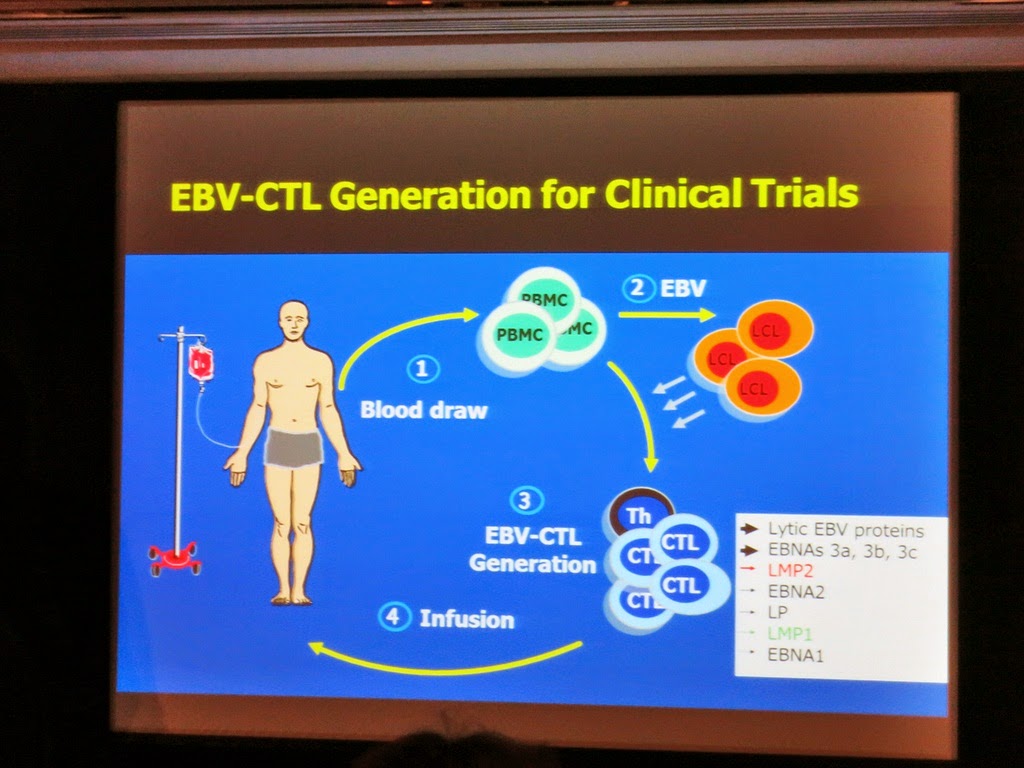