The Hong Kong Student Science Project Competition (HKSSPC) was jointly organized by The Hong Kong Federation of Youth Group, the Education Bureau and the Hong Kong Science Museum, under the major sponsorship of the Innovation and Technology Commission. The event was held at the Hong Kong Science and Technology Parks on 10 May 2014. The theme 2014 is "From Theory to Practice‧Develop Science Potential". It aims to encourage students to apply their science knowledge and creativity to build up teamwork skills through the research process for this exhibition. 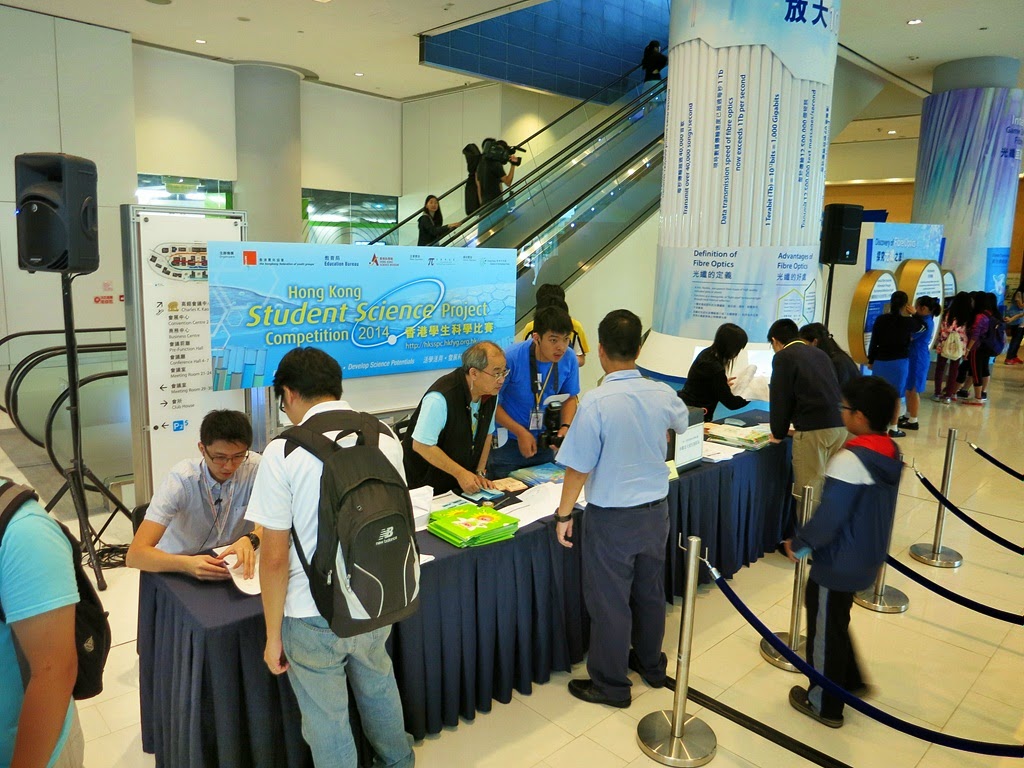 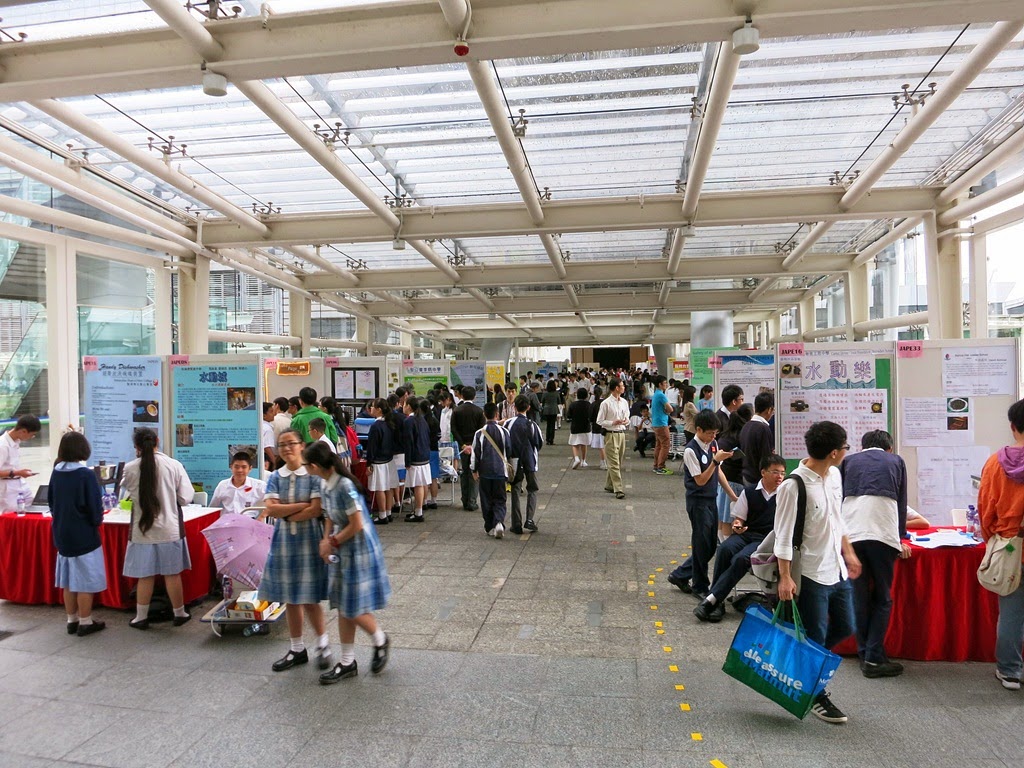 My niece (Left in photo) was one of participants (Leung Shek Chee College) and their project entitled “The Disappearance of Vitamin C”. The project aims to observe if the amount of Vitamin C in Orange Junice would decrease against time. They found that a significant drop (upto about 30%) of Vitamin C after 3 days exposure in Air. 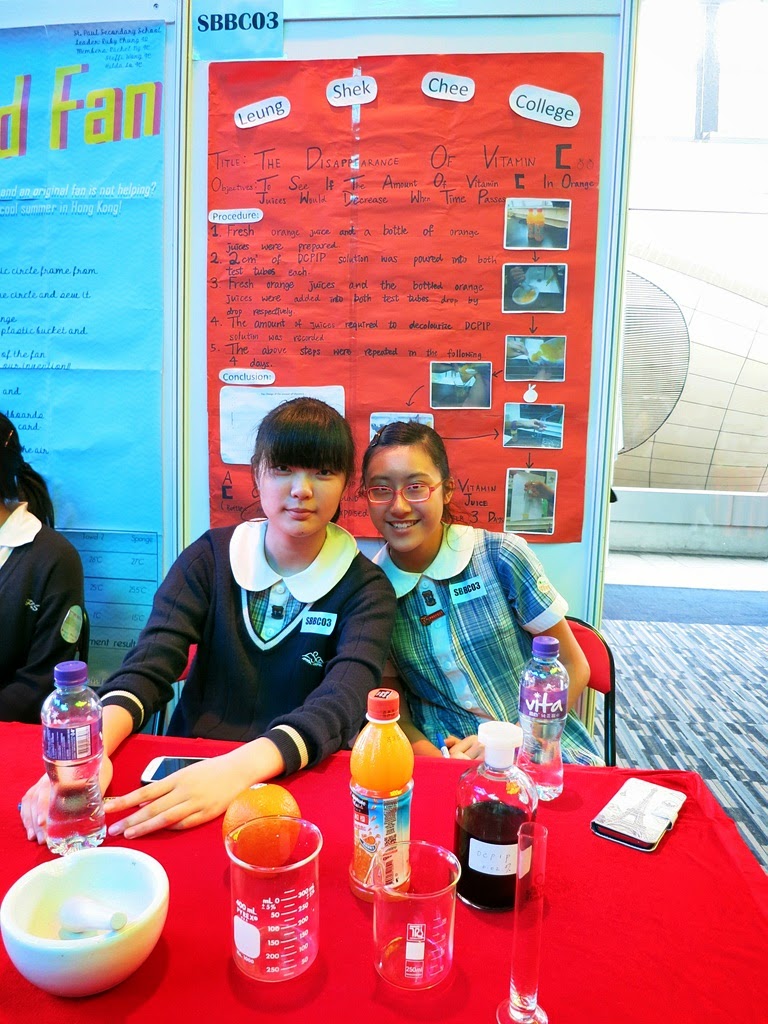 Then we took a family photo for memory. 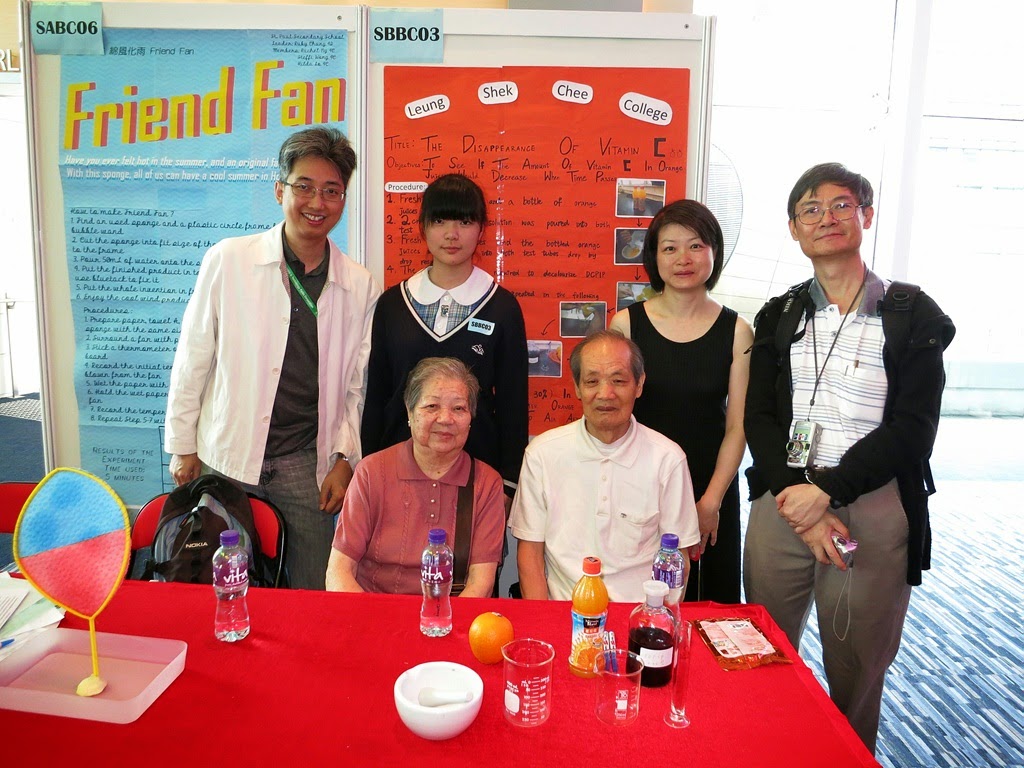 One of topics is about disinfection efficiency of different agents included alcohol, Bleach and Dettol. 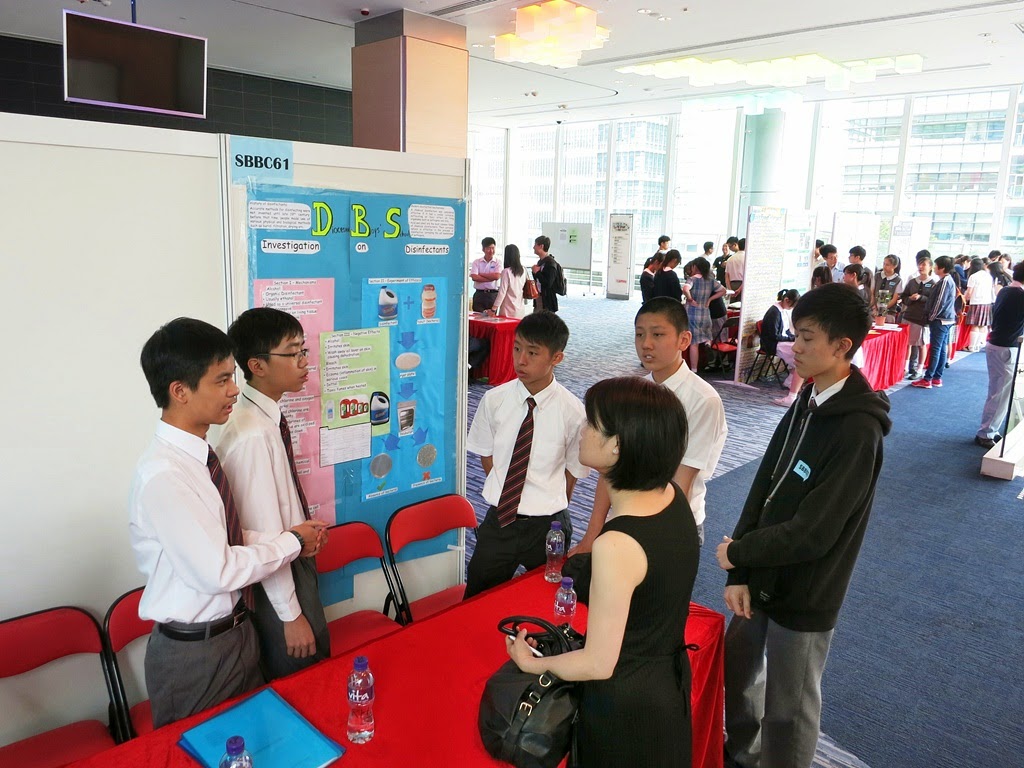 Minda’s cousin school also joined the competition and one of teams project was to study the soil composition in Hong Kong. 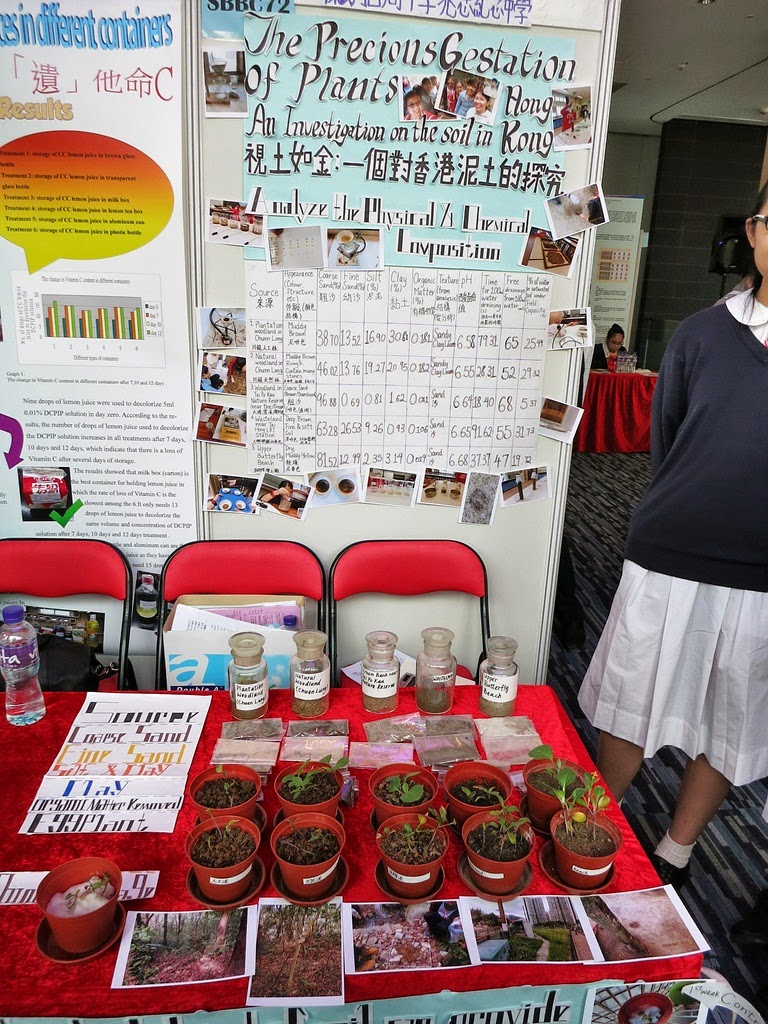