Seminar Celebrating the WMD, the WAD and the WSD 2014

The Hong Kong Council for Testing and Certification (HKCTC), the Standards and Calibration Laboratory of the Innovation and Technology Commission (SCL), Government Laboratory (GL), Hong Kong Accreditation Service (HKAS) and Product Standards Information Bureau (PSIB) jointly organized the 2014 Seminar for celebrating the World Metrology Day (WMD), the World Accreditation Day (WAD) and the World Standards Day (WSD) on 30 May 2014. Hong Kong Society for Quality (HKSQ) was one of supporting organizations. This seminar aimed to enhance the understanding of the three pillars of a quality infrastructure included metrology, accreditation and standardization and how they interacted synergistically to support conformity assessments in a way that contributed to the world-wide efforts to meet the global energy challenge. 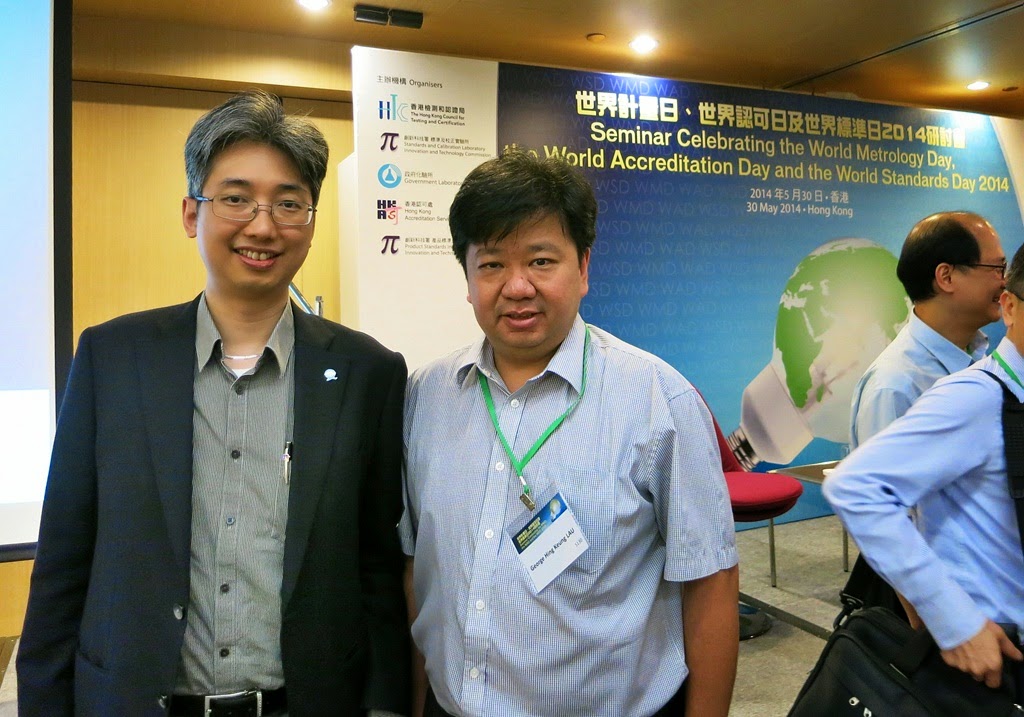 In the beginning, Mr. Johann Wong (Deputy Commissioner for Innovation and Technology, ITC, HKSAR Government) gave welcoming Remarks. He welcomed all guest and participants and explained the aims of the seminar to raise the public awareness on quality infrastructure in Hong Kong. 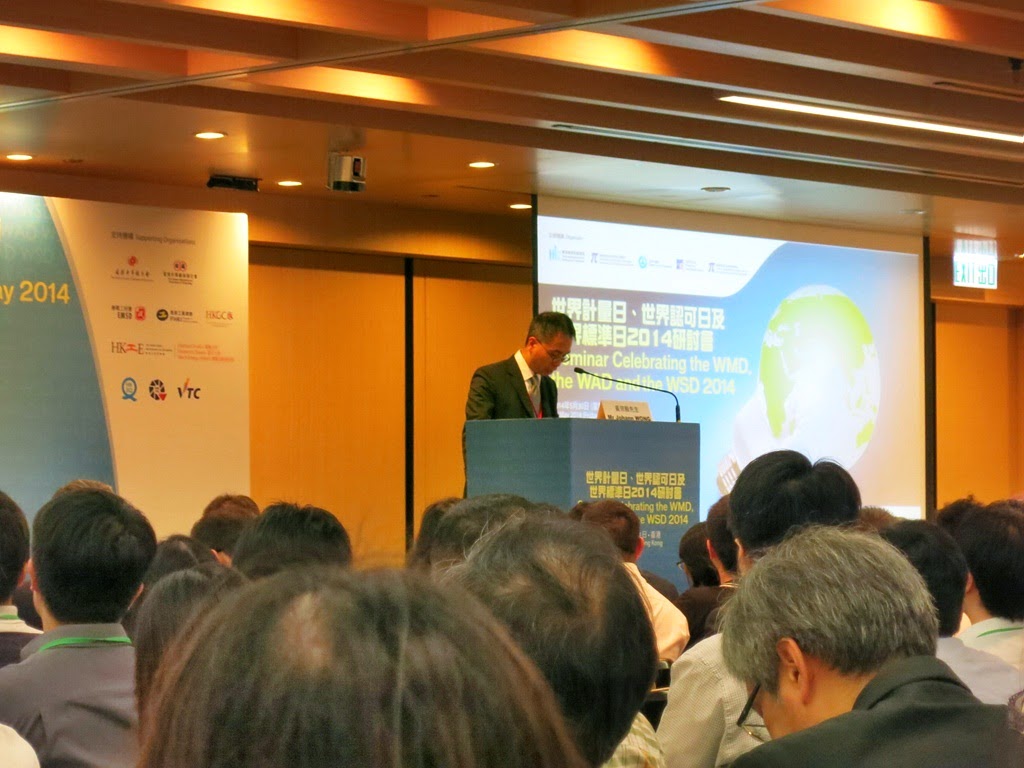 Group photo of all guests 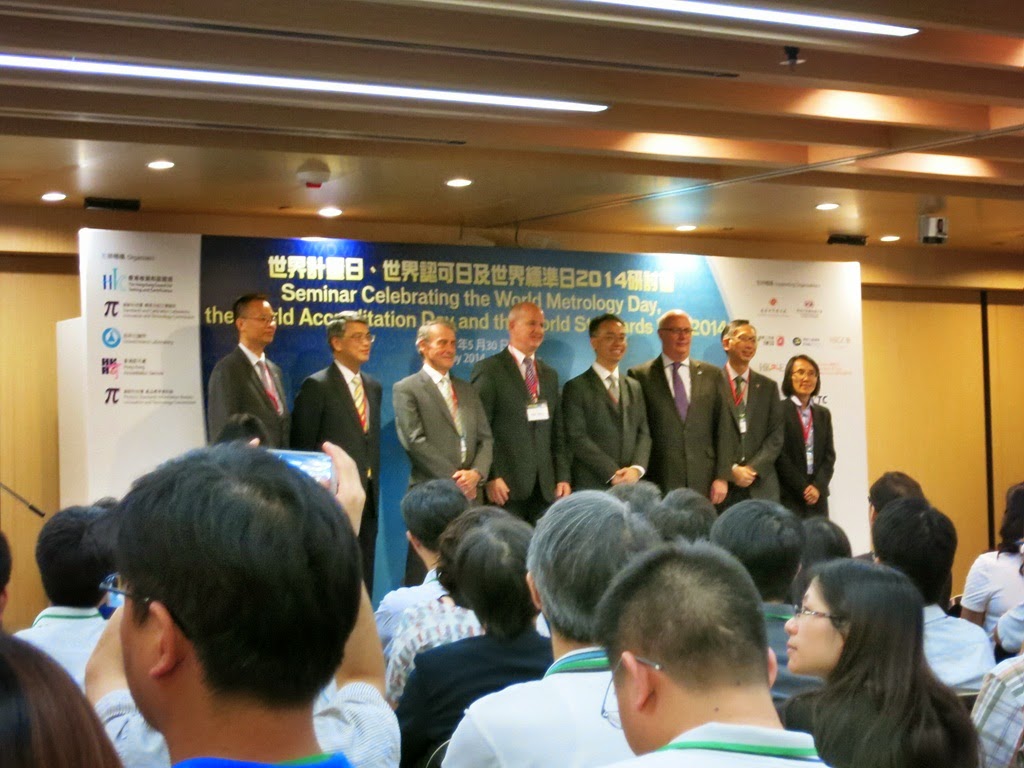 Mr. Wong Wang-wah (Executive Administrator, HKAS and PSIB, Innovation and Technology Commission, HKSAR Government) gave opening remarks. Firstly, he mentioned the actual celebration dates of WMD on 20 May, WAD on 9 June and WSD on 14 October, respectively. He said a sound quality infrastructure is the cornerstone of a reliable conformity assessment system. Metrology, accreditation and standardization were three pillars supporting this quality infrastructure. 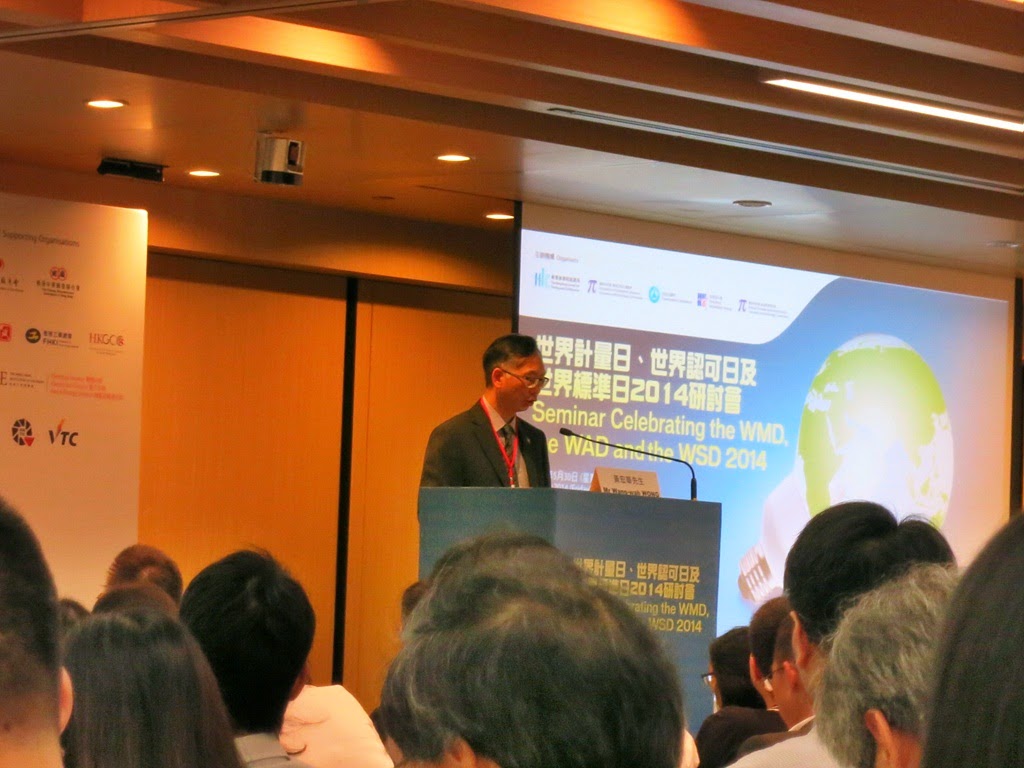 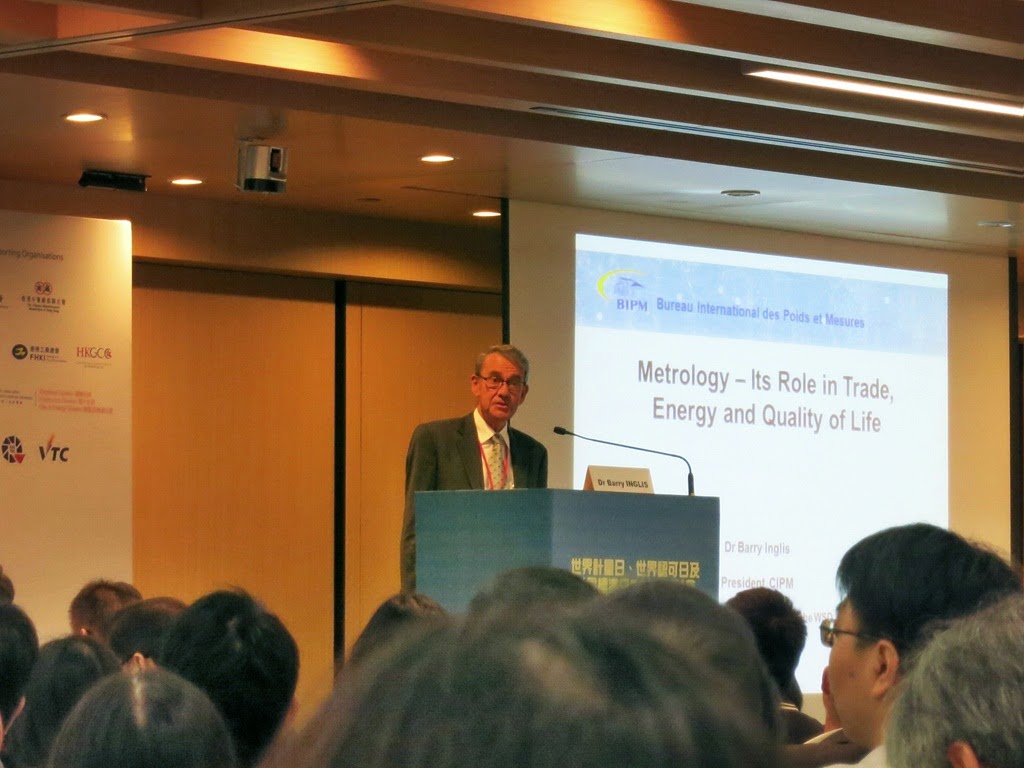 The second speaker was Mr. Peter Unger (Chairman, International Accreditation Cooperation ILAC) and his topic named “The Role of Accreditation in the Provision of Energy – The Perspective of ILAC and IAF”. Mr. Unger briefed the objectives of IAF and ILAC that they aimed to maintain the arrangements and to expand coverage into new economies so as to act as a central ‘hub’ to harmonize conformity assessment best practice. (We had met Mr. Peter Unger in Science Park before. Detailed link is in reference) 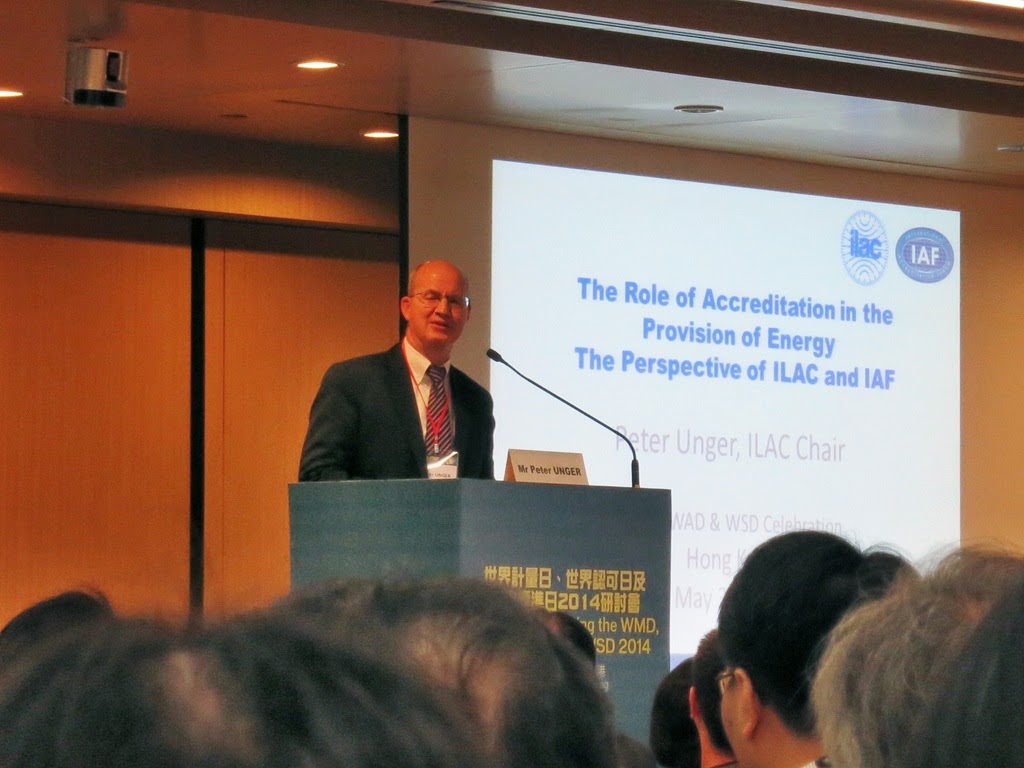 Mr. Peter Unger introduced the structure of Accreditation which supported by government, consumers and users. Then he said the provision of energy was the theme because energy was essential to daily activities. The IAF and ILAC Arrangements were structured to build on existing and developing regional MLAs/MRAs established around the world. He concluded that IAF and ILAC commit to develop a harmonized global approach for accreditation practices to esure equal reliability of accredited services as so to support developing economies to establish their accreditation infrastructure. 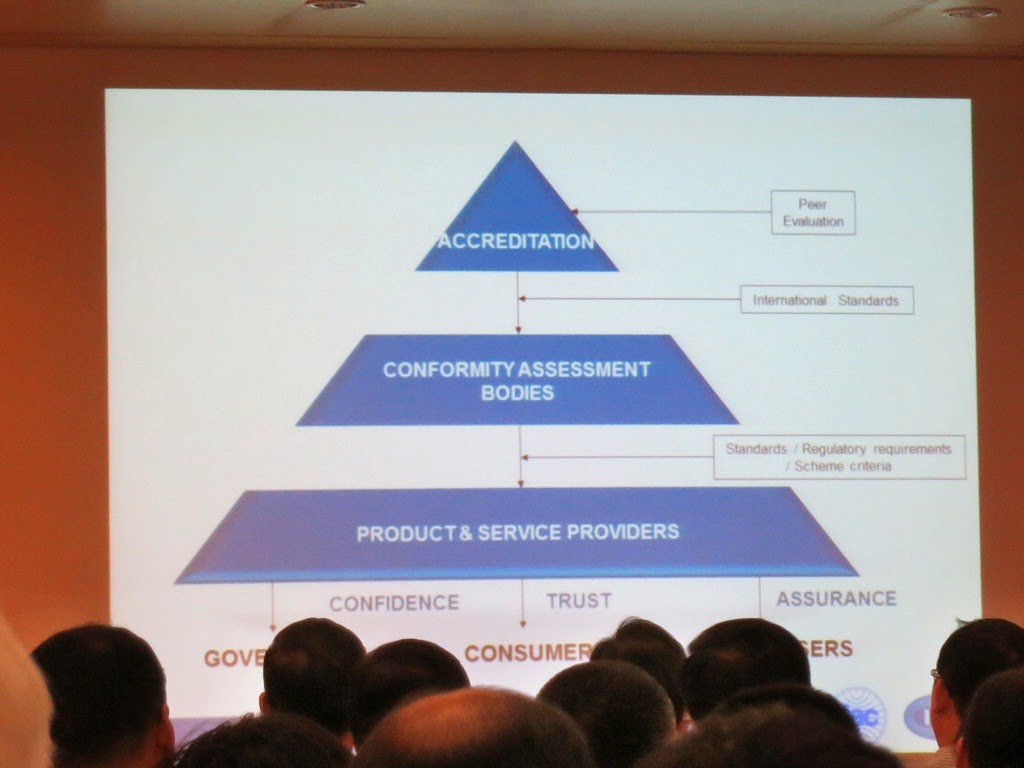 Mr. Rob Steele was the third speaker and his presentation title was “How Standards Level the Playing Field”. He said the world needed a great standards and conformance infrastructure that was aligned to meet customer needs. 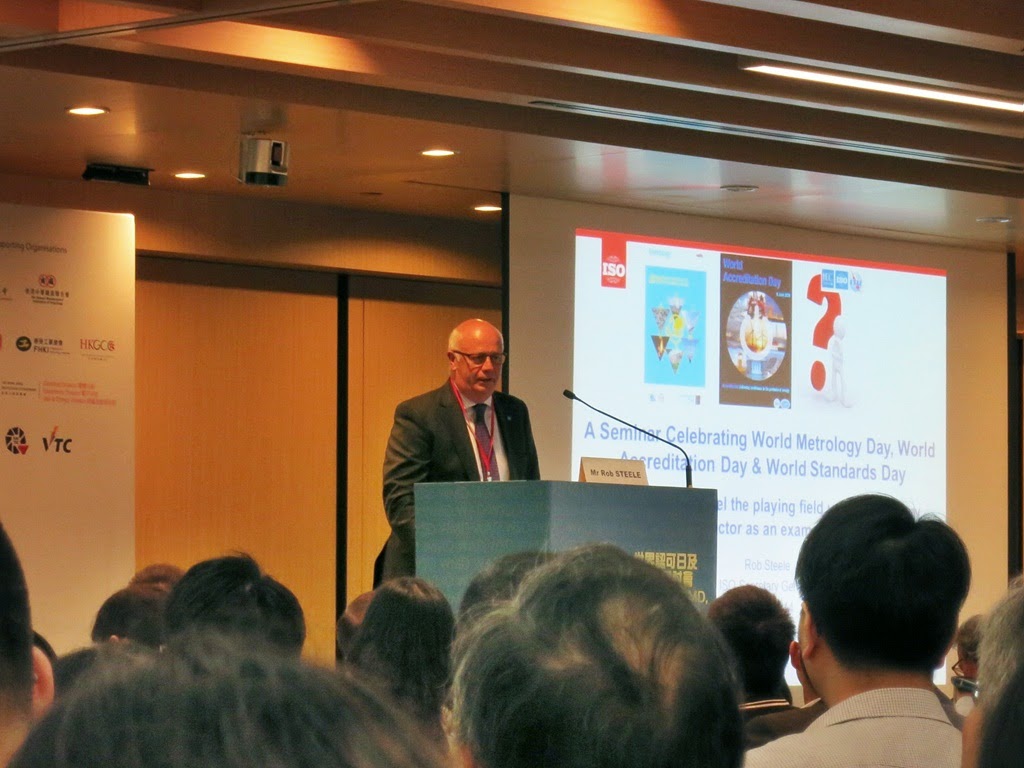 Then Mr. Steele introduced ISO Global System which had 162 national members. There were many ISO’s works in recent years and he pointed out those standards promoted innovation in business which was really important. 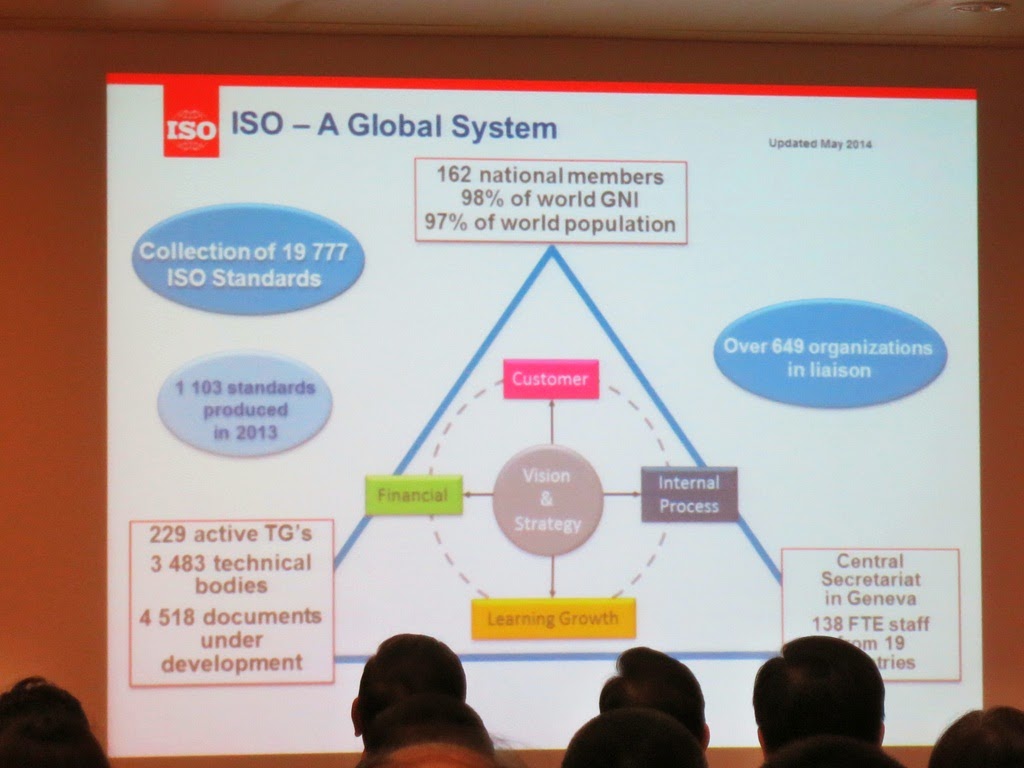 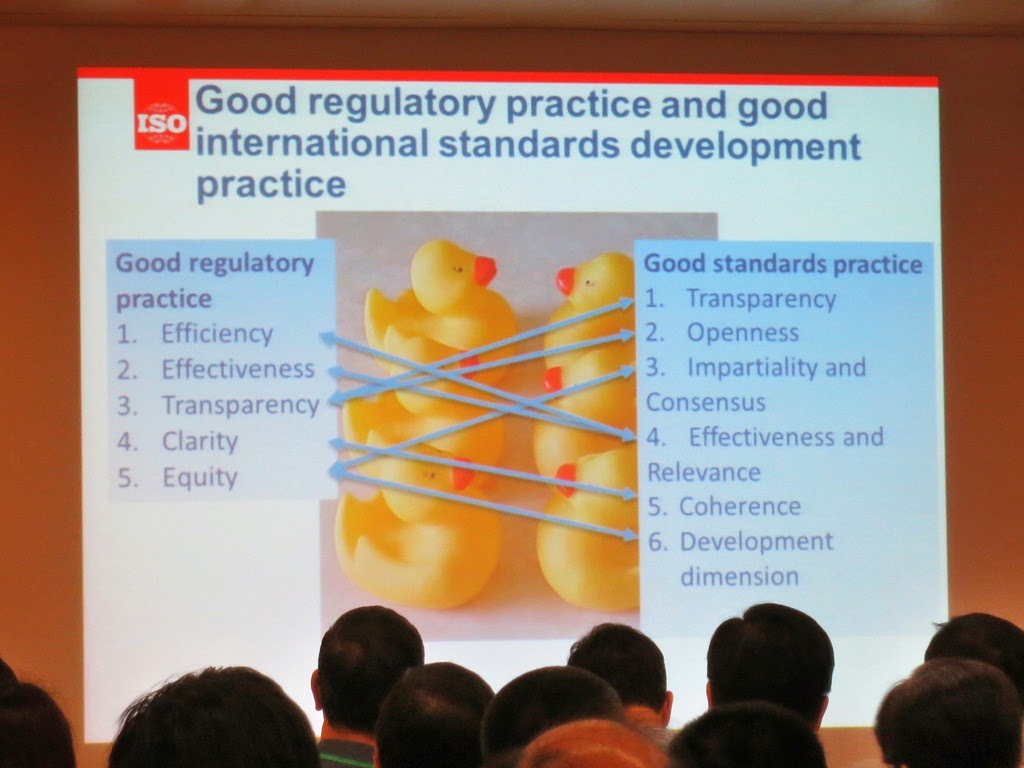 Q&A Session
One of interested questions was “Why UK don’t use SI unit? But they used non-metric measurement system such as pound (lb), gallon, etc.” It was a difficult question because of historical development of measurement in England. Mr. Lee Wah-kwan, Dennis (Head of Laboratory, Standards and Calibration Laboratory (SCL), ITC, HKSAR Government) was the fourth speaker and his presentation named “The Past, Present and Future of the Physical Metrology Infrastructure of Hong Kong”. Firstly, he quoted Nobel Laureate – Steve Chu’s statement “Accurate measurement is at the heart of physics, and in my experience new physics begins at the next decimal place.” 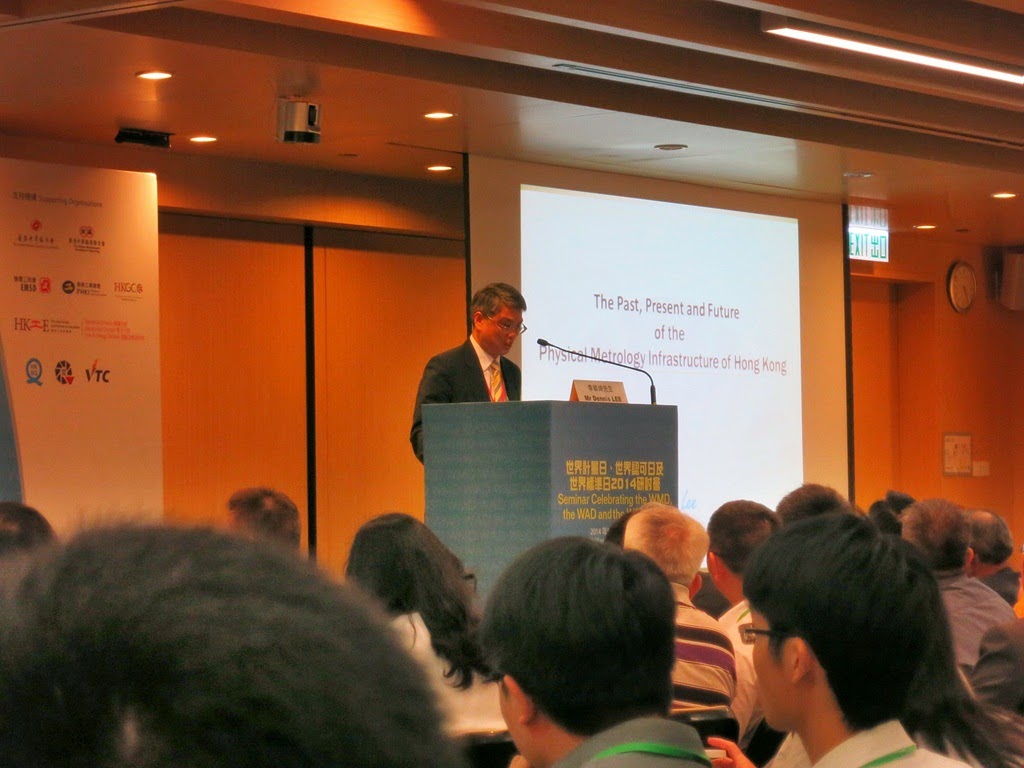 Moreover, Mr. Lee told us there was the 30th anniversary of SCL and he briefed the history. The details of SCL history is showed in the following photos. 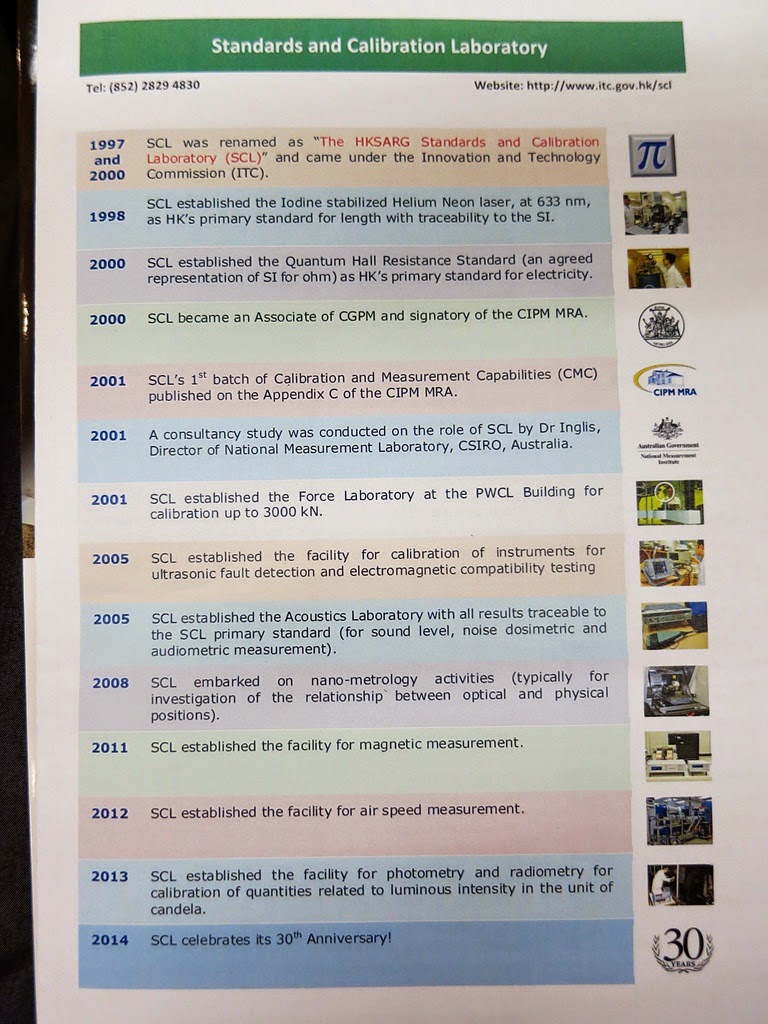 Mr. Lee also prepared a summary of International System of Units for each participants. Then He quoted Dr. Brian Bowsher (MD, NPL of UK) that “Metrology in the 2020s will play a key role in meeting the socio-economic and scientific challenges:
- A sustainable low-carbon economy
- Scientific discovery
- Innovation and R&D intensive growth
- The well-being and security of the citizen.” 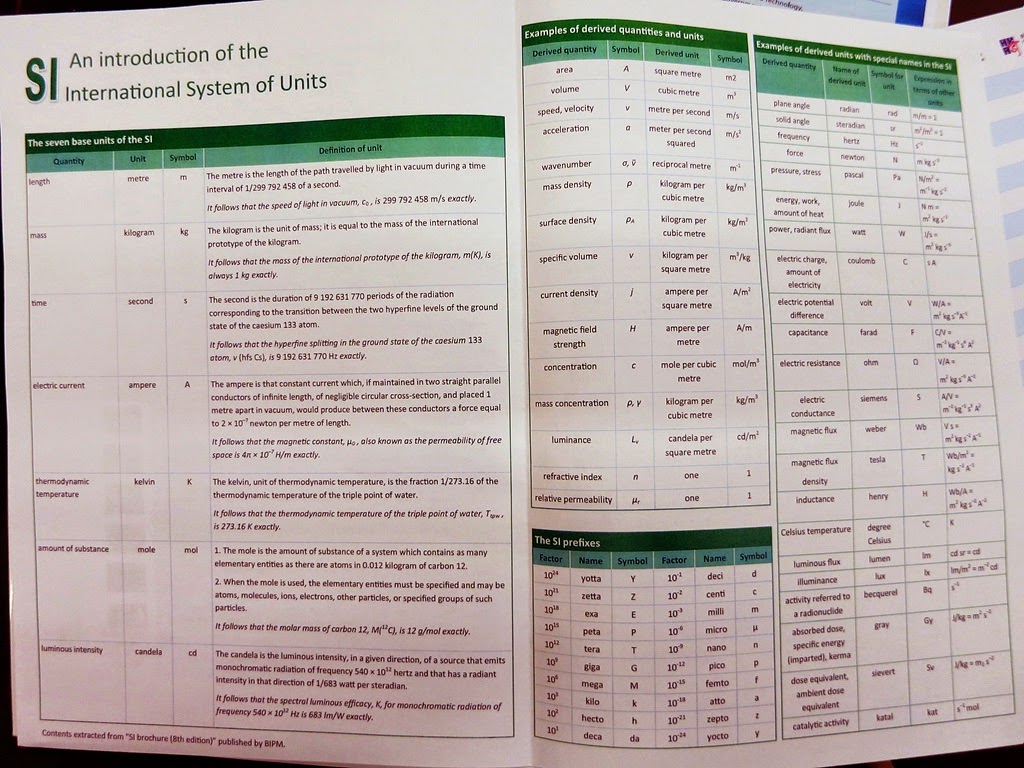 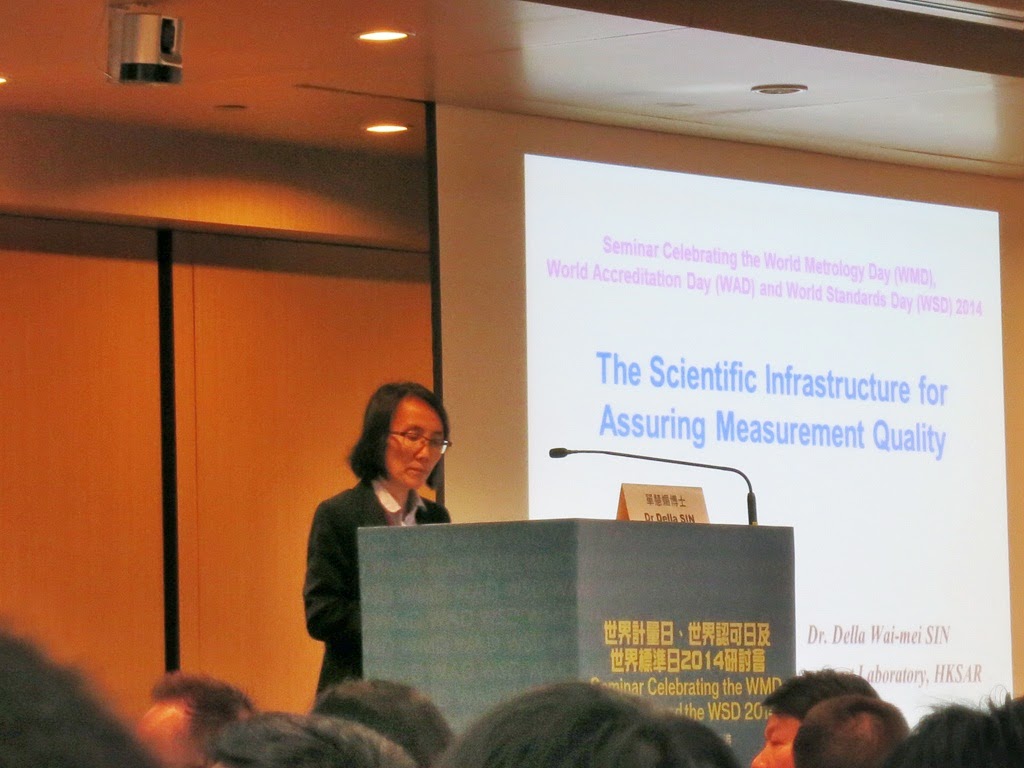 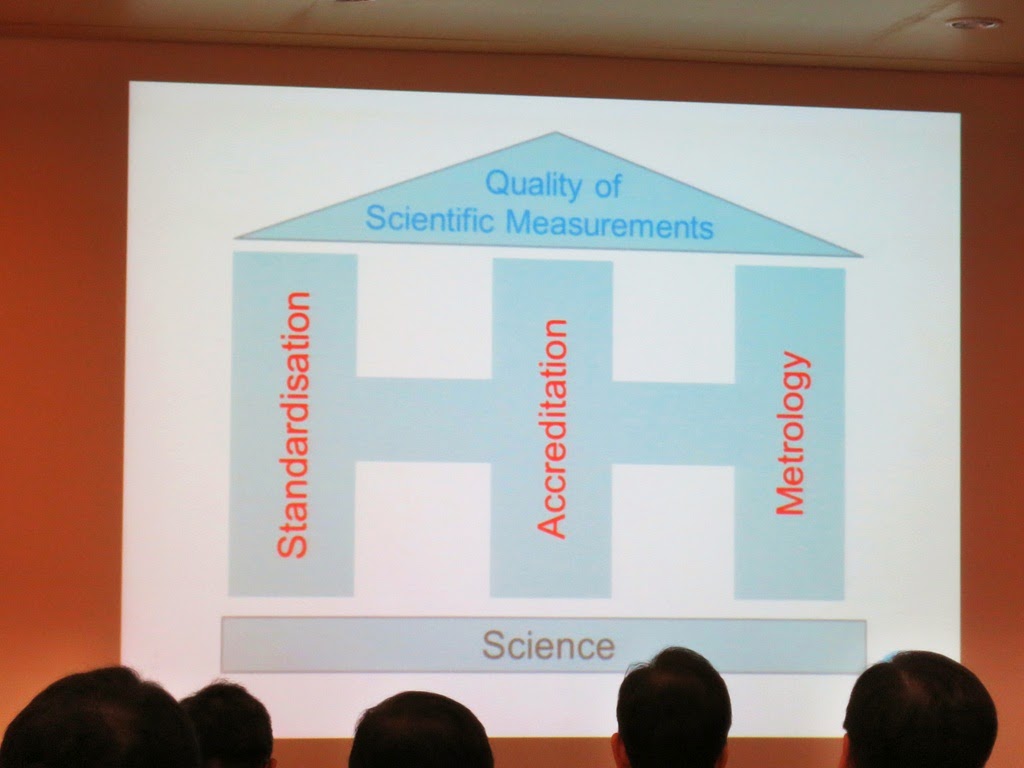 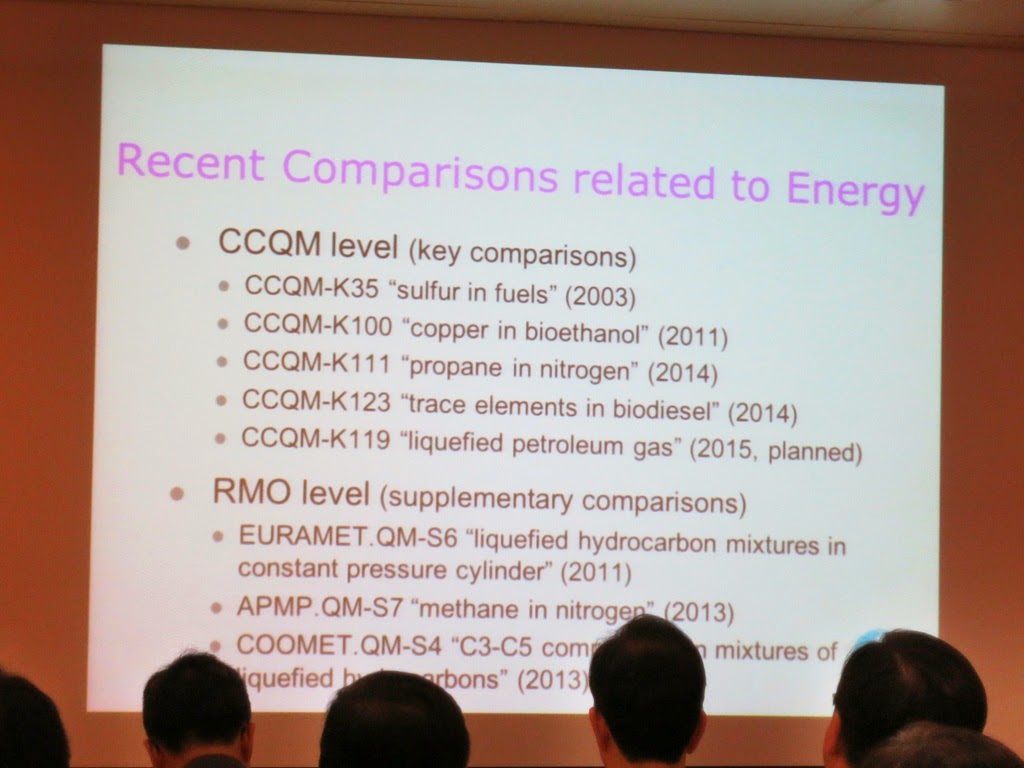 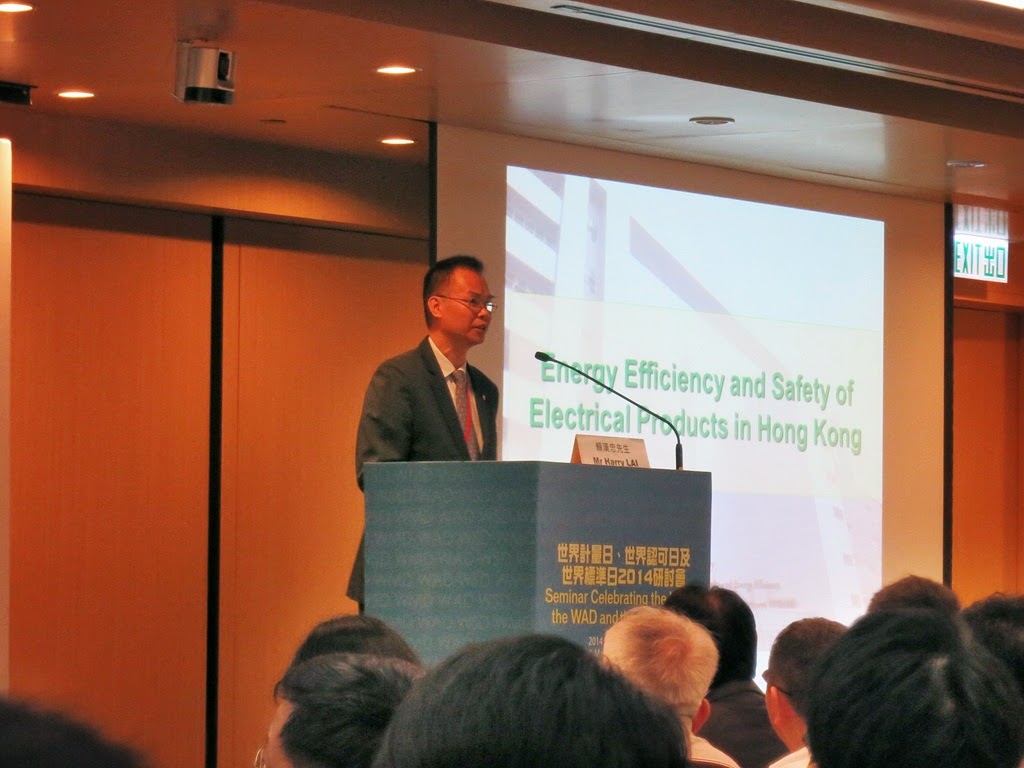 For EELS, there were separated into Voluntary EELS (VEELS) and Mandatory EELS (MEELS). EELS aimed to provide information for consumers to select energy efficient appliances. The energy labels were shown below. Mr. Lai said MEELS achieved an energy saving of 175 million kWh per year (equivalent to reduce 122,000 tonnes of CO2 emission annually). 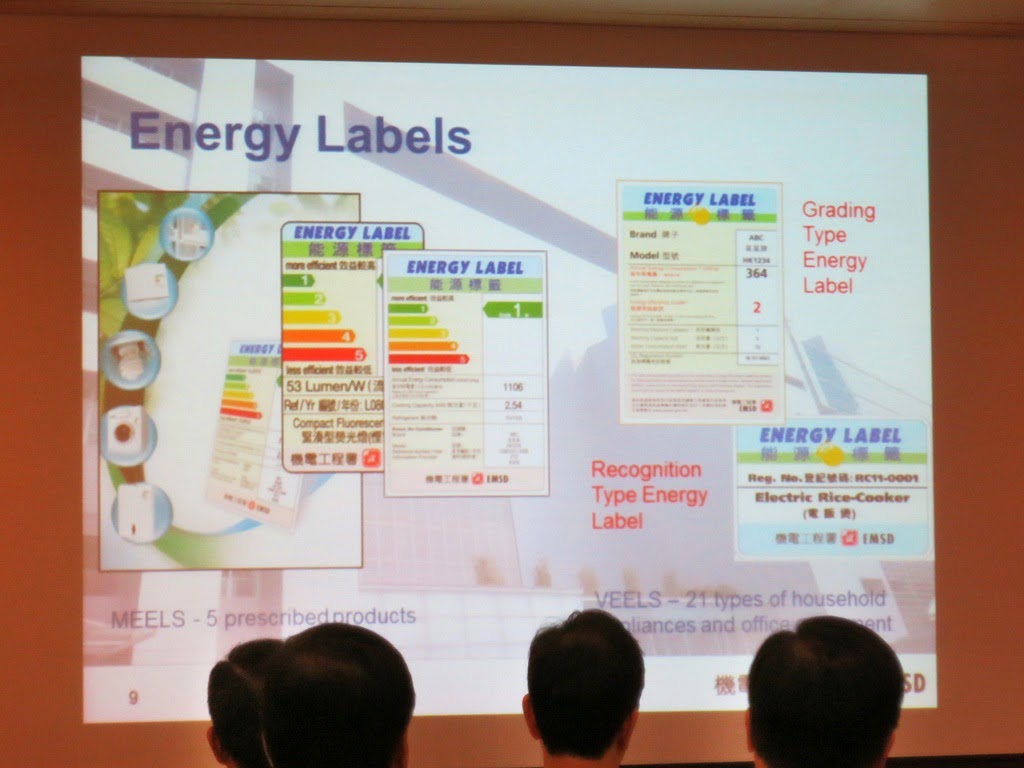 Finally, Mr. Lai concluded that the contribution of Standards and Accreditation to Energy Efficiency and Safety of Electrical Products included “Standards adaptation to minimize technical barriers” and “Accreditation on Testing Facilities which provided confidence test results”.

Q&A Session
I asked for advice if no reference standards in advance equipment (e.g. SAM, ToF-SIMS & XPS). Dr. Della Sin said they would do by themselves for calibration and verification. 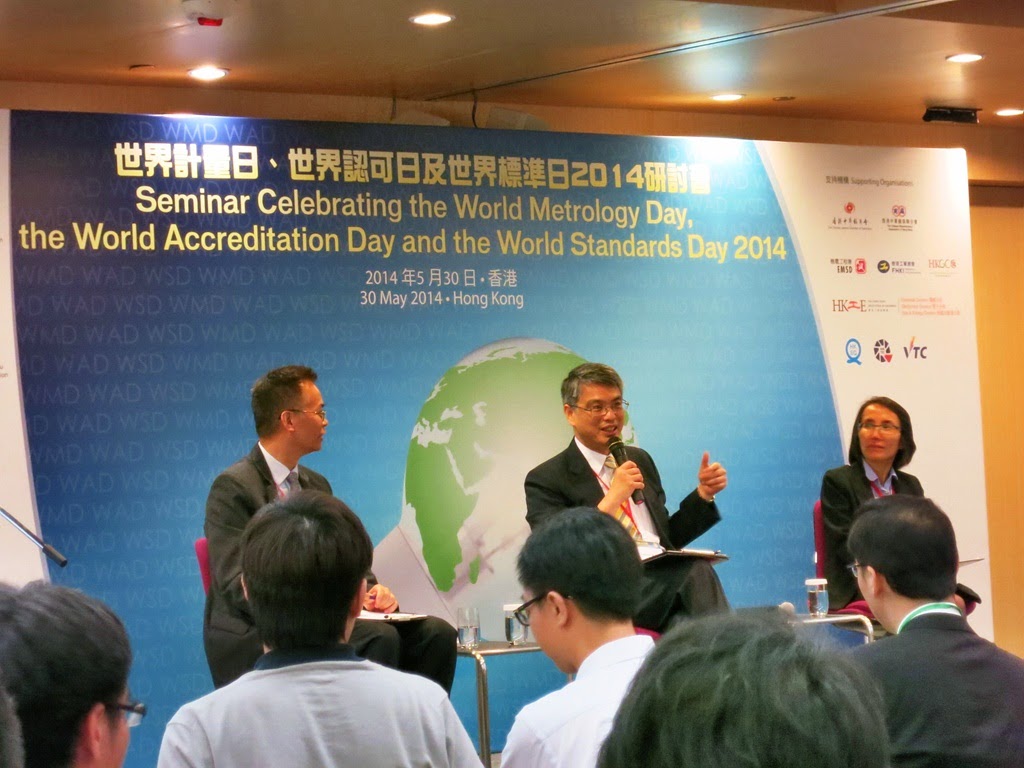