The World Metrology Day on the 20th May each year has marked the anniversary of the signing of the Metre Convention since 1875. The Hong Kong Council for Testing and Certification (HKCTC), the Standards and Calibration Laboratory of the Innovation and Technology Commission (SCL), and Government Laboratory (GL) jointly organized the World Metrology Day 2013 Seminar on 20 May 2013. Hong Kong Society for Quality (HKSQ) was one of supporting organizations. This seminar unveils metrology and how measurement works behind the scenes in human activities.

In the beginning, Mr. Terence Chan (Secretary-General (acting), HKCTC) gave a welcoming Remarks. Terence shared his story about metrology during he studied in primary school. He worked with his classmate to build a paper house. They separated duties into two that one for roof and the other one for basis. When they combined it in school playground, they found that the size did not match even though they had a drawing with scale. Finally, Terence found the root cause came from the different rule scale (One was Chinese Tailor's rule scale and the other was not.). The story matched the theme "Measurements in Daily Life". 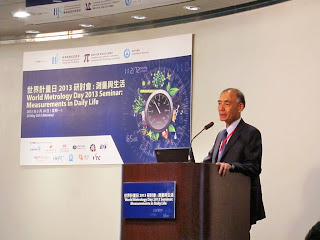 The first speaker was Ir. Y.K. Yan (Senior Electronics Engineer, SCL) and his topic named "The Role of Measurement Uncertainty in Conformity Assessment". He firstly asked a simple questions "Does the measurement result meet the specification?" 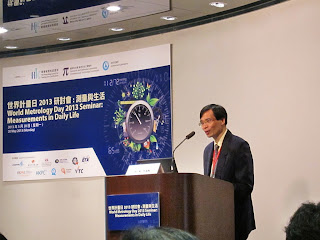 Then Ir. Yan introduced the concept of the effect of uncertainty. The greater the measurement uncertainty (MU), the larger the area of unclear decision.
Test uncertainty ratio (TUR) = Spec Limit / MU
(Left: Out of limit, Unable to judge, Unable to jude, Within limit) Intuitive approach referred to ISO 14253-1 and ILAC-G8. 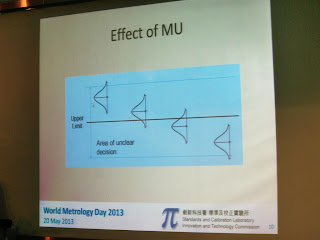 
Finally, Ir. Yan mentioned the Joint Committee for Guides in Metrology (JCGM) which was a committee established in 1997 and aimed to address common problems encountered in metrology. JCGM relevant documents included JCGM 100, 101, 102, 104, 106 & 200. Since JCGM 106 issued in October 2012, SCL developed a software tool that allowed easy calculation of the acceptance limits based on the production process. 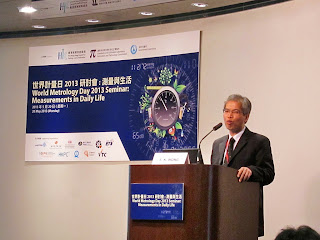 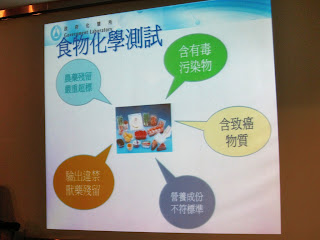 Presentation of souvenirs and group photo after the tea break 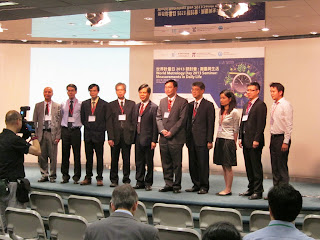 The third speaker was Dr. Nim-kwan Cheung (CEO, Hong Kong Applied Science and Technology Research Institute Company Ltd. (ASTRI)) and his presentation entitled "The Role of Metrology in Research and Development". He introduced some observations in the measurement of distance, temperature and time. 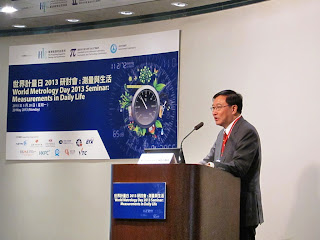 Firstly, Dr. Cheung introduced the history of the Meter. The International Bureau of Weights and Measures upgraded the bar to one made of 90% platinum / 10% iridium alloy in 1875. Then it redefined as 1,650,763.73 wavelengths of orange-red light in 1960. In 1984, 1/299,792,458 seconds with time measured by a cesium-133 atomic clock was employed. After that Dr. Cheung mentioned his measurement experience during his study in 1970s. He needed to measure different reading in different part of equipment setup for ultralow temperature. 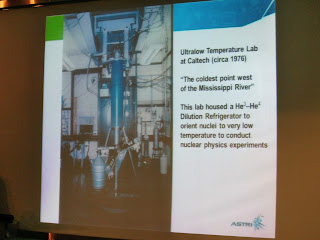 Mr. Dennis Lee (Senior Electronic Engineer, SCL) was the fourth speaker and he presented the topic "Optical Metrology for Daily Life". Mr. Lee introduced photometry and radiometry. Photometry stated the range of wavelength which was visible to the human eyes. Radiometry was measurement of optical electromagnetic radiation with frequency range from 3x10^11Hz to 3x10^16Hz. 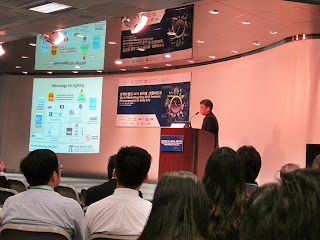 Then Mr. Lee briefed the history of the unit for light intensity. It was interested that the original unit was by candles in 1860. In 1979, SI definition of the Candela adopted in terms of the watt at only one wavelength of light (540x10^12Hz). The photometric and radiometric units were shown in the following diagram. 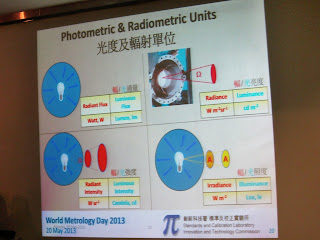 Finally, Mr. Lee told us SCL's photometric and radiometric capabilities development map from 2012 to 2015. Their capabilities in Illuminance (lux) meter from 10 to 2000 lx and Standard Lamps from 100 to 3500 cd were covered all work place lighting requirement in Hong Kong. Lastly, Mr. Lee mentioned their inter-laboratory comparison through participating APMP Comparison of Luminous Intensity. 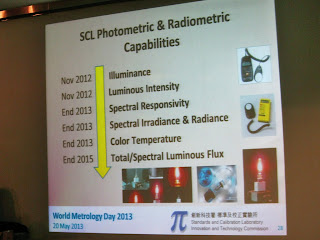 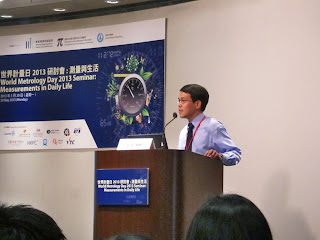 Dr. Yip explained the important of metrological traceability. The following milestone demonstrated different accreditation and international scheme in GL since 1993. 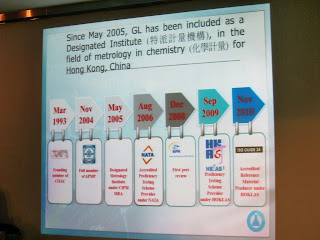 Dr. Yip also mentioned some Calibration and Measurement Capability (CMC) Claims in Food such as Total Malachite Green in fish and Melamine purity standards. Moreover, GL also organized different Proficiency Testing (PT) programmes under the scope of food, environment, commodity products, pharmaceuticals and Chinese medicine testing since 1987. They was accredited as a PT scheme provider based on ISO/IEC 17043:2010. Finally, Dr. Yip expected that metrology in chemistry supported the testing and certification sectors in Hong Kong and produced more CRMs and organized more PTs to meet our specific needs. 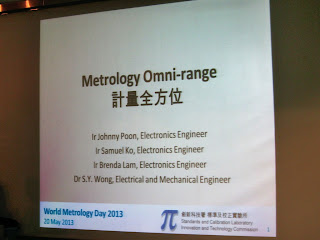 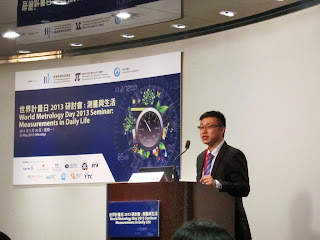 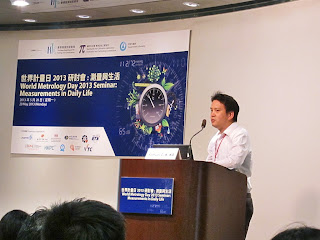 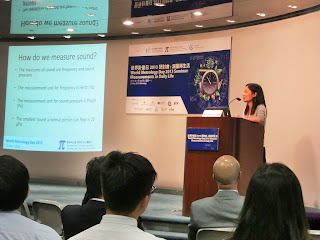 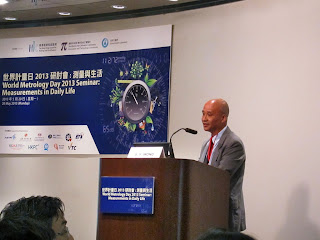 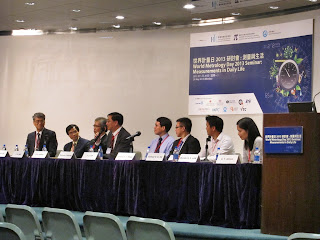