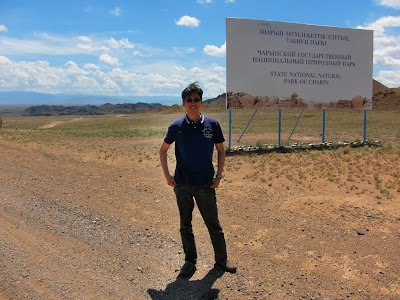 We climbed down the hill and walked through the canyon “Charyn”. 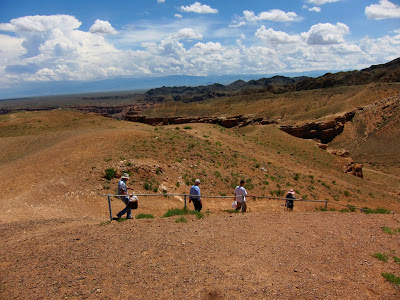 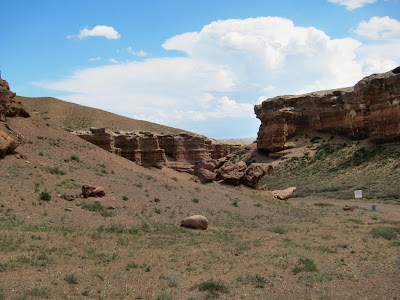 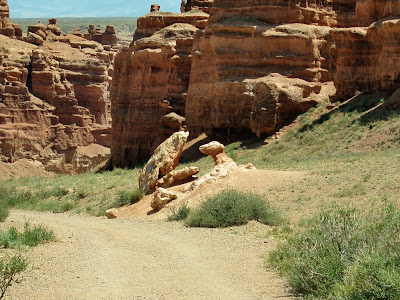 I climbed up to the large stone and took a photo. 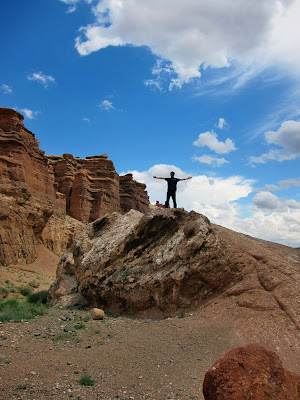 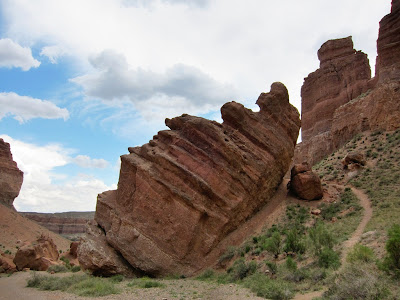 In the middle of the journey, we saw a gap between two large stones. We needed to pass it. 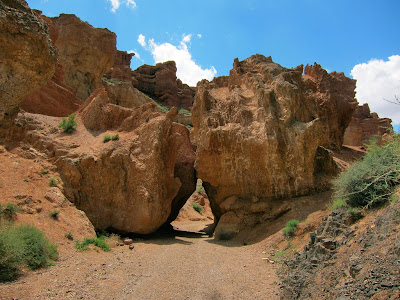 The black stone was seen. 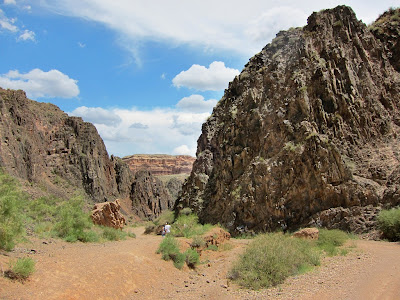 A wild toilet was provided. 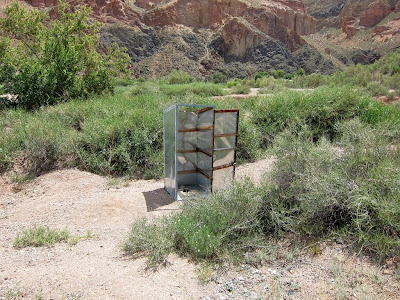 We saw a river that was our destination. 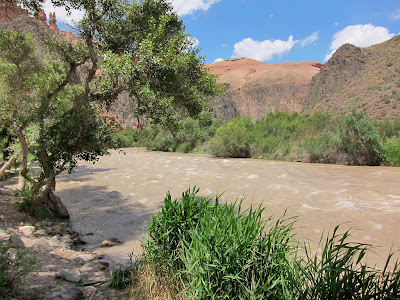 I tried the temperature of water and found that it was very cool (I think it was about 5C degree). It was because the water was come from the snow mountain. 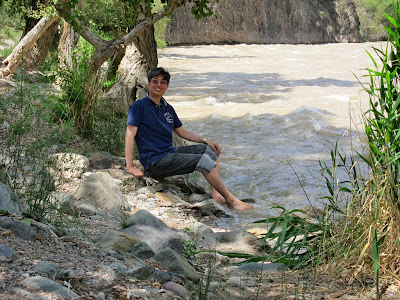 After picnic, we went back to the car. 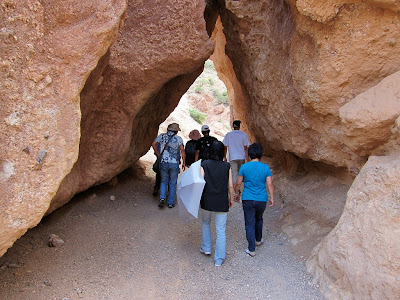 The weather changed suddenly and raining when we come back. 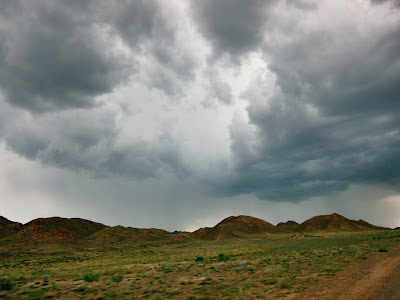 We saw many horses in the road. 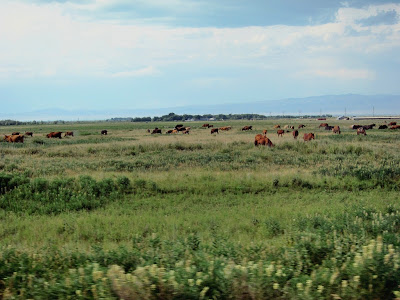 When we went to the city, we saw a golden temple. 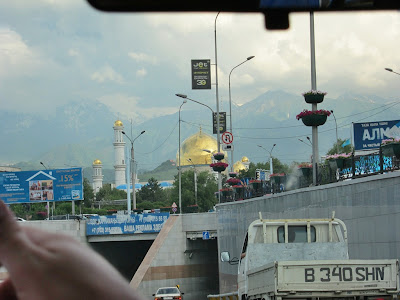 Mr. Eszhan Myrzaliev led us to have dinner in a famous Chinese restaurant called “Princess Restaurant”. 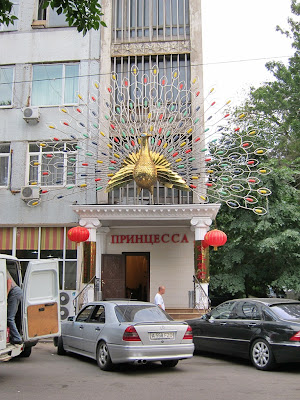 The menu had different languages such as in Mandarin, Kazakh and Slavic. 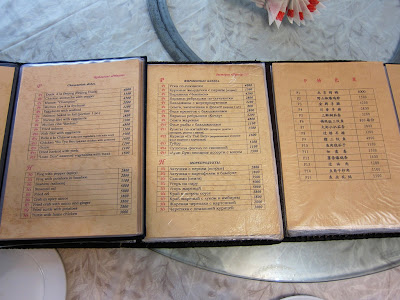 Food is good! We found that it had some different from Canton’s food. 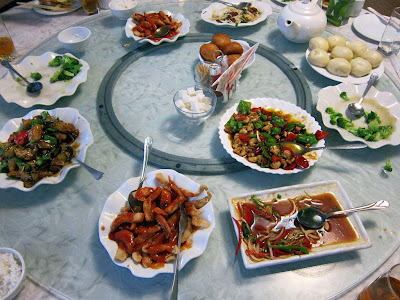 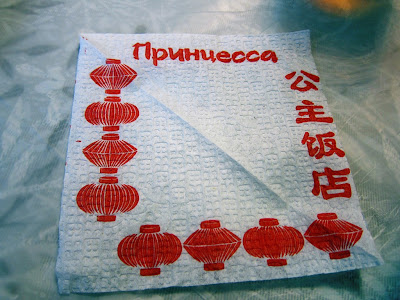 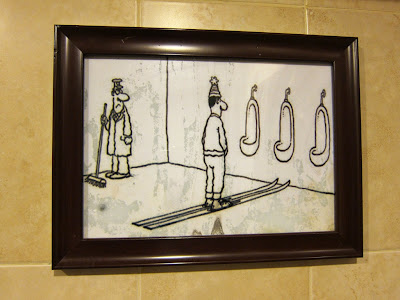 When we come back in the hotel, the forum preparation was completed. 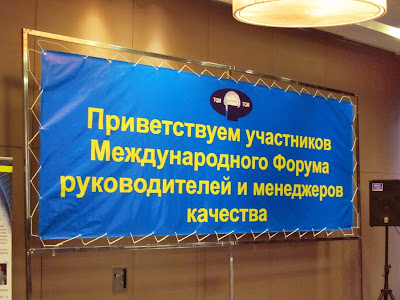 There were many honorary members of IAQMA in different countries such as Kano and Ando (Japan), Watson (USA), Mehta (India) and Yury Gousakov (Russia), etc. 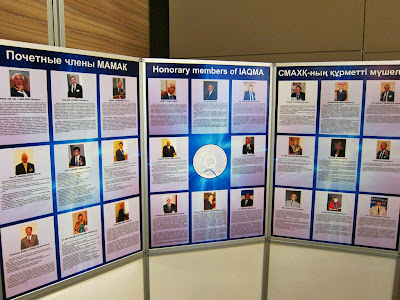 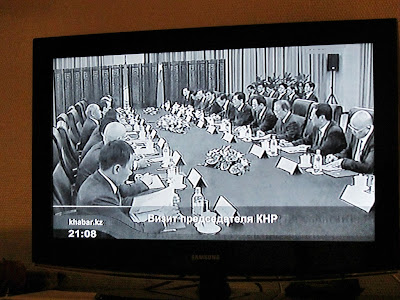 The Chairman of the People's Republic of China Hu Jintao arrived with a state visit to the Republic of Kazakhstan to participate at the Summit of the heads of states-members of the Shanghai Cooperation Organization (SCO) on 13 June 2011. After the visit in Astana on June 15, the heads of Kazakhstan and Chairman of China agreed on expanding economic partnership to the nuclear industry, allowing the usage of their national currencies in bilateral payments. 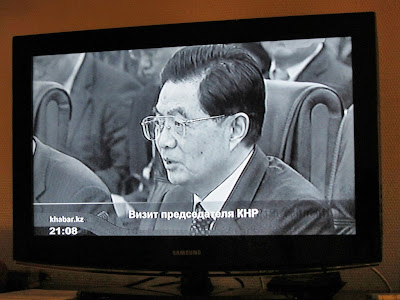 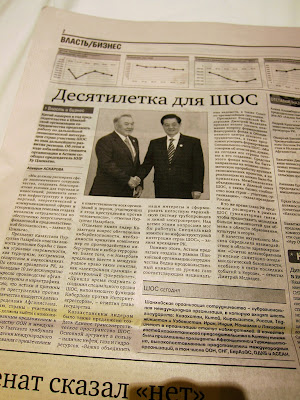