The World Partner meeting at the 2011 World Conference on Quality and Improvement in Pittsburgh, Pennsylvania was scheduled for Monday, 16 May 2011 from 1:00pm to 4:00pm.
In the beginning, each World Partner representative introduced themselves and then we started to discuss the World Quality Month. It was celebrated on an annual basis beginning November 2010. 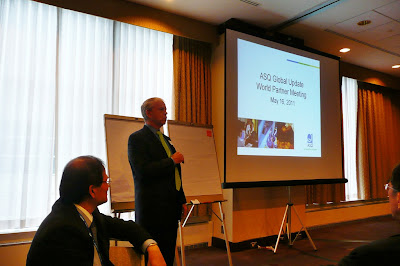 After that Mr. John Fowler discussed the “Forces of Change” from 2011 Future Study. There were eight Forces of Change included “Global Responsibility”, “Consumer Awareness”, “Globalization”, “The Increasing Rate of Change”, “The Workforce of the Future”, “Aging Population”, “21st Century Quality” and “Innovation”. 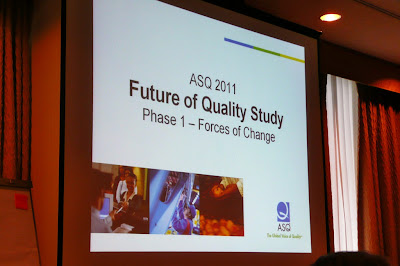 These forces and their descriptions represented the first phase of the 2011 ASQ Future of Quality Study. In Phase 2 of the study (due out in September), the implications of these forces acting upon the future of quality would be explored. The photo showed the comparison with the last study. 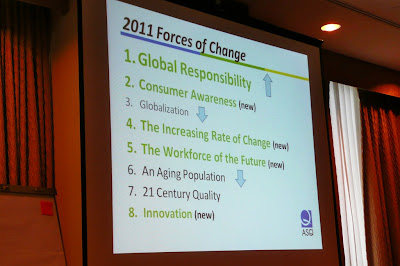 Then, we discussed the implications based on the forces and identified the most significant in shaping the future of quality. 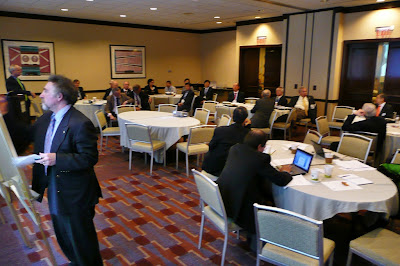 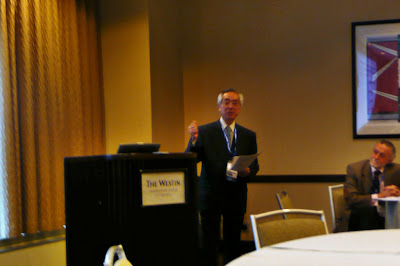 Mr. Simon Feary (CEO of CQI) also shared the most significant implications to the way quality is practiced in organization. 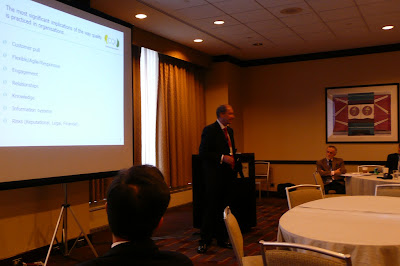 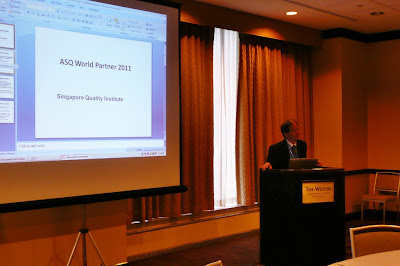 We took a photo with representatives of SQI. 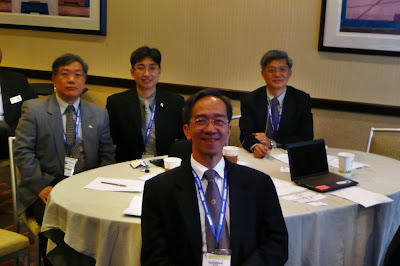 Lastly, I represented HKSQ to share our views on the signification implications as follows:
- Consumer Awareness: People's continuous awareness and Quality as a Service (QAAS)
- Innovation = CQI
- Workforce of future: People's personal belief and commitment of quality 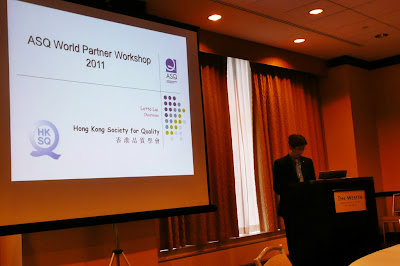 And then I pointed out two actions would be performed for our customers present and future below:
- Public awareness seminars to promote quality of life and promote “quality = environmental protection”
- Work with University / educational institution to offer joint courses 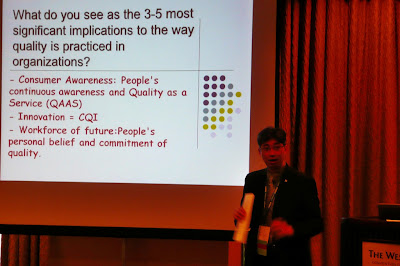 HKSQ Quality Professional Development (QProfD) Model was introduced to other ASQ world partners and they were interested in understanding this gap model. (I presented the model in ANQ 2008) 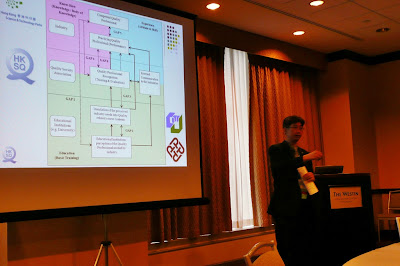 Then we joined the cocktail for formal signing of New World Partner Agreement with APQ Portual. 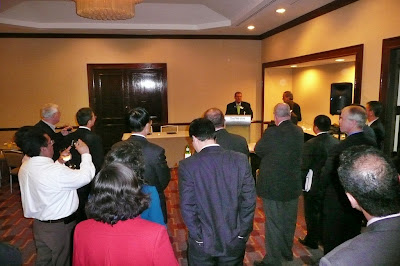 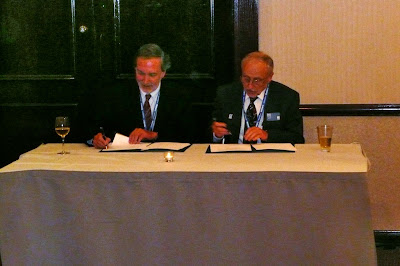 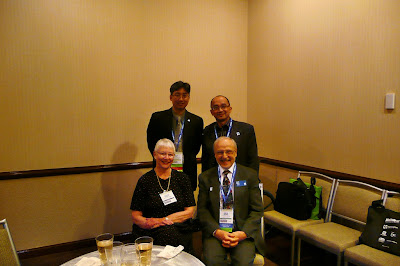 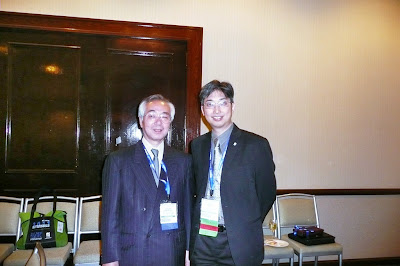 Photo took with Mr. Gregory H. Watson (Chairman of Business Excellence Solutions) and he was awarded the Distinguished Service Medalist. (For a career of dedicated service to the vocation of quality, the profession of industrial engineering, and his effective personal influence on the global quality movement through an exceptional commitment to public service and deep dedication to the cause of quality for the benefit of humankind.) 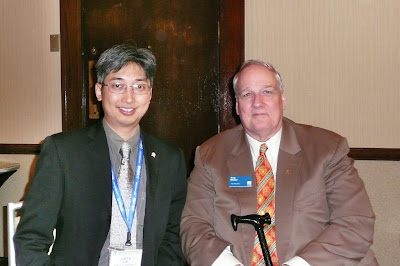 After the World Partner activities, we attended the HEINZ Networking Event at the Senator John Heinz History Center. 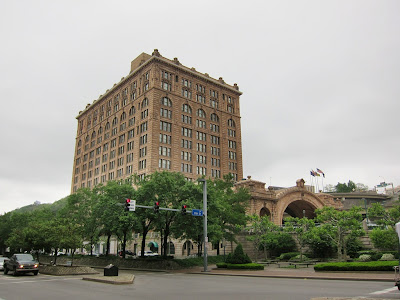 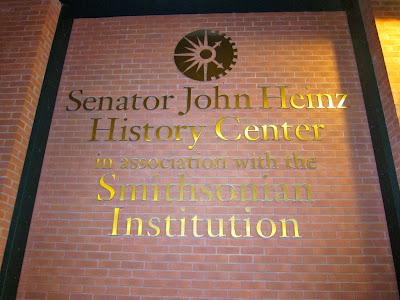 We took a photo with Heinz representative. 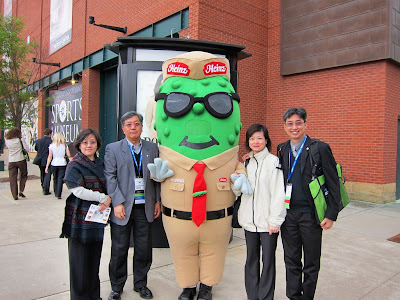 I would like to show the food & desserts during the event. 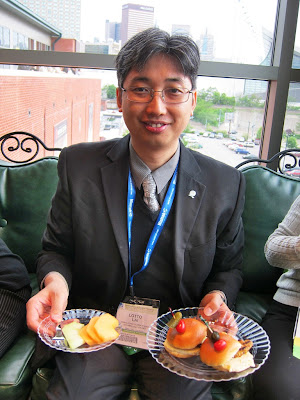 It has a good view in the center. 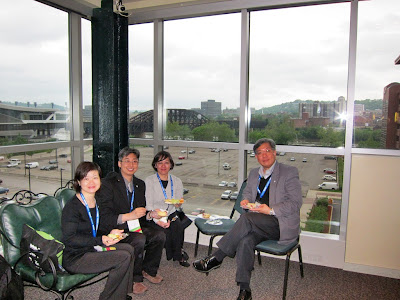 We met representative of SQI. 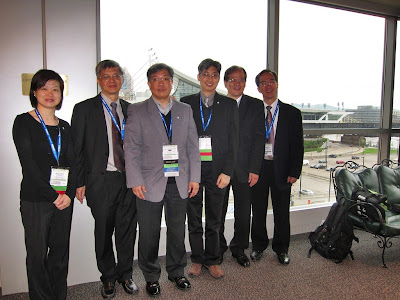 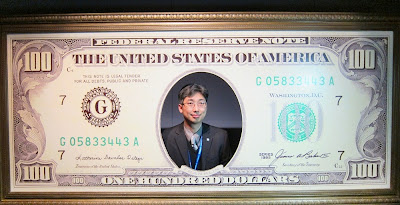 Ku Klux Klan (KKK) was formed since 1920s. This KKK recruitment pamphlet was aimed at those who opposed immigration and feared the migration of non-whites north during the Great Migration. 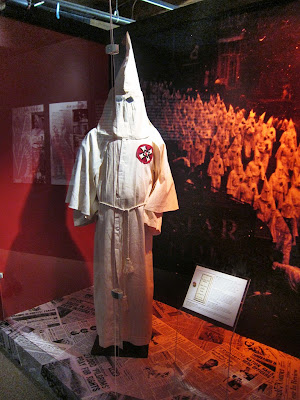 This silver case holds a megiliah, a parchment scroll on which the Book of Esther is handwritten. 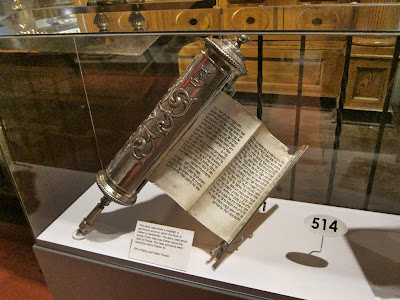 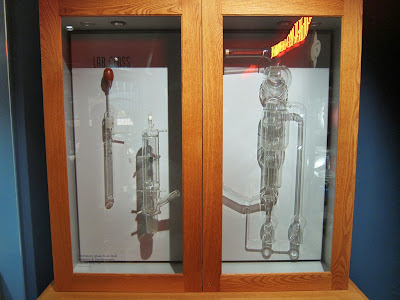 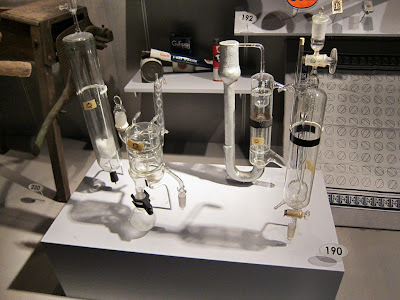 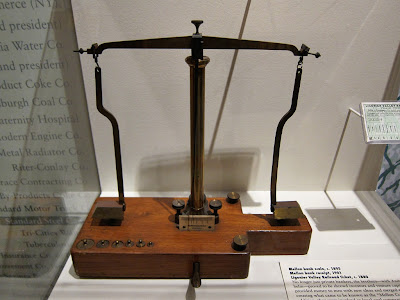