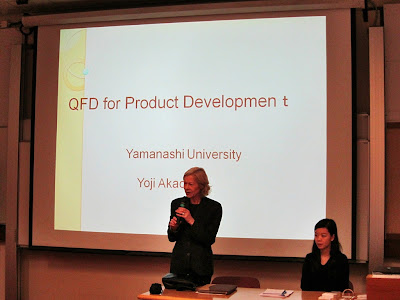 Prof. Yoji Akao (Founder of Quality Function Deployment (QFD); Chairman of International Council for QFD and 1978 Deming Prize Individual Prize Winner) was the speaker. In the photo, Akao’s left hand side was his student Dr. Catherine Chan and his right hand side was Japanese interpreter. 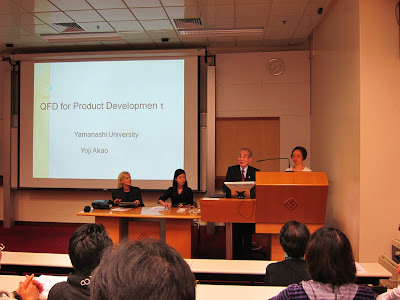 In the beginning of the seminar, Prof. Akao explained the definition of QFD below:
Quality Deployment (QD)
 To convert the user quality requirements into counterpart characteristics to determine design quality for the finished product, and, based on the counterpart characteristics, systematically deploy the correlations among the quality of each functional component and that of the individual parts as well as each of the process elements.
Work Function Deployment, Narrowly-defined QFD
 To deploy, in detail, the jobs or business functions that are concerned with building up quality in an end-means system by steps. 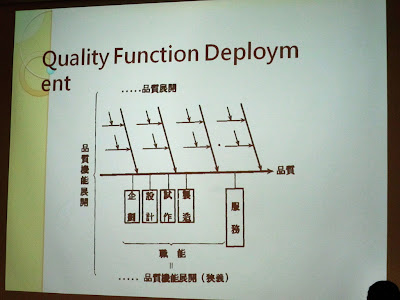 Prof. Akao then discussed a case study on the development of a folding bicycle. 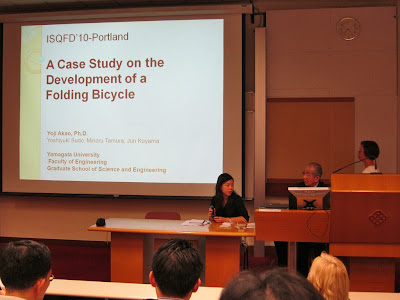 “Nonaka’s SECI model + QFD” approach was introduced. According to Professor Ikujiro Nonaka, knowledge creation is a spiraling process of interactions between explicit and tacit knowledge. It was related to knowledge management. QFD could transfer “Voice of Customer” (Tacit knowledge) into “Demanded Quality”. 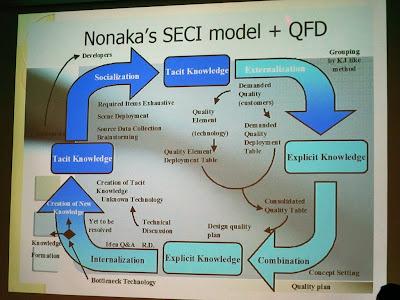 Voice of Customer (VoC) conversion sheet was briefed. Prof. Akao suggested to start the conversion from “Scene”. Then it could be extracted demanded items. Finally, demanded quality was identified. 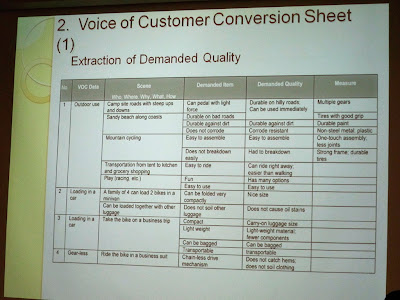 After then Affinity Diagram was employed to group the demanded quality. The next steps were to compute “Demanded Quality Weight” and establish “Planned Quality”. 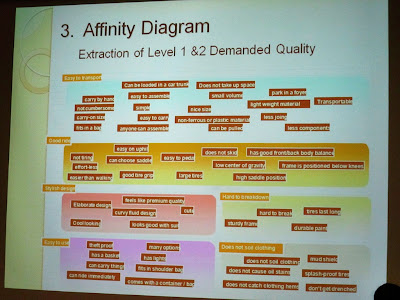 Extraction of “Quality Elements” from “Demanded Quality”, the Quality Table was formed. 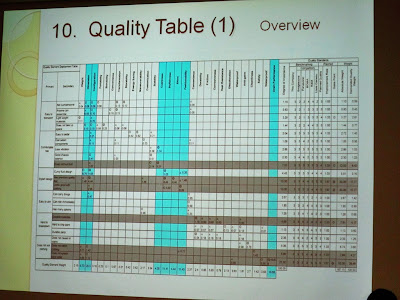 Finally, all elements were reviewed through Dendrogram (RD). 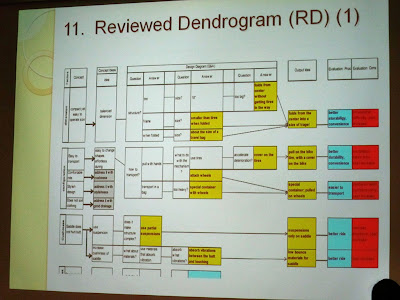 New product was proposed according to the analysis. 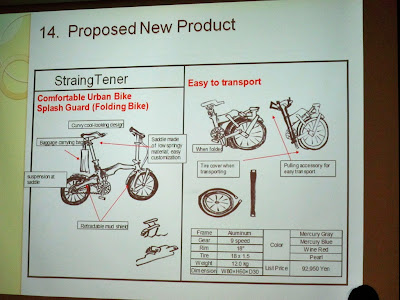 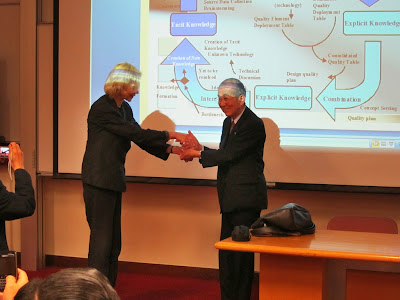 It is our honor to take a photo with Prof. Akao. 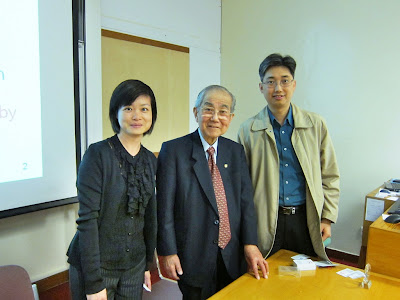