On 7 Nov 2016 (Monday) morning, we drove from “Thavisouk Hotel and Resort” to “Don Chan Palace” about 3 hours.  In the road, we saw the king of Laos sculpture. 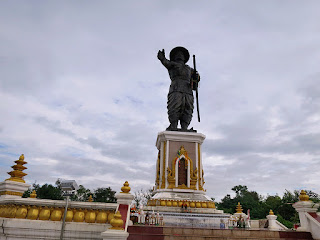 The lotus fountain was in front of the Don Chan Palace. 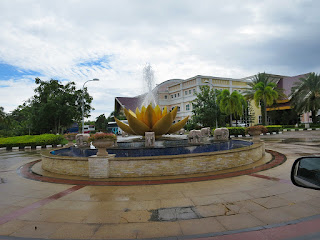 In the hotel, we looked outside scene. 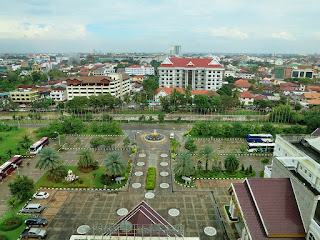 Then we went to the PHO ZAP for quick lunch. 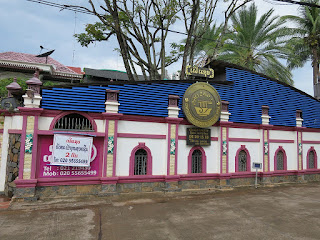 I took a photo in the lunch place. 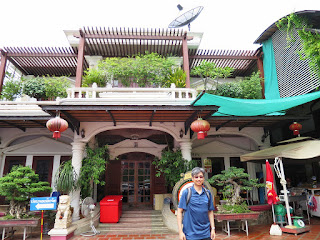 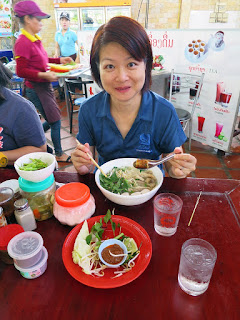 Then Khamphone drove us to go to the Department of Industry and Handicraft, Ministry of Industry & Commerce, Laos.  Arch standing was observed which was in France style. 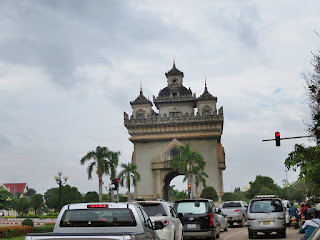 I arrived and took a photo in front of the Ministry of Industry & Commerce, Laos. 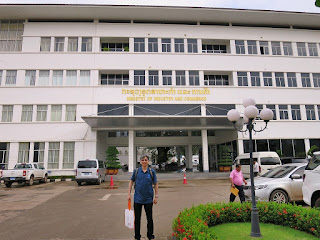 We met Mr. Souliphone and exchanged ideas about Quality and Manufacturing between Laos and Hong Kong. 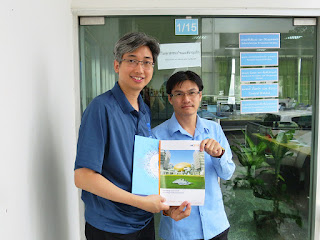 After that we were back to hotel. 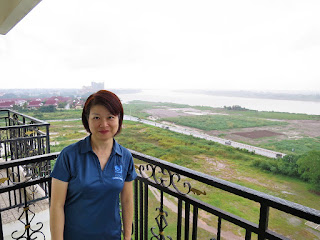 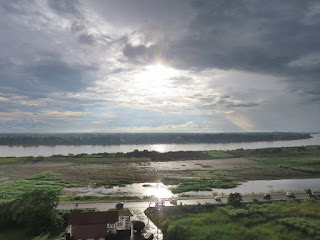 At night, we met Enjoy’s friend who was working in Laos. 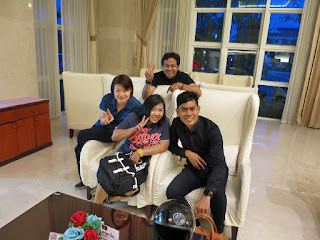 After that we went outside and observed the “Palais Presidentiel”. 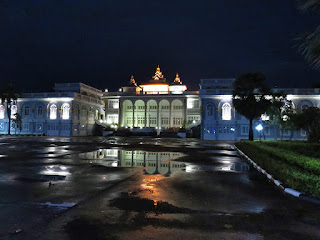 The night market in Chinese style was found. 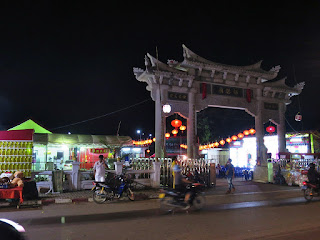 We had dinner in the hotpot restaurant again. 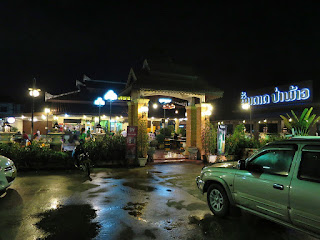 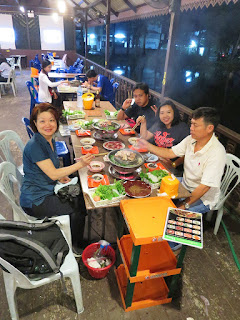 At the end, Khamphone gave gift to Minda and Enjoy which were handmade fabric. 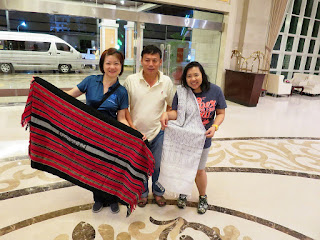 On 8 Nov 2016 (Tueday) morning, we went outside and walked around.  I took a photo in front of our hotel for memory. 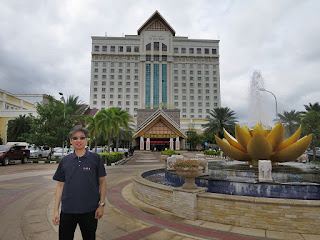 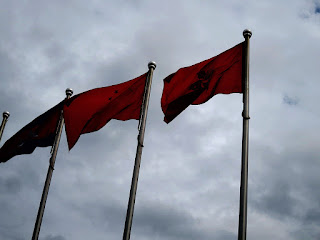 Interested sculpture of national flower was in the road. 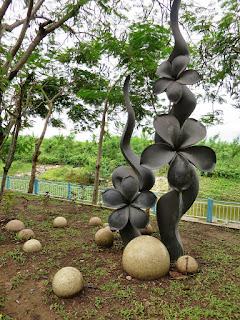 Some Hawkers were found in the street. 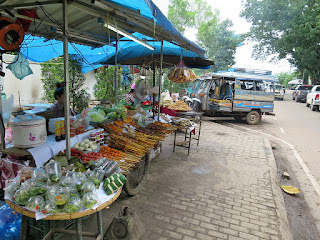 I took a photo in front of the beautiful temple. 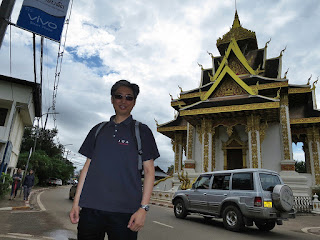 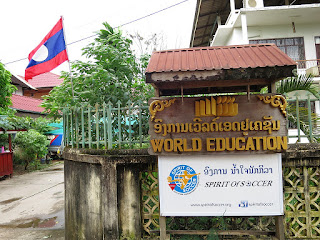 Another temple was found and visited. 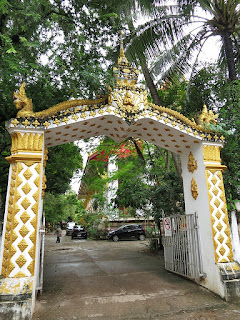 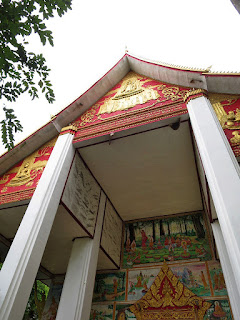 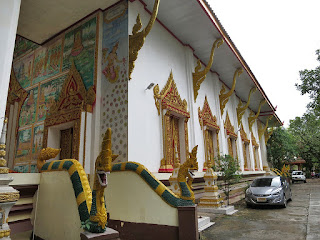 After that we went to the Wattay International Airport and back to Hong Kong. 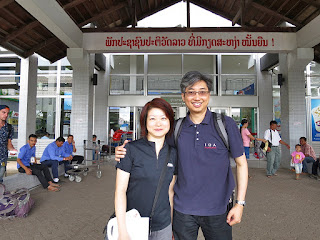 The airport was under extension.  So the waiting area was small. 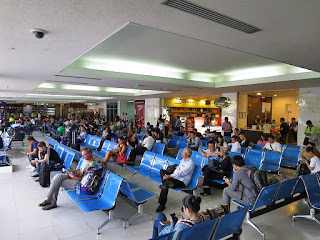 I brought the most famous sweet from Lao farmer. 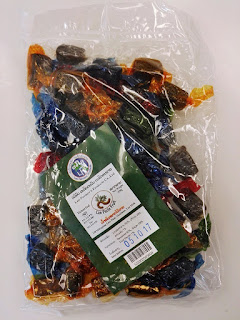