Seminar on Lipid Metabolomics Expanding Role in the Omics Evolution

The Seminar entitled "Lipid Metabolomics Expanding Role in the Omics Evolution in Health, Nutrition, and Disease" was organized by Hong Kong Science and Technology Park Corporation (HKSTPC) and supported by CityU Business & Industrial Club (CUBIC) on 28 July 2014. The seminar aimed to share Omics evolution which began at the end of the 20th century with the cloning of the human genome. 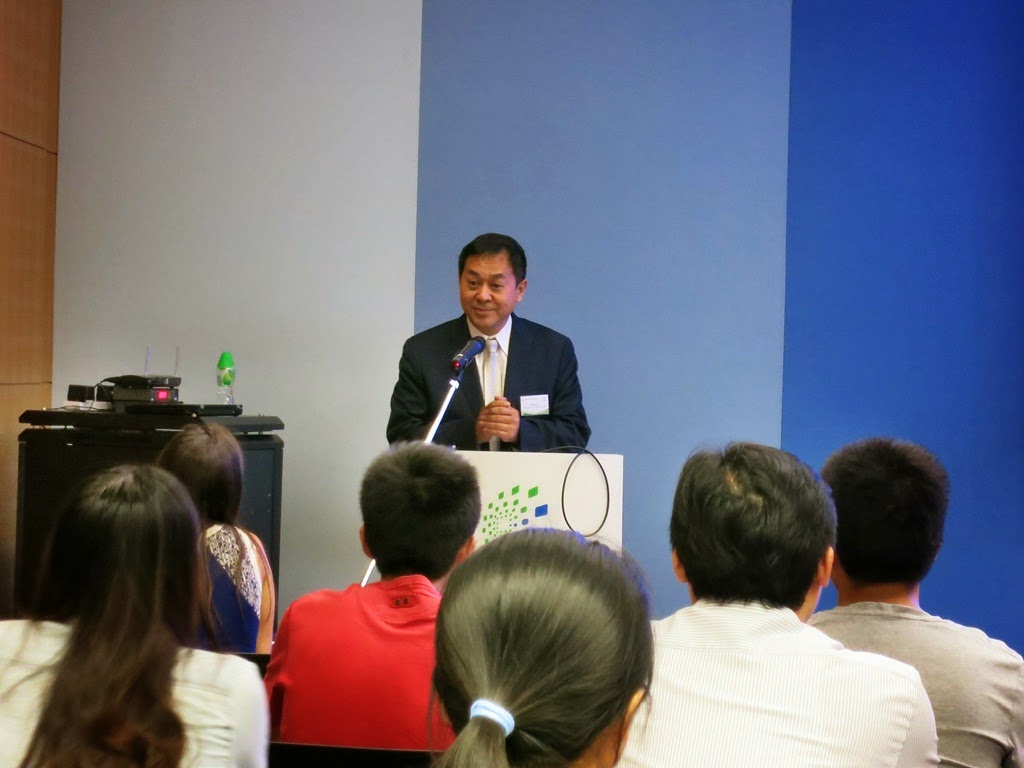 The first speaker was Dr. Nancy Gray (Director, Gordon Research Conferences) and her speech named “Introduction of Gordon Research Conferences (GRC)”. The GRC were initiated by Dr. Neil E. Gordon of the Johns Hopkins University who recognized in the late 1920s the difficulty in establishing good, direct communication between scientists, whether working in the same subject area or in interdisciplinary research. It promoted discussions and the free exchange of ideas at the research frontiers of the biological, chemical and physical sciences. 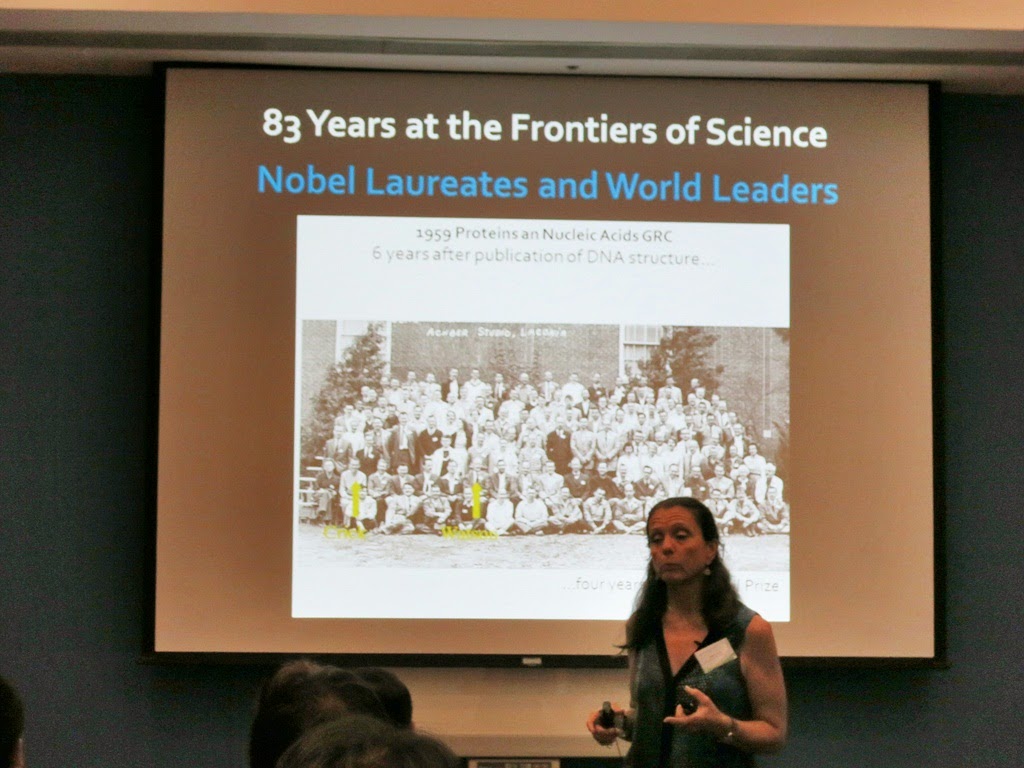 Dr. Gray mentioned average 122 participants and 145 participants in Hong Kong Conference in 2013 and 2014, respectively. Local supporting organizations were Innovation and Technology Commission (ITC) of HKSAR, Croucher Foundation and HKSTPC. She said about 13 Meetings & 3 Seminars would be held in Hong Kong in 2015 with different topics as the following diagram. 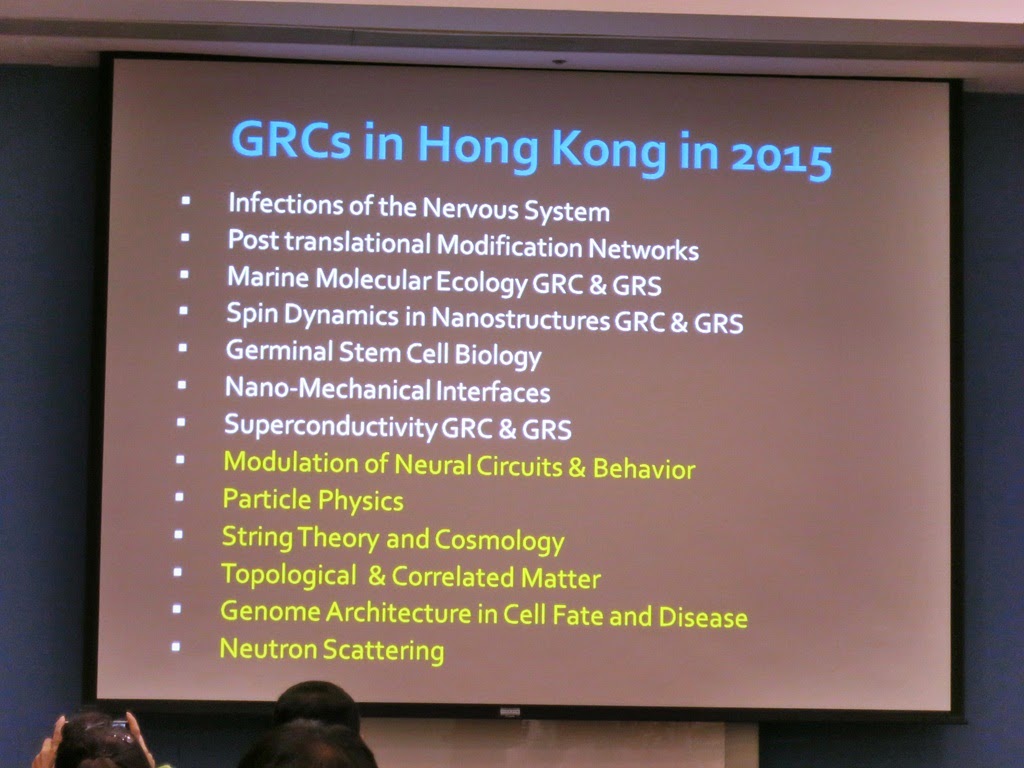 Prof. Edward A. Dennis (Distinguished Professor of Chemistry and Biochemistry and of Pharmacology in the School of Medicine at the University of California at San Diego (UCSD)) was the second speaker and his topics included “LIPID MAPS and Fats in your Blood”, “Infection Generates Lipid Mediators & Fluxes”, “Fish Oil Omega-3 Fatty Acid Functioning” and “Influenza Virus Pathogenicity in Mice & Man”. 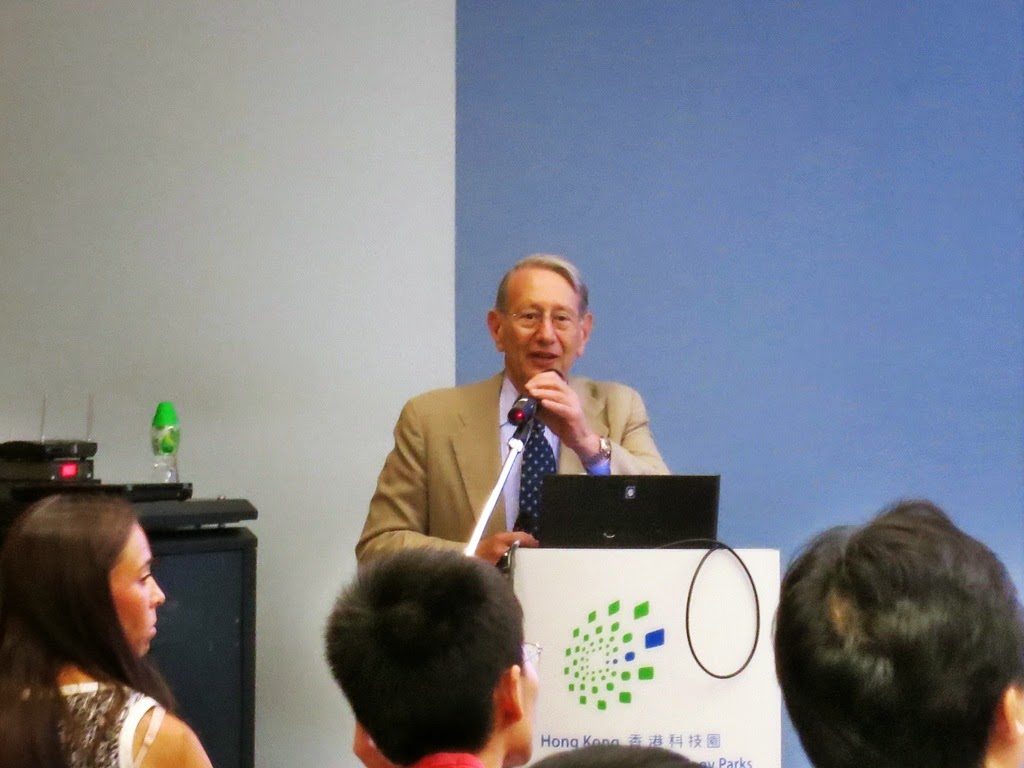 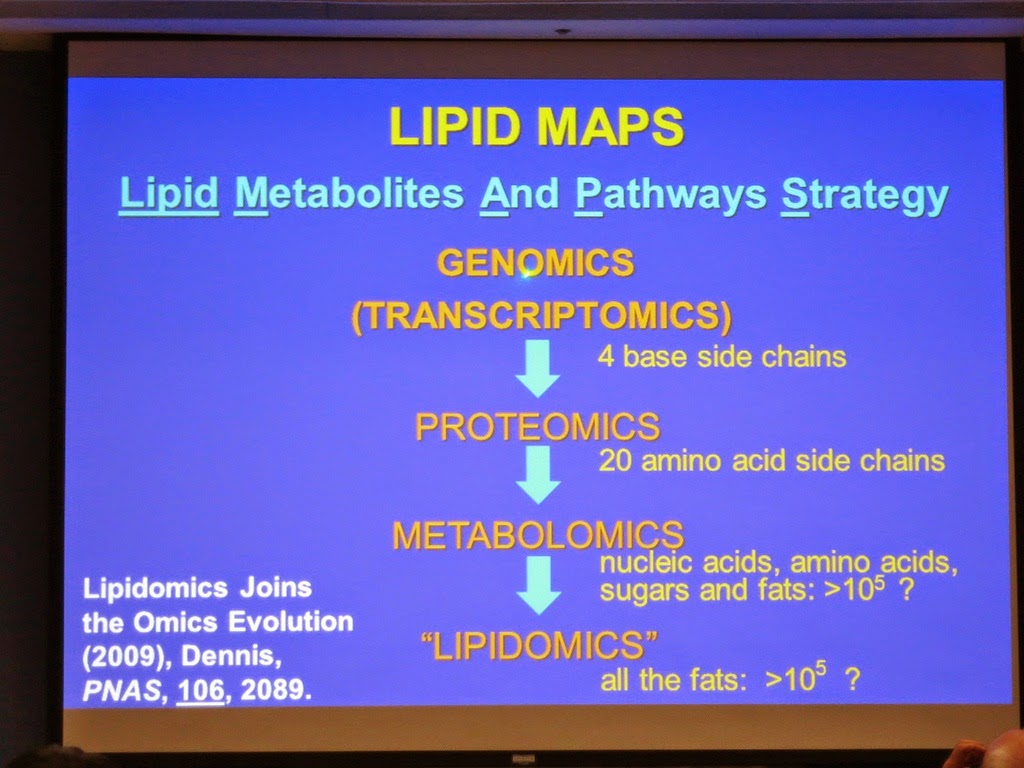 The diagram named Macrophage Lipid Metabolism showed that people eat too much would cause increasing Sterols. Acetyl CoA would transfer to ATP or Fatty Acids. 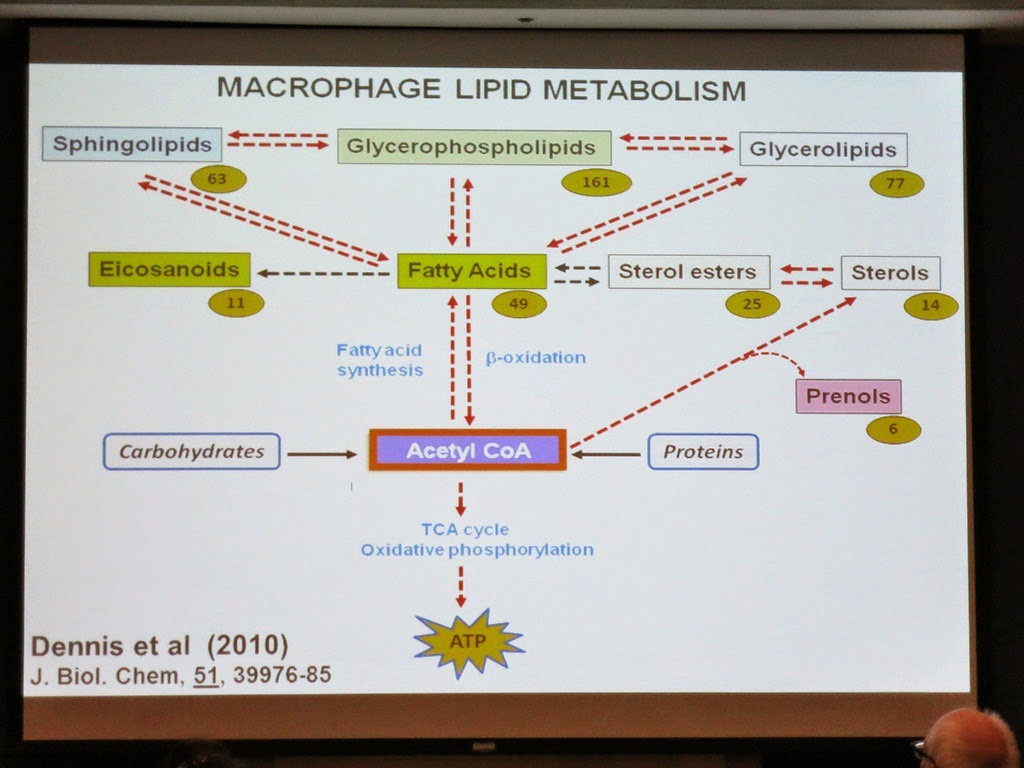 The beneficial lipids in Fish Oil was mentioned and two important acids named Eicosapentaenoic Acid (EPA) and Docosahexaenoic Acid (DHA). Many formulated mike powder claimed to contain DHA which was more abundant than EPA in the brain. 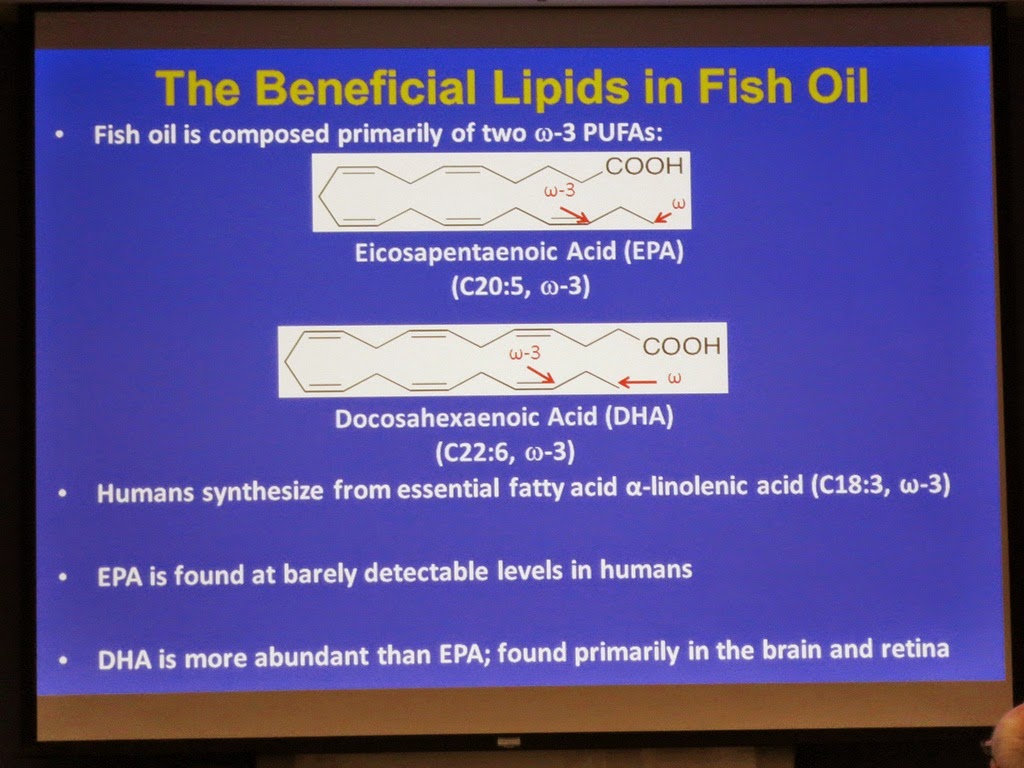 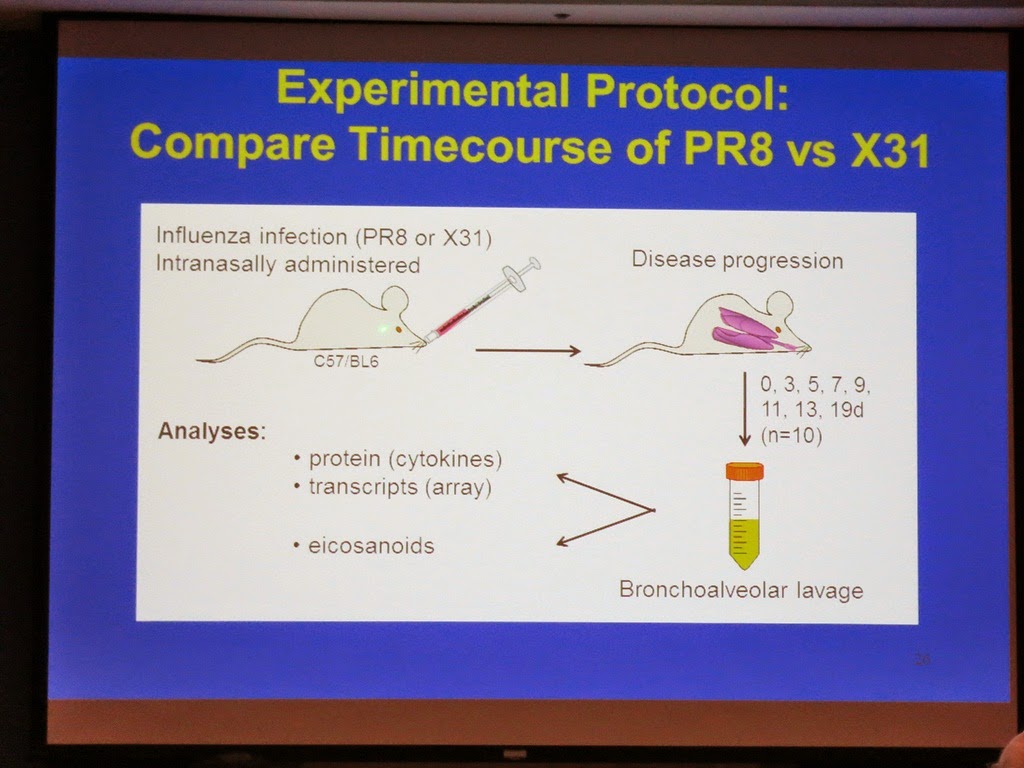 The last slide demonstrated how Lipiomics (Identification of changes in lipid mediators) help to identify the treatment of severe influenza. 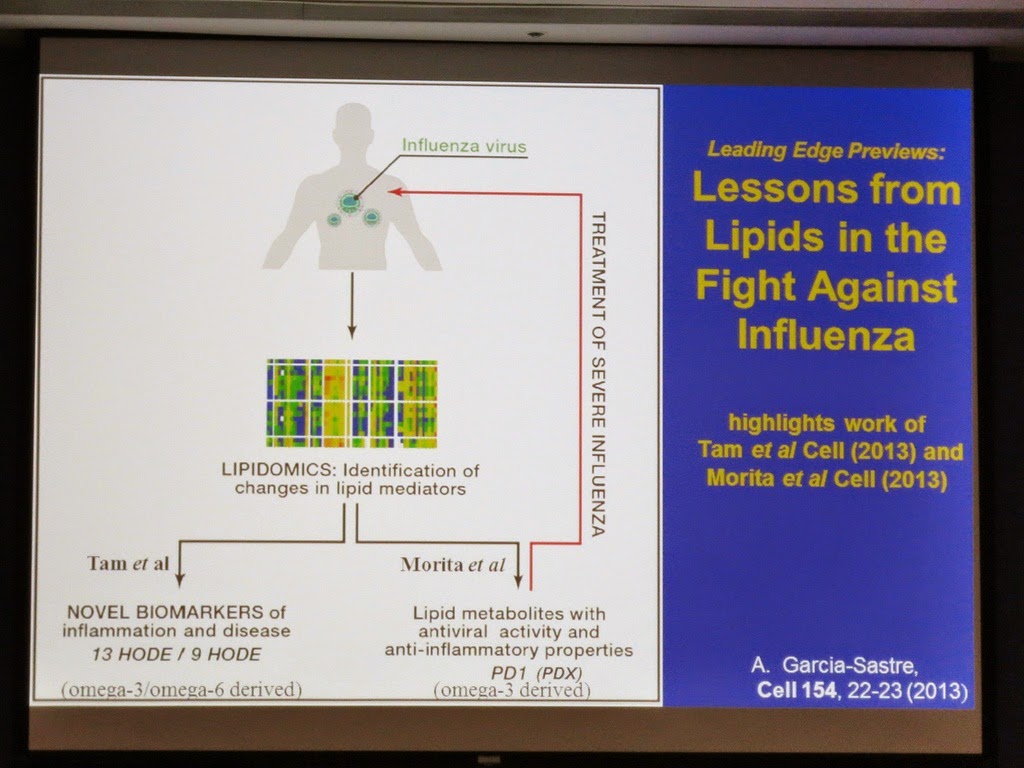 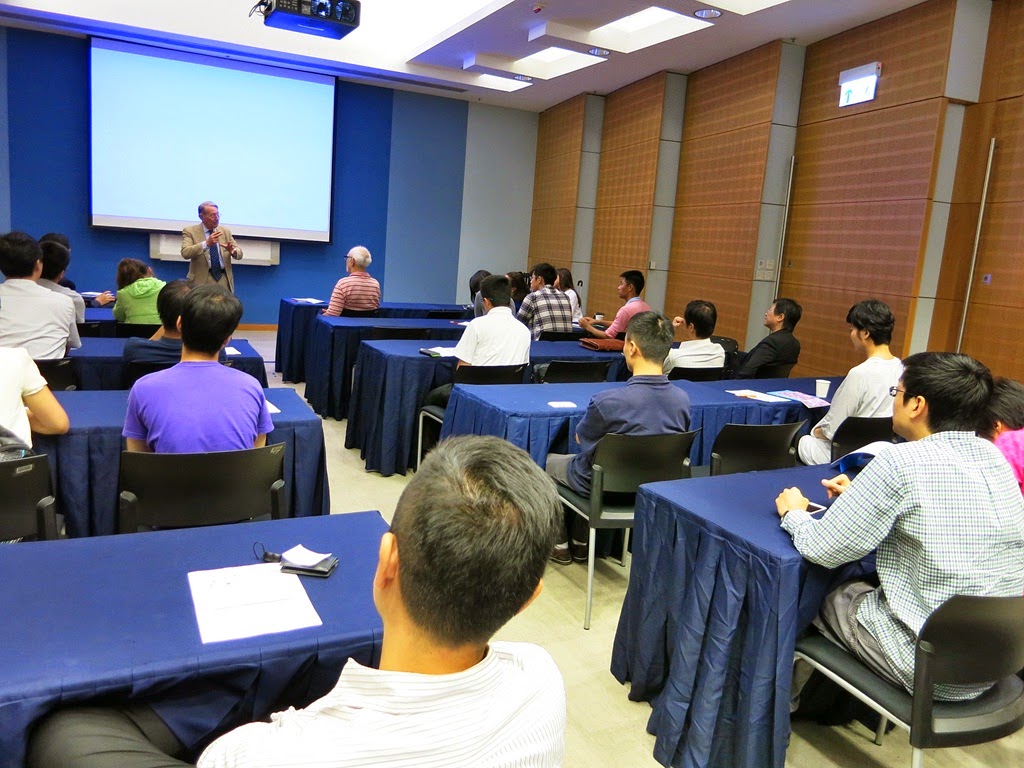 Before end of seminar, I took a photo with Prof. Dennis (Middle) and Prof. Mary WAYE (Professor, School of Biomedical Sciences, CUHK) for memory. 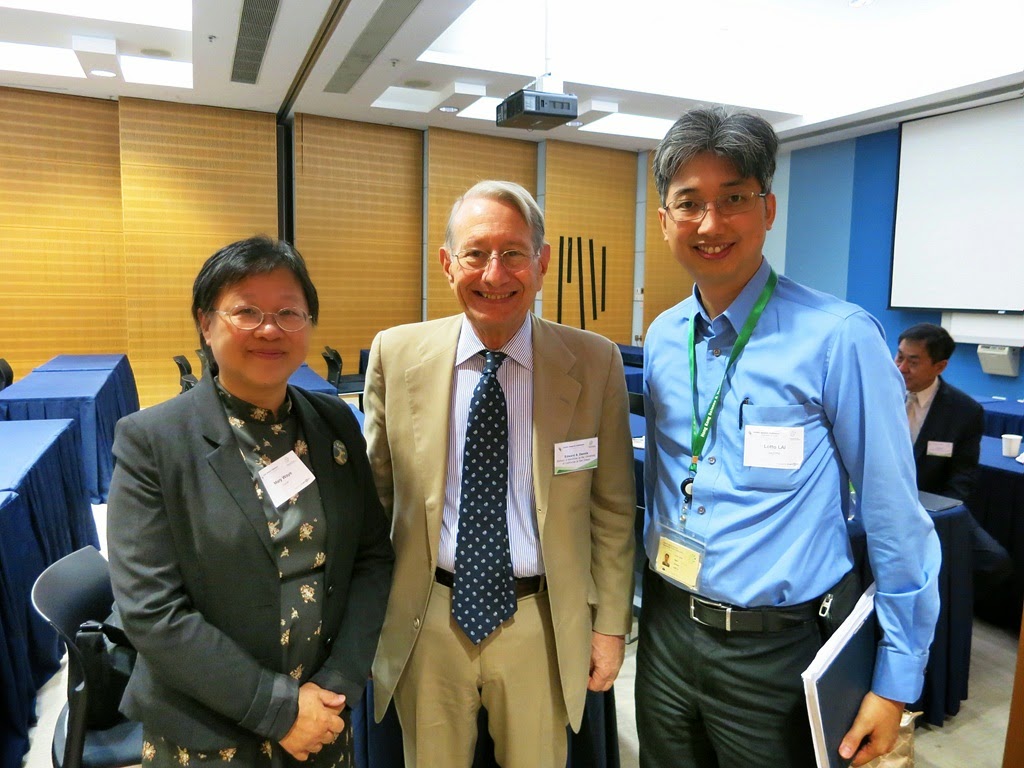 During the Networking Coffee Break, I recognized Chris Lloyd (Operations Director, Leodan) and Chris Thomas (Managing Director, Leodan). They were applying to move in Hong Kong Science Park. Moreover, I found interesting in their product called LabMap which employed RFID technology for controlling laboratory samples at down to -86oC. 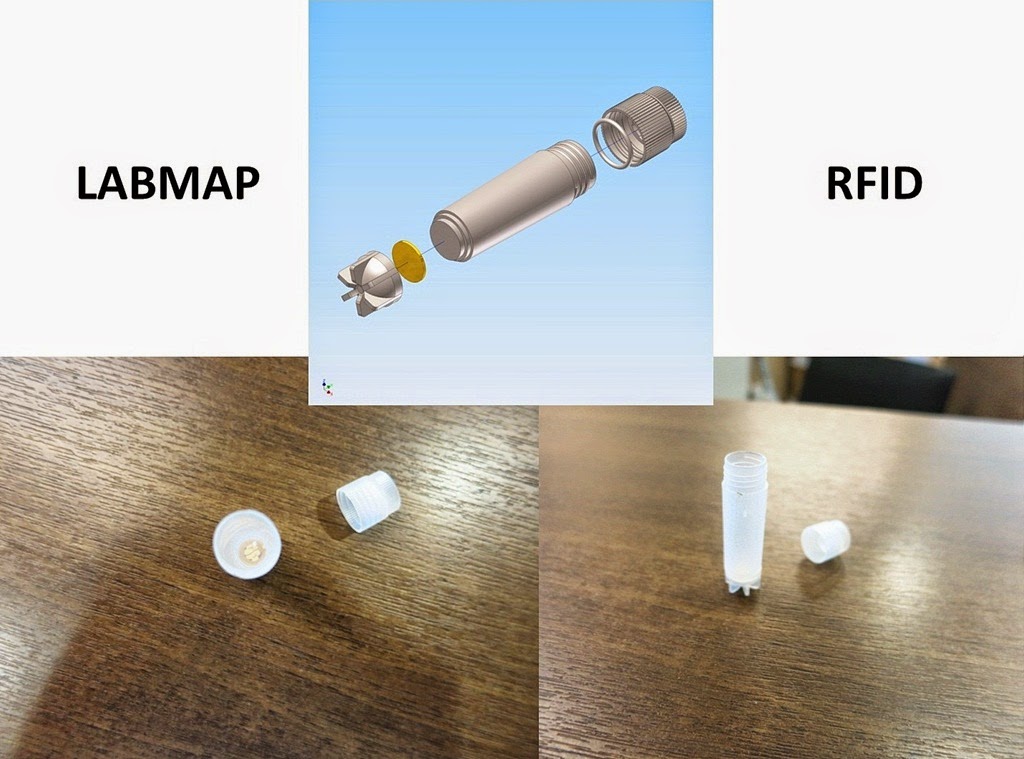 Dr Lai, I came across your blog today. Great writing! However, I wonder if it is appropriate to post images of other people's slides on your blog. It may not be proper unless you have the speakers' consent. I am sorry this may come across as being over-sensitive, but the legal issue behind this cannot be ignored.

Dear Dr Lai, just came across your blog today. Thank you for such a nice and informative blog! However, I wonder if you know it is not legal to post other people's seminar slides on the internet, without their prior consent? Just don't want to see you get in trouble.

You are right. However, I have already told Prof. Edward Dennis during the seminar. Moreover, I sent this link to him for memory.