Symposium on High-performance and Emerging Technologies 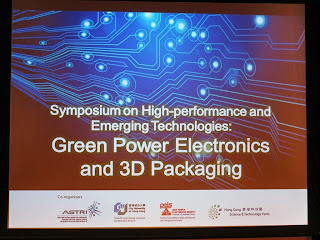 Prof. Henry Chung (Chair, TC6 of IEEE Power Electronics Society) gave a welcoming remarks. He introduced PELS and brief the program. He added the society would arrange more technical events on Power Electronics in near future. 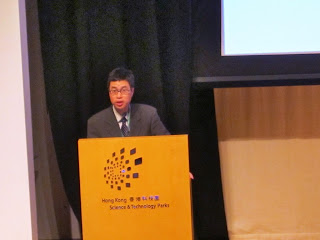 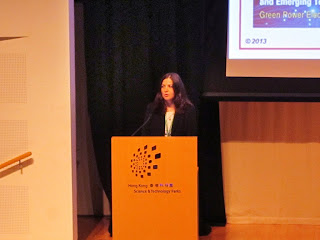 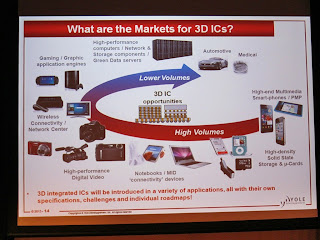 Then Ms. Becia briefed different characteristics of Patents Filing for 3D IC Technology. Patents in domain mainly filed by firms or universities that located in USA was 56% and Korea was 18%. These patents were mainly extended in USA, China, Korea, Taiwan and Japan. Top 10 inventors for 3D IC Patents were belong to TSMC, StatsChipPAC, Micron and Samsung. Finally, she concluded that a significant growth for 2.5 / 3D IC and other TSV based applications were observed. 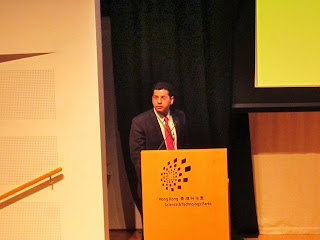 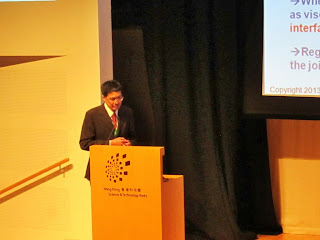 Mr. Chen briefed three projects which demonstrated the trend going to high power and integration. He concluded that high temperature stable conductive joint was one of the focuses in the application of power modules. Dielectrics with higher thermal conductivity were also be the key materials. At the end, he introduced Wide Band Gap Power Electronics Consortium (WPEC) for more information. (http://wpec.org.tw/eng/) 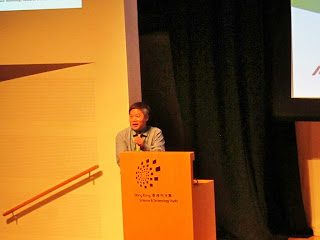 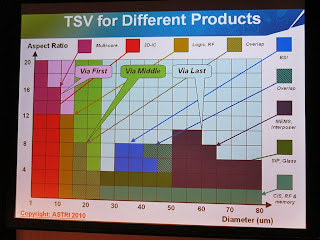 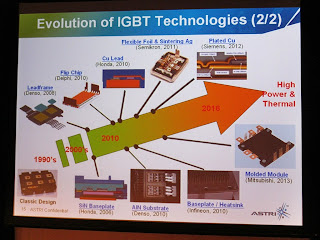 Dr. HL Yiu (Head of Electronics Cluster, BDTS, HKSTPC) was the last speaker in the morning session and his topic named "Infrastructure and Support at Hong Kong Science Park for the Development of 3D IC Technology". 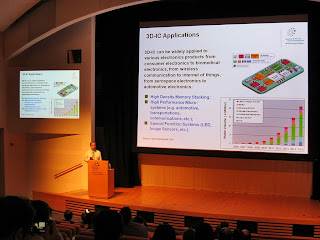 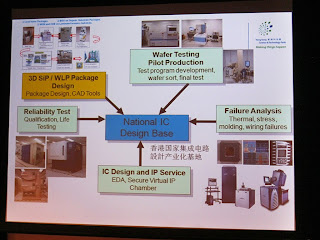 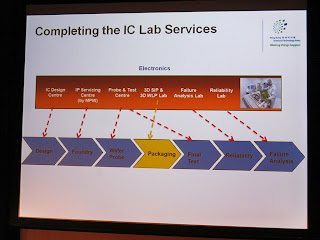 Because I was in-charge for another seminar and missing the afternoon session.

Prof. Ricky S.W. Lee (Professor of Mechanical Engineering and Director of Centre for Advanced Microsystems Packaging, HKUST) was the speaker in afternoon session and his presentation entitled "Emerging Trends of Packaging Structure and Interconnection for Microelectronics"