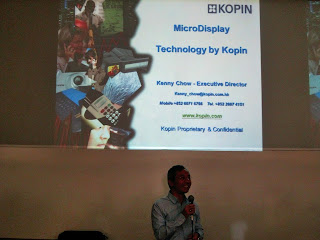 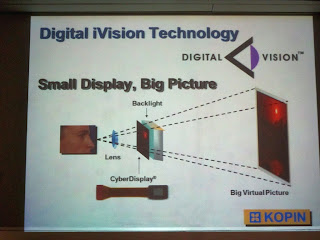 Then he introduced Binocular Display Module (BDM) as the Plug-and-Play Solution for Video Eyewear. BMM considered the Interpupuillary Distance (IPD), Exit Pupil Size and Population. The background optical theory was showed in the following diagram. If the lens set to 400 degree, people with 300 to 500 degree short sighted could use this product. 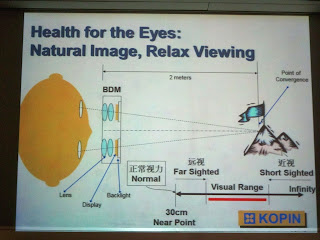 At the end, Mr. Chow shared his view on Technology Innovation. He said the business model to push the product from material technology to Human Technology in the past was not suitable now. It should be started from Human Technology and pulled the demand from Material Technology. 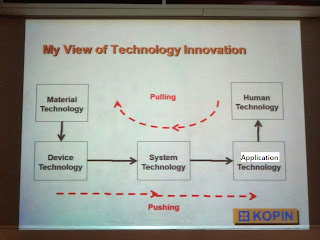 He explained the pull model was needed because of the technology over flow. Eventhough you had a new technology to fit market demand, it was not enough because many other substitution technologies were existing. 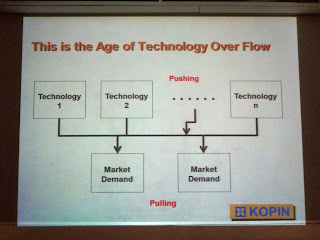 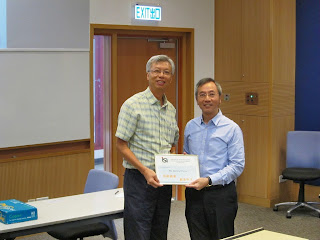 Dr. Victor Lo (ISI) was the second speaker and his presentation named "The development of a new innovation model in Hong Kong". In the beginning, Victor introduced the Kano Attribute Model and briefed the "Excitement Quality" as result of innovation product. In the Industrial Engineering, Efficiency and Effectiveness were focused which included people, money, knowledge, information, equipment, energy, material and process. 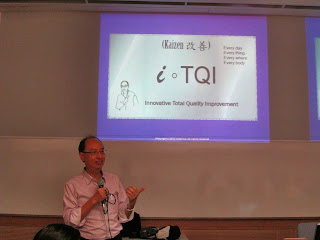 Then Dr. Victor Lo defined the innovation which needs from users were fulfilled by new things plus function(s), then created value. His another comment on Innovation "Innovation is beyond the scope of own expertise, removing their prejudices to learn from the outside world." (In Chinese "創新是超越自己的專長範疇，拋開成見向外面的世界學習。") 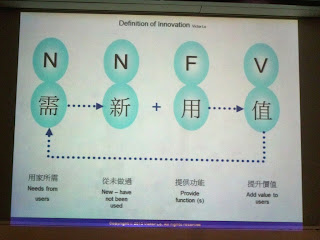 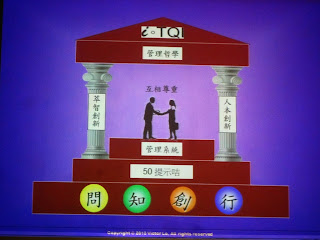 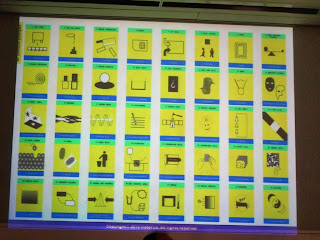 The model was implemented through 50 flash cards under the Innovation Map. 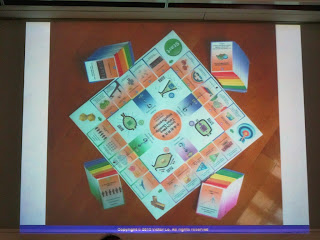 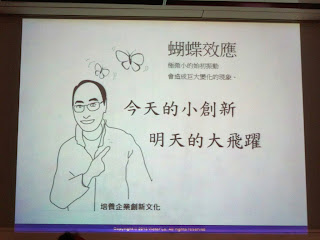