I attended MA TRIZ Certification Level 1 Training on 19, 20, 26 & 27 April 2013 which organized by Institute of Systematic Innovation, Hong Kong. I would like to summarize my study below for sharing. 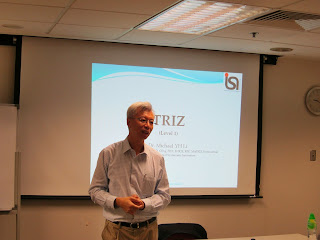 Day 1 (19 April 2013)
In the beginning, Dr. Li introduced The International TRIZ Association (MATRIZ) with 5 levels of certified TRIZ Specialist and briefed the development of TRIZ. 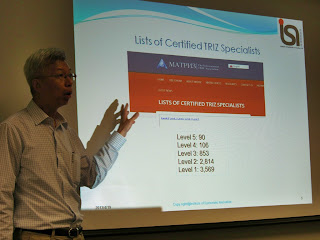 TRIZ is Theoria Resheneyva IsobretateIskehuh Zadach (Theory of Solving Problems Inventively). The father of TRIZ was Genrich Altshuller (1926 - 1998) who was a discovery of a talented patent examiner for the Russian navy.

Dr. Li mentioned five basic concepts of TRIZ included Functionality, Contradiction, Ideality, Resources and Pattern of Evolution. Then he quoted a statement from Peter F. Drucker (1995) that "Every organization - not just businesses - needs one core competence: Innovation, and ever organization needs a way to record and appraise its Innovative Performance". 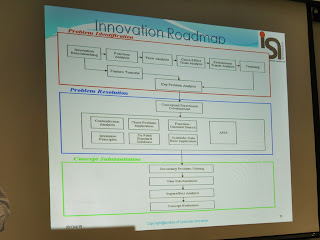 During introduction of some successful and failure innovation product. The Segway PT which was a two-wheeled, self-balancing, battery-powered electric vehicle, was mentioned. I have an experience to stand on Segway and took a photo during my EngD Graduate. 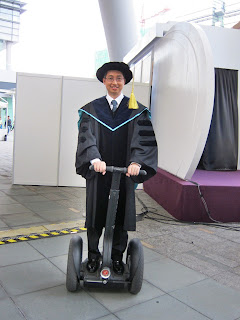 Some roadblocks to innovation were discussed such as Historical Mindset, Need for Instant Answers, An Impatient World, Resistance to Change, Change is Threatening, Poorly Defined Problem or Objective, "Not Invented Here" Syndrome, Habits, Past Experiences, Inability to Accept Risk, Peer Influences and Rejection of Past Ideas. But TRIZ would help us to break our Psychological Inertia by seeing things from many different views. 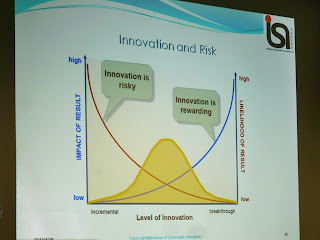 Innovation was not a flash but a connected process. When compared Random methods (e.g. Trial and Error, Brainstorming, etc.) and TRIZ, it was found that TRIZ used patterns and predictive knowledge and structured principles to find out the most ideal ideas in narrower range. 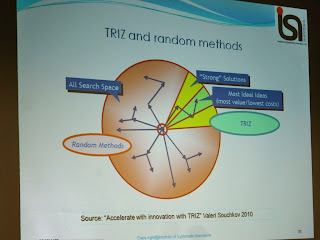 The 9 Windows model was a tool for multi-screen thinking in Time and Space. Supersystem could be Environment, System was an object and Subsystem was a component. 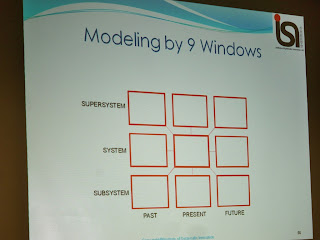 TRIZ process was Analysis Problem, Generation New Ideas and Selection of Best Ideas. TRIZ transferred a specific problem to a general problem and found a general solution.
The 9 Windows model was a tool for multi-screen thinking in Time and Space. Supersystem could be Environment, System was an object and Subsystem was a component.

At the end of Day 1, Dr. Li introduced Function Analysis. Function definition was stated that "An action performed by one Material Object to Change parameter(s) of another Material Object or Maintain parameter(s) of another Material Object which otherwise the relevant parameters will be changed". There were three stages: Component Analysis → Interaction Analysis → Function Modeling. Using the 9 Windows could identified system, system components and supersystem components. Then it need to use a matrix to identify each components interactions (e.g. "+" in the table means interaction component 1 and component 2. If "-", both components were no interaction.) Function modeling provided a functional representative of an system in a simple words such as CAR (Function Carrier) MOVE (Action) PEOPLE (Object of the Function). The goal of Function Analysis was to clearly identify and evaluation functional advantages and disadvantages of the system. 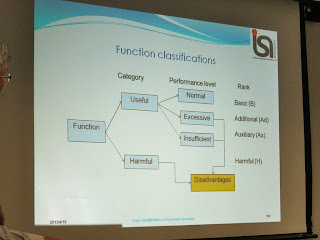 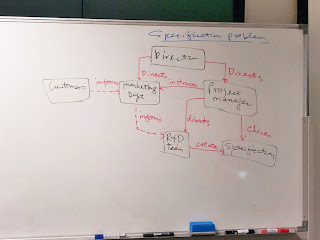 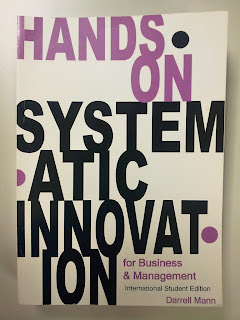 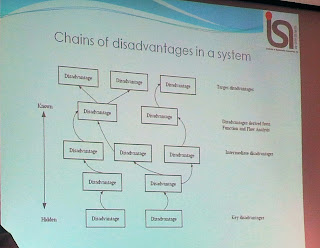 The last topic in Problem Identification was Trimming. Trimming was based on improving a system by reducing the number of components and simplifying the system to achieve Simplicity Design. There were several objectives of trimming, but not limited to, "Eliminate negative functions", "Reduce cost", "Reduce complexity", "Improve performance / throughput" and "Toward increasing Ideality."

One of method named "IF ... THEN ... BUT" could identified the technical contradiction. For example, IF a mobile is larger, THEN it can display in larger screen, BUT it will be heavier. (Screen Size (+) vs Weight (-)) 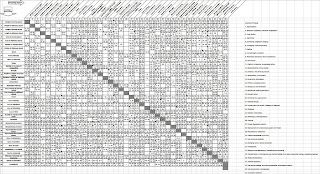 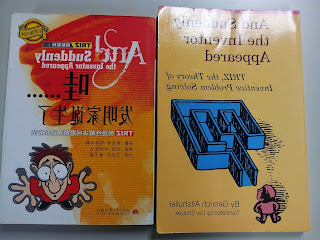