Mr. KT Ting (General Manager, Market Research Business, HKQAA) introduced the background of the BFA Management System and briefed BFA became a global trend in the development of big cities. Mr. Ting explained why BFA so important in our company. There were four dimensions to be considered including 1) Meaning, 2) Need, 3) Method and 4) Consequence if not perform. 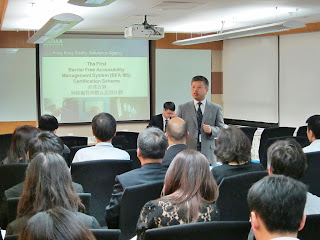 He said there were over 363,000 persons with one or more than one type of disability and the number of people aged 65 years and above was 980,300 in 2013. Moreover, China including Hong Kong entered the United Nations Convention on the Rights of Persons with Disabilities on 31 August 2008. The following diagram showed the Accessibility for the Disabled - A Design Manual for a Barrier Free Environment. 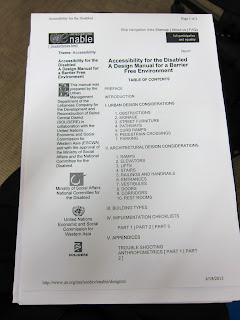 Then Mr. Ting introduced a legal requirements related to BFA below.
- Building (Planning) Regulations (Cap. 123F) - Buildings to be planned for use by persons with a disability 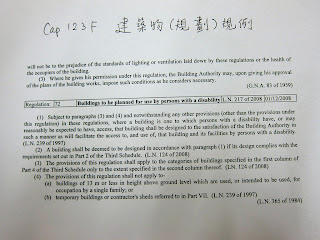 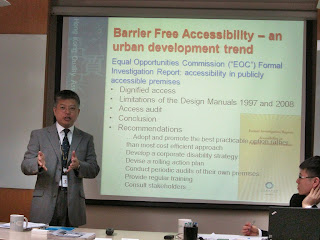 After that Mr. Johnny Leung (Assistant Manager, HKQAA) briefed BFA Management System Certification. The scope and boundaries of the BFA MS should be defined such as all sites or selected sites but the use of certification for publications and promotional items should be ensured without causing reasonable doubt or confusing to stakeholders. BFA MS framework adopt PDCA cycle and ISO 9001:2008. 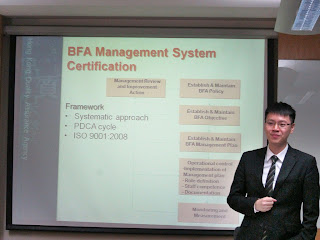 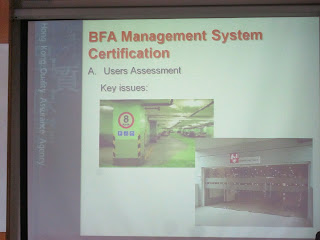 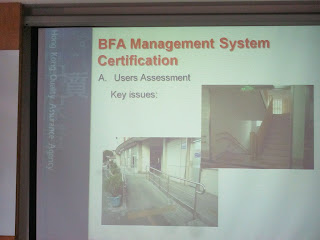 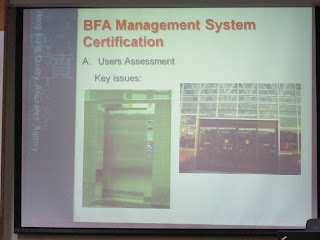 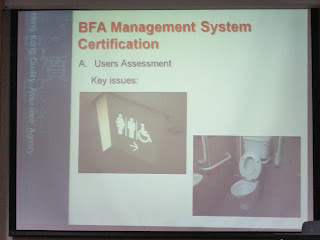 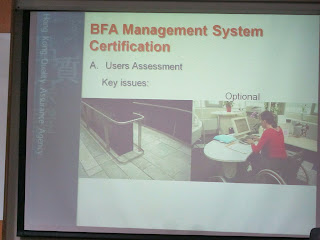 After attended this seminar, I would like to response four dimensions suggested by Mr. Ting.
1) Meaning (Demonstrate Corporate Social Responsibility and Sustainability; Increase employment of people with disabilities as social enterprise (e.g. HKQAA))
2) Need (Legal requirement and Global Trend)
3) Method (BFA MS Certification and Pilot Scheme) and
4) Consequence if not perform (Risk of discrimination claim) 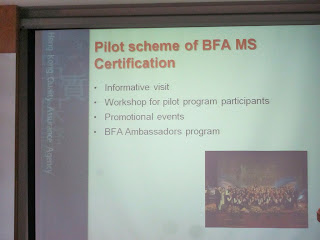