The HKSQ Company Based Student Project Competition offers an opportunity for students to work on an actual industrial case and propose resolution annually. This allows them to gain experience of resolving an industrial problem. The competition included three sessions. The first session was problems selection which problems were designed and explained by sponsor company (e.g. Techtronic Industries Co. Ltd. (TTI) in 2013). The second session was factory visit and the last session was presentation of suggested solutions.

The second session - plant visit was held on 8 March 2013. Mr. Karson Chui (Chairman, HKSQ) led the visit and briefing the rule of that visit. 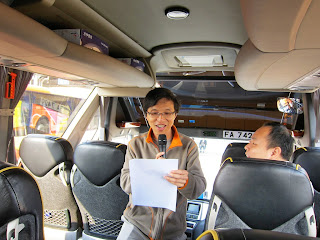 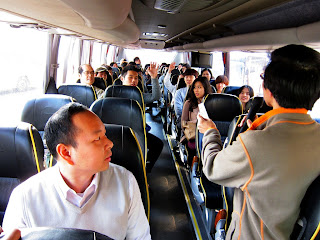 Then Mr. Derek Kung (Manager, Quality Management in TTI) introduced the TTI plants and schedule of the visit. 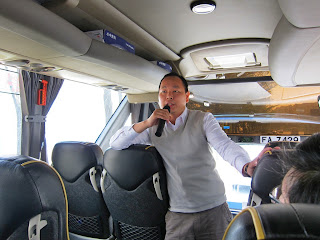 In the conference room, TTI's representative briefed TTI Asia Industrial Park milestone from 2006 to 2011. The China manufacturing and Innovation Campus was mentioned that Factory Area had 144K sq.m with around 900 R&D engineers. They employed "Kaizen" to improve the productivity from LINE to CELL production line arrangement. The significant improvement results were obtained such as labor headcount (-20%), Production Space Saving (-15%), Changeover time (-10% to -50%), etc.

Tech Centre was near China manufacturing and Innovation Campus which aimed for testing and Measurement of the product such as Reliability and Regulatory Laboratory (UL certified). 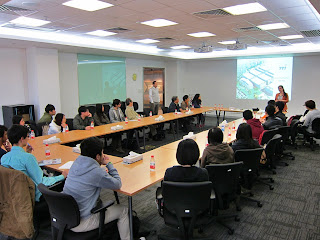 The plant tour was started. Inside the plant, photography was not allowed. 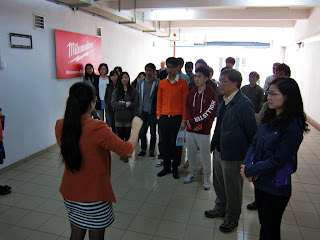 After that we went to the show room and Derek briefed their products and brands. 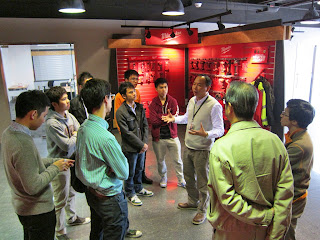 We had lunch in the staff canteen which was no discrimination (Whatever CEO, managers or workers). 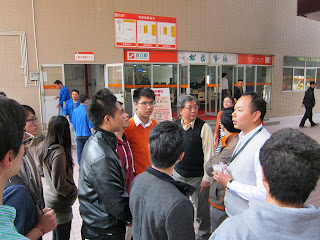 Our students enjoyed the lunch. It was self-service like a buffet. 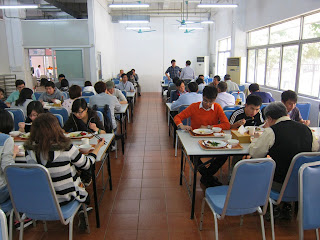 Dr. KS Chin and I took a photo for memory. 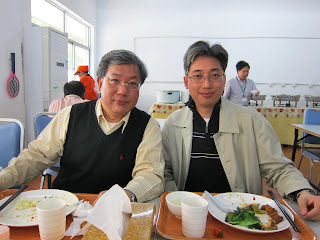 In afternoon, different student teams were separated to discussed the problems and observations during the tour with different group leaders in TTI. At the end, our chairman presented a souvenir to Derek. 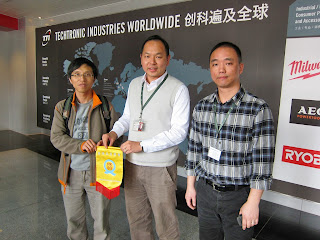 A group photo was taken for memory. 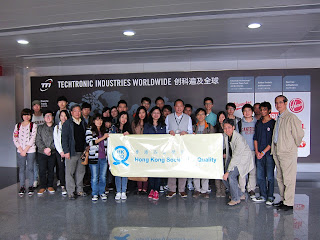 Another group photo was taken in front of TTI Innovation Centre. 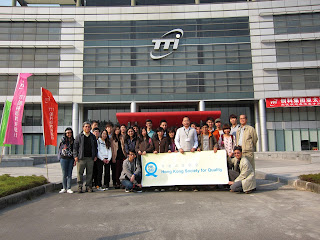