I represented Hong Kong Society for Quality (HKSQ) to attend the Hong Kong Council for Testing and Certification (HKCTC) Consultation Forum on 27 November 2009. 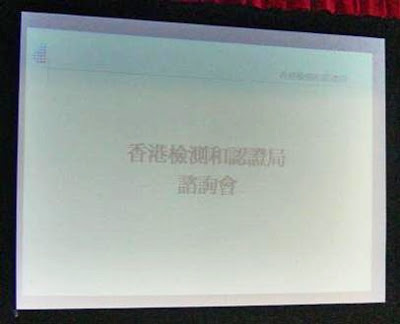 Prof. P.C. Ching (Chairman – HKCTC) introduced the background of HKCTC and briefed the differences between Testing, Inspection, Certification and Accreditation.
The consultation forum aims to collect and exchange views from the testing and certification industry, major stakeholders and the public on the opportunities and challenges faced by the industry and the strategies to be developed for strengthening the capacity and capability. 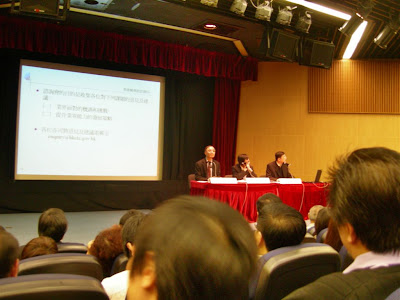 During the forum, needs and suggestions from different parties were shared, which would assist HKCTC to develop the related strategies. On behalf of Hong Kong Society for Quality (HKSQ), I appreciated the opportunity to share some ideas created by our members as follows:i) As many manufacturers in HK/China have to follow EU or USA standards for their business, instead of developing HK own standards, harmonization of the standards globally could be useful.ii) HKSQ concerned about the manpower development and practitioner training to support the long-term development of the Test & Certification industry. To develop a long-term plan, it is suggested HKCTC works with the UGC/IVE. Further, I shared my experience on testing & certification training to undergraduate. It is the fact that students understand the technical knowledge about testing in their undergraduate education. However, they could not demonstrate their insight of management system.
Some suggestions and discussion are summarized in several categories such as Policy, Education, Technical Aspects, etc.

Policy Suggestions / Discussions:
Hong Kong Jewelry Manufacturers' Association Limited (HKJMA) representative suggests both the capability in their industry and the industry status in the world should be improved and enhanced respectively.

A representative from a food company pointed out that oversea buyers are lack of awareness of the recognition of HOKLAS endorsed report. Mutual recognition of such test reports with oversea government was encouraged to enforce. He also shared that the pricing of testing of oversea laboratory was lower than that of local laboratory.

A cigarette company representative indicated that local assessor is not available for cigarette ingredients test. Moreover, the tax of cigarette samples for testing was suggested to waive.

Modernized Chinese Medicine International Association (MCMIA) representative mentioned the difficulties of TCM testing especially for TCM ingredients. Harmonization of test standards was emphasized. In addition, testing cost was suggested to consider as it was high to the TCM industry.

Bio-tech lab representative said they had developed different CRM/RM for the industry. He suggested unique techniques for niche market should be developed.

One participant raised it would be a great challenge to the industry to face complaint increased gradually after public has increased the awareness of testing and certification.

Another participant suggested supports should be provided to industry through land, rental, utilities such as electricity and water through sponsorship programs.

The Hong Kong Jockey Club’s Racing Laboratory representative shared that the training on analytical chemistry to undergraduate students was found not sufficient.

An international listed company representative affirmed the direction to develop the recognized qualification for testing engineer / specialist should be defined by HKCTC.

Technical & Other Suggestions / Discussions:
One of certification bodies’ representative requested alignment between HKAS and CNAS for certification service could be developed such as CCC. He also suggested to develop the carbon footprint and GHG certification scheme.

Internet Professional Association (iProA) representative stated awareness on software testing should be enhanced, based on different standards such as ISO 9126, ISO/IEC 15939 and IEE 829, etc.

IEEE's Product Safety Engineering Society representative advised that calibration services of some specific equipment was only available in overseas, such as calibration of LED, Photonics, plastic hardness, etc 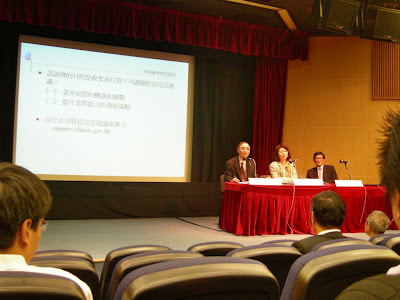 Finally, Prof. Ching summarized today’s discussions to three infrastructure establishments as follows:
i) Development of human resource
ii) Improvement of laboratory equipment and test methodology
iii) Promotion Hong Kong testing and certification services to overseas
HKAS would try to participate in the development of international standards and make the industry known about the up-to-date information.

At the end, Miss Janet Wong (Commissioner of Innovation & Technology) said all factors of production including land & rental fee would be considered and discussed in the future.