The Executive Study Group (ESG) seminar 2018 – Leadership Seminar named “How to secure your jobs & business against AI disruption” was held by the ESG, Asia Pacific Institute for Strategy Limited (APIFS) and the Hong Kong Science and Technology Parks Corp (HKSTPC) on 8 May 2018.  During the seminar, I met my first boss Mr. Dominic Lam (COO, CMA Testing) and we took photo with Dr. Mark Lee for memory. 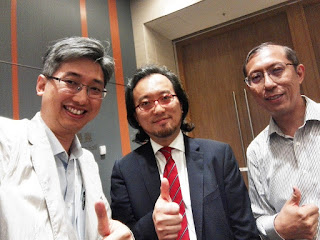 Then we also met Mr. Simon Hui (Past Chairman of CityU Eminence Society) and we took a photo in the hall. 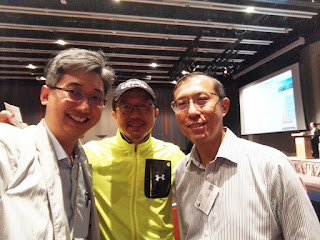 In the beginning, Dr. Mark Lee briefed the background of ESG and explained their learning method named "Connect and Develop" as he usually quoted Steve Jobs' statement that "Creativity is just connecting things." 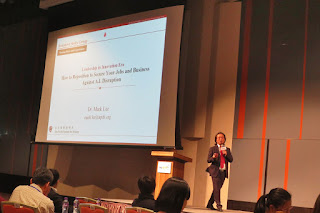 Firstly, he mentioned the stock prices of the world-level advertising agent “WPP plc” that decrease seriously because of time change and internet economic removed agents.  60% of occupations affected significantly by AI era.  Then he said the impact of automation was higher in the developed countries than developing countries.  He also quoted a local media company as example (Stock no. 1716). 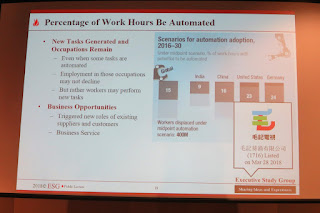 Dr. Lee said your job was high probability to be replaced if it was related to processing data, collecting data and predictable physical. 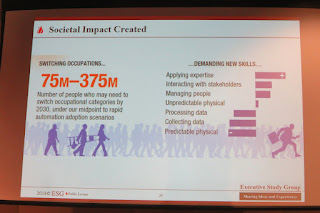 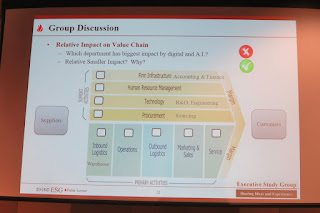 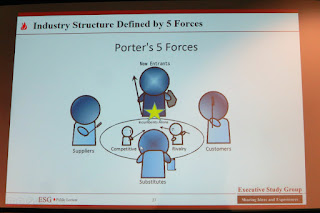 And then Dr. Lee briefed the first method was to understand your Industry Structure Wall and quoted Prof. Michael Porter (Harvard Business School) statement that “Industry structure drives competition and profitability, not whether an industry is emerging or mature, high tech or low tech, regulated or unregulated.”  Dr. Lee said positioning was the foundation of a strategy 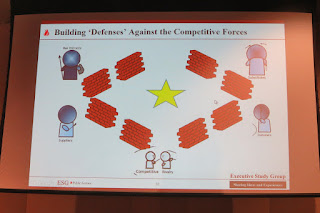 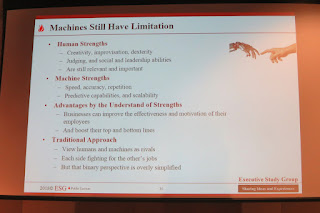 Dr. Lee suggested taking advantage of each other’s complementary strengths like a bridge between Human and machine. 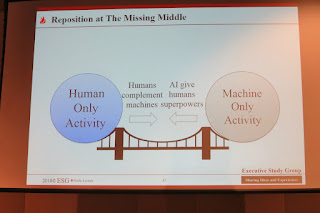 There would be some new position for human in this gap including Ambassadors, Trainers, Creative Directors, Explainers, Process Engineers and Safe Guards. 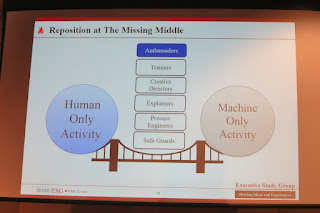 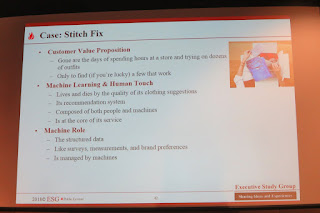 Another case was Koko in which we taught AI to be compassionate through machine learning.  Its objective was to talk people using the appropriate amount of empathy, compassion and maybe even humor. 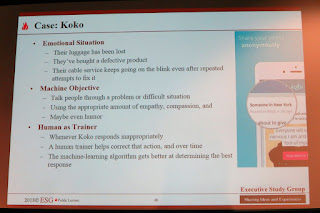 For the role of Creative Director, he used “Generative Design” to explain that AI could generative many different designs based on rules that you couldn’t imagine it. 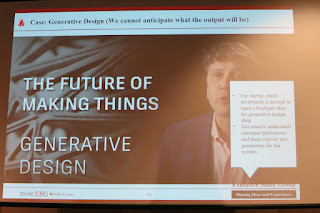 Then a group discussion was performed.  We discussed could HK industries applied “Generative Design” at basic level in 3 years.  Most people selected unlikely because of conservative culture. 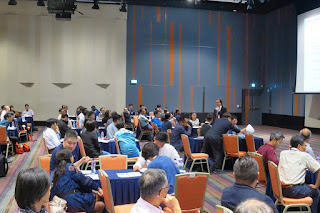 After that Dr. Lee raised some new jobs in AI era such as Algorithm Forensics Analyst who knew Local Interpretable Model-Agnostic Explanations (LIME) method.  They needed to explain why AI generated such conclusion based on algorithm. 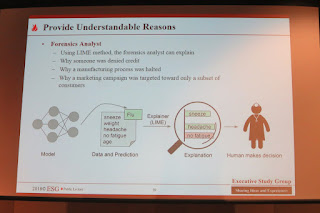 For the role of Process Engineers, it employed Augmented-Reality-enabled (AR) for technician’s workspace.  That was process change. 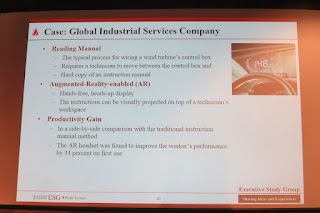 The last role was Safe Guards, they should ensure the proper use of AI, and avoid programming error.  Therefore, context designers were needed to have a overall (Big) figure. 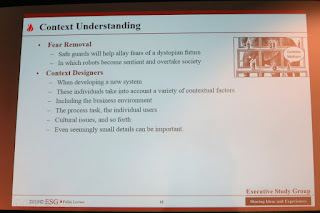 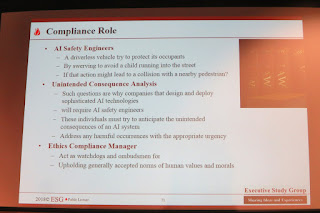 At the end, Dr. Mark Lee quoted Michael Porter’s foundation of a strategy as conclusion that (i) building defenses against the competitive forces or (ii) finding a position in the industry where the forces are weakest. 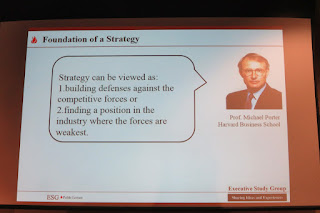