We are great that Mr. R. Srinivasan (Former Chairman, NIQR; Sr. GM – Operations, Natesan Synchrocones Pvt. Limited) and his family visiting Hong Kong and meeting Hong Kong Society for Quality (HKSQ) members.  My wife and I (Chairman, HKSQ) arranged a lunch in ClubONE restaurant in Hong Kong Science Park.  We took a photo during the lunch for memory. 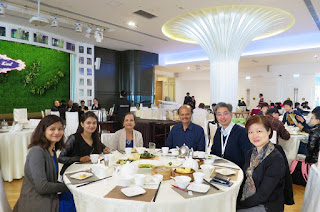 
During lunch, Mr. R. Srinivasan introduced the background of National Institution for Quality & Reliability (India) (NIQR) to me.  NIQR is more than 30 years old (established in July 1987).  NIQR structure is HQ and Branches in Chennai, Delhi and Pune, etc.   They provided different activities such as program for shop flow operation, Engineers and Managers on QA. Monthly lectures on various topics are provided by eminent personalities from Industry and two memorial lectures annually which made huge contribution to NIQR. The fellowships to their quality engineers are tied up with ASQ.  They also published bimonthly newsletter.
Finally, he introduced the National Convention 2018 and the theme named “Digital Quality for Disruptive Future” in the National Convention 2018 started in Aug.

After lunch, I led them to visit Science Park and our laboratories.  Firstly, we visited Green 18 building.  Sri Krithi took a photo with green robot. 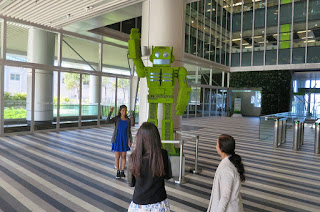 Mr. R. Srinivasan family photo was taken on the rooftop garden of the Green 18. 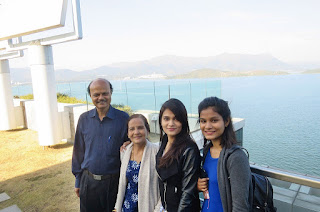 Then we took a photo in front of Golden Egg (Charles K. Kao Auditorium). 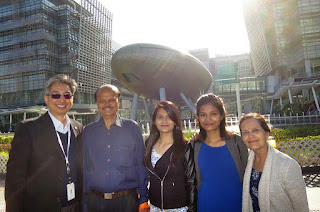 I led them to visit the inside of Golden Egg which was a lecture theater with 283 seats. 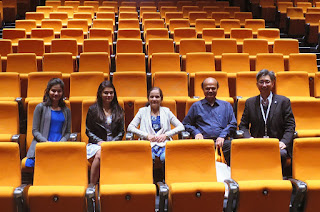 Insider the auditorium, there was a VIP room for speakers rest before their talk. 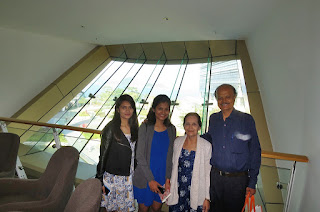 When we went to the laboratories, we saw fire drill and many people stayed in the assembly point and practiced the fire extinguisher. 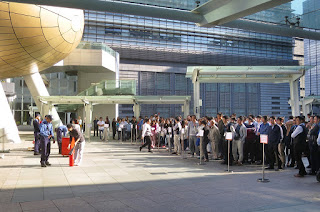 Mr. R. Srinivasan family took another photo in the back side of Golden Egg. 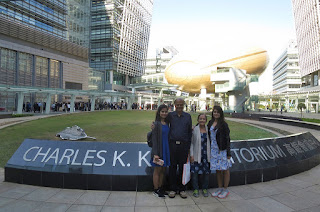 Then Mr. R. Srinivasan and I took a photo for memory. 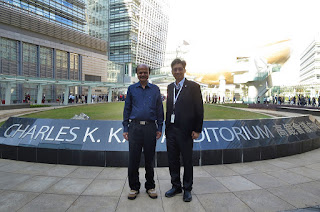 After that we visited the Probe and Testing Development Centre and took a photo in front of the clean room in which many wafer and IC testing under non-dust area. 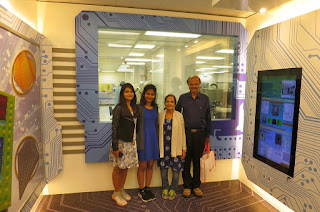 I also selfie with them for memory. 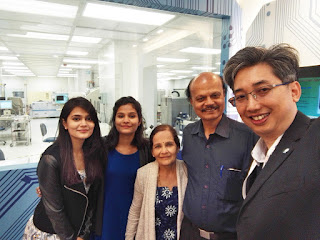 In the corridor, we could see the Golden Egg in other angles. 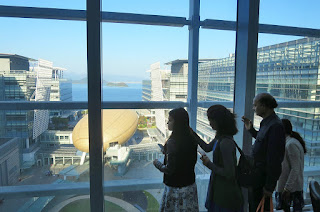 Finally, we visited the Reliability Laboratory and see our different ovens, as well as, our 3D printing machine.  They took a photo with our green robot which printed by our 3D printer. 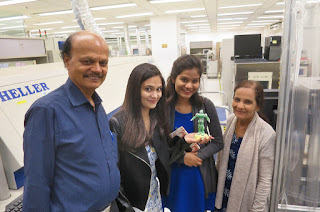 Thanks for Mr. R. Srinivasan and his family visited us and gave us much information about NIQR including year books and magazines, etc. 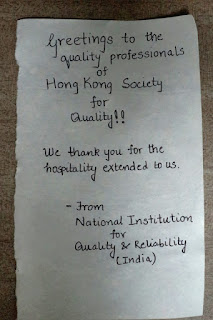