The Hong Kong Institution of Engineers (HKIE) – Manufacturing & Industrial Division and Biomedical Division co-organized the seminar named “When Electronics Meets Medical Science – A case study of biomedical research and development, from concept to business launch” on 11th Aug 2018. Lab-On-Chip (LOC) technology integrates one or several laboratory tests on a single chip of only millimeters to a few square centimeters to achieve a high-throughput screening. LOC enables us to deliver accurate assays with extremely small fluid volumes down to pico-liters, therefore, a microfluidic LOC platform was the dream device in environmental and biomedial sectors.  Before seminar, Ir. SC Ho (Immediate past chairman, MID, HKIE) presented a souvenir to the guest speaker Mr. William Yam, then took a group photo with committee members. 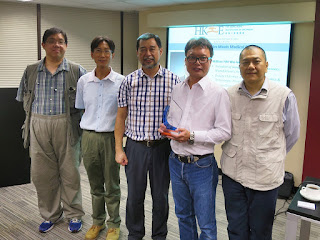 
Mr. William Yam (Founder of Sanwa BioTech Limited) was the guest speaker.  Firstly, he introduced manufacturing processes from components to assembly and then to micro technologies included micro-joining, micro-machining and micro-assembly. 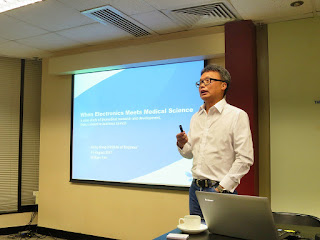 In order to cut the material sharply and high precision, laser micro machining was discussed.  Because different material absorption wavelengths were different, they could control the pulse and energy to achieve very precise requirement.  He also showed some examples such as the WT logo machining on a fly wing. 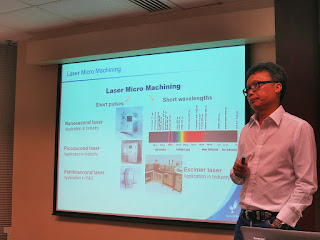 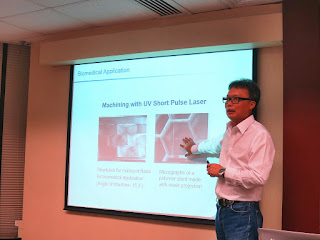 He also stated the smart LOC systems from 1st Generation to 2nd Generation and then to 3rd Generation.  He said one drop of blood would be detected different diseases and though internet for more different application in the latest technology. 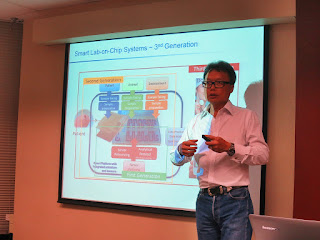 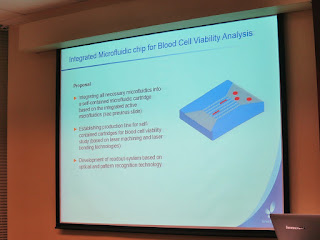 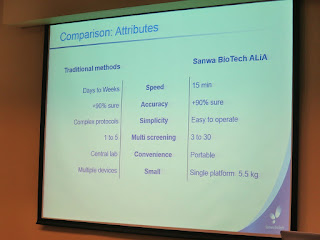 After the seminar, Mr. William Yam demonstrated some LOC to us. 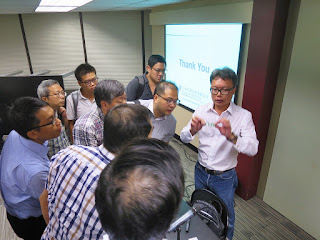