The seminar named “Artificial Intelligence and Future Society” (人工智能與未來社會) was organized by Jao Tsung-I Academy (饒宗頤文化館) on 26th Aug 2017.  The guest speaker was Prof. Yi-Ke Guo (郭毅可) (Professor of Computing Science, Faculty of Engineering, Department of Computing, Imperial College London) and this topic entitled “Data Capital, Machine Intelligence and Future Society”.  In the beginning, he introduced Imperial College London that small campus with Big Data.  Then he briefed his data science institute which acted as a focal point for coordinating data driven research at Imperial through stimulating cross-disciplinary collaboration. 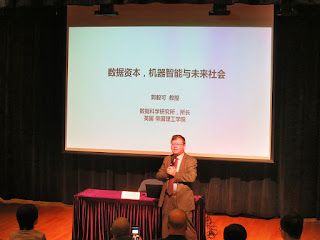 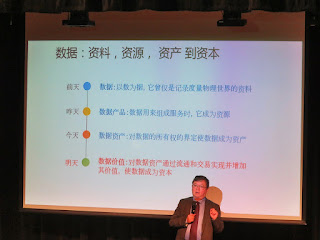 Prof. Guo also mentioned the information ero today and its technology ecosystem from cloud computing to internet, and then big data to AI.  The information service trend was to fit for customization. 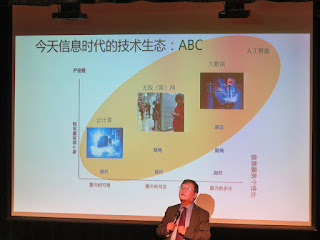 After that Prof. Guo discussed the economy model under Big Data.  Then he showed people daily life with different shared economy services in China.  Another example was the hospital decentralization through clinical social network. 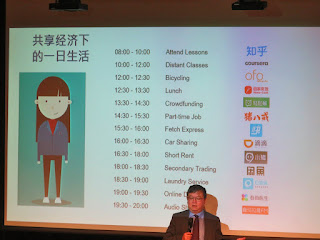 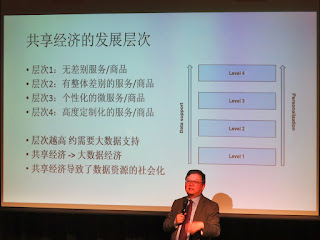 Prof. Guo said the data capital had several characteristics included non-competition, non-exclusive, accumulative, etc.  However, data capital itself was not product and it broke the traditional economic rules. 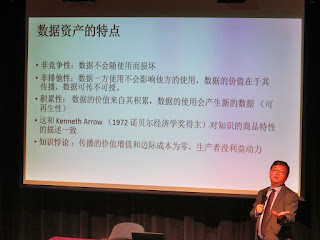 Then he stated the block chain that was a decentralization example.  It is model of Intelligent Contract that related to data capital exchange behavior and process.  Data capital ecosystem needed infrastructure facilities (e.g. cloud computing), new supply chain and public service. 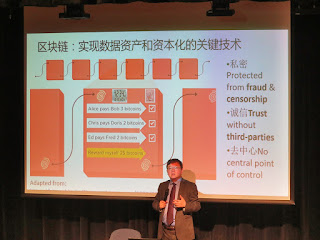 Prof. Guo foresaw that the Machine Intelligence would be growth exponentially.  He reviewed the development of AI from IBM Deep Blue in playing chess (1997) to Self-driving Cars (2005), and then to Jeopardy by IBM Watson (2011), Atari Games’ DeepMind (2014) and recently AlphaGo (2016).  AI breakthrough happened because of Big Data. 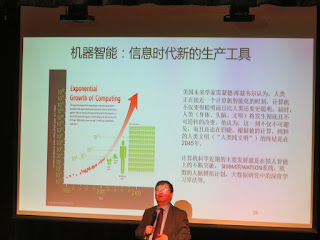 Finally, Prof. Guo shared one of his study that using AI to create poem from Li Bai poems database. And then he introduced one poem book named “陽光失了玻璃窗” and the author was AI. 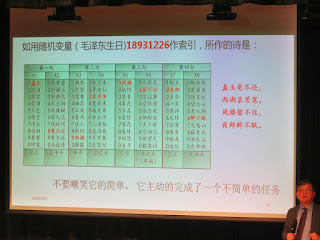 A new business model was caused by Machine Intelligence through Model, Data and User. 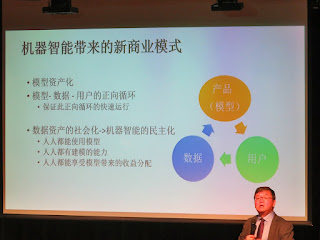 Lastly, it may achieve the ideal communism.  “Life is production” would be true because every people created huge data in their living activities. 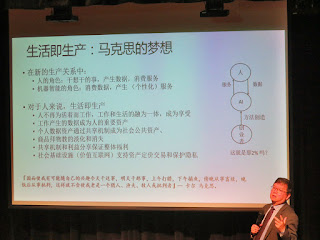 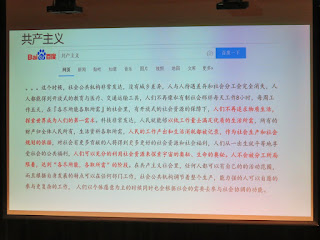 At the end, it was Q&A session and many interested question such as AI Buddhism to answer all questions about life.  Prof. Guo said Innovation was not problem solving only.  Human had two characteristics for innovation that were observation and induction. 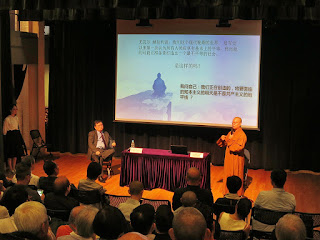