Visit to ASHK Office and Introduction of Extenics

The purpose for the establishment of the Academy of Sciences of Hong Kong (ASHK) (港科院) is to promote the development and advancement of science and technology in Hong Kong, and to raise the city’s profile as a centre of scientific excellence.  I met Mr. Terence S.S. Chan (Secretary-General, ASHK) in ASHK office in Science Park and presented a book named “Extenics” written by Prof. Cai Wen and Prof. Yang Chunyan. 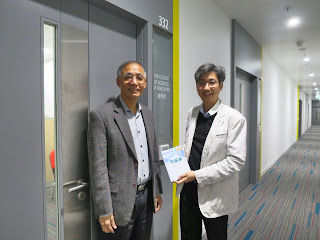 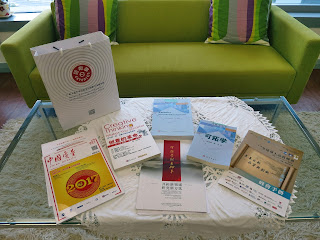 After that Mr. Terence Chan gave me some valuable comments as follows:
i)            Extenics theory could describe the problem through basic-element very clearly. However, the most important was its application in the industry.
ii)          It should be demonstrated the predicable value.
iii)        The presentation was suggested to minimize the mathematical part.  Only stated the model and how it came out the result in which solved the contradiction problem under innovative way.
iv)        It needed some success real cases to persuade industry.
During our discussion, I would present the simple version for university students and found some cases for implementation (e.g. To help incubatees in Science Park solving different technical problem) so as to accumulate some real cases for teaching.

At the end, Mr. Terence Chan gave me their recent research report named “Science, Technology and Mathematics Education in the Development of the Innovation and Technology Ecosystem of Hong Kong”. 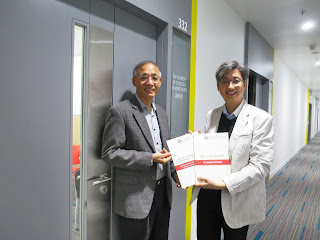