Mr. James Lawther (ASQ Influential Voice) was invited to post article as the Aug Topic of ASQ Influential Voice named "Creating a Performance Culture: What Not To Do". I agreed his point of view and quoted that “Cuture Eats strategy for breakfast” from Peter Drucker and “Drive out fear” by W. Edwards Deming. At the end, Mr. James Lawther would like us to discuss “What are you “dos” and “don’ts” of creating a performance culture?”
(Photo: Almost all HKSQ exco members attended the annual strategy meeting on last Saturday, indicating our commitment and performance culture.) 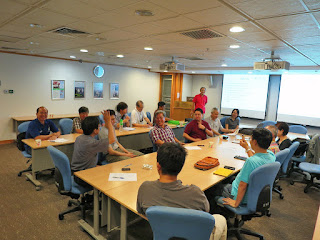 The first idea come into my mind of poor performance which caused by “Psychological Inertia”. People don’t like “Change”! I wrote an article before named “ASQ InfVoices - Law of Organizational Motion” which using Newton's laws described the organization behavior as follows:

- Newton's First Law: When an organization is steady or be moving to one direction, it is very different to change their state or direction again. It is similar to the Inertia of a body. The bigger the organization is (Mass↑), the more difficult it changes (Inertia↑).

- Newton's Third Law: Sometime too much force to change organization practice will cause bad results such as strike.

The second idea is to understand organization AS-IS culture first. In 2013, Mr. Kitson Leonard Lee who is Honorary Secretary of Singapore Quality Institute (SQI) gave a talk to HKSQ members and the topic entitled “Building a Culture of Service Excellence”. The Cultural Values Assessment (CVA) was the culture assessment tool which was developed from Maslow's Needs to Barrett's Consciousness. 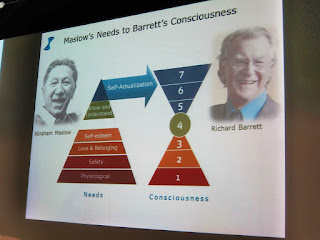 The 7 Levels of Organizational Consciousness was identified and Mr. Kitson Leonard Lee said that culture of organization was a reflection of the values and beliefs of the current leaders. So cultural transformation began from personal transformation. 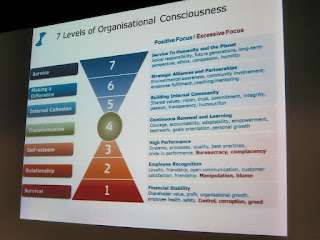 Recently, my division performed “Team Synergy and Creative Problem Solving Workshop”. The trainer employed DiSC Personality Profile to let us know our colleagues’ characteristic. The trainer separated us into four groups based on our character we think. Firstly, he asked us to separate into two groups between Active (A) and Passive (P). After that each group separated again into Task-oriented (T) or People-oriented (P). Then the four group would be AT – Dominant (D), AP – Influencing (I), PT – Compliant (C), and PP – Steady (S). Their characteristics were summarized in the following table.

Therefore, I believe to establish Performance Culture. The first step is to understand yourself and your colleagues (meaning AS-IS organization culture). The second step is using the Culture Transform Tools (CTT) to enhance the Performance (meaning TO-BE organization culture). The last step is using CVA to assess again for improvement. It is a PDCA cycle for culture development.