The Open University of Hong Kong (OUHK) organized the 1st "Testing and Certification Conference (TCC)" from 12 to 14 Nov 2014. It aimed to align with the Government's strategy and to drive the development of Testing and Certification (T&C) industry in Hong Kong. Hong Kong Society for Quality (HKSQ) and Hong Kong Science and Technology Park (HKSTP) are supporting organizations of the conference. I also attended the conference Day 2 and also took a photo with the first speaker Dr. KS Leung (Visiting Asso Professor, ABCT Dept., PolyU) in Day 1. 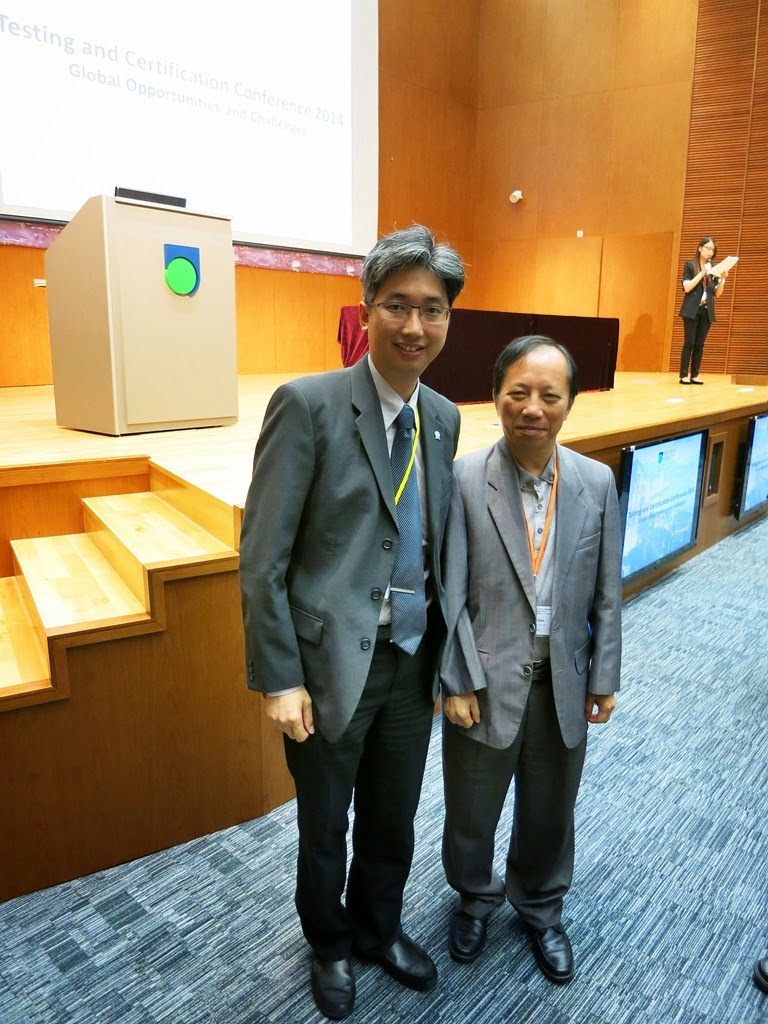 Dr. KS Leung was the first speaker and his topic entitled "Chemical Testing for Compliance Considerations". Dr. Leung explained the purposes of testing included investigation, compliance and evidence in legal proceedings and arbitrations. 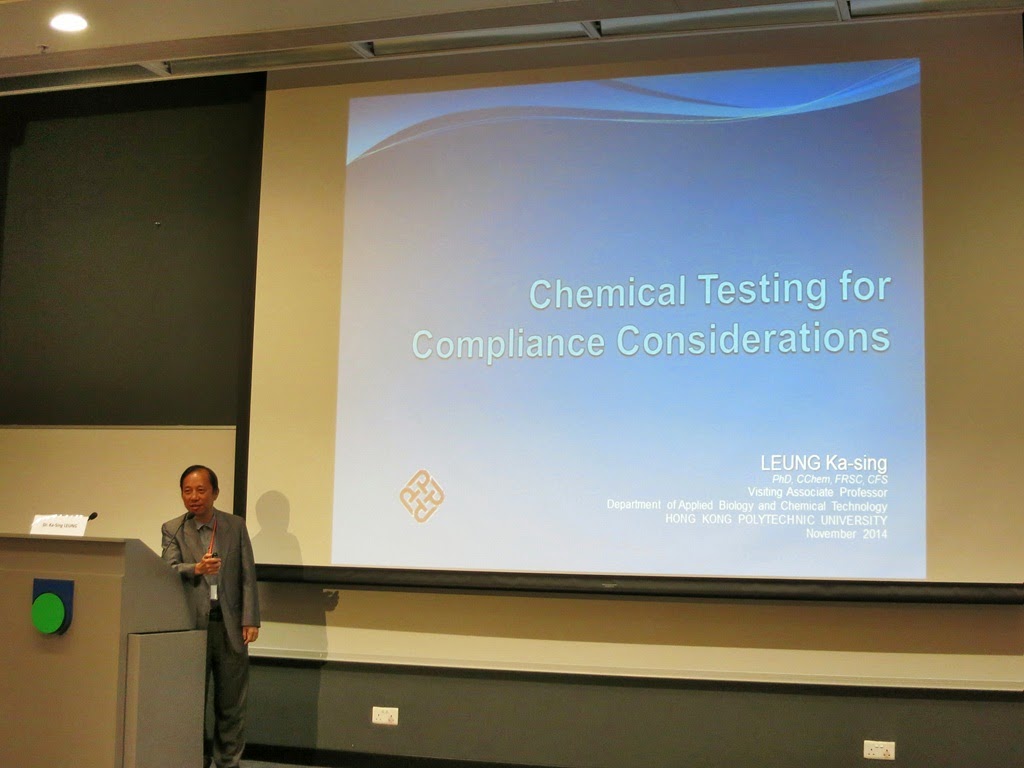 Dr. Leung mentioned the study of comparability and traceability of chemical measurements to ensure reliability of test results. He also discussed factors for consideration to interpret of food testing results included test methodology, nature of analyte, food categorization and other factors (e.g. baseline data). Finally, two case studies were discussed that one was Sorbic acid found in steamed barbecue pork bun and the other was Formaldehyde in fish. 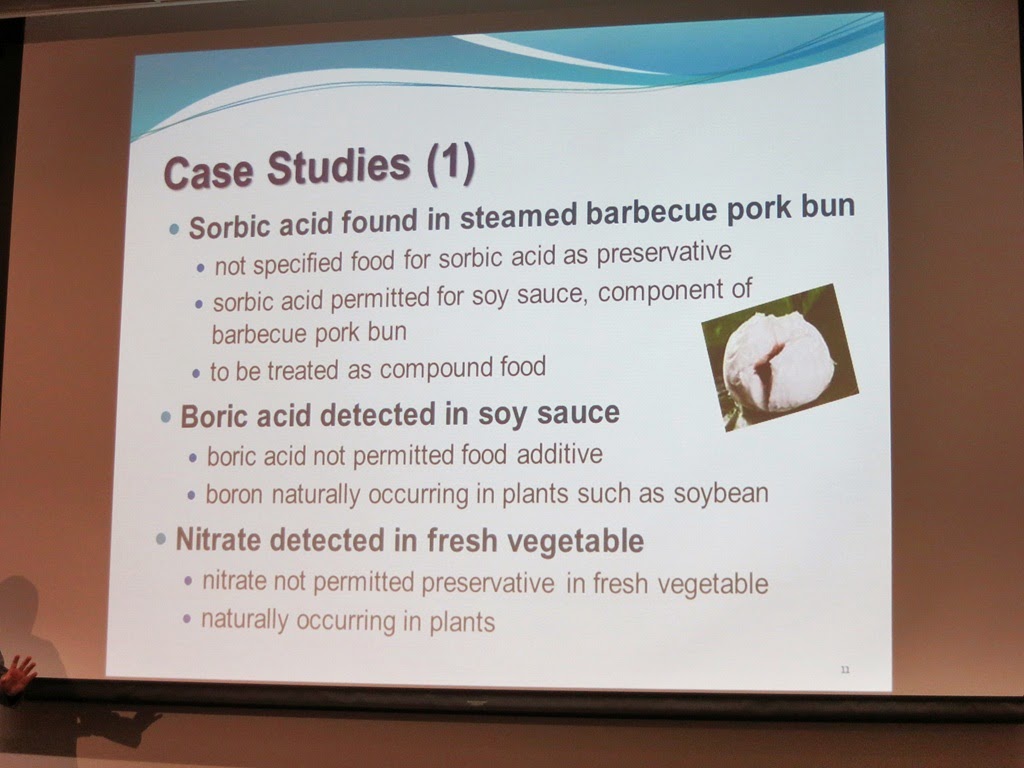 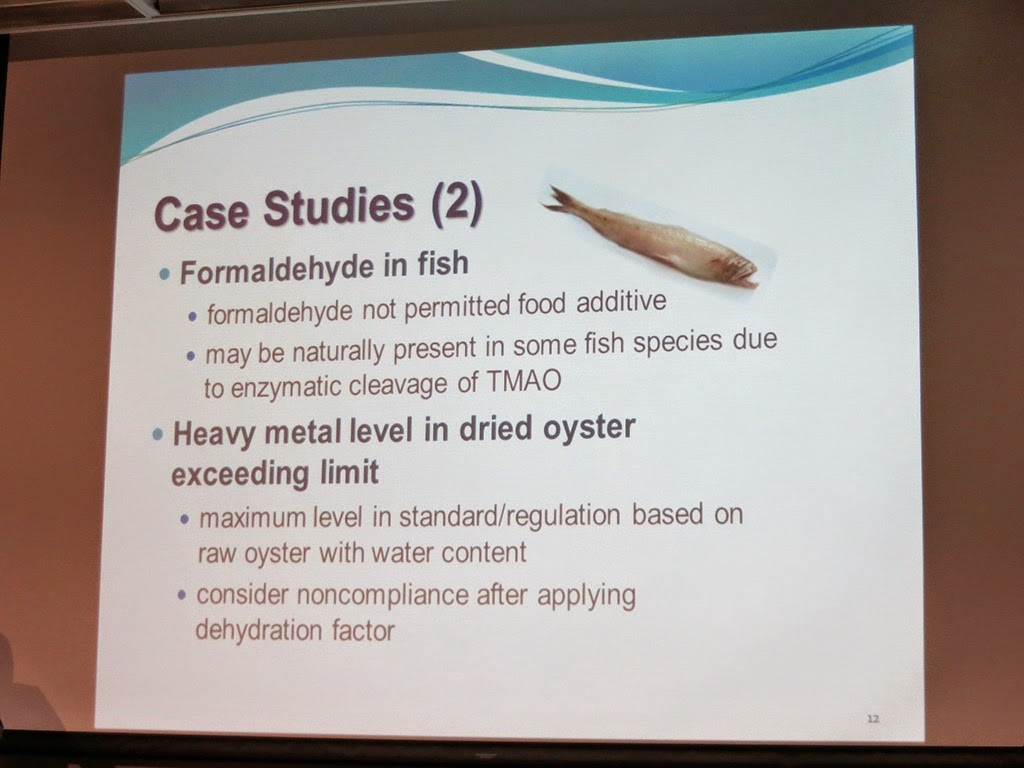 The second speaker was Dr. Steven SL Yang (Electronic Engineer, SCL) and his presentation named "Photometric and Radiometric Calibration Services at the HKSARG Standards and Calibration Laboratory (SCL)". Dr. Yang explained why photometry and radiometry were important; and then he introduced the photo biological safety requirement based on IEC 62471 for lamps & lamp systems. 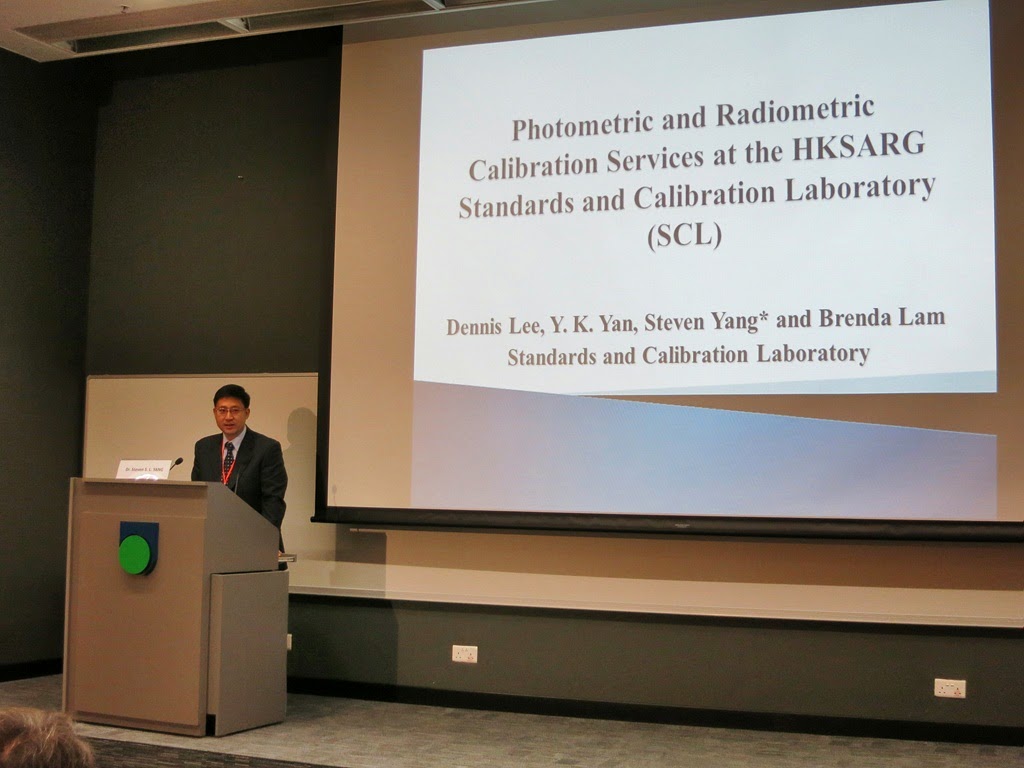 Then he compared different efficiency and lighting power among Incandescent, CFL, LED and Lumens. The SI based unit of luminous intensity (Candela) was briefed. Lastly, he introduced SCL Photometric Calibration Service on illuminance which calibrated by illuminance meters from 1 lx to 3000 lx at 2856K color temperation and its expanded uncertainty was 1.5%; and the other on Luminous Intensity which calibrated by standard lamps from 35 cd to 3500 cd with expanded uncertainty of 1.3%. 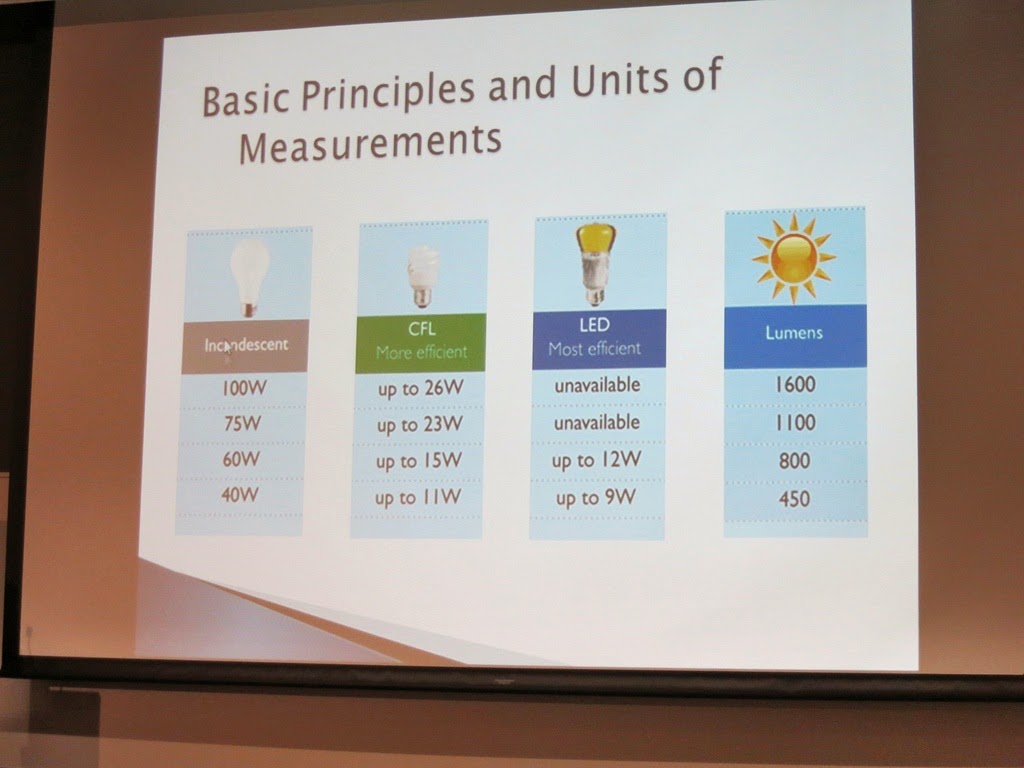 The third speaker was Dr. Kenneth WL Kam (Co-founder, Groken Bioscience, HK) and his presentation title was "The Challenges and Approaches to Assuring the Quality of Next Generation Sequencing (NGS) Based Testing – The Role of Hong Kong". Dr. Kam said next generation sequencing (NGS) as a game changer. High throughput of sequence analysis of large region of DNA massive parallel sequencing of DNA fragment would be realized. 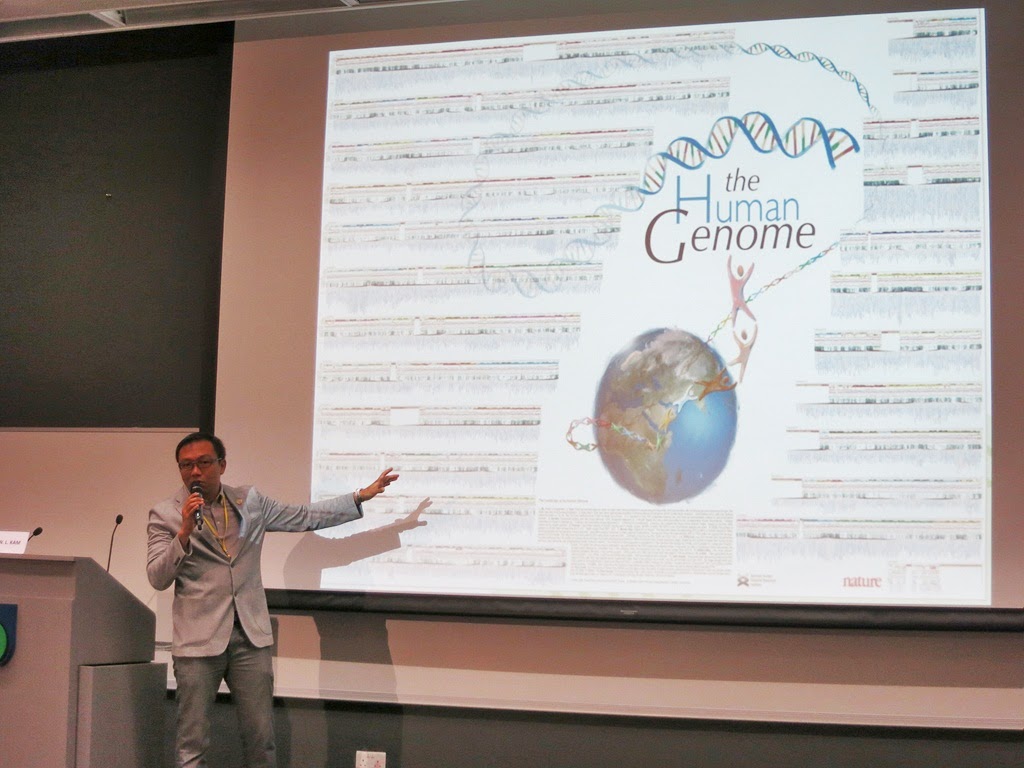 Then Dr. Kam briefed the testing process from Sample Preparation to Library Preparation those under Wet Lab, then from Sequence Generation, Sequence Analysis to Result Reporting which were under digital data analysis-Bioinformatics. Bioinformatics Analysis was separated into primary, secondary and tertiary. After that he explained their test development and validation as well as quality management. One of their challenges was common standards not fully established. He expected the role of Hong Kong to be proficiency testing provider and established reference materials. 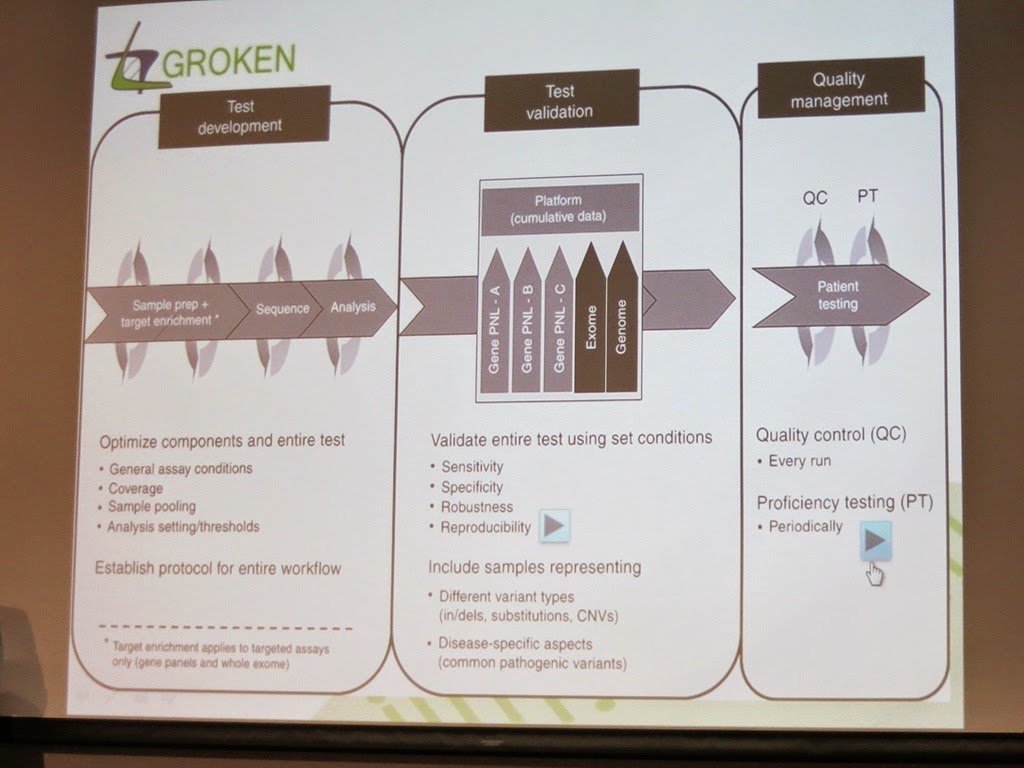 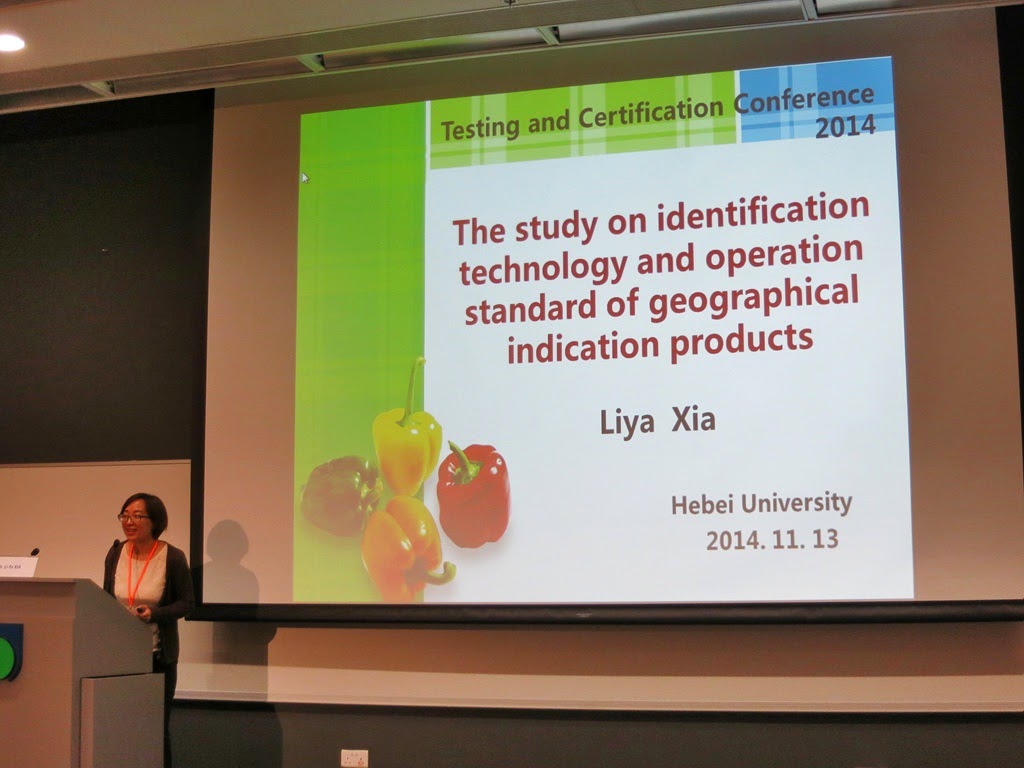 GIs are to identify a good as originating in the territory of a [WTO] Member or locality in that territory, where a given quality, reputation, or other characteristic of the good is essentially attributable to its geographical origin. Different GIs logos were shown in the following diagram. The technology of determining the geographic origin of GIs included Isotope Ratios, Elements Fingerprints, Near IR spectroscopy, Organic and Anions Fingerprints. The statistical techniques were used such as PCA, Linear Discriminant Analysis (LDA), Cluster Analysis, etc. 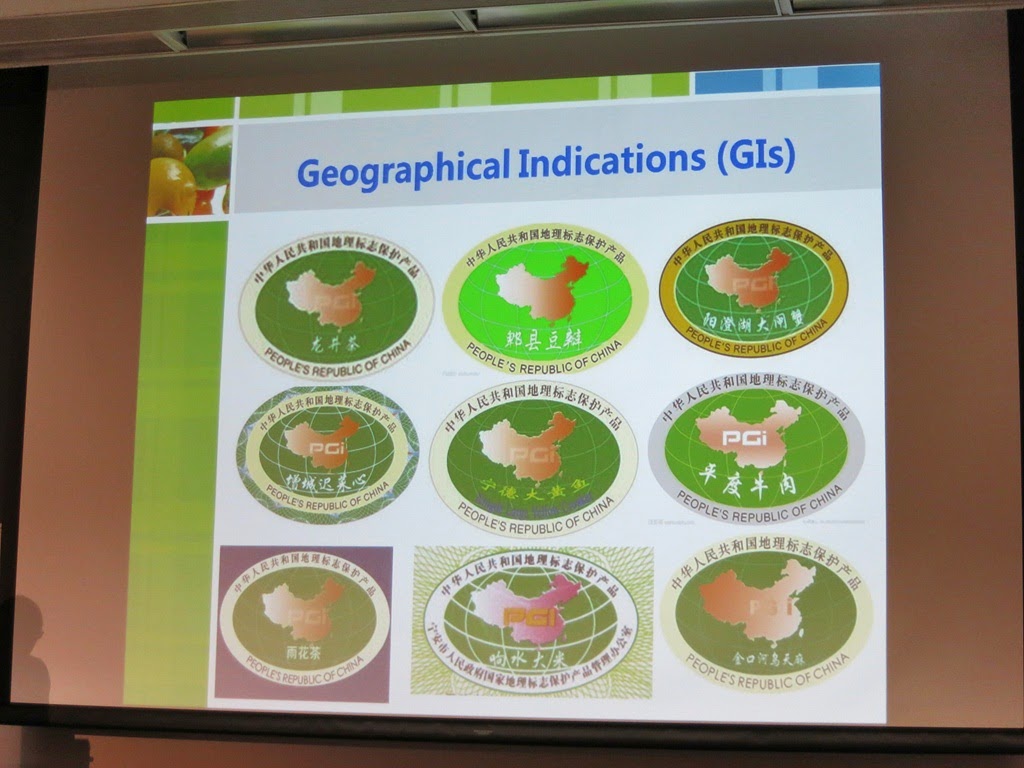 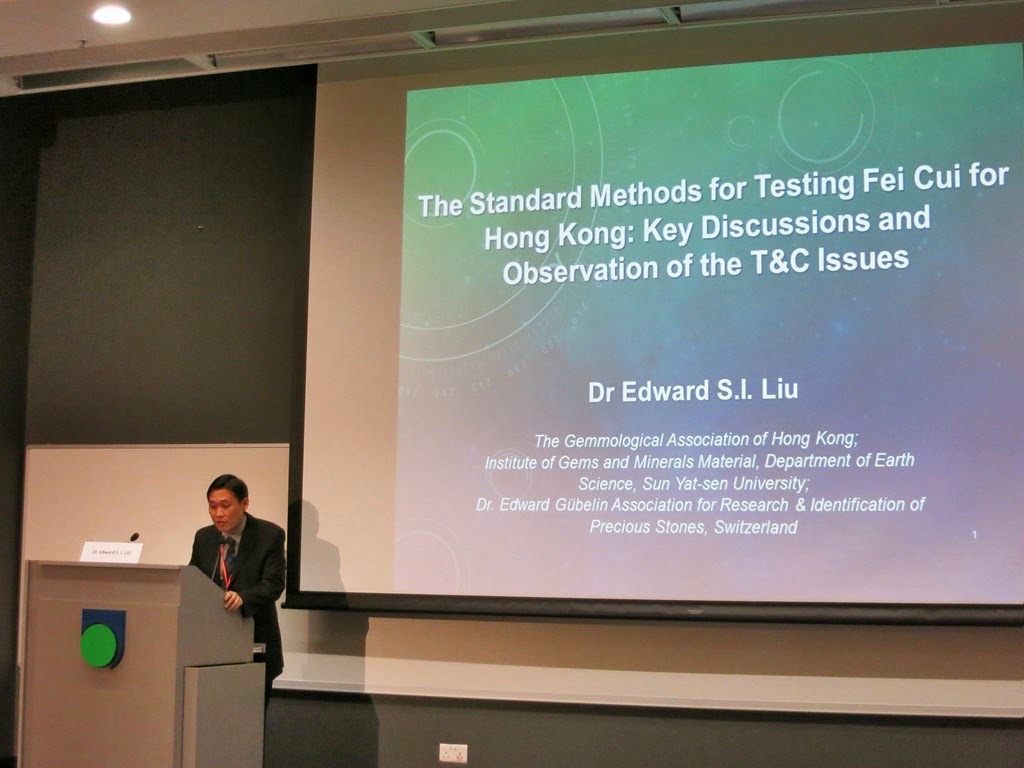 Dr. Liu said Jade could be separated into Jadeite and Nephrite according to their hardness. However, Jadeite is not necessary equal to Fei Cui. The following diagram showed different Fei Cui raman spectra. Lastly, Dr. Liu concluded Jadeite Jade was widely understood both by the fei cui industry and consumers but they might still not familiar with Omphacite and Kosmochlor. 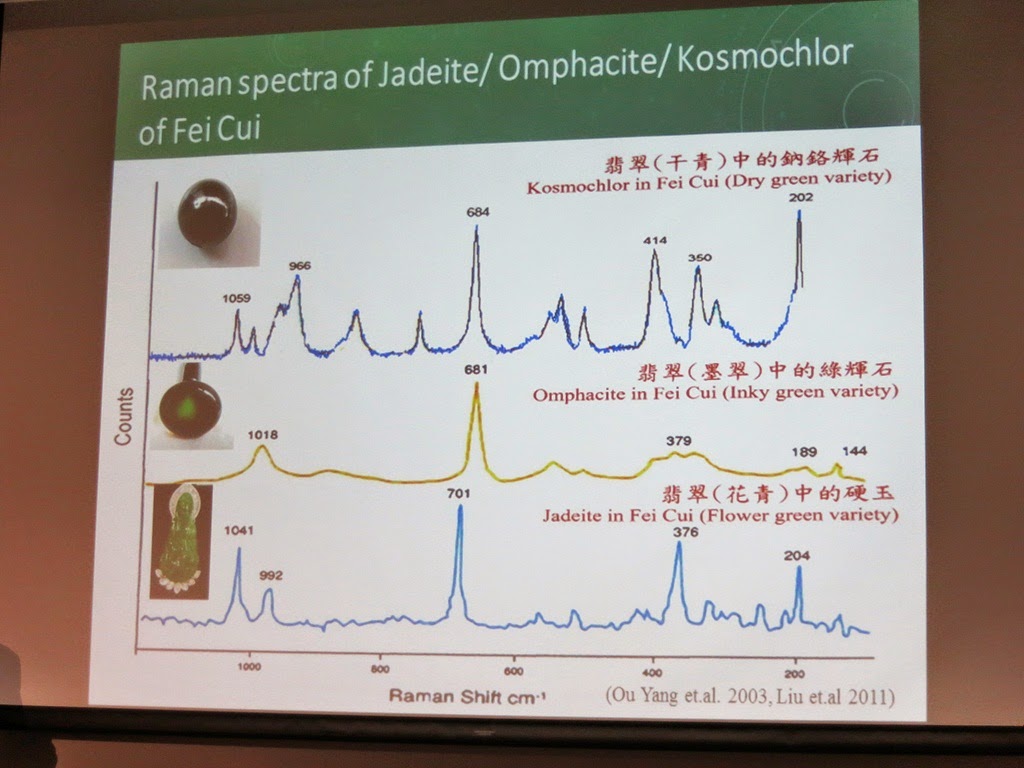 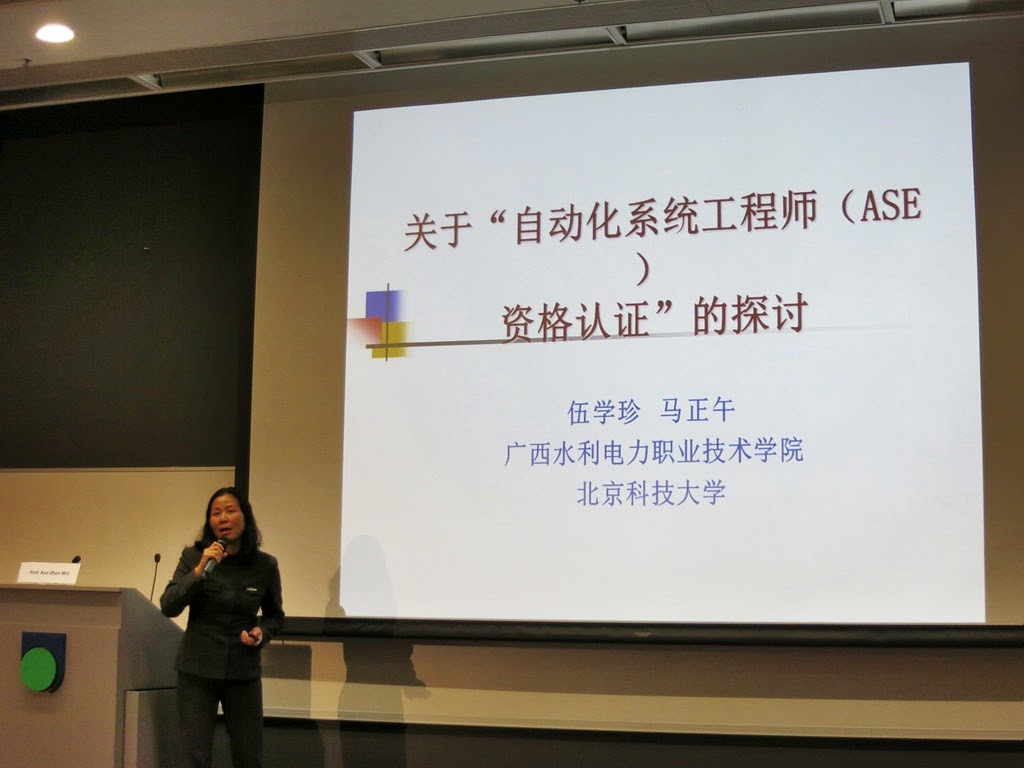 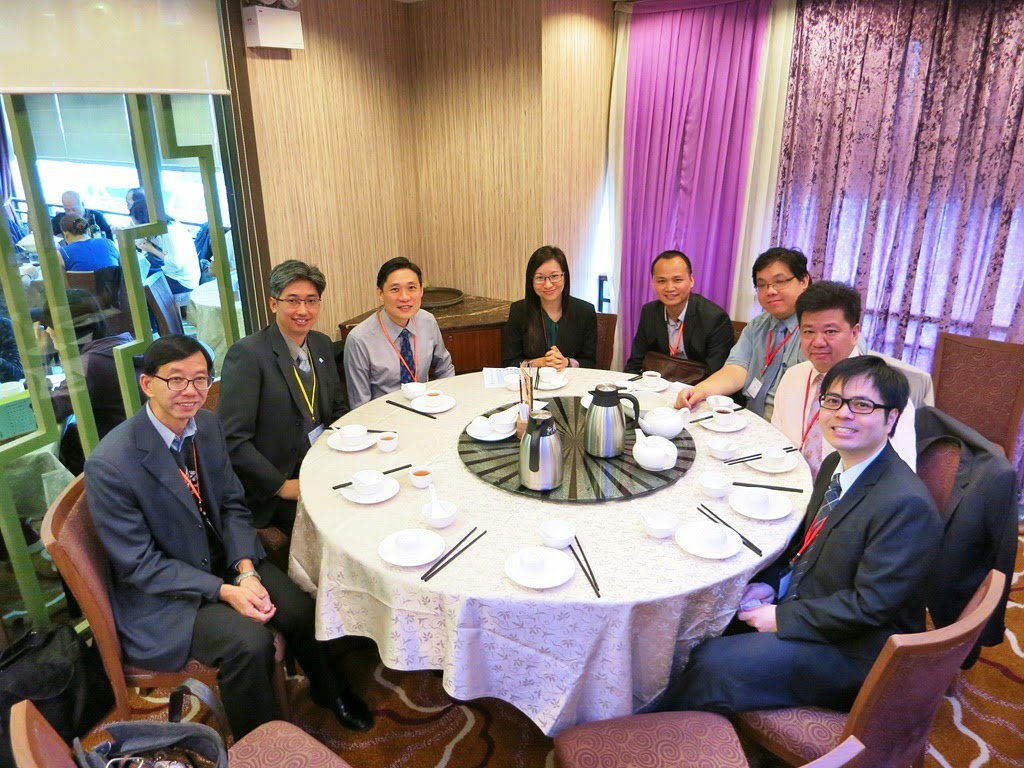 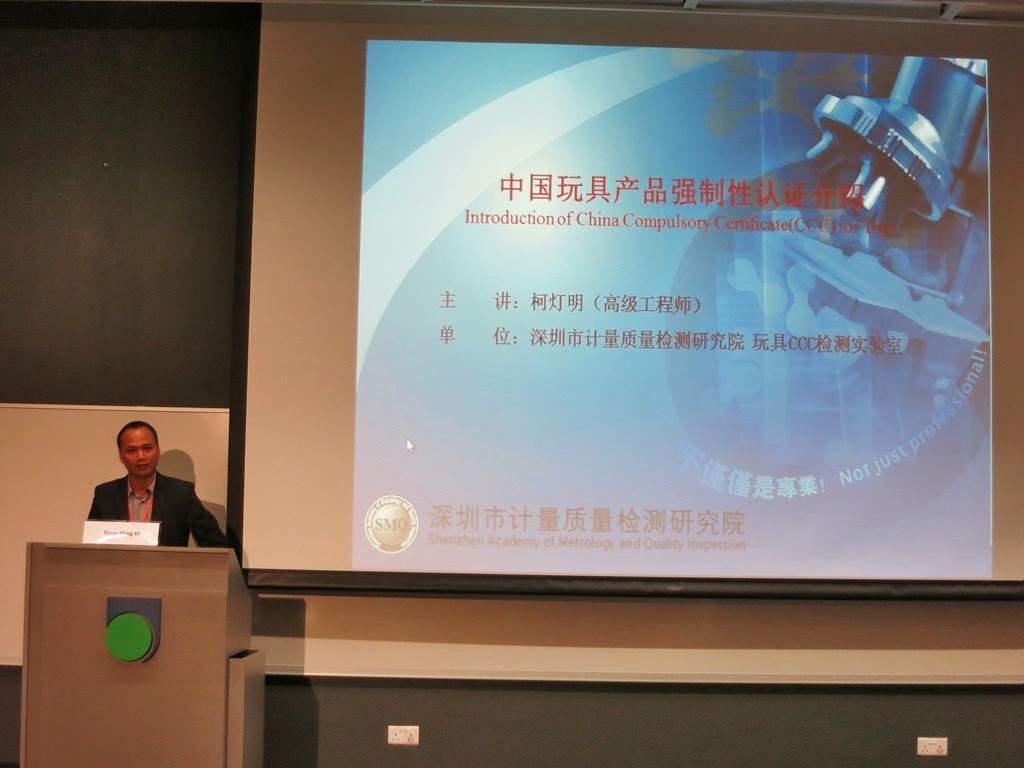 Before 2003, there were two systems for product safety certification. After 1st Aug 2003, it integrated into one CCC system for WTO. Then Mr. Ke briefed six types of toys under CCC requirement. 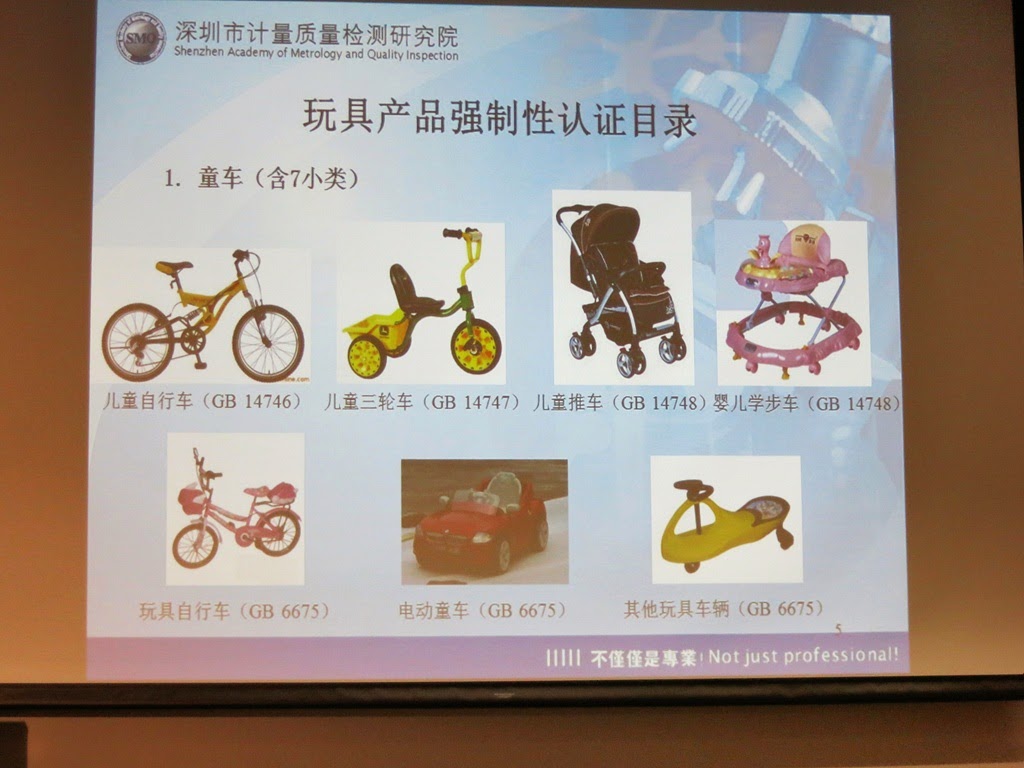 I (Manager of Quality System, HKSTPC) was the eighth speaker and my talk named “Measurement Traceability of Advanced Microscopy under HOKLAS Scheme”. Firstly, I introduced different types of laboratories in Science Park and our accredited laboratories under Technology Support Centre. 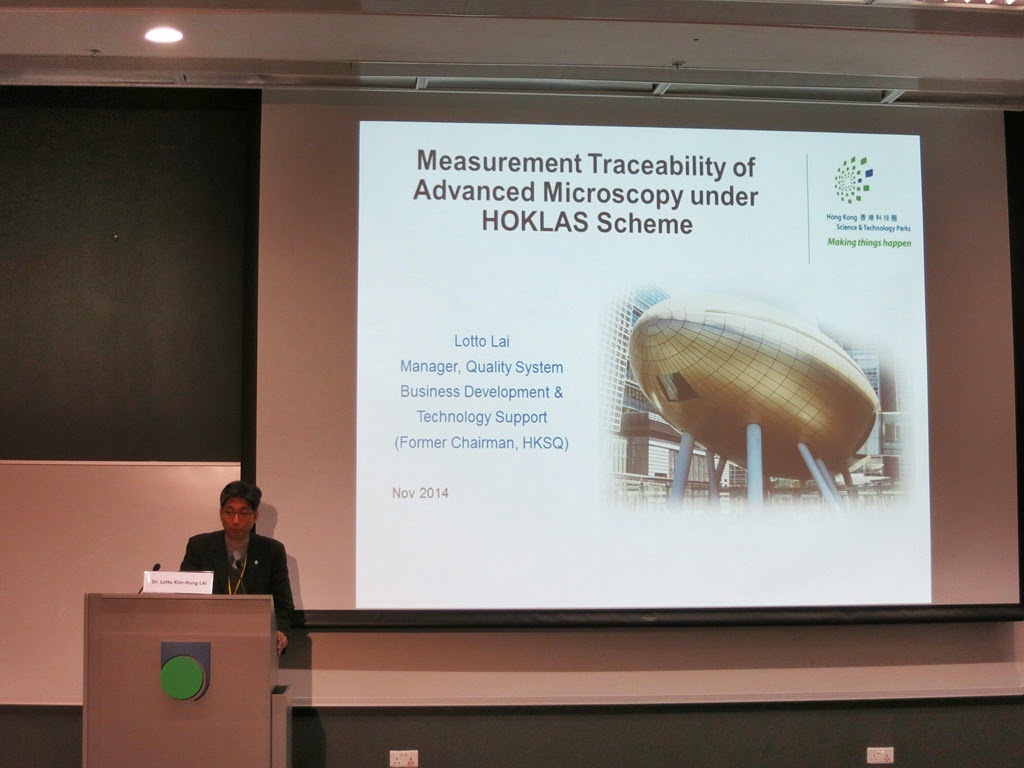 Then I briefed the techniques of Scanning Electron and Acoustic Microscopy which we applied for HOKLAS accreditation. The traceability of reference standards and uncertainty models were also discussed. 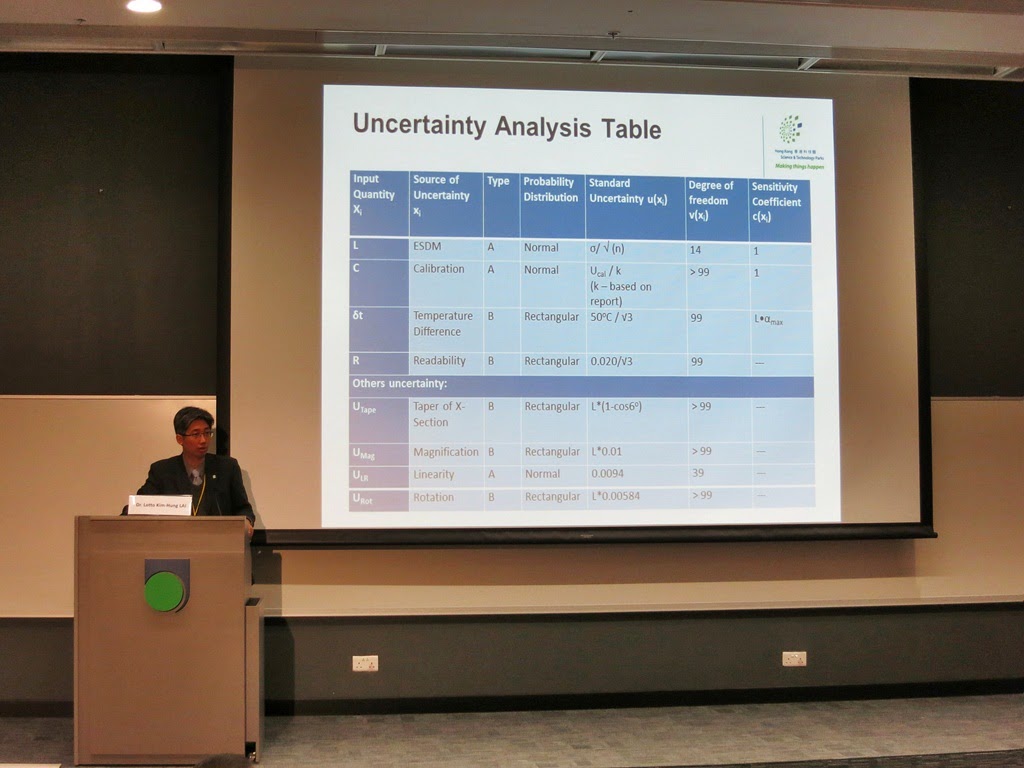 After presentation, I received a souvenir from Dr. George HK Lau. 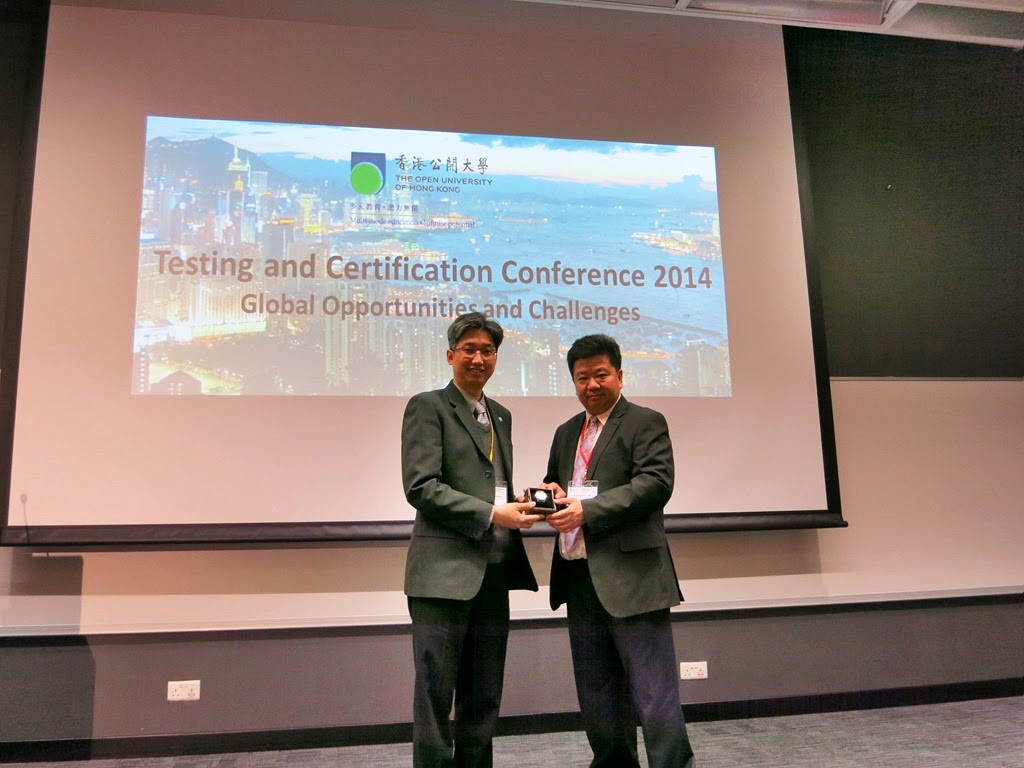 Dr. Xue-Ping Chen (CTO, Vitargent (International) Biotechnology Limited) was the ninth speaker and her presentation entitled “The Beauty of Applying Biotests to Food Safety Monitoring”. Dr. Chen explained the importance of Biotest because unanticipated toxiacants usually went undetected and effective toxicity was not able to be calculated reliably. Then Dr. Chen shared several examples such as Estrogens, and Edible oil. 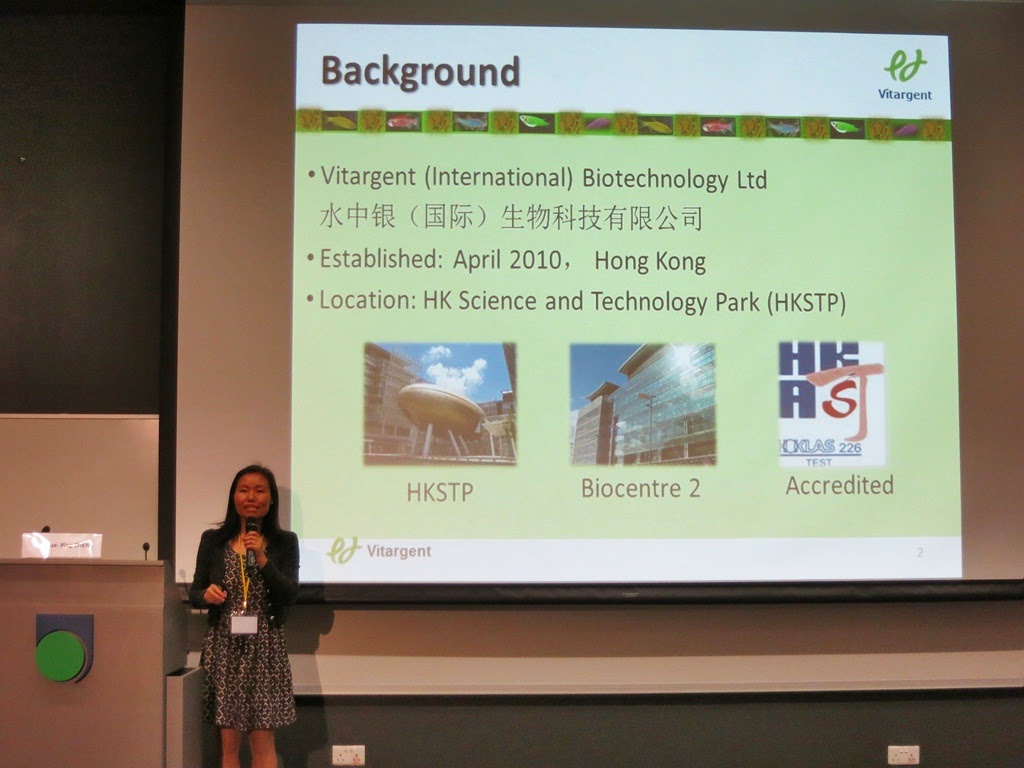 The preliminary result of edible oil test between good and bad quality oils was discussed. Finally, Dr. Chen said Biotest used for certification mark could help industry identify problems and improving product safety so as to distinguish good products from others. 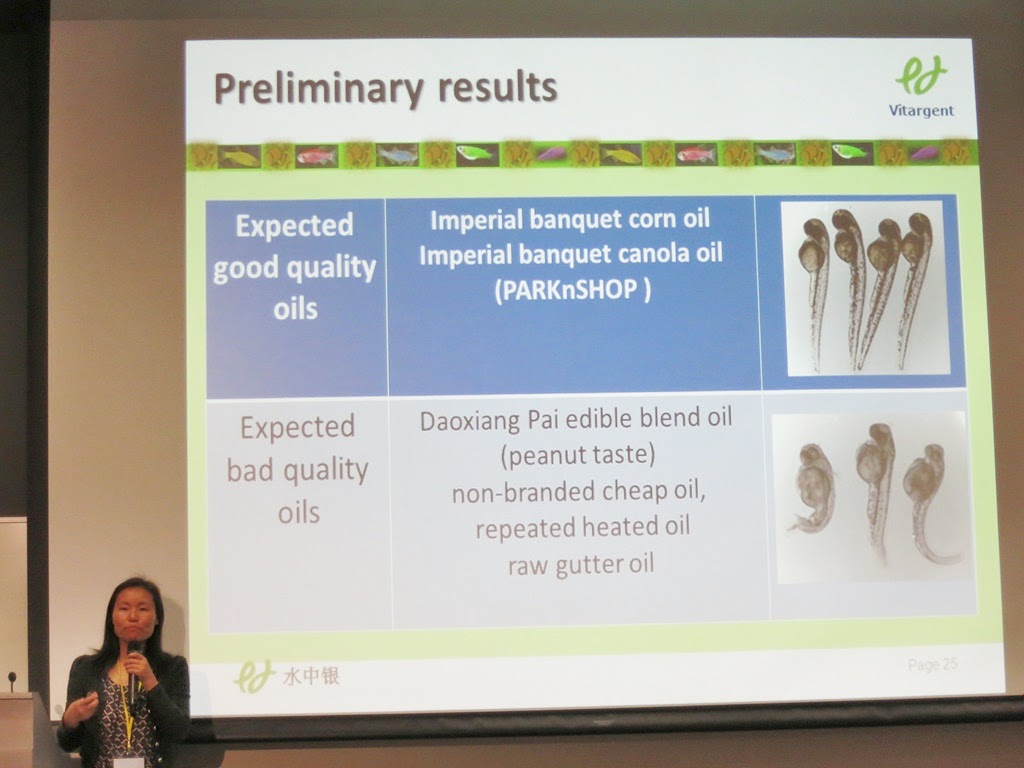 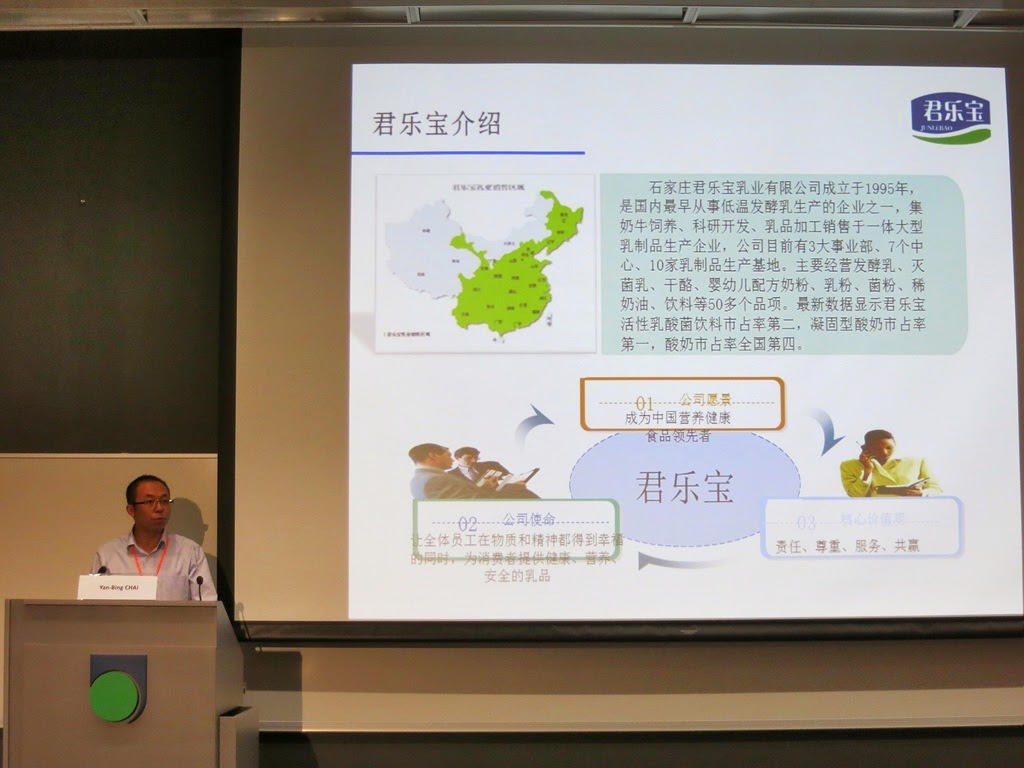 One of interested test was selected 20 staff for faeces test included color and hardness.
The color outcome could be verified through another research below.
(The stool’s color is mainly from bilirubin, a reddish-yellow bile pigment produced in the liver from the hemoglobin contained in old red blood cells. Bilirubin’s color varies with acidity.
Acidic environment: Yellow
Neutral environment: Orange to brown
Alkaline environment: Greenish- or Blackish-brown.
Refer to Yoshio Aso (1997) “Lactic Acid Bacteria and Cancer Prevention” Shufunotomo) 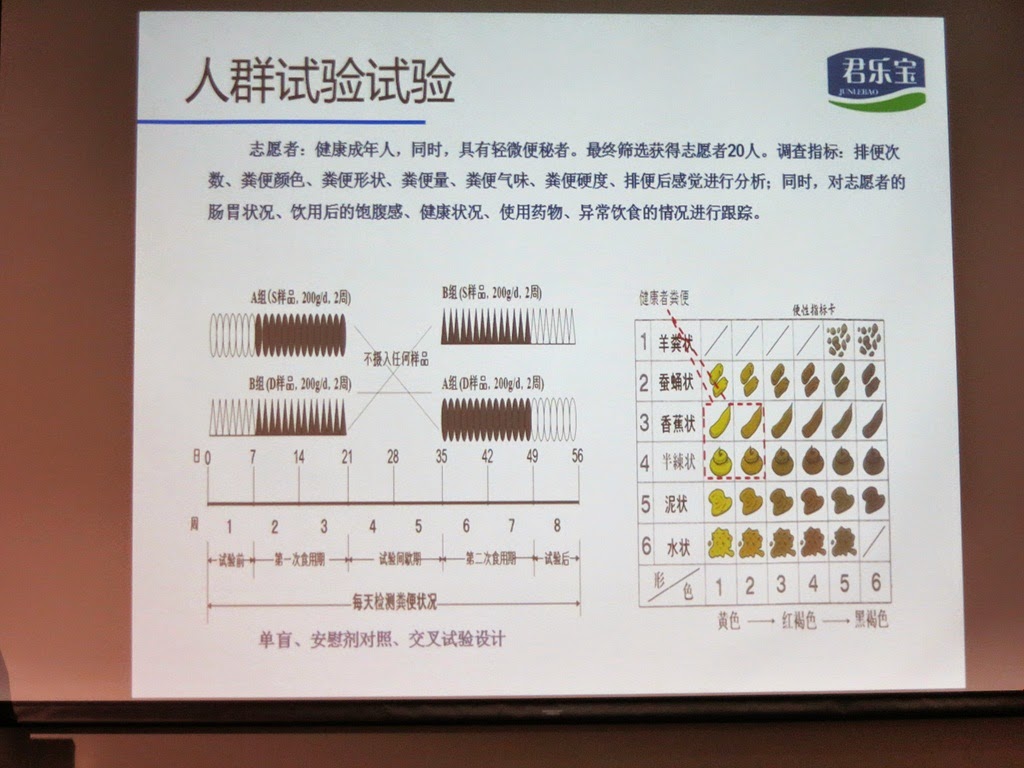 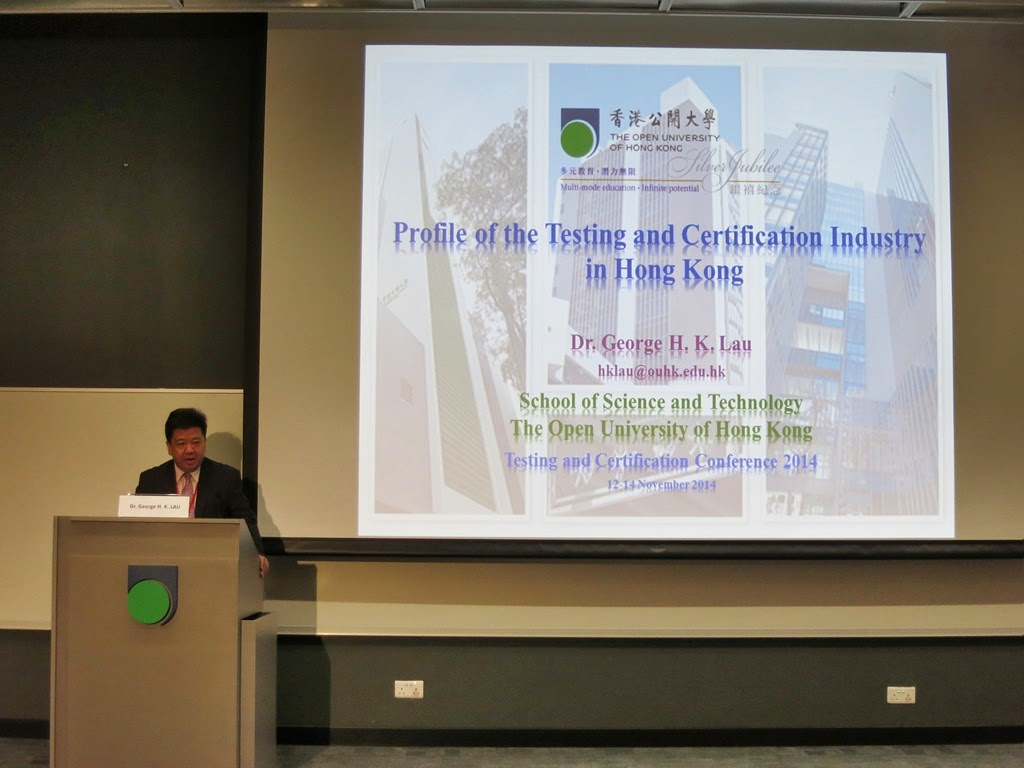 From the statistic data from 2009 to 2012, T&C service section had better value added compared with others. Dr. Lau concluded that China had created both opportunities and challenges for the local T&C industry and Hong Kong had an excellent reputation in high integrity of practitioners which was the core element for the T&C industry. 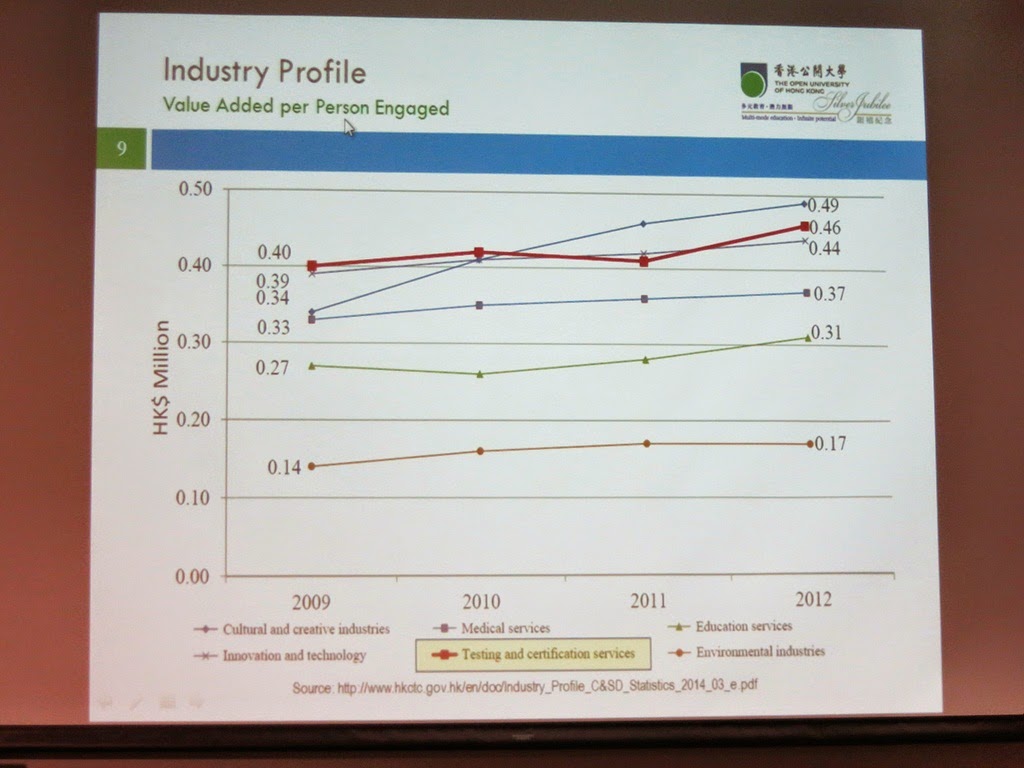