The Topic of ASQ Influential Voice in December is not defined and free. I would like to discuss the organizational motion (implied organizational change / performance improvement) phenomena which could be explained by using Newton's Laws of Motion. 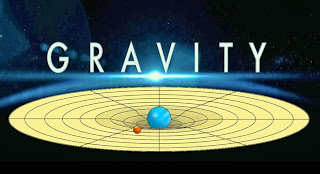 Newton's Second Law: The change of momentum per second is proportional to the applied force and the momentum change takes place in the direction of the force. (A force (F) acts on object which is equal to its change in momentum (mass x velocity) per second (F = ma))
(In Chinese: 增力加速。)

Newton's Third Law: Action and reaction are always equal and opposite. (F = -F)
(In Chinese: 對等抗力。)

Sometime too much force to change organization practice will cause bad results such as strike.

How can we overcome these laws in order to achieve organizational motion (implied organizational change / performance improvement) smoothly? Reference to the book "The Power of Pull", we should not consider and focus on the traditional Push System. The Pull System like "Gravity", which attract everything automatically, should be considered seriously. The Power of Pull can create sustained extreme performance improvement for big and small companies .