The visit after the seminar "The historical development of Sheung Wan Hong Kong Island for the past 100 years" organized by Hong Kong Society for Quality (HKSQ) on 26th Jan 2013. The visit aimed that our members, whose put aside the day-to-day management work, understand our community in the view of the history and culture of Hong Kong.

Mr. CP Chow (Former Chairman of HKSQ and Vice-Chairman of Hoi Bun Heritage Docents Society) who was our guide to arrange a walk on 26th Jan 2013 (Saturday Morning). We gathered in Sheung Wan MTR station at 9:30am. 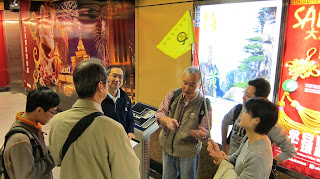 We started our walk at Western Market and took a group photo. 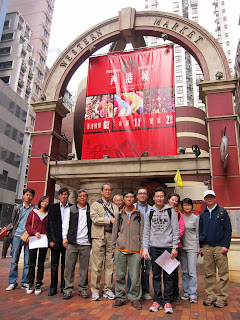 CP explained the building design of that market. 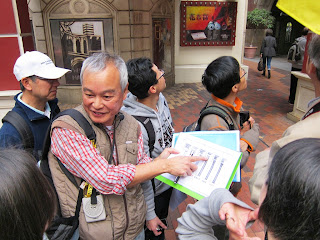 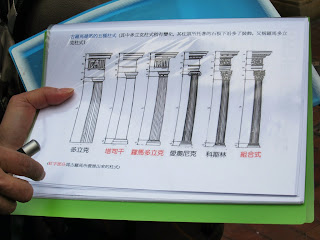 Western Market employed the "Tuscan column" (塔司干柱式) and the type of brick bond named "English Bond" (英式砌合法). This bond consists of alternate course of headers & stretches.In this arrangement,vertical joints in the header courses come over each other & the vertical joints in the stretcher course are also in the same line. (In Cantonese: 丁順隔皮砌式) 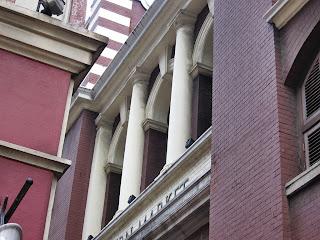 Then we passed the Jervois Street. Its Chinese name was renamed from "乍畏街" to "蘇杭街". This old building kept the old Chinese street name. 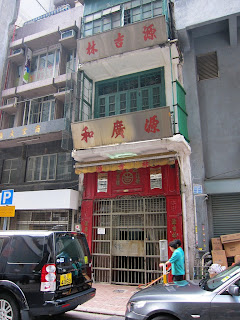 After that we left up the Ladder Street (樓梯街) and passed through Upper Lascar Row. In this Row, there were many different souvenir shops. 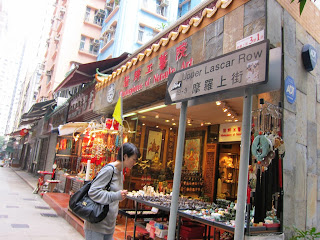 We arrived the first station named "Man Mo Temple" (文武廟). It is a temple for the worship of the civil or literature god Man Tai (文帝) / Man Cheong （文昌） and the martial god Mo Tai (武帝) / Kwan Tai (關帝). In the past, Chinese people avoided to go to policy station, many arguments were solved in Man Mo Temple (Chinese Style). 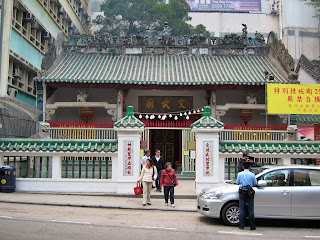 A plaque named "神威普佑" was entitled by Guangxu (光緒皇) in Qing dynasty. 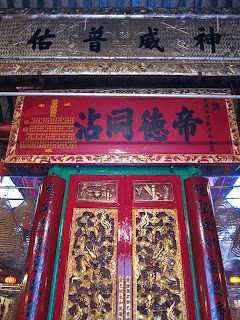 The second station was Chinese YMCA which was established by George Williams in 1844. Mr. Lu Xun (魯迅) presented in the hall and his topics named "無聲的中國" and "老調子已經唱完" in 18 Feb 1927. 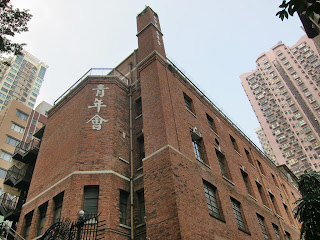 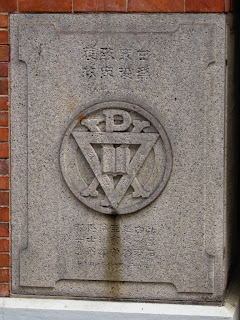 We passed the U Lam Terrace (儒林臺) and many celebrities lived here. 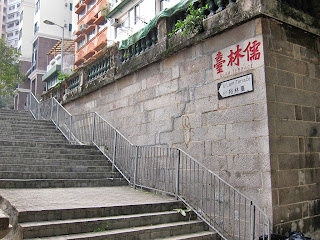 The next station was the Hong Kong Museum of Medical Sciences. 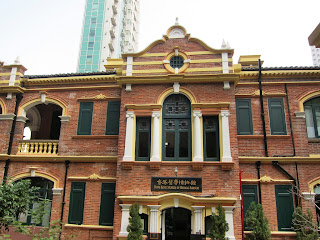 Firstly, we saw an introductory video to understand the history of the Hong Kong plague in 1894. 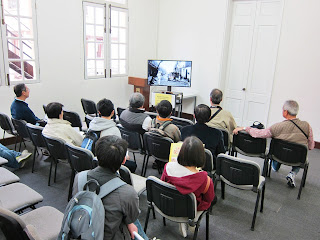 The demo laboratory was showed. The technician inspected the mouse to identify the plague. 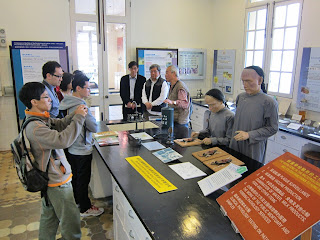 After that CP introduced the Taipingshan Medical Heritage Trail. 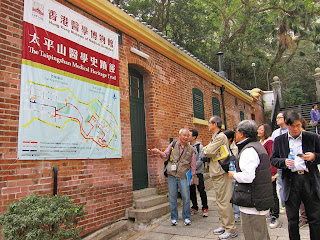 The sculpture named "Alexandre Yersin" who identified the plague through the mouse lymph. 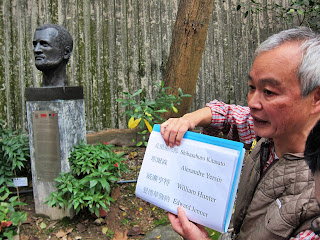 The old restaurant was not in business. The boss sold soft drink in the past. 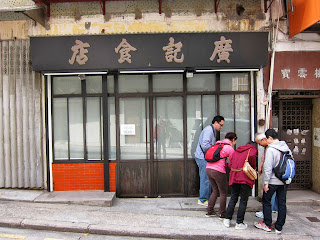 It was found very interesting old bottle opener in the road. 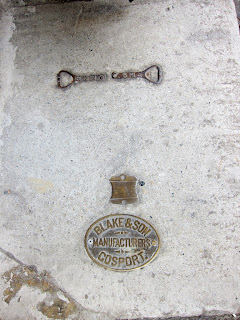 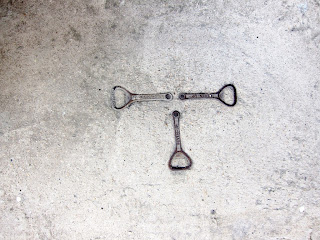 The next station was "People Temple" (百姓廟) which was established in 1856. 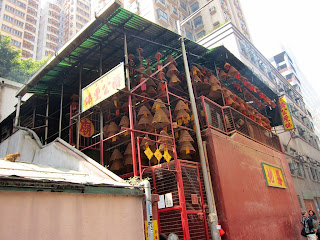 Tung Wah Hospital (東華醫院) was established in 1872. The history stated at http://www.tungwah.org.hk/?content=317 . 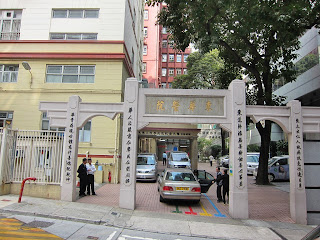 After the morning walk, we understood more about Hong Kong Island and then we had lunch together for sharing.