Paul Borawski has initiated a topic in February for ASQ Influence Voices that "How can we, those who understand, use, and love science and technology, pass it along?" It is a very interesting subject for me because I have serviced in Hong Kong Science and Technology Parks since 2003 and my service scope is in the science area. I believe education for teenagers to enhance their understanding and interest on science and technology is very important. In Hong Kong, it is a business city (money-driven value). Many secondary school students incline to select business related topics for their future study in university such as Business, Finance, Account and Management, etc. It is because their parent expect such subjects would give their children a better future career.

Therefore, when top students select business related subjects in university, the others take science and technology because they have no choice. Some professors had told me that top teachers teach a relatively lower rank students in science and technology in Hong Kong. After experiencing different financial crises in 1997/1998, 2001, 2003 and 2008, people change their mindset that business is not the only way to be studied in Hong Kong to have a brighter future.

Hong Kong Government has further promoted the InnoTech Month from the annual Innovation Festival which was launched in 2005. It aims to provide more opportunities for the public, in particular the younger generation, to experience Hong Kong’s achievements in innovation and technology aspects. It also emphasizes the importance of such achievements to our future development with a view to enhancing their interest in innovation and technology and nurturing more talent in this field. With this initiative, the InnoCarnival 2010 kicked off at Hong Kong Science Park in Sha Tin to promote innovation and technology culture among the community. One year after, HKSTPC joined hands with the Innovation and Technology Commission (ITC) and Hong Kong Federation of Youth Groups to introduce InnoCarnival 2011. 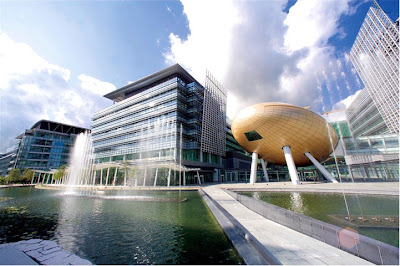 Let me share with you what is happening in my country, Argentina, about those careers; I would love to have your comments.